The discovery of gold in 1851 is one of the most extraordinary chapters in Australian history, transforming the economy and society and marking the beginnings of a modern multi-cultural Australia. It also led to the creation of the nation’s first gold coin, the 1852 Adelaide Pound. 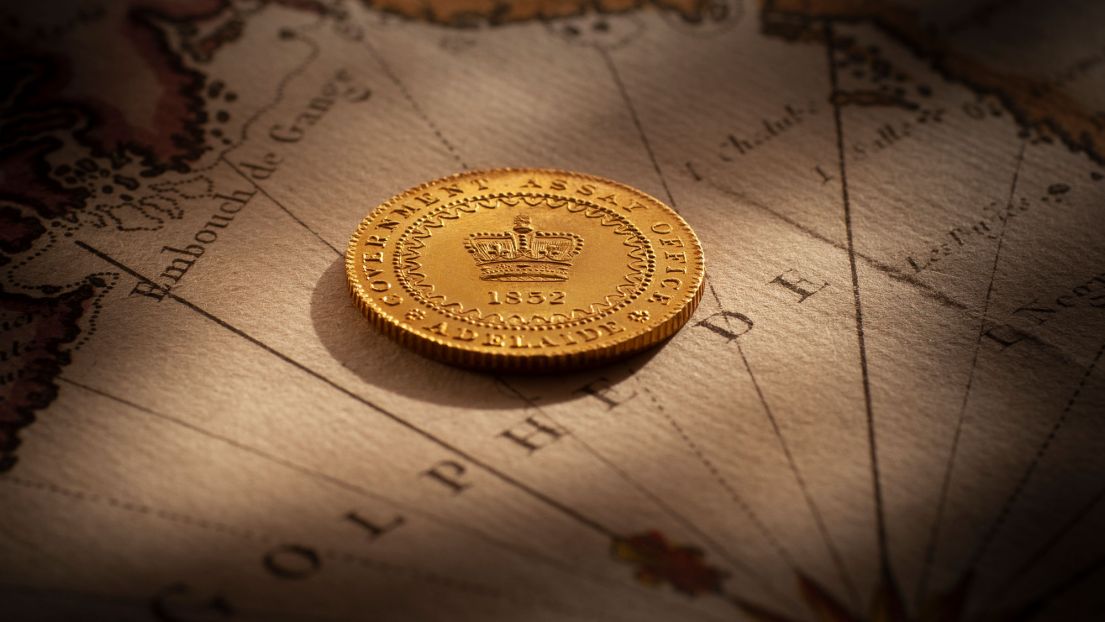 On 9 January 1852, over 130 leading businessmen and a further 166 merchants met with Lieutenant Governor Sir Henry Young and pressured him to start up a mint to convert the raw gold into coin. The intention was that the mint would purchase gold from the Victorian fields at a higher price than paid in Melbourne.

The Bill was read and promptly passed three readings and was then forwarded to the Lieutenant Governor and immediately received his assent.

Within a week 600 gold coins (known today as the 1852 Adelaide Pound) had been delivered to the South Australian Banking Company, 100 of which were sent to London.

The Bullion Act had a lifetime of only twelve months. By the time the legislative amendments were passed to enact the production of gold coins, the Act had less than three months to run. As a consequence, only a small number of Adelaide Pounds were struck (24,768) and very few actually circulated.

That goes a long way towards explaining why so few Adelaide Pounds survive today (approximately 250) and why the highest-quality examples command such high prices.