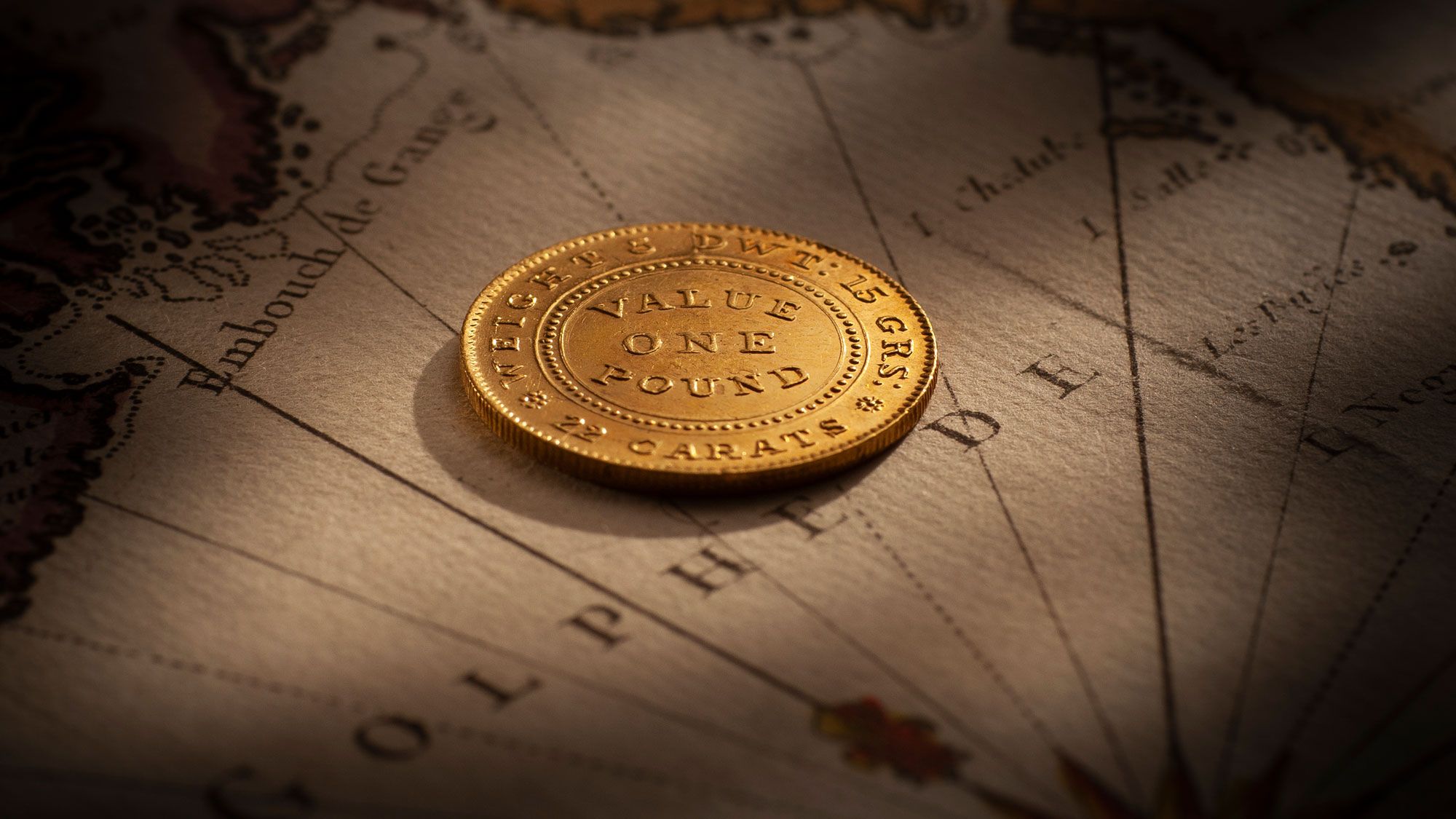 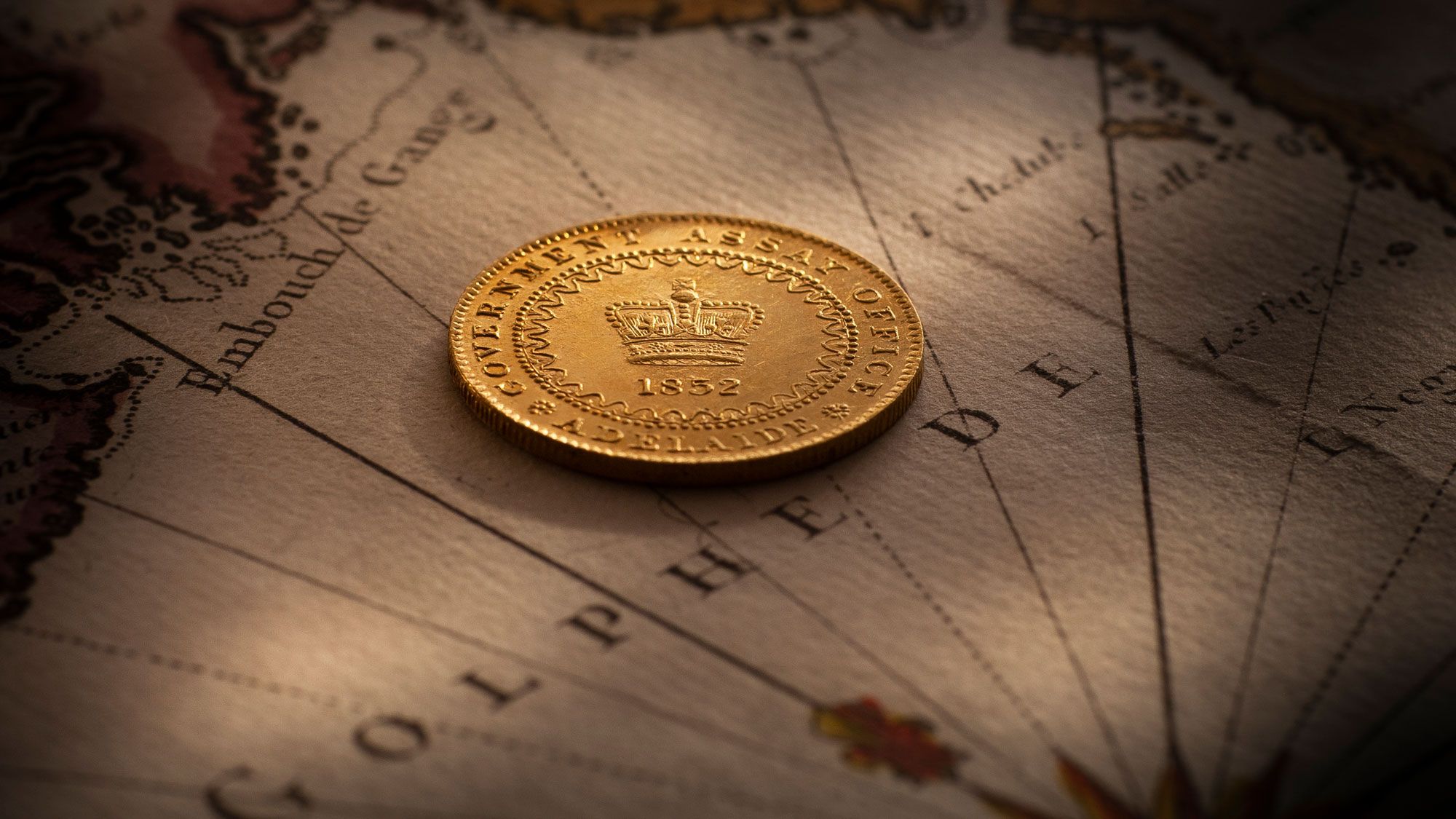 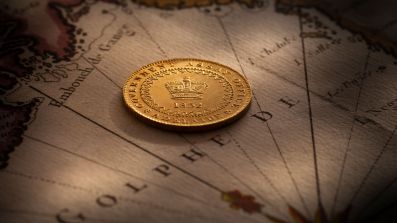 The Assay office had opened nine months earlier on 10 February 1852, its sole purpose to assay gold nuggets brought from the Victorian goldfields and to re-shape them into ingots.
No minting expertise was required in the casting of the ingots.

Every ingot had its own unique shape and size depending on the weight of gold assayed.
Nine months later, following agitation from Adelaide’s business community, legislation was passed that authorised the Government Assay Office to strike gold coins.

Suddenly precision was required. The design was intricate, created by colonial die-sinker and engraver, Joshua Payne. So, it was always going to be a tough ask for a factory to start churning out currency to a defined weight and design.
In the very first run, disaster struck. And the die cracked. 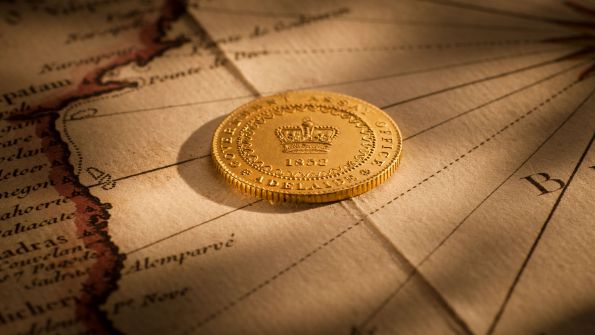 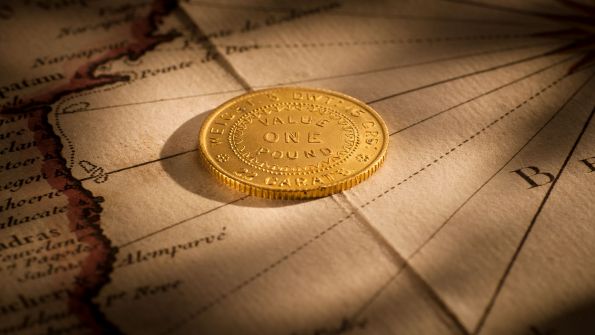 The collector that is keen to acquire an example of the nation's very first gold coin, the 1852 Adelaide Pound, has two options.

The first is the ‘Cracked Die’ Adelaide Pound featuring the tell-tale crack in the 'DWT' section of the legend. As less than 40 coins are known, the Cracked Die comes with a hefty price tag. In excess of $100,000 for most examples.

The very reason why the majority of collectors opt for the second option of acquiring an Adelaide Pound struck with the second reverse die featuring the crenelated inner circle.

Still a very rare coin with perhaps 250 examples known but presented in a far more affordable price range, upwards of $20,000 for a nice example. 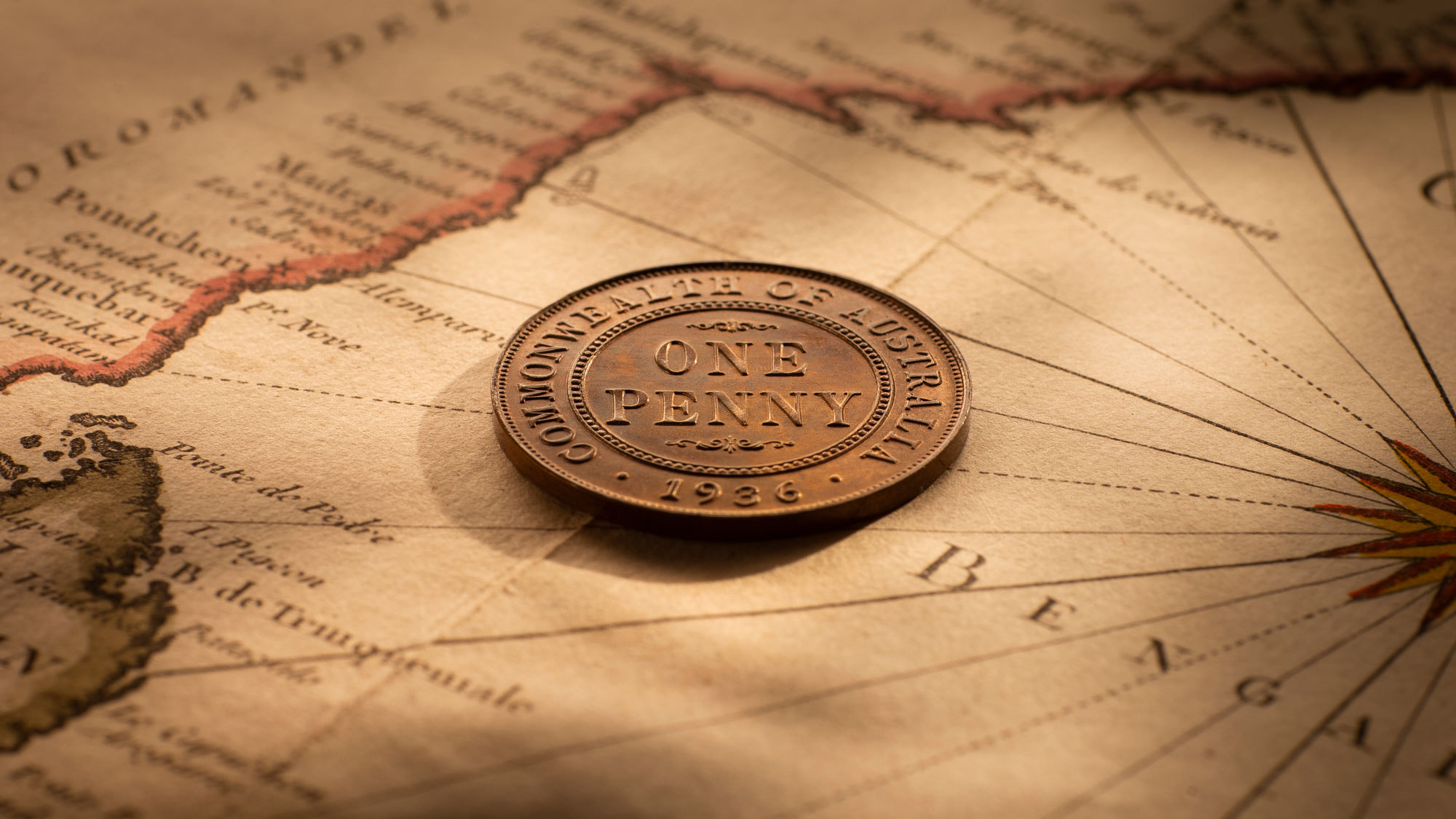 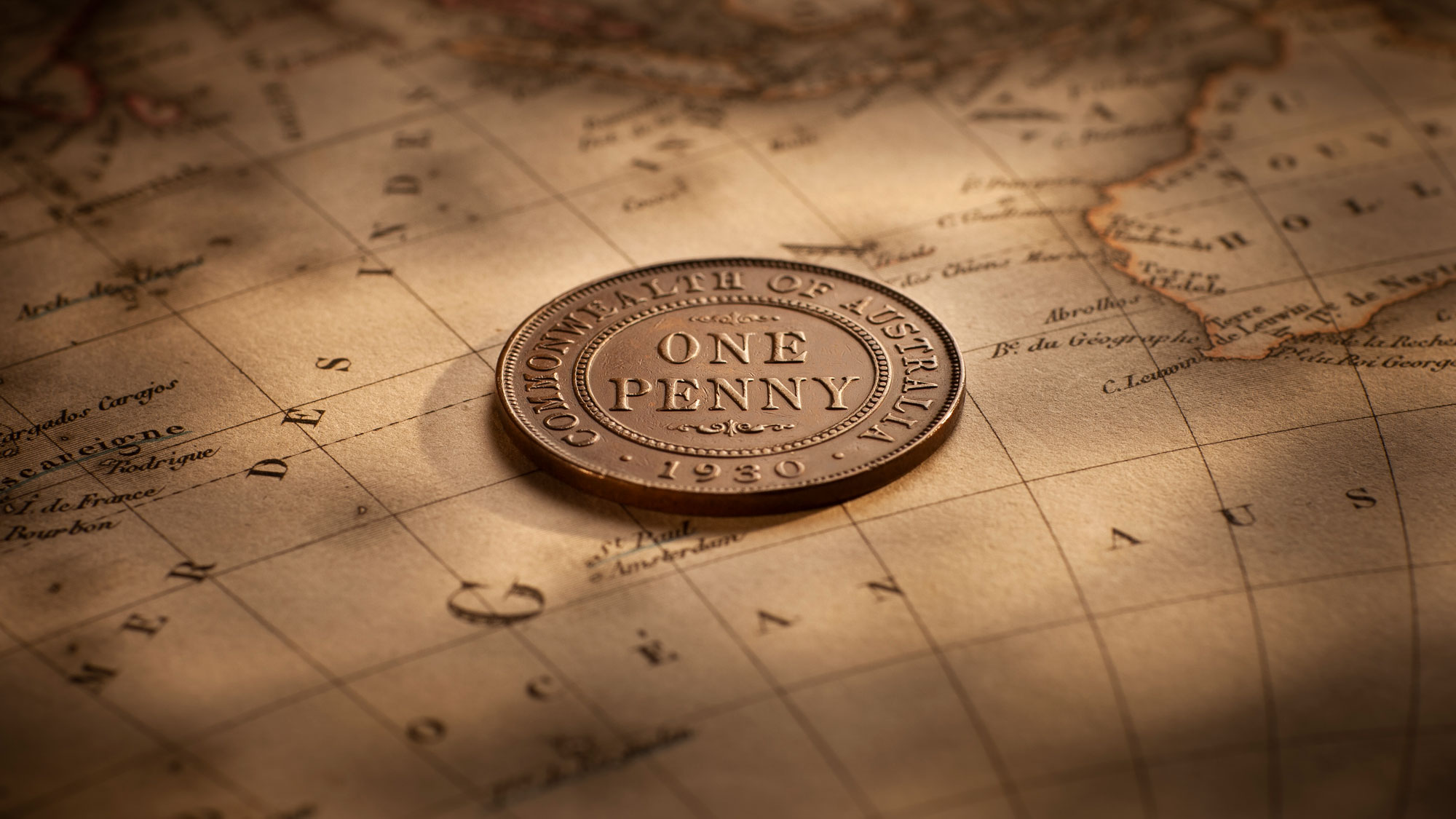 1930 Penny, with a partial central diamond and six pearls. And our bonus offer of a free 1923 Halfpenny. 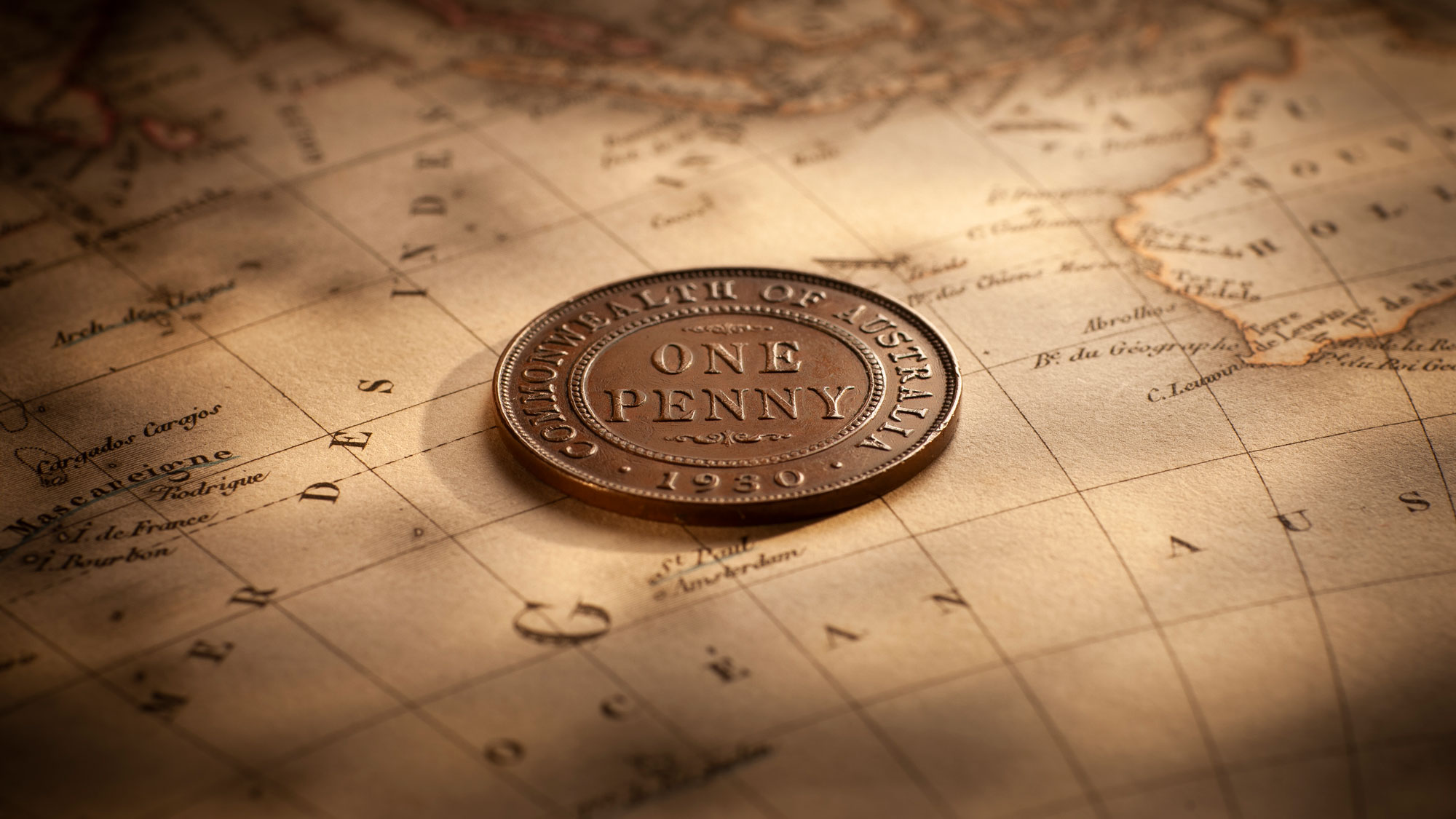 1930 Penny, with an almost complete central diamond and six pearls. And our bonus offer of a free 1923 Halfpenny. 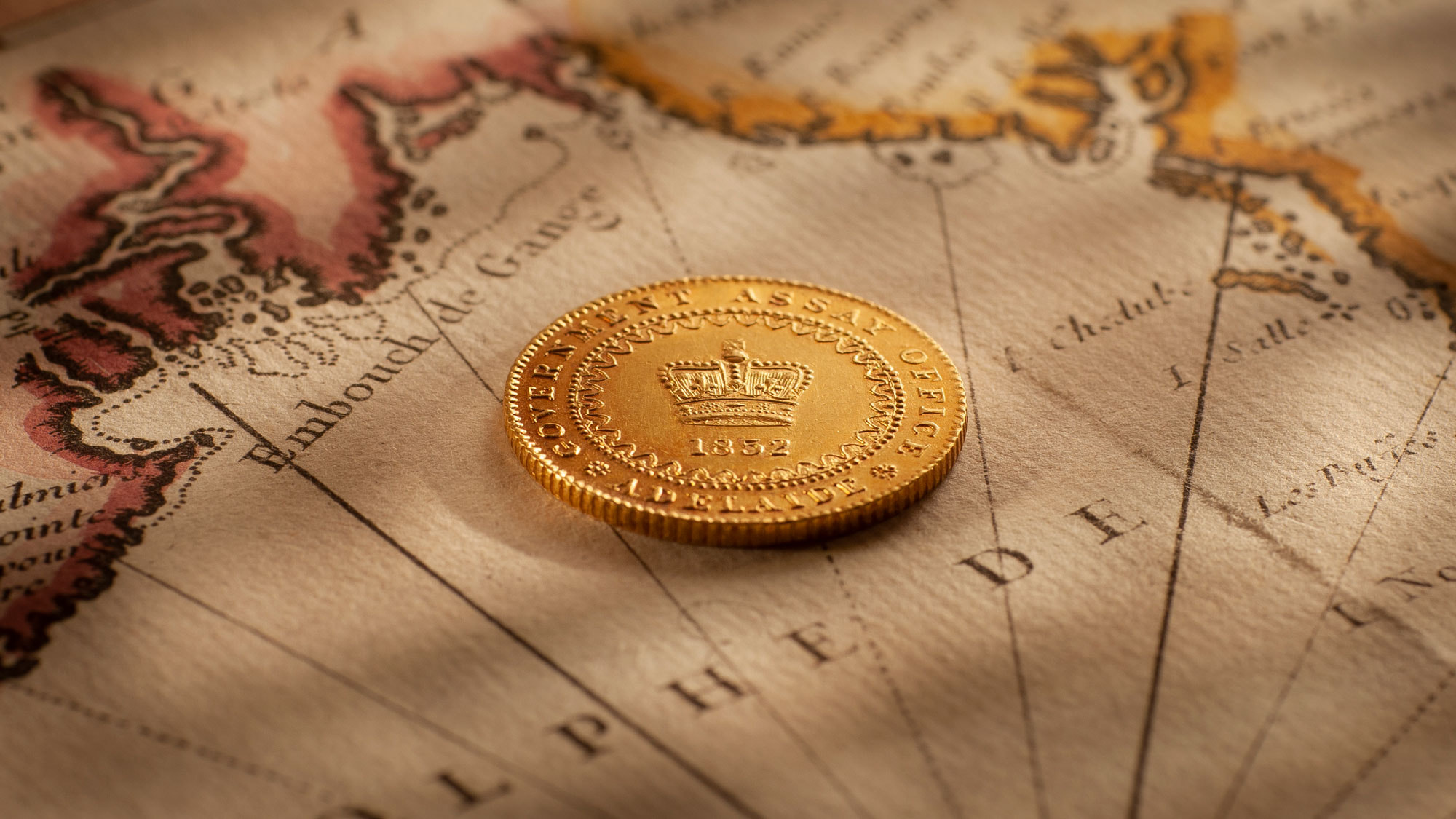 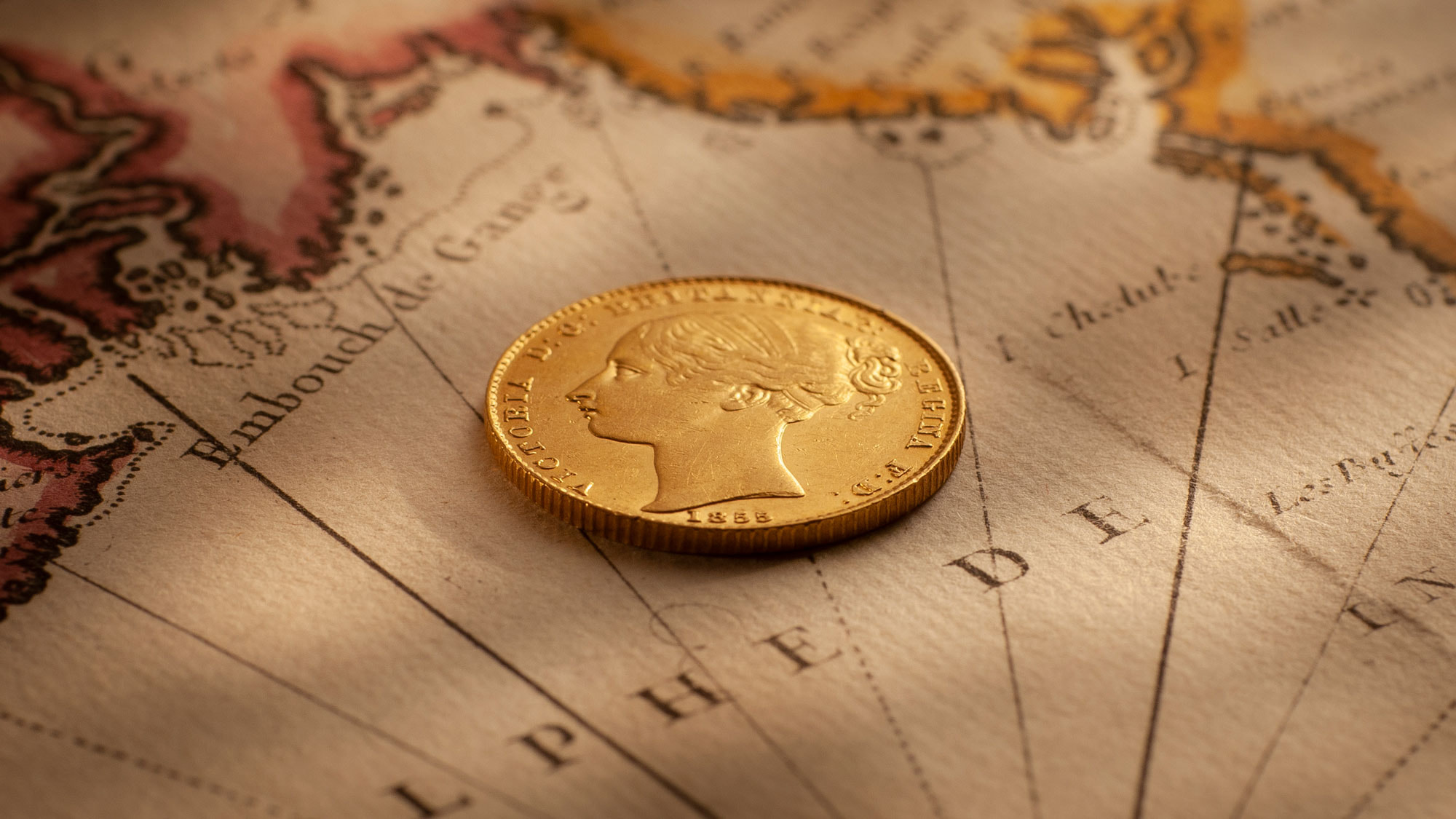 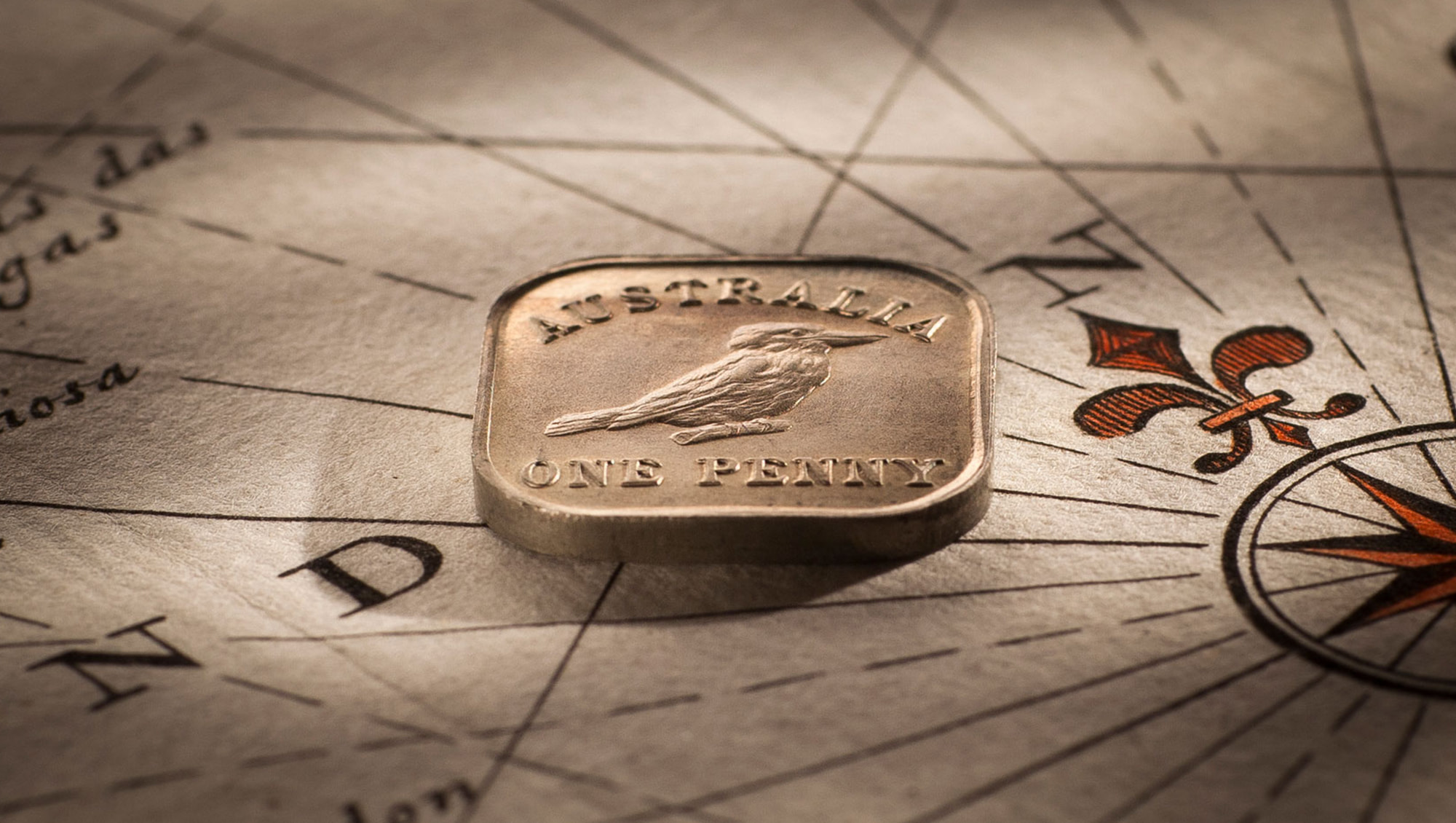 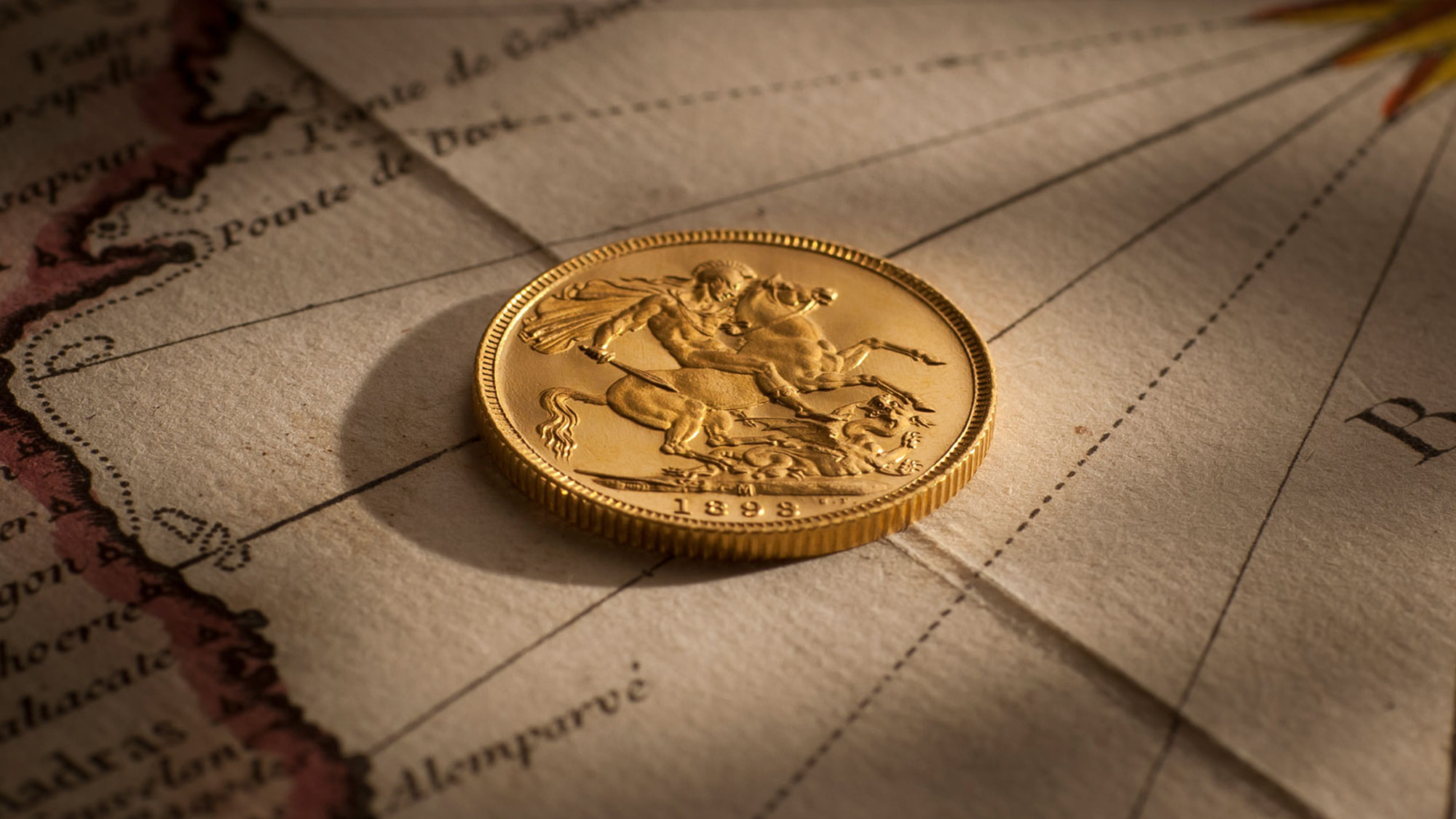 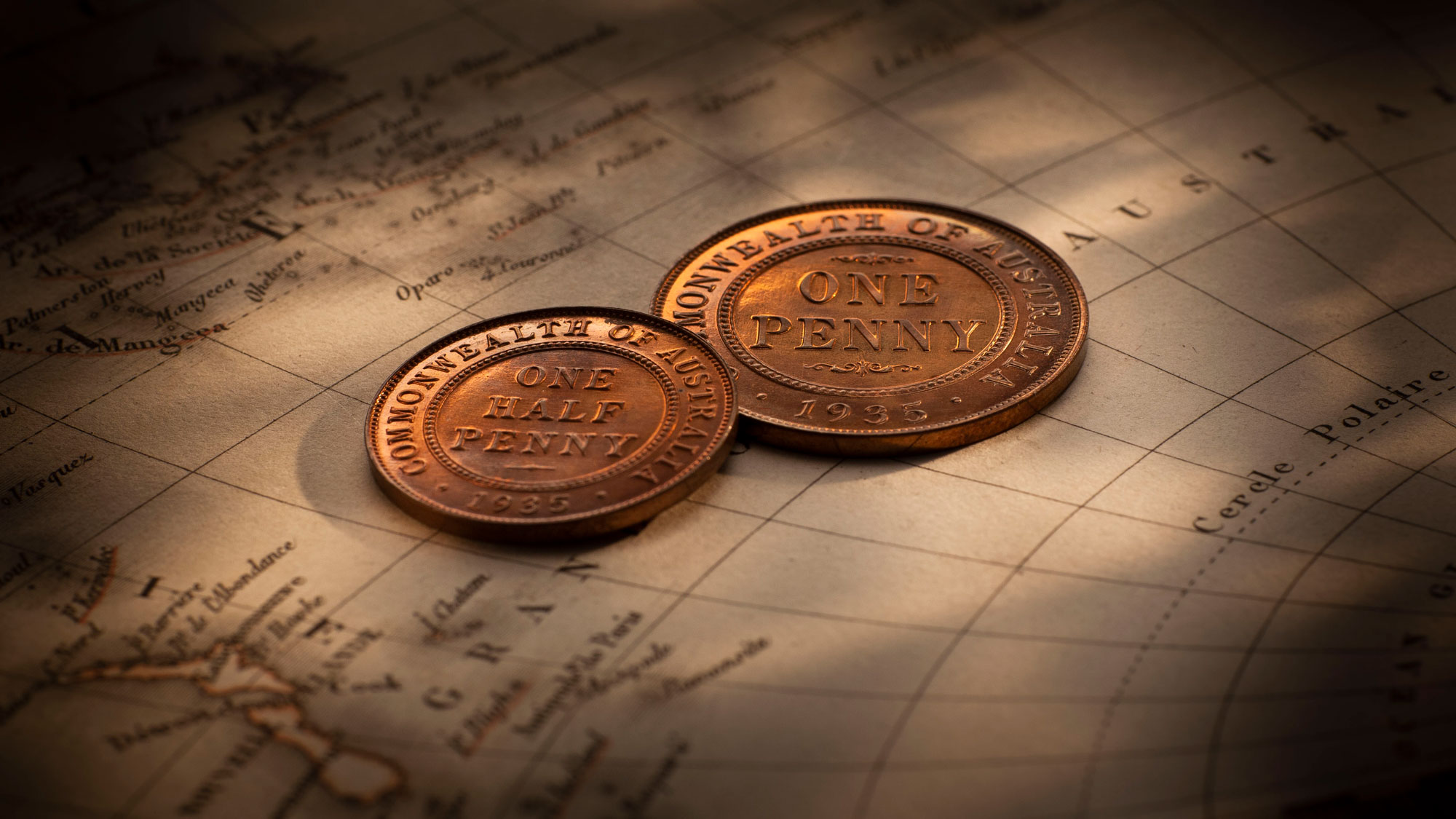 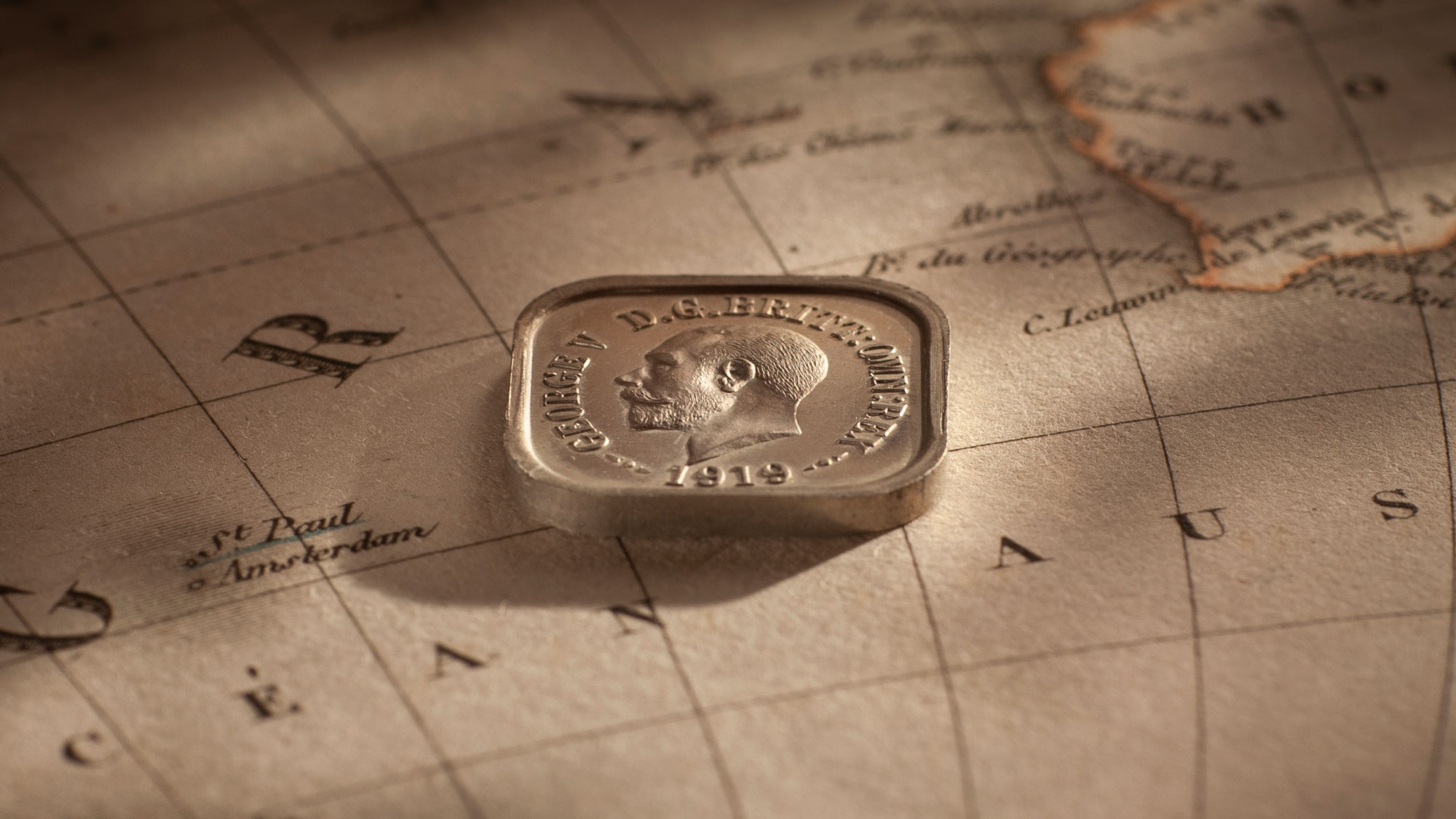