The 1899 Perth Mint Proof Half Sovereign, an original cased 1916 Presentation Set, the Holey Dollar, the Square Penny, the Half Sovereign and the 1930 Penny: coins that featured strongly amongst Coinworks sales in July, August and the first week of September. 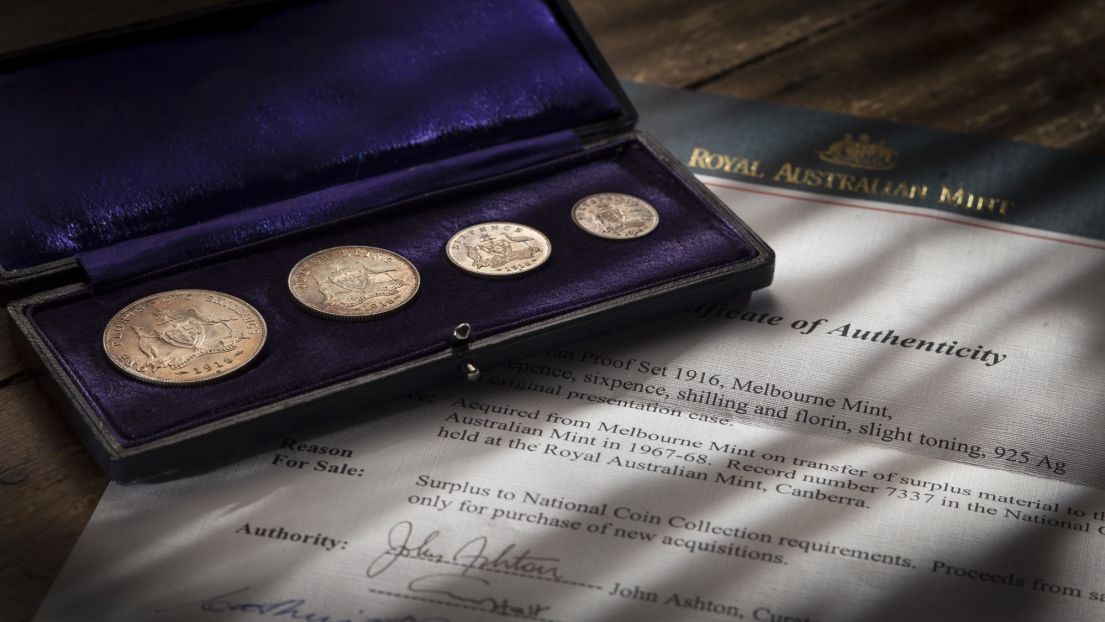 Consider the three words, ‘Australian numismatic rarity’. In searching for a coin that is defined by these three words, you simply cannot go past the 1899 Perth Mint Proof Half Sovereign. The coin is Australia’s most valuable half sovereign and was sold in July by Coinworks for $500,000.

Its rarity and its value are in sync. The 1899 Perth Mint Proof Half Sovereign is unique making it Australia’s rarest coin.

Although the Perth Mint churned out 691,000 sovereigns in 1899, its first year of operation, the mint did not issue any half sovereigns. The dies had certainly been prepared. And they were used to strike one - and one only coin. A proof coin for the mint’s archives … the coin that we sold.

When you look at the potential of this piece we considered the Perth Mint’s recent announcement of their sale of the 2017 Trilogy Set of three coins to a Singaporean collector/investor for $1.8 million. Three kilo coins, two of gold and the third of platinum each inset with an Argyle diamond. The mintage was 1. (Same as the 1899 Perth Proof Half Sovereign.) We will let our readers mull over this one.

The Melbourne Mint 1916 Presentation Set is no ‘numismatic slouch’ either. Sixty sets were officially minted to commemorate the inaugural striking of our Commonwealth silver coinage on home soil. Twenty five sets were gifted to dignitaries, some were sold at a premium over face value, while others were retained in archives with the balance melted down.

The set we sold had been retained in the Melbourne Mint’s archives from the day that it was minted, then transferred to the Royal Australian Mint, Canberra, and held as part of Australia’s National Coin Collection.

It was on display at the Melbourne Money Expo in 2016 and attracted inordinate attention. And while the praise of the public is always welcome, it was the positive comments from fellow dealers that re-affirmed the sensational quality of this particular set and its importance to the industry.

The sale of these high dollar items reflect on-going buyer confidence in the future performance of the industry. Their sale also reflects the underlying influence of history on buyer’s psyche.

Prices on Square Pennies have never been so advantageous to the buyer than at present and we simply don’t see how this ‘honeymoon’ period can last. Square Pennies are exceedingly scarce. And they are particularly difficult to find in premium quality, a point that market watchers sometimes fail to appreciate.

In fact we are starting to scratch our heads to work out how - and where - we can replace our kookaburra inventory.

You get the feeling that buyers are also sensing that high quality material is drying up. Perhaps that’s the reason why a 1923 Halfpenny in about Extremely Fine was snapped up the very day it was uplifted onto the web. (Also coinciding with the buyer’s birthday.)

Our Holey Dollar sales continue to soar with our recent sales of three British Colonial Holey Dollars from British Guiana, Canada and Dominica.

The latest Holey Dollar sales tally is 29 with a total sale price of $6.397 million for the period July 2011 to September 2017. (The Uncirculated Holey Dollar is under negotiation … so please watch this space for a further update.)

Australia’s classic copper rarity, the 1930 Penny, continues to please with the sale of five examples since the start of the new financial year. Across the broadest quality and price spectrum.

A complete collection depicting the seven portraits that appeared on Australia’s half sovereigns from 1855 until 1918 was sold by private sale for $100,000. It was on display at the 2017 Melbourne Money Expo and certainly attracted strong interest.

The set, painstakingly put together for a client many years ago with each coin in the collection handpicked for quality. The minimum quality level of the coins was Uncirculated with the majority Brilliant Uncirculated.

This is a reminder that Coinworks conducts many private sales that are never recorded on the web. So if you have an interest in a specific item … best talk to us.

As a closing comment we believe that the values of top quality Australian rare coins are on the rise.

We note the comment made by a Coinworks client only recently that very little good quality material is coming up at auction. This was borne out by the offering at a most recent Sydney auction: 3000 lots with only three to four pieces worth considering (for our clientele). And our viewing of a forthcoming auction in Queensland.

We are also given serious consideration as to how we can replace our inventory, where we will source comparable quality stock. And at what price we will have to pay to secure that material.

In our view, the conditions are right for prices to move.

New buyers are entering the market and demand is increasing. In fact we can’t recall the last time we had waiting lists for particular coins. The increased demand is coinciding with a genuine shortage of top quality material.

It will be interesting to review prices in September 2018. 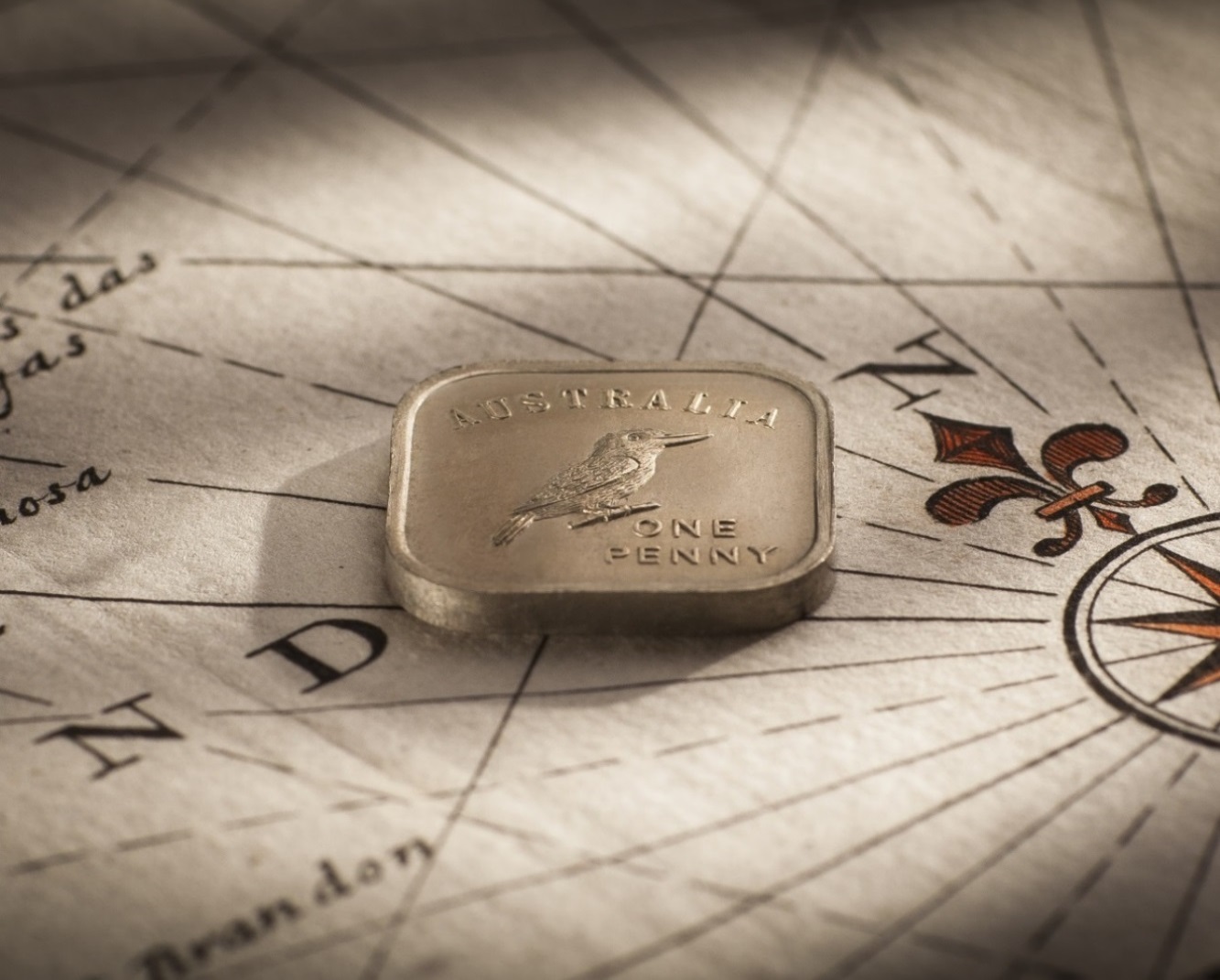