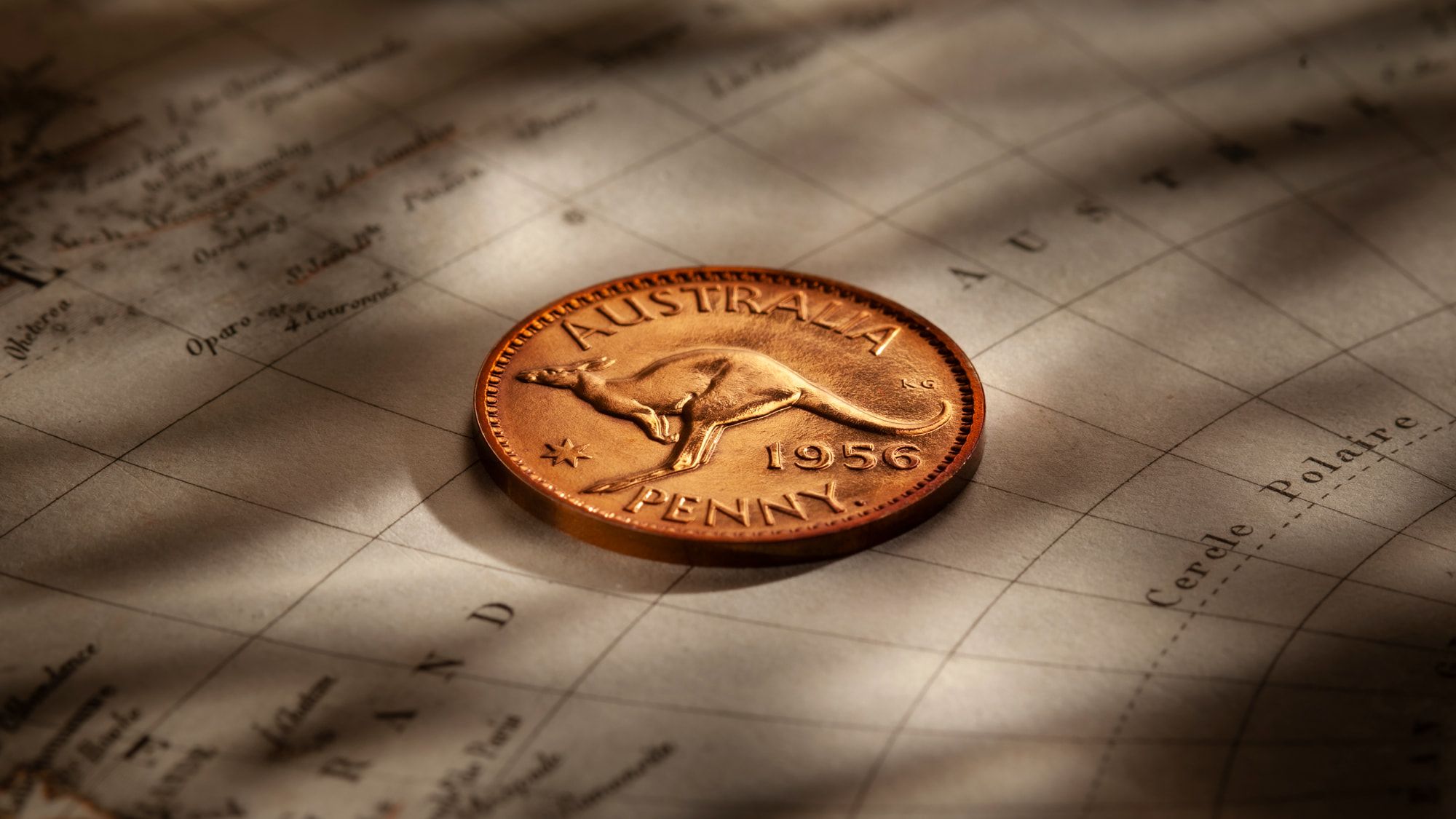 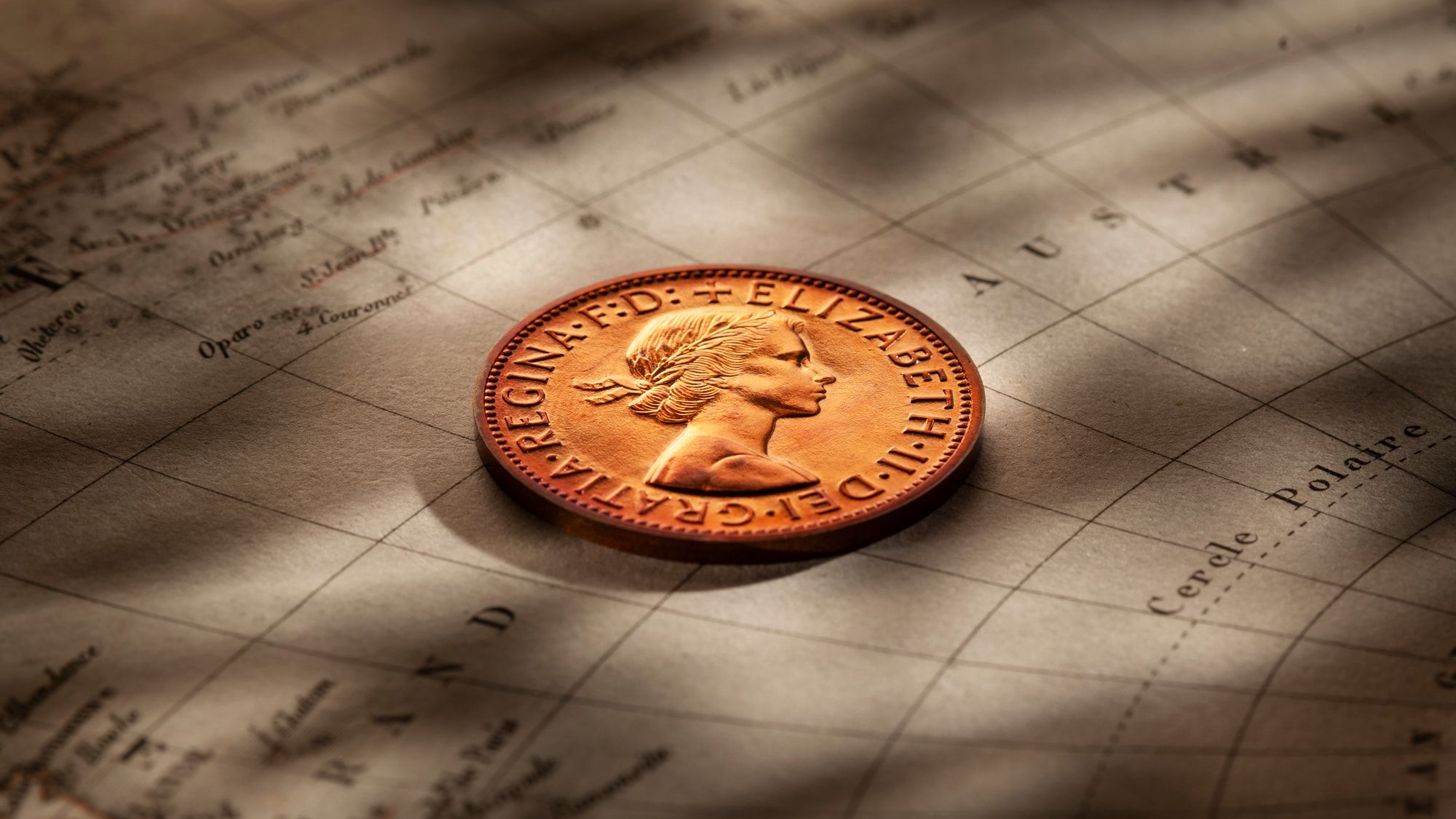 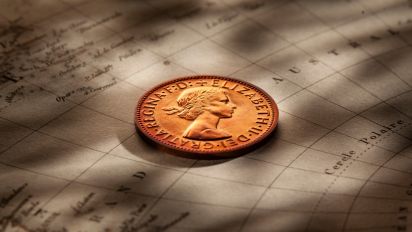 REASON 1.
Brilliantly preserved proof coins of the Perth Mint are unrivalled for quality. The coins not only display superb levels of detail in their design but an intensity of colour that is unmatched by the Melbourne Mint copper proofs from the same era.

When you look at the Proof 1956 Penny shown above, you can only but agree.

REASON 2.
Perth Mint Proof Pennies and Halfpennies are exclusive and were struck in extremely limited numbers. The mintage of the Perth Mint's first proof collector issue (1955) was 301. That of the Perth Mint's second year, (1956) only 417. Mintages in the ensuing seven years averaged around the 1000 mark.

We compare these mintages to the current output of the Royal Australian Mint and Perth Mint where 10,000 is the norm.

In the case of the Proof 1956 Penny, we would be lucky to sight one high quality coin at auction annually. And a coin as magnificent as this must be considered a once-in-a-decade opportunity.

REASON 3.
The series of Collector Proof Coins (1955 to 1963) is an important series in our numismatic history: a catalyst for the introduction of the proof coining program introduced by the Royal Australian Mint, Canberra in 1966.

It also is an affordable one, making it one of the most popular collecting series in the Australian coin market.

The era 1955 to 1963 is an important one for Australian coin collectors.

In 1955, the Australian Government gave approval for the Melbourne Mint and Perth Mint to start producing proof coins in commercial quantities and sell to collectors in what was to be an annual occurrence. (Similar to what the Royal Australian Mint does today.)

Prior to 1955, proofs were only struck as Coins of Record in minuscule numbers for the mints to place in archives. Mintages tended to be less than twenty, so it goes without saying that collectors were, in the main, denied access to them.

The proof coining program of the Melbourne and Perth Mint came to an end in 1963 just prior to Australia's decimal changeover.

The proofs struck between 1955 and 1963 are a perfect entry point into the Australian rare coin market. Limited edition collector coins at affordable prices. It comes at the top of our list of recommendations for clients looking to tuck something special away for their children or grandchildren.

The coins were specially struck and sold to collectors under provision of the Commonwealth Treasury, the sale price a premium of two shillings above face value. The face value was paid to Treasury and the premium went to the mint. The Government placed only one restriction on the mints. Only those coins they were striking for circulation could be struck to proof quality and sold to collectors.

As the Perth Mint was striking copper circulating coins for Treasury, it could strike only copper proof coins for collectors. (Penny and Halfpenny.) The Melbourne Mint struck their proofs in both silver and copper.

Historical records indicate that the arrangements for striking the collector proofs originated at the Melbourne Mint and were later approved for the Perth Mint largely due to the involvement of famous collector Syd Hagley.

The much lower mintages of the Perth Mint 1955 and 1956 issues have proved a bonanza for collectors.