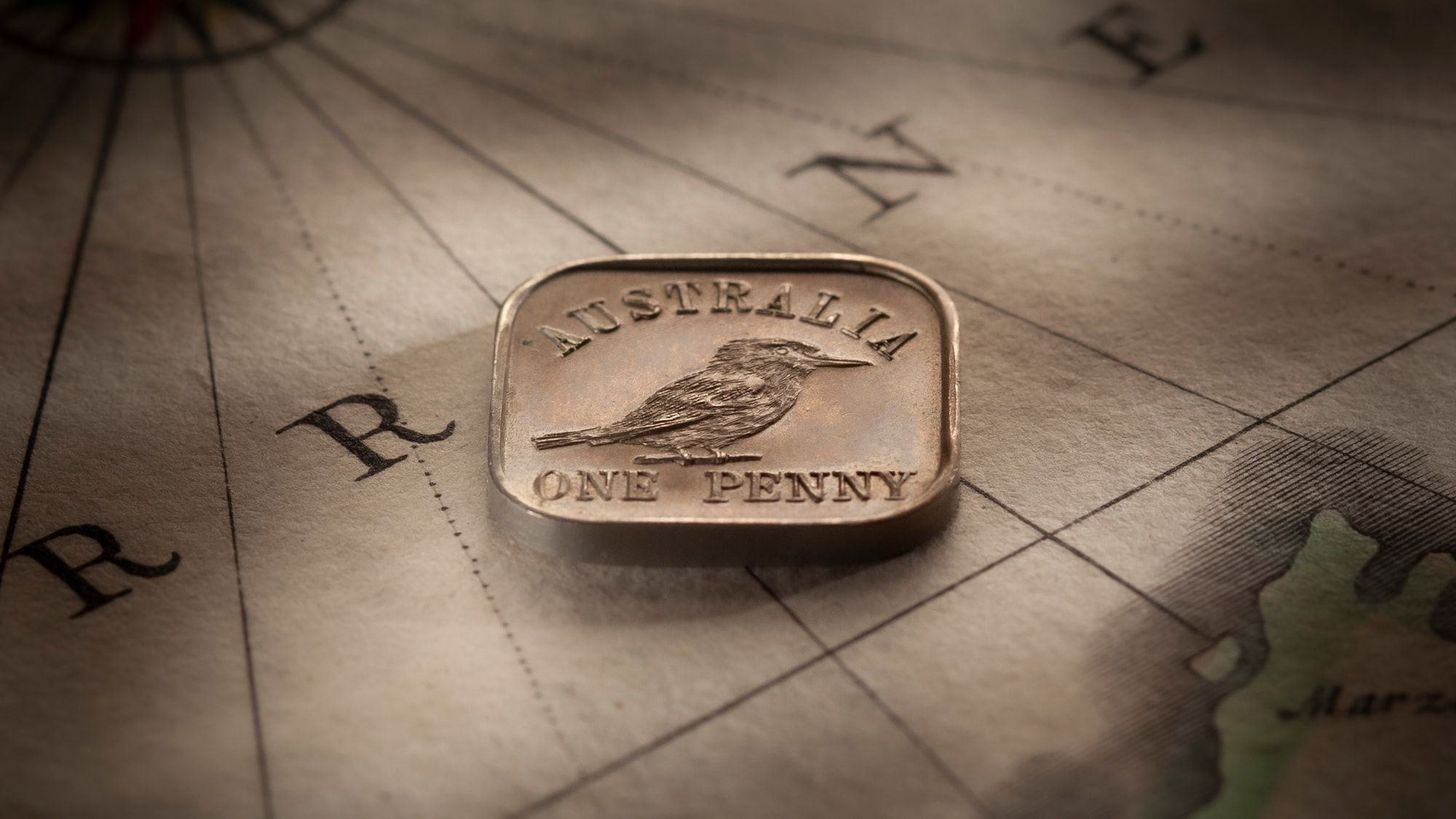 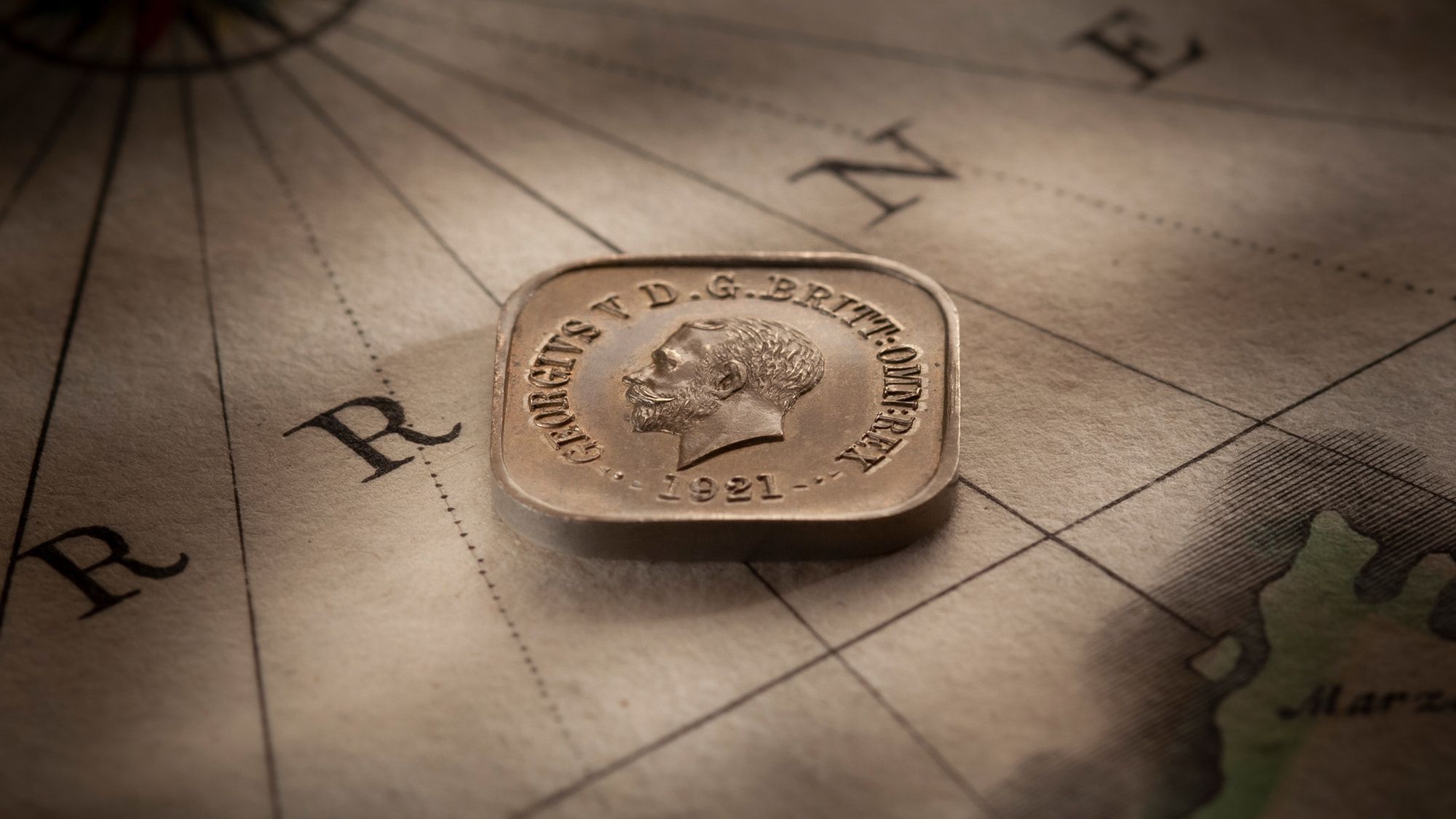 1921 Kookaburra Square Penny design type 11
COIN
1921 Kookaburra Square Penny design type 11
PRICE
$45,000
STATUS
Sold August 2021
QUALITY
Choice Uncirculated, almost proof-like with handsome antique toning and highly reflective mirror fields
PROVENANCE
Private Collection Queensland
COMMENTS
The Kookaburra Square Pennies were struck in 1919, 1920 and 1921 at the Melbourne Mint. Only two designs were tested in 1921 and they are known as the Type 11 and the Type 12. In our view, the Type 11 is the one to own. While both are scarce, the Type 11 is the rarer of the two (by far). And visually, it is extremely attractive, the surfaces proof-like and compelling, perhaps due to the appointment of passionate collector, Albert Le Souef, to the role of Deputy Master of the Melbourne Mint. Of course, how a coin starts at the mint - and how it ends up one hundred years later having passed through several collector's hands - can be poles apart. When you look at this Square Penny you can see that it has been cherished by its former owners for it has been brilliantly preserved. Technical shots are provided and they confirm its stunning qualities. 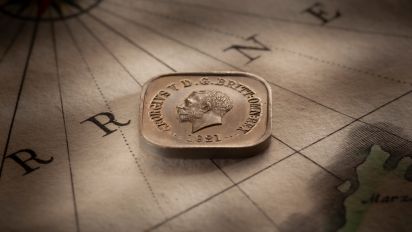 When the Kookaburra Square Penny was created, Australians were recovering from the war, breaking out socially and lessening the ties with Great Britain. The mood even filtered through to our coinage!

The Government planned to introduce a square penny with our native bird on the reverse. And the monarch minus his crown on the obverse! Provocative and contentious but uniquely Australian.

Collectors have a choice of designs when it comes to acquiring a Kookaburra Penny dated 1921.

Both coins are scarce, but the Type 11 is by far the rarer of the two.

Our estimate is that in a lifetime of collecting only twenty 1921 Type 11 Kookaburra Pennies would become available to collectors and these would be offered in a broad range of quality levels, from poorly preserved to brilliantly preserved.

Amongst the poorer examples, it is noted that some show wear because they have been jingling around in a fob pocket with other coins.

So if you are a collector looking for a top quality Type 11 Kookaburra Penny, you will have a pool of perhaps twelve to fifteen specimens only.

This is a minuscule number when you consider that the coins are never going to be slapped onto a table in one hit and offered for sale at the one time. They will come onto the market progressively.

Our experience confirms that you may have to wait between one and two years for a Type 11 Kookaburra Penny to come up. A superior quality example might take between two and four years to surface.

Sydney's Noble Auctions is Australia’s largest auction house and for us, has always been the greatest resource for information on the availability of rare coins.

That a 1921 Kookaburra Square Penny Type 11 was last offered by them in July 2016 is testimony indeed to the extreme rarity of this design type of Kookaburra Penny.

The 1921 Kookaburra Square Penny has a design that is unique to its type. No other square penny type bears that design.

Yet another reason to consider this stunning 1921 Kookaburra Penny. 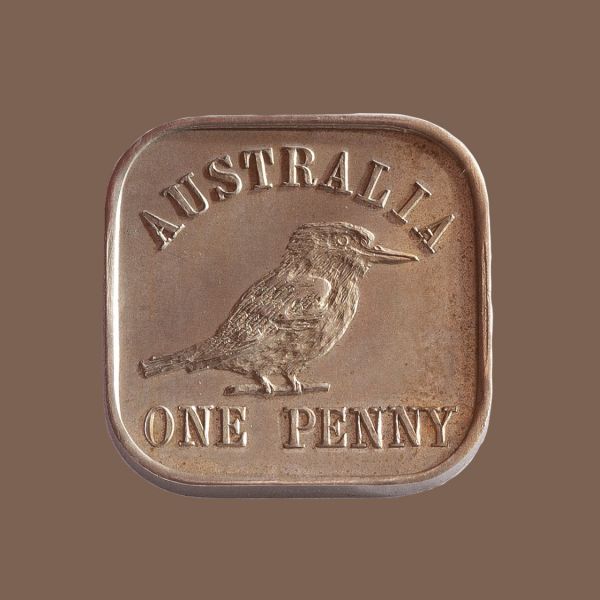 An elegant coin with a highly detailed design, handsome antique toning and stunning mirror fields. And a design that is unique to the Type 11. No other kookaburra penny shares the reverse and obverse design of the Type 11. 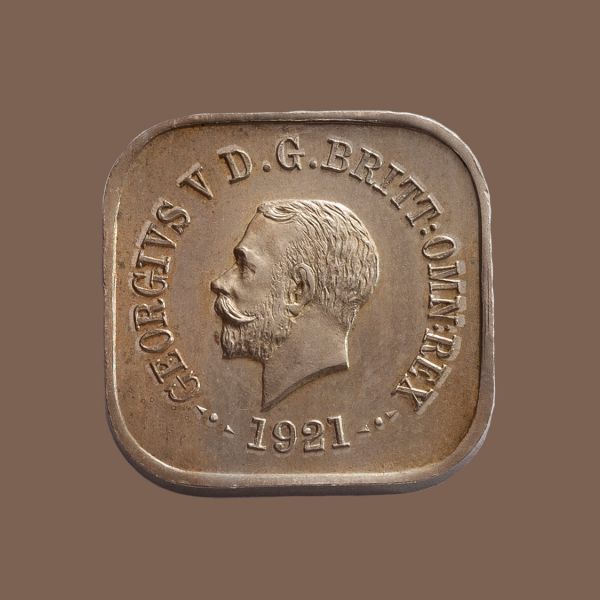