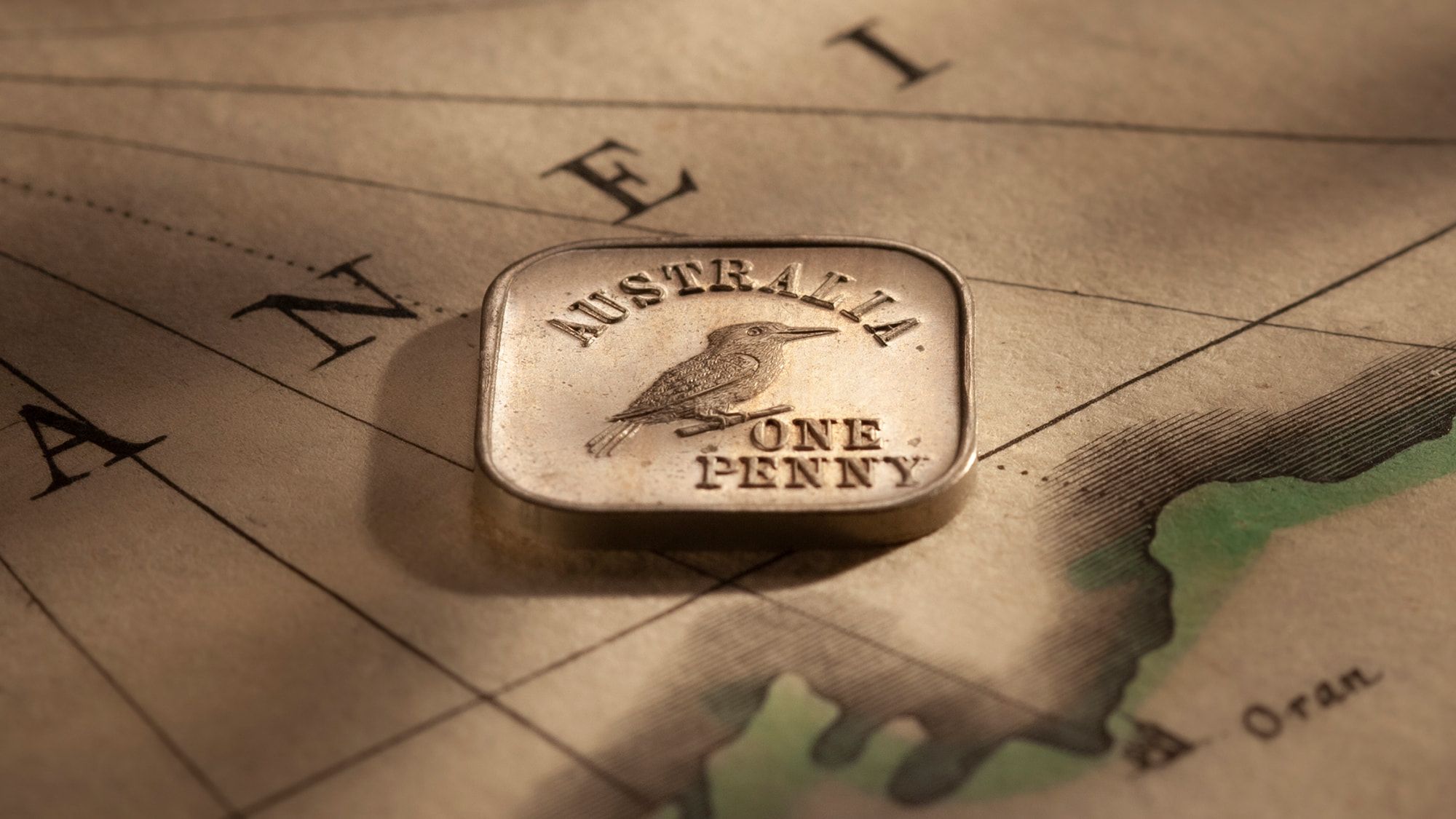 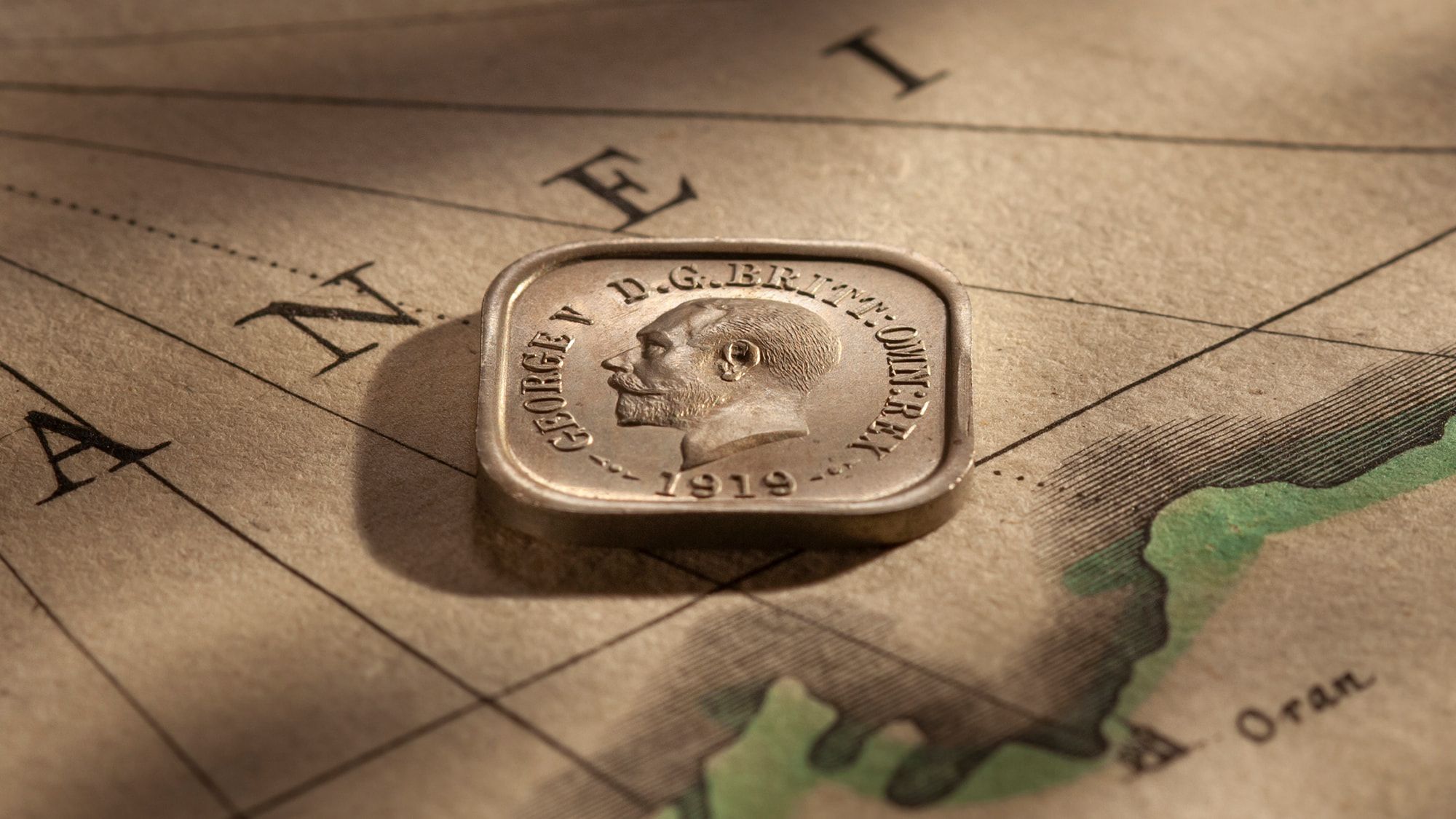 1919 Kookaburra Square Penny design type 4
COIN
1919 Kookaburra Square Penny design type 4
PRICE
$165,000
QUALITY
Choice Uncirculated, almost proof-like with highly reflective mirror fields and a hint of toning on the reverse
PROVENANCE
Sold by private treaty to Coinworks 2005. Exhibited Melbourne 2007, 'Kookas In The Cathedral' ANZ Gothic Bank. Photographed and featured in the Greg McDonald Coins and Banknotes Pocket Guide
COMMENTS
The Kookaburra Square Pennies were struck at the Melbourne Mint in 1919, 1920 and 1921. Four different styles were trialed in 1919, involving modification to both the obverse and the reverse designs. They are each designated numerical codes - Type 3, 4, 5 and 6 - for ease of reference. And as a point for comparison. This 1919 Kookaburra Square Penny features the design type 4. And it is simply stunning. Stunningly rare .. we have sold only two other coins of the same design. And sighted only one other. It also is stunningly beautiful. The design has been brilliantly executed and the surfaces are proof-like and impactful, making it the exception to those we normally see. Of course, how a coin started at the mint - and how it ends up one hundred-plus years later having passed through several collector's hands - can be poles apart. When you look at this Square Penny you can see that it has been cherished by its former owners for it has been brilliantly preserved. Technical shots are provided and they confirm its stunning qualities. 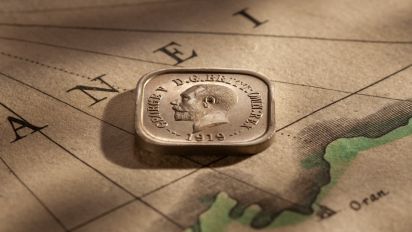 When the Kookaburra Square Penny was created, Australians were recovering from the war and determined to lessen the ties with Great Britain.

The mood even filtered through to our coinage! The Government planned to introduce a square penny with our native bird on the reverse. And the monarch minus his crown on the obverse! Provocative and contentious but uniquely Australian. 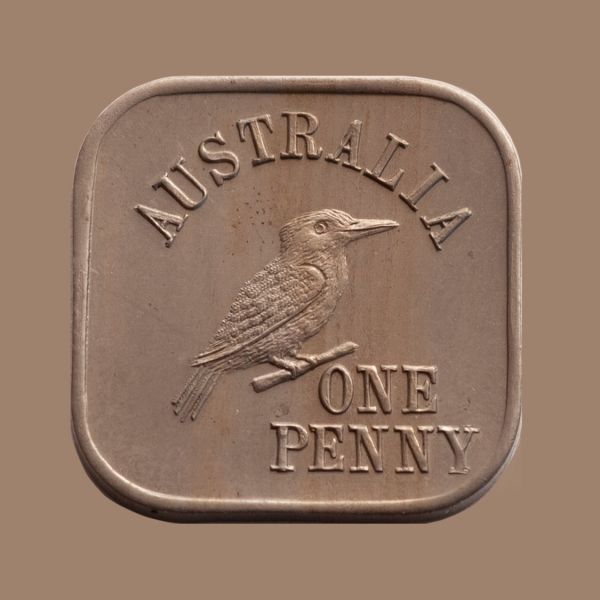 An elegant coin with a highly detailed design
and stunning mirror fields. 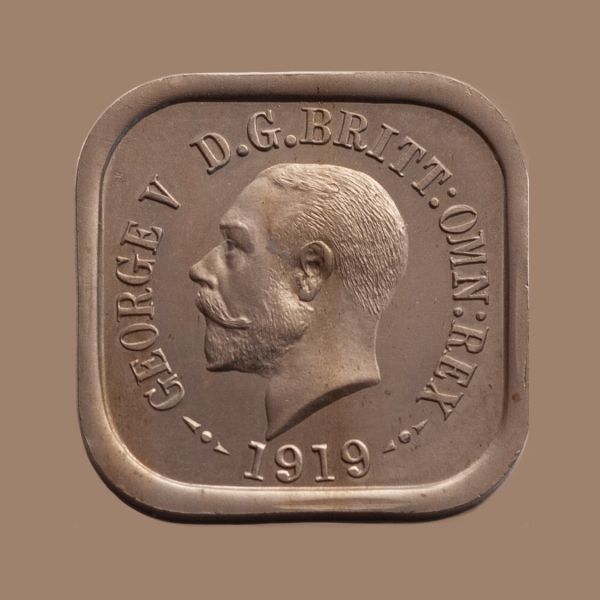 Choice Uncirculated with a deeply etched
portrait of George V (minus the crown) against a backdrop of stunning mirror fields.