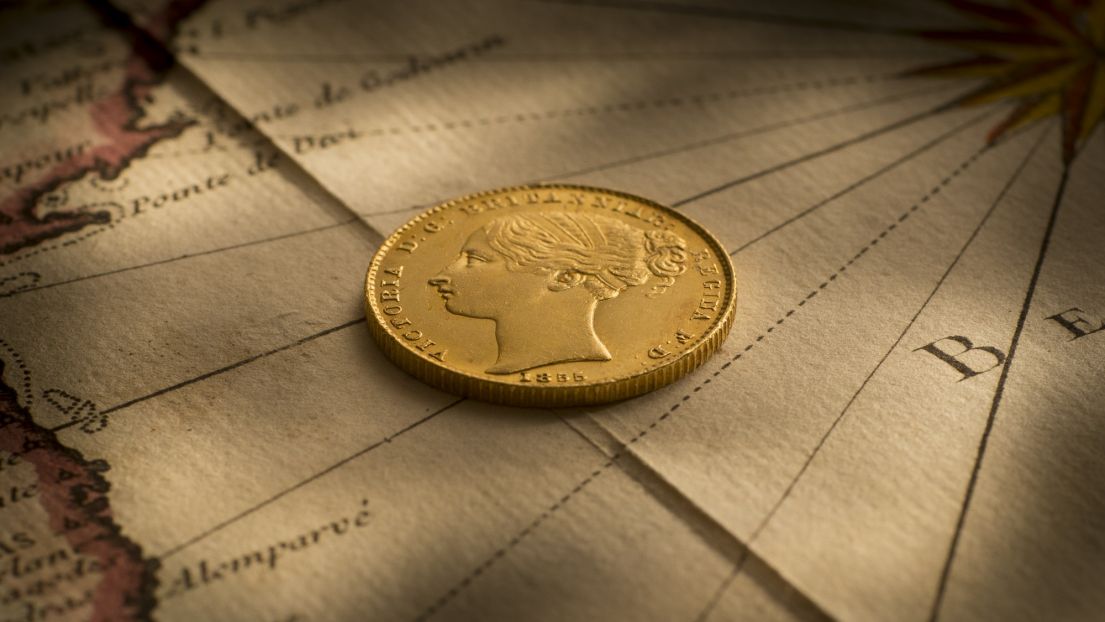 Unlike South Australia, which overcame a currency shortage by striking the Adelaide Pound coin, without British Government approval, Victoria and NSW followed protocol and petitioned for a branch of the Royal Mint to be established in their colonies. Australia’s first official branch of the Royal Mint London was established in a part of Sydney Hospital.

Australia’s first official branch of the Royal Mint London was established in a part of Sydney Hospital. It began receiving gold on May 14, 1855, and issued its first coins soon after on June 23 – the ‘Sydney Mint’ 1855 Sovereign and ‘Sydney Mint’ 1855 Half Sovereign.

Though the reverse side featured a uniquely Australian design, with the words Australia and Sydney Mint featured boldly, the obverse side was similar to English coins with the plain, ribboned head of Queen Victoria.

Daringly, the Australian flavour was strengthened in 1857 when the design altered to incorporate a sprig of banksia in the Queen’s hair.

It was also at this time that the Royal Mint established its second Australian branch office in Melbourne.

To celebrate Queen Victoria’s Jubilee, a new obverse design was introduced in 1887 and, at the same time, the reverse shield design discontinued. This jubilee design continued until 1893, when the Queen’s portrait was modified to reflect her age, known as the veiled head design. The Royal Mint established its third Australian branch office in Perth in 1899.

The half sovereign, which was also first minted in 1855, was discontinued much earlier, in 1918. Half sovereigns were minted in far smaller numbers than sovereigns, and there were many years when the pieces were not struck at all.

With only 40 known examples, the 1855 Half Sovereign is almost impossible to find, while high quality examples of the 1855 Sovereign are extremely valuable and rarely seen on the open market.