It's been our strongest November on record and the month is still not yet over. And when we use the term 'strong' we are not just referring to our sales tally. It is noted that buyers have this month reacted very quickly, and decisively, to secure an item of particular interest. 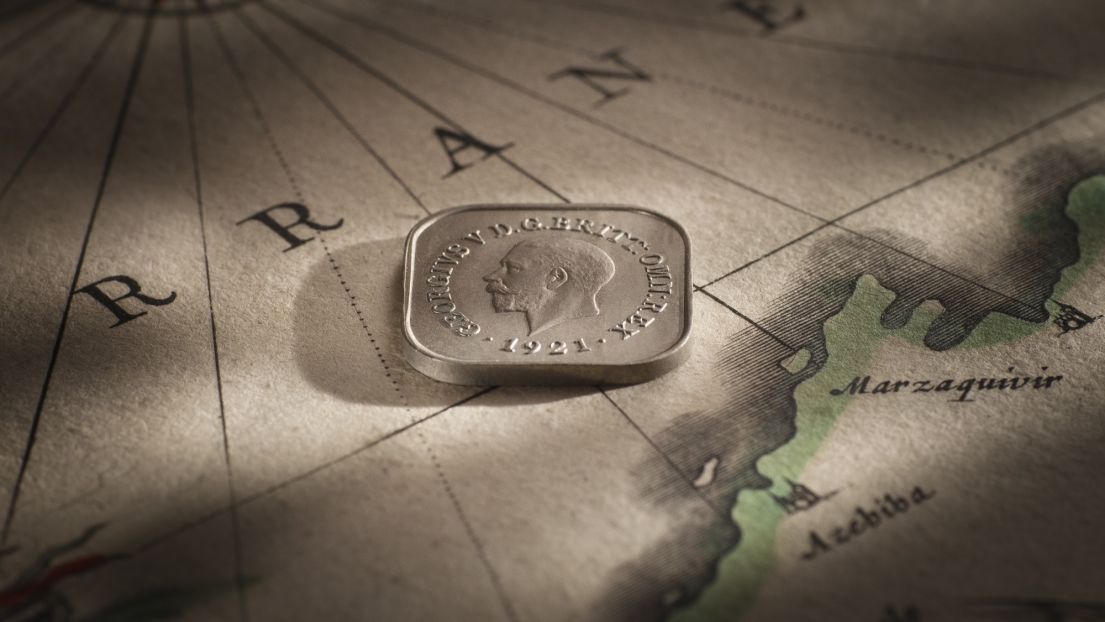 We made a note in our introduction above, that clients were very quick to respond to high quality product. And very decisive in their approach during the month of November.

We also note the number of buyers that were vying for the very same piece. As a consequence, our waiting lists grew during the month.

Our sales, and the profiles of our buyers, clearly indicate that our market is expanding. The rare coin market is attracting new buyers. And new buyers are coming to Coinworks.

We pride ourselves on the quality that we deliver. We have built our reputation on handling the very best. And we sense that buyers are following our lead and making quality a priority.

One of the most gratifying aspects for us as a dealer that specialises in Australian rare coins is that our buyers are appreciating the variations in quality that a particular piece can present. And recognising that quality and rarity (and hence price) are inextricably linked.

There is no doubt that we are providing as much information as we can to assist buyers in their selection process. Close-ups. Technical shots as well as mood shots. Charts and graphs. And information. But we also acknowledge that accessing information is now available at the click of a finger via Google.

Together this means that our market is becoming more knowledgeable. And more discerning. We say ‘bravo’.

It is a clear statement on the appeal of the 1930 Penny. And given the extreme rarity of high quality 1930 Pennies we ask the question… can we repeat this achievement? We doubt it.

Coinworks has had a remarkable run with sales of the nation’s first coin, the Holey Dollar. And the run has continued.

We sold the ‘William Long’ Holey Dollar on the very day it was offered. A high quality Holey Dollar, with vertical counter stamps that offered a remarkable history and story. Three other interested parties missed out.

This Holey Dollar was originally owned by emancipated convict William Long who arrived in the penal colony of New South Wales in 1815. The coin had been held by his descendants for nearly two centuries. Well-travelled, it had traversed the globe moving between continents as it passed within the family.

It was an emotionally charged transaction for the Canadian seller, parting with an heirloom that had been in his family for nearly two hundred years. Trepidation and a touch of sadness.

It was an emotionally charged transaction for us, as the buyer, although the emotions were vastly different. Ours was excitement. The opportunity to secure a previously unrecorded example of the Holey Dollar and bring it back home to its country of origin.

William Long was emancipated in 1822 and became a very successful businessman in the colony. He died in 1876 leaving an estate valued at £100,000.

This Holey Dollar defined the family’s humble beginnings in the colony of New South Wales. The family fortunes were made in the penal colony and the coin symbolised their proud colonial heritage. Currency is history. And history has always involved currency.

The Holey Dollar is viewed as the dominant partner in the relationship of Holey Dollar and Dump. We are on record as saying that high quality Dumps are genuinely hard to find. In fact we often comment that the Dump is the coin most 'frequently missing from our web site'.

During the month of November we noted a resurgence of interest in Dumps across all quality levels.

Gold has maintained its status as Australia’s most popular collecting metal with strong sales of 1852 Adelaide Pounds and sales of sovereigns and half sovereigns soaring.

The highlight in November was our sale of an Uncirculated 1856 Sydney Mint Sovereign for $100,000. Testimony to its rarity, it’s the only 1856 Sovereign that we have sold at this quality level. The coin never made it to the web site and was sold privately.

The Sydney Mint opened in 1855 and was in its second year of operation in 1856. Both the 1855 and 1856 Sydney Mint Sovereigns share the same reverse and same obverse design of a young of Queen Victoria with a braid in her hair. It is known as the Type I portrait design.

The design only lasted for two years, and was replaced in 1857, so both the 1855 and 1856 Sydney Mint Sovereigns are keenly sought.

This is a fact that has always been recognised by those involved in the industry with both the 1855 and 1856 sharing the same catalogue values since guides were introduced more than fifty years ago.

It has to be remembered that the Square Pennies were test pieces. They were not struck to the precision of a proof striking. Some were strongly struck, some were weak. And the edges can vary in width or be a bit 'rough and ready'. It is the way it is with Square Pennies.

The coins were presented to dignitaries and politicians for comment, thereby introducing multi-opportunities for mishandling. And it is the mishandling that has had the greatest impact on how they are presented today.

Most of the Square Pennies that come to the market are uncirculated examples. They have never been used. They have just been poorly preserved.

More than any other coin, the Square Penny probably shows the most variation and inconsistency in eye appeal with spotting and harsh toning the norm. And that ultimately impacts on their value.

The very reason why we value perfect Square Penny and Halfpenny examples so highly. The kookaburra coins are extremely scarce. Quality examples are even scarcer again.

We acquired some superb Square Pennies over the last few months and it is noted that all of them have sold. And many of them have been taken up by buyers new to the Kookaburra coin market.

For those that are interested in the series we have just picked up a collection of Square Pennies that includes the extremely rare Type 9, Type 5 and the absolute finest Type 6 we have ever handled. Also a 1921 Square Halfpenny. Extremely rare and a great Commonwealth rarity.

The commercial proofs struck between 1955 and 1963 continue to be popular with the proviso that quality is paramount in this area of the market.

And we are noting some rumblings about the 1918 Perth Mint Half Sovereign. We have received a multitude of dealer enquiries for Australia’s very last half sovereign, the elusive 1918 Perth.

Obviously dealers are already in planning mode for next year’s 100th anniversary celebrations.

And that’s a very positive sign for the Australian rare coin market.