The first banknote of the Commonwealth of Australia Number M000001 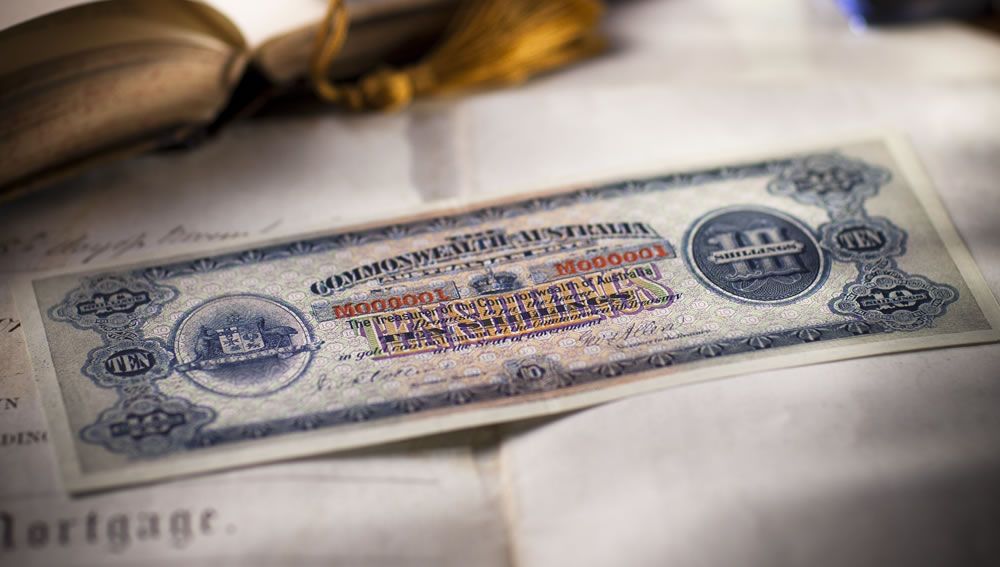 Detailed information on the Number One Note is available at www.numberonenote.com.au

The Number One Note was hand numbered at an official ceremony held 1 May 1913 at the Government Printing House in Melbourne (now Queen’s Warehouse).

The note was subsequently presented to her by Prime Minister Andrew Fisher.

Lord Denman resigned his position as Governor General in 1914 and the family returned to England.

Her effects were being sorted in 1999 and note M000001 turned up in a letter file housed in a contemporary Government House envelope marked in pencil “Judith’s 10/- Note May 1st 1913”.

The Number One Note is offered with the accompanying historical envelope.