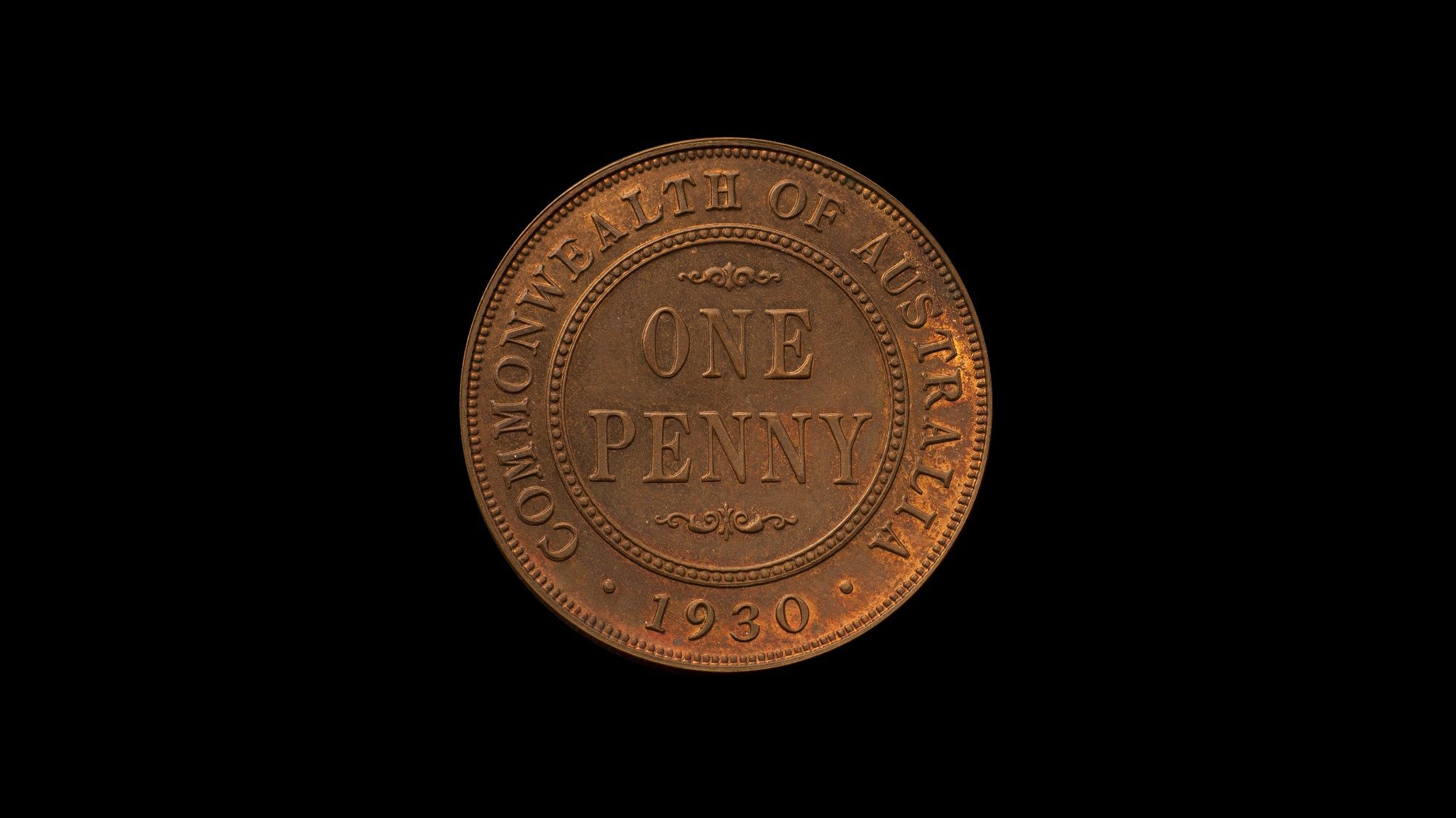 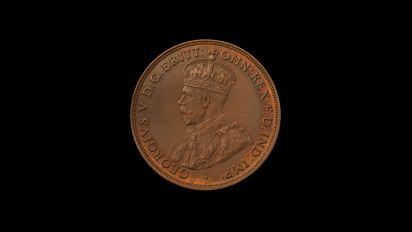 If the Proof 1930 Penny is the ‘King' of Australian coin rarities then this example obtained by exchange from the British Museum is the ‘King of Kings’ for it is widely regarded as the finest of the three privately held Proof '30s.

The coin has an impeccable striking and a degree of original copper brilliance that is simply breathtaking.

Put the coin under the light ... and you will catch your breath. It is that good.

This is proof coining as it was meant to be. A numismatic masterpiece. A work of art.

The surfaces are blemish-free and have not attracted any spots. Given the time that has elapsed since its striking (more than eight decades), this is simply amazing.

A recorded mintage of six

Records at the Melbourne Mint indicate that six pennies were struck to proof quality in 1930.

As a proof, the coin was never intended to make its way into cash registers.

Rather it was created as a collector piece, a numismatic work of art, destined for a prominent collection or Government archives to be preserved for future generations.

The Melbourne Mint retained one of the six Proof 1930 Pennies for their own archives and when the mint closed its doors, the coin was sent to the Museum of Victoria where it is still held.

An example was sent to the British Museum, where it is currently held.

And an example was sent to the Art Gallery of South Australia where it also remains.

Three Proof 1930 Pennies filtered their way into private hands, all of which are now held by Coinworks clients.

For ease of reference, the three privately owned Proof 1930 Pennies have been given a 'nickname' that reflects their original owner. There is the Hagley coin. The British Museum 'Duplicate' coin. And the 'Old Melbourne Collection' coin.

In the 1950s and up until the mid 1980s, the industry only knew of one privately held Proof 1930 Penny. It was owned by Syd Hagley, one of Australia's great collectors and a pioneer of the rare coin industry.

In an interview conducted late in 2010, a colleague of Sydney Hagley recalled being offered the coin in 1964 for just £300. He declined the offer simply because he couldn’t afford it at the time.

His misfortune became clear in 1974 when the coin sold at auction in Los Angeles for $16,000 as part of the famed Dr. Curtis Paxman Collection.

In 1982, the Proof 1930 Penny’s star status was confirmed when Australian nursing home magnate, Doug Moran, bought the Hagley piece for a reported $100,000.

For Moran, it was a matter of national pride. He declared that the coin was so important it should never leave Australian shores again, as it had with American Dr Curtis Paxman.

In 2011, Coinworks was commissioned to sell the coin privately. The sale was completed that year for $1.05 million.

In 1962 the British Museum received a donation of a Proof 1930 Penny. It was the second Proof '30 held by the Museum.

The exchange occurred between the British Museum and a Sydney based Auction House.

The Auction House sold the Proof 1930 Penny by private treaty to a local collector for a figure reputed to be $150,000.

Acting on the instructions of a Victorian buyer, Coinworks Managing Director, Belinda Downie acquired the coin for $258,750.

This Proof 1930 Penny is now available for private sale.

The final piece in the 'Proof 1930 Penny' jigsaw puzzle occurred in 1997 when the third privately held example surfaced.

From an 'Old Melbourne Collection,' it was offered at a Melbourne public auction.

The coin was acquired by Coinworks Managing Director, Belinda Downie at the auction and sold into the Madrid Collection of Australian Rare Coins for $147,500, where it is still held.