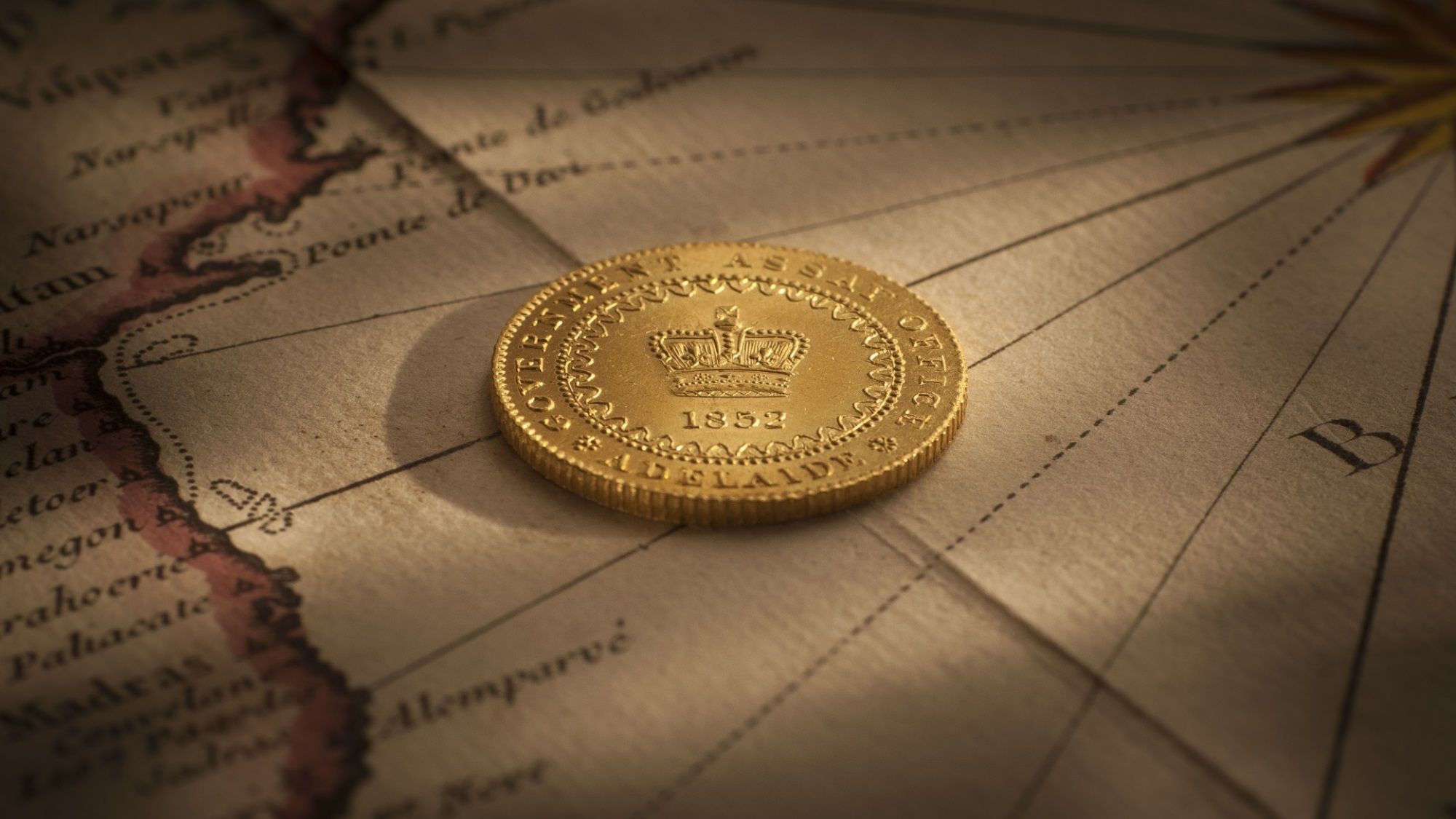 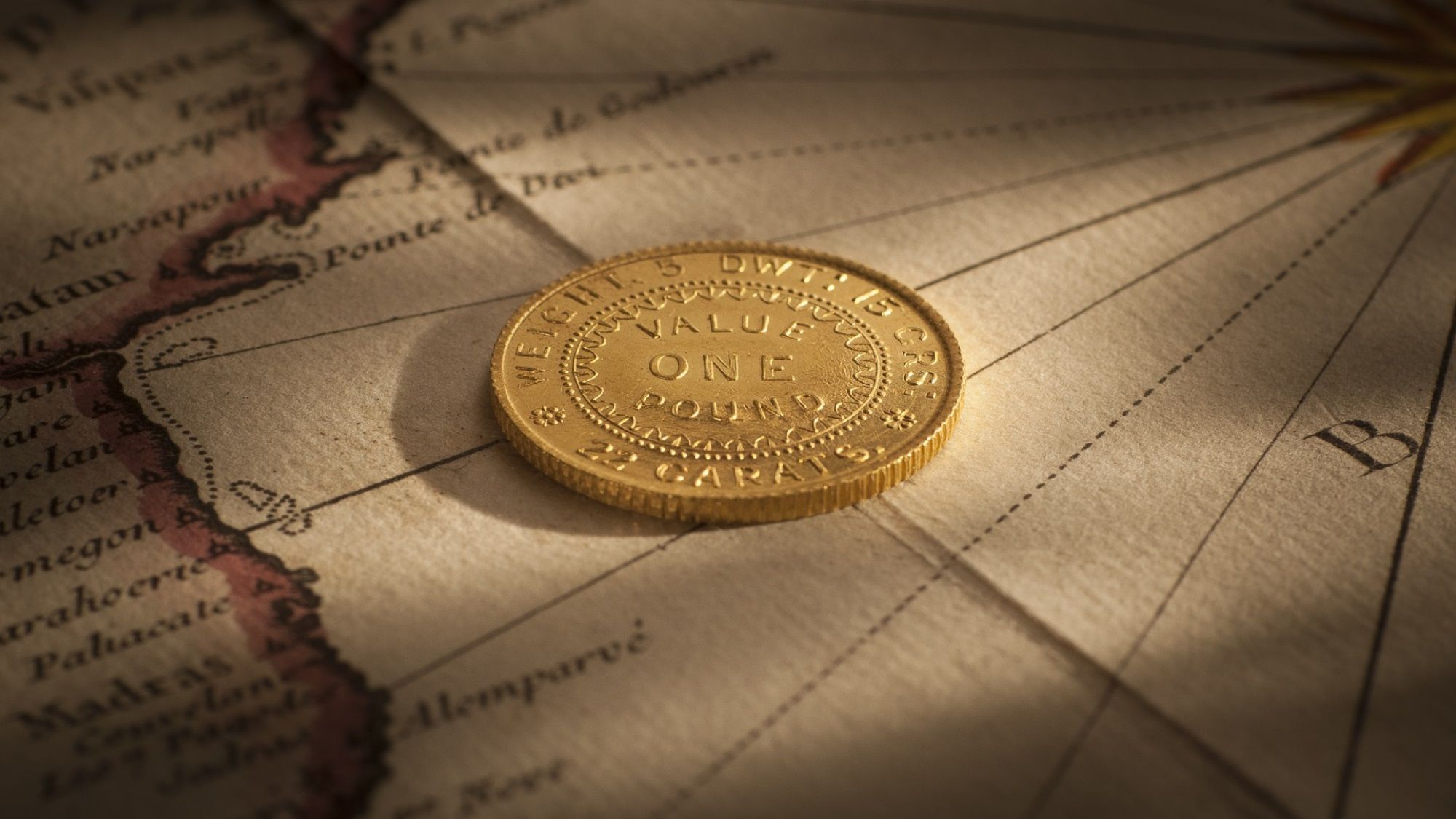 The Eliasberg 1852 Adelaide Pound Type II
COIN
The Eliasberg 1852 Adelaide Pound Type II
QUALITY
Brilliant Uncirculated
PROVENANCE
Louis E. Eliasberg
PRICE
$165,000
COMMENTS
There are Adelaide Pounds. And then there is the ELIASBERG Adelaide Pound, so named because it was formerly owned by one of the world's greatest 20th century collectors Louis E. Eliasberg. It is one of the absolute finest examples of Australia’s first gold coin and when viewed it simply glows. Its highly lustrous, brilliant state implies that the coin must have been put aside soon after minting and has had special care ever since its striking. The person who acquires this Adelaide Pound will take their place in history, permanently associating themselves with both the coin and the famous Eliasberg name.
STATUS
Sold March 2019. 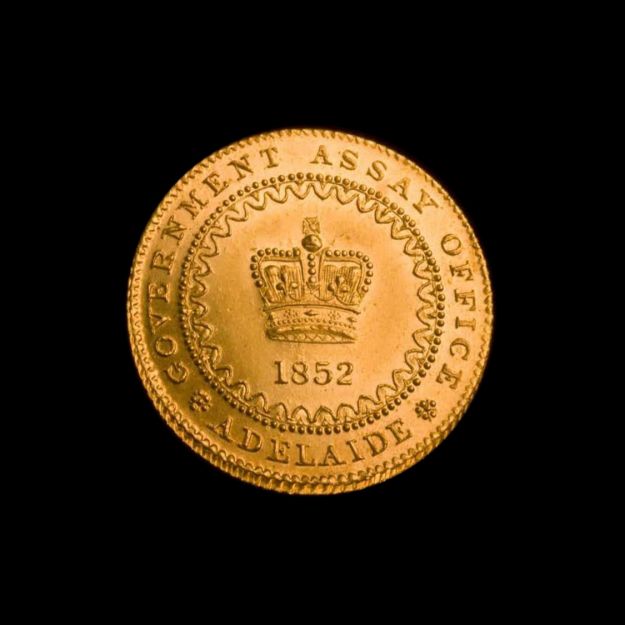 Acquiring an 1852 Adelaide Pound in Uncirculated quality is a difficult enough task. (We estimate that we might sell one such coin every three to four years.)

But this coin is not just graded as Uncirculated. It is assigned the far higher rating of Brilliant Uncirculated which reflects the stunning state of the fields. This is a once-in-a-decade opportunity.

The lustrous condition of the Eliasberg Adelaide Pound indicates that for the coin’s lifetime, every owner has absolutely known that it was special.

Over and above the fields, the coin is incredibly well struck and is certainly impressive. The cross on the orb at the top of the crown, the pearls, the fleur-de-lis and the lower band of the crown are all perfectly defined.

It also has exceptional strength in the legend and the denticles. 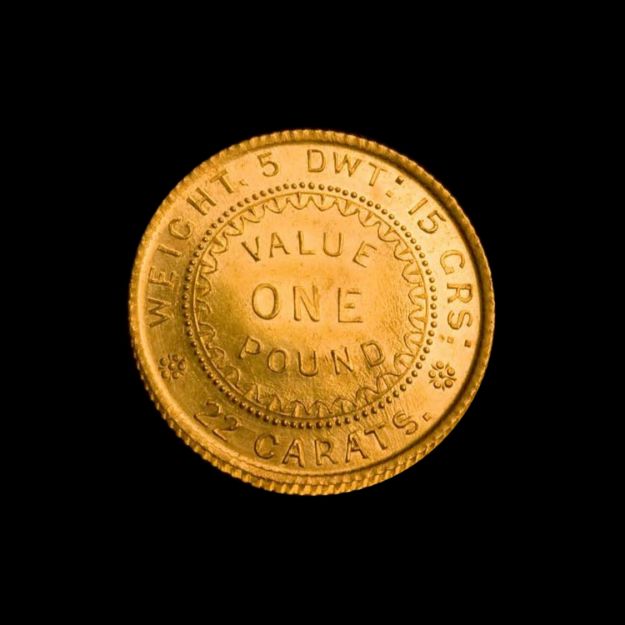 A pedigree of the highest order.

The Eliasberg Adelaide Pound was part of the Louis E. Eliasberg Collection, a name and collection so esteemed in numismatic folklore that it adds a special cachet to any coin associated with it.

A portion of his Collection was auctioned in New York in 2005 by American Numismatic Rarities in conjunction with Spink.

The Eliasberg Adelaide Pound was so highly regarded that it was featured as one of the cover items on the catalogue.

The auction made history, with the Eliasberg Adelaide Pound one of a number of coins that established new world record prices.