The 1937 Pattern Coins of Edward VIII. 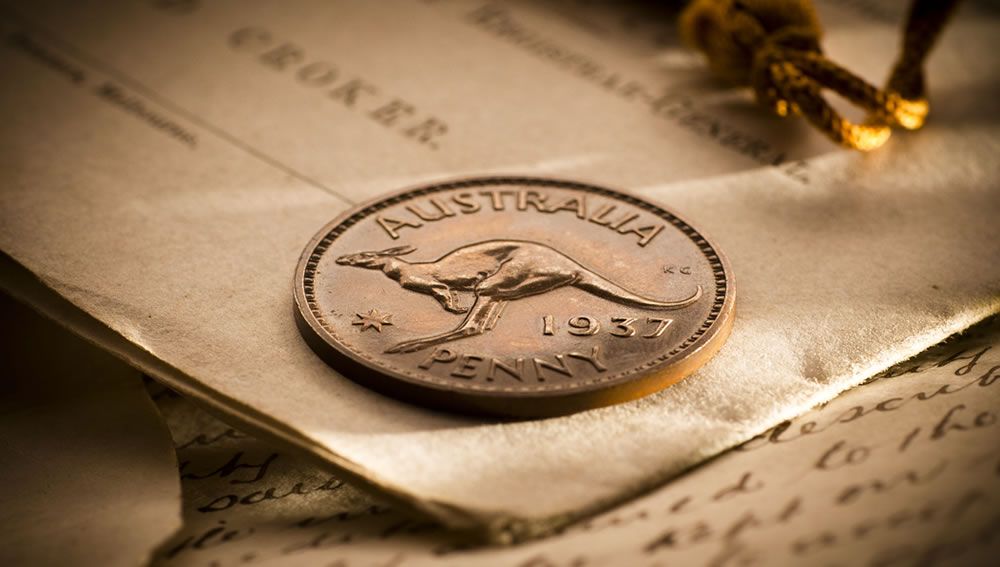 The coronation of King Edward VIII was intended to herald the launch of an exciting new series of Australian coins. But Edward’s abdication created a new set of rarities, Australia’s 1937 pattern coins.

She was the American who shook the British establishment – and had a similar effect on Australian coinage.

King Edward VIII had just ascended to the thrown after the death of his father, King George V. It soon became clear that he wanted Mrs Wallis Simpson as his wife and Queen, but there was a problem – she was a divorcee.

Meanwhile, with wheels turning in British parliamentary and royal circles, the Australian Commonwealth was busy planning a new coin issue in anticipation of the new King’s coronation.

Four patterns were struck – a florin, shilling, threepence and penny – all featuring radical new designs with a strong focus on national identity.

The penny introduced one of our most loved coin designs, the bounding kangaroo. The florin featured a revised Australian Coat of Arms. The threepence was adorned with three ears of wheat. The shilling had a merino ram’s head.

Then history intervened. On December 11th 1936, Edward abdicated the throne so that he could marry Mrs Simpson. So the four new coins never made it beyond the pattern stage. But their designs were preserved for posterity.

In each case, the obverse design depicting Edward VIII was removed. In the case of the penny only, the word ‘MODEL’ was struck onto the blank face. These are, naturally, very rare. The number of specimens available to collectors can be counted on the fingers of one hand.

With obverse designs featuring George VI, Edward’s brother and successor, being prepared in 1937, the Royal Mint London issued a further small number of 1937 patterns, but only of the penny. This featured the bounding kangaroo design on the reverse side and the portrait of the new monarch on the obverse side. It is estimated that only six examples of this coin are held in private hands.

In the end, the only coin issued in 1937 was the Crown, worth five shillings.

The exciting new designs did, however, appear on all Australian coins after 1937, right up until the introduction of decimal currency.