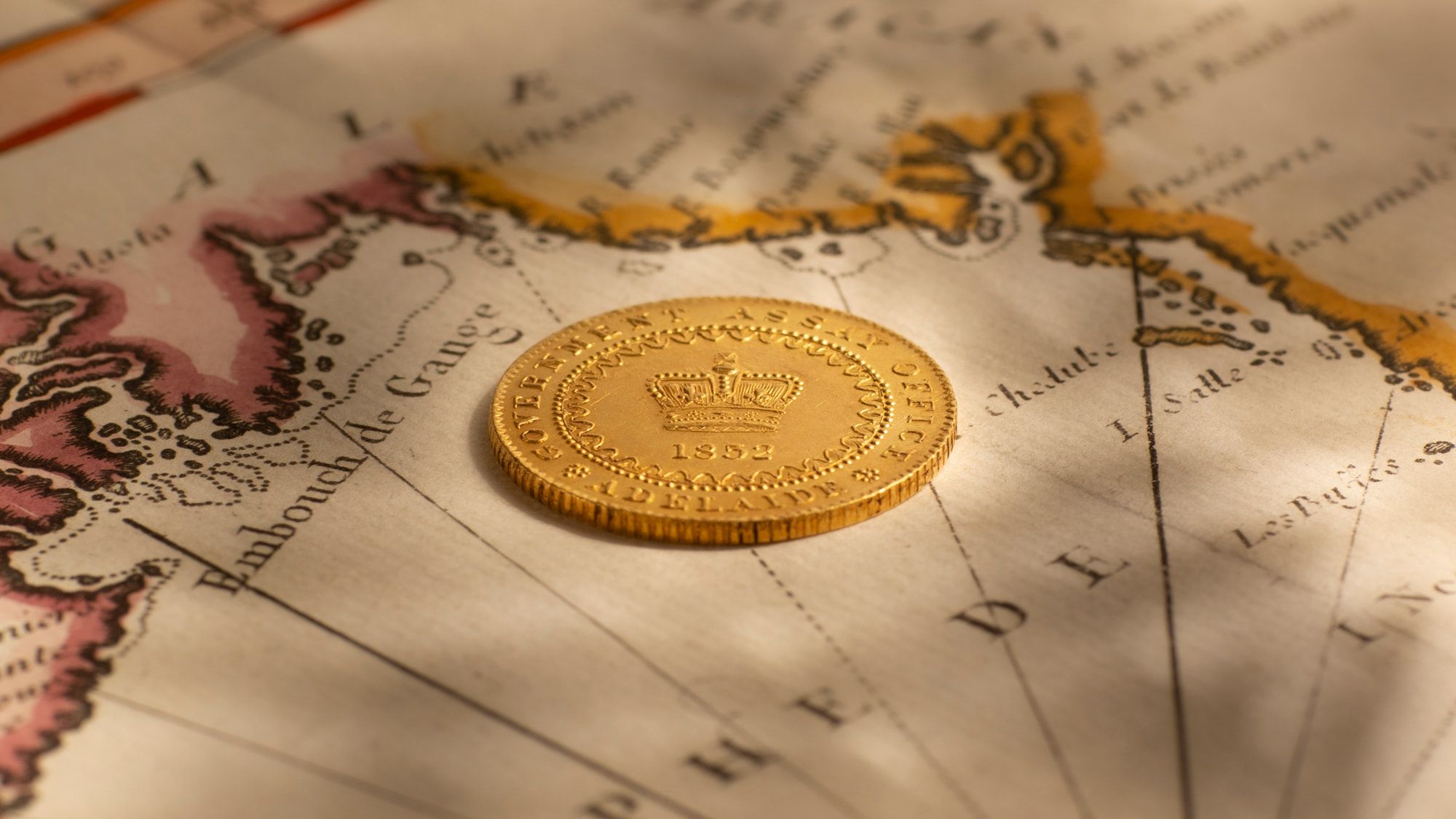 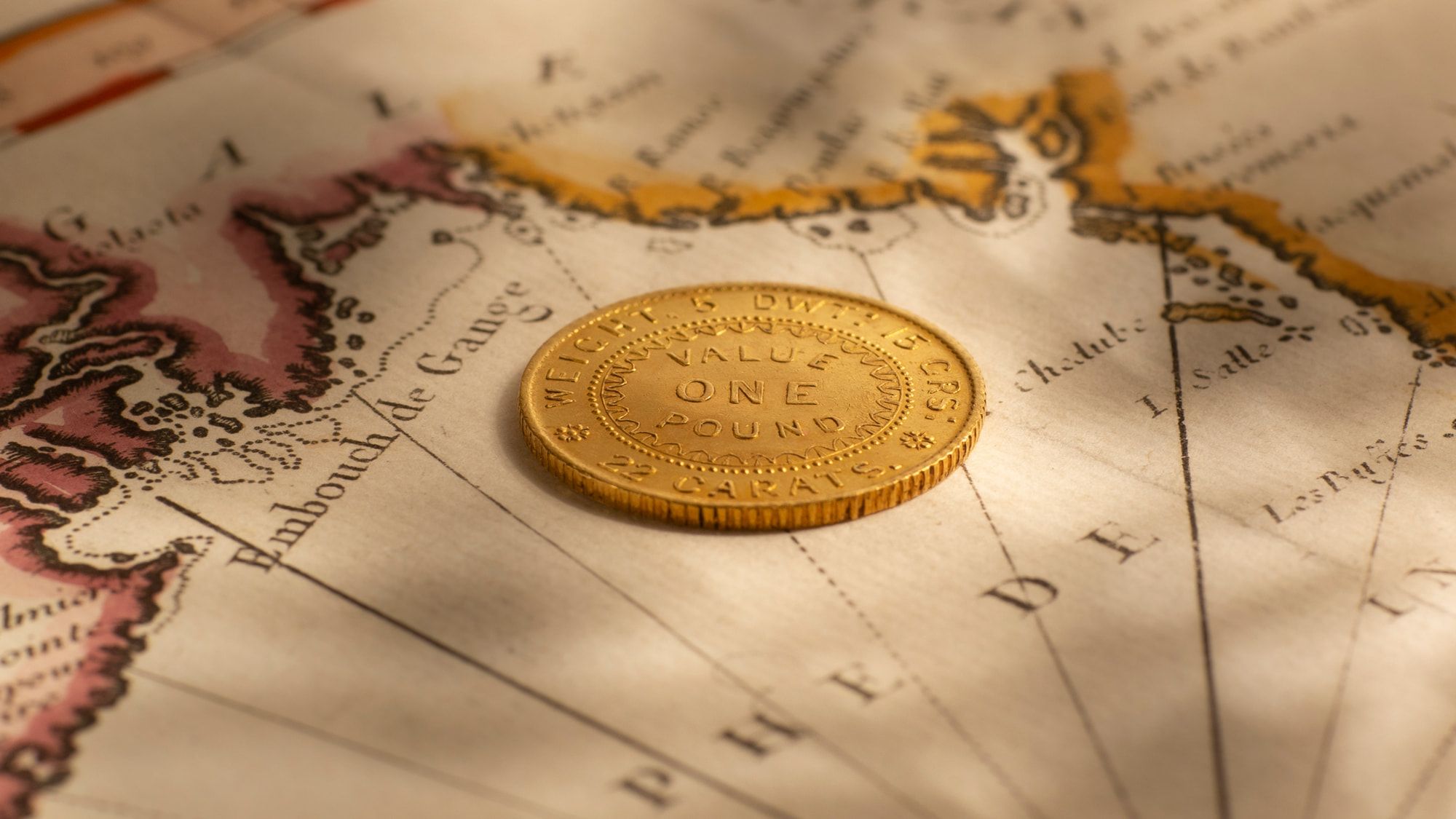 1852 Adelaide Pound Type II
COIN
1852 Adelaide Pound Type II
PRICE
$39,500
STATUS
Sold April 2020
QUALITY
About Uncirculated
PROVENANCE
Held since 2002 in a private collection, Melbourne.
COMMENTS
There are two aspects we always consider when we are checking out an Adelaide Pound Type II. First up is the eye appeal. For us, the coin must look good. And secondly, we look at the strength of the strike, just how well the design was executed during the minting process. This Adelaide Pound scores highly on both counts. It is an impressive example of the nation’s first gold coin, well preserved with original golden lustre, particularly strong on the reverse. And the design has been well executed, the crown is strong, the edge denticles are complete (making it a definite exception to those most commonly found) and the legend Government Assay Office is exceptionally strong (again an exception). And this stunning Adelaide Pound Type II is available now. Technical shots are provided. 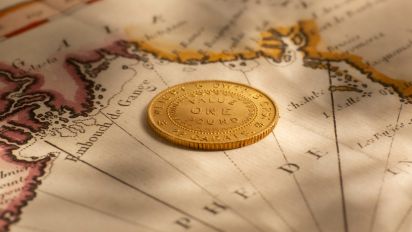 The 1852 Adelaide Pound holds a very special place in Australia's history as the nation's first gold coin. It is a classic Australian numismatic rarity, as is the 1930 Penny, the 1813 Holey Dollar and the 1813 Dump.

We advise buyers to follow a prime rule when selecting an Adelaide Pound. Pick a coin that is visually very attractive. Do not accept the gouges and knocks that impact on its eye appeal. Or the coin that has no edges or has a soft legend.

How an Adelaide Pound looks to the naked eye is an important part of the selection process. This simple point will count when, further down the track, it comes time for you to liquidate your coin and realise on your investment.

It must be remembered that the Adelaide Assay Office was opened 168 years ago as a refinery to strike gold ingots. Except for ensuring the accuracy of the weight and purity of gold in the coin, there was minimal care regarding the overall striking and the eye appeal of the coin. The coins were hammered out and hurled down an assembly line, more than likely into a barrel or bucket.

The coins were to be used as currency, traded in commerce. Not preserved as collectables. Also, gold is a relatively soft metal and the rigours of circulation have treated many Adelaide Pounds harshly.

We also know from historical records that the striking of the Adelaide Pound was fraught with problems. During the first run of coins, the die cracked. A second die was used, and to minimise the risk of further cracking, the pressure was reduced.

The very reason why when it comes to assessing an Adelaide Pound, we always start at the edges and work our way in. We confirm the strength of the edge denticles and the legend Government Assay Office. We then move inwards to the crown. And lastly, we examine the fields.

Taking up this rule and applying it to this coin we can confirm: 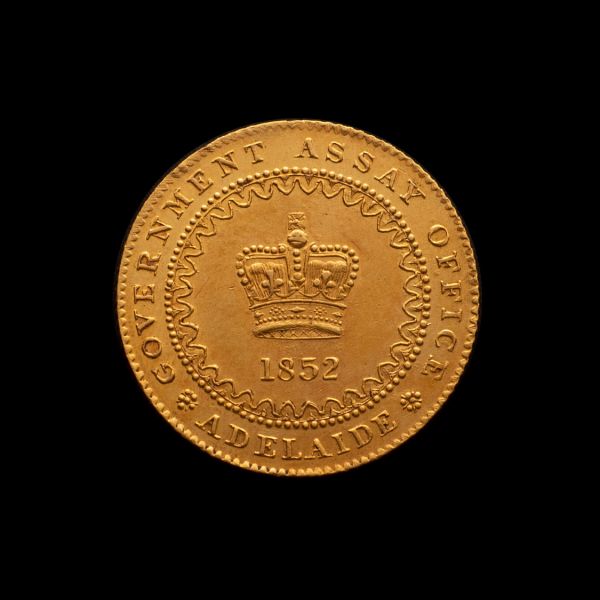 An exceptional Type II example, with complete edge denticles and a strong legend. 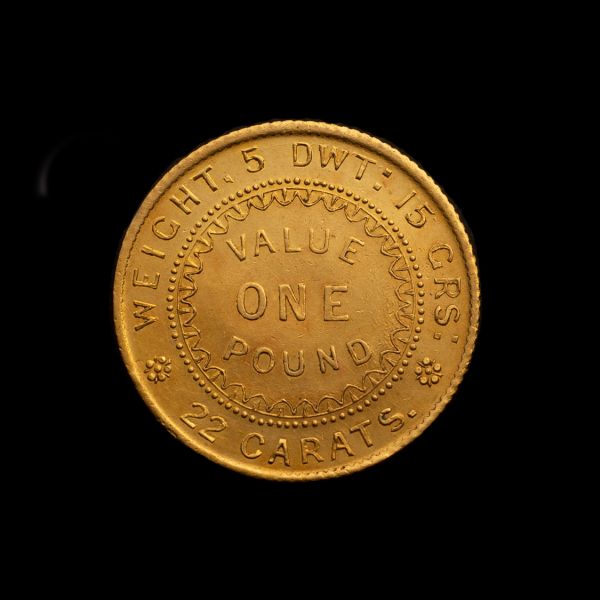 A highly lustrous, glowing reverse. And again the edges are exceptionally strong.