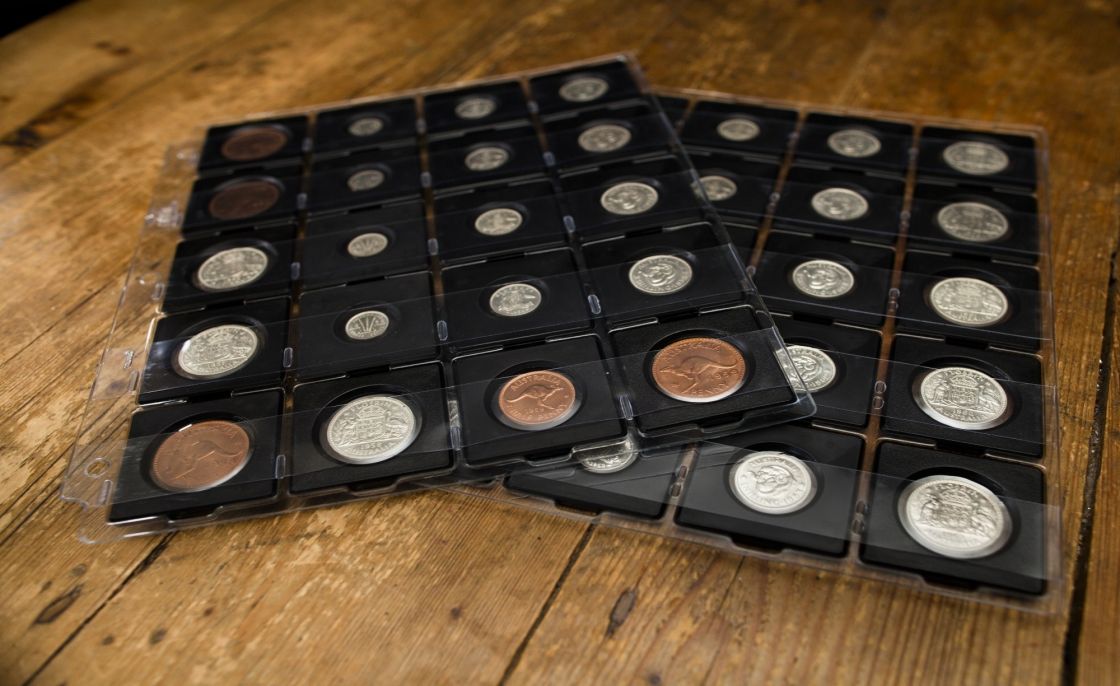 It is a fact that the series of proofs struck between 1955 and 1963 is one of the most popular areas of the market for pre-decimal coin buyers. The coins have an excellent track record for appreciation and the price at which they are sold attracts maximum buyer interest.

They are a perfect entry point into the Australian rare coin market, taken up by many of our clients for children and grandchildren.

The Royal Australian Mint in Canberra and Western Australia’s Perth Mint are today geared to regular production of proof coins to cater to a growing market. The result is that decimal proof sets are plentiful and readily available to the collector.

This may have some collectors believing that pre-decimal proofs were equally abundant; this is simply not the case.

The Perth Mint (and the Melbourne Mint) only began striking proof coins for collectors on a commercial basis in 1955. Approval to embark on the program had to come from Treasury.

The ‘collector’ proof coin series, launched in 1955 to the delight of the collecting public came to a conclusion in 1963, just prior to decimal currency changeover.

Government intervened in just one aspect of the program - only those coins being struck for circulation were to be issued as proofs. For the Perth Mint, operating as a copper producing mint, this meant the striking of penny and halfpenny proofs only.

The coins were released annually with an official issue price of face value plus a premium of one shilling per coin … mintages averaged around the 1,500 mark.

Each piece was minted to exacting standards – from the selection and polishing of blanks, the preparation of dies and ultimately the actual striking. The result is a coin that is pleasing to the eye, well struck with strong designs and superb smooth background fields.

It is an important series in our currency heritage for it represents Australia’s very first annual proof coining program and the pre-cursor to that taken up by the Royal Australian Mint in Canberra in 1966.