Proof 1931 Penny struck at the Melbourne Mint and one of only three known. 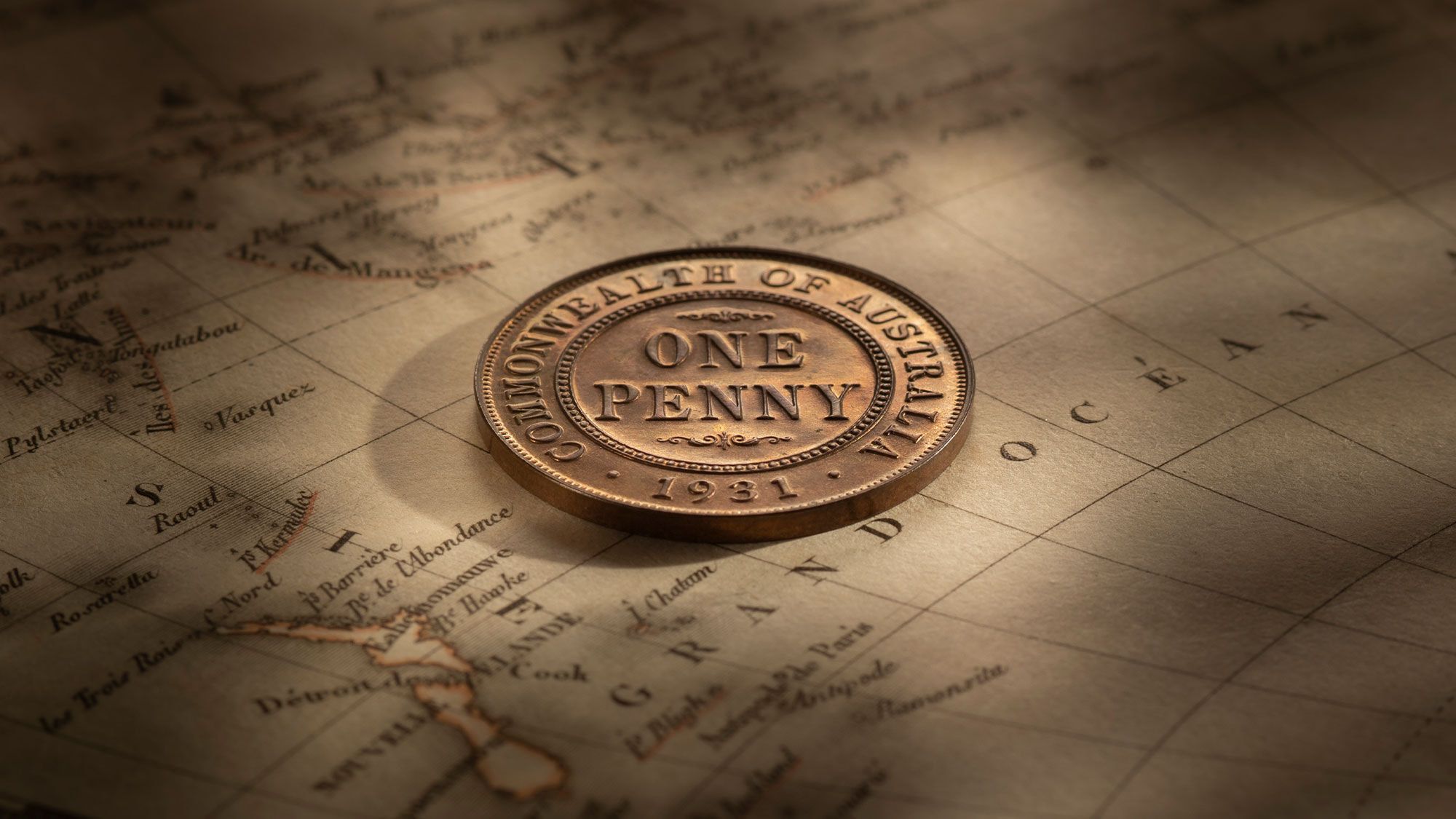 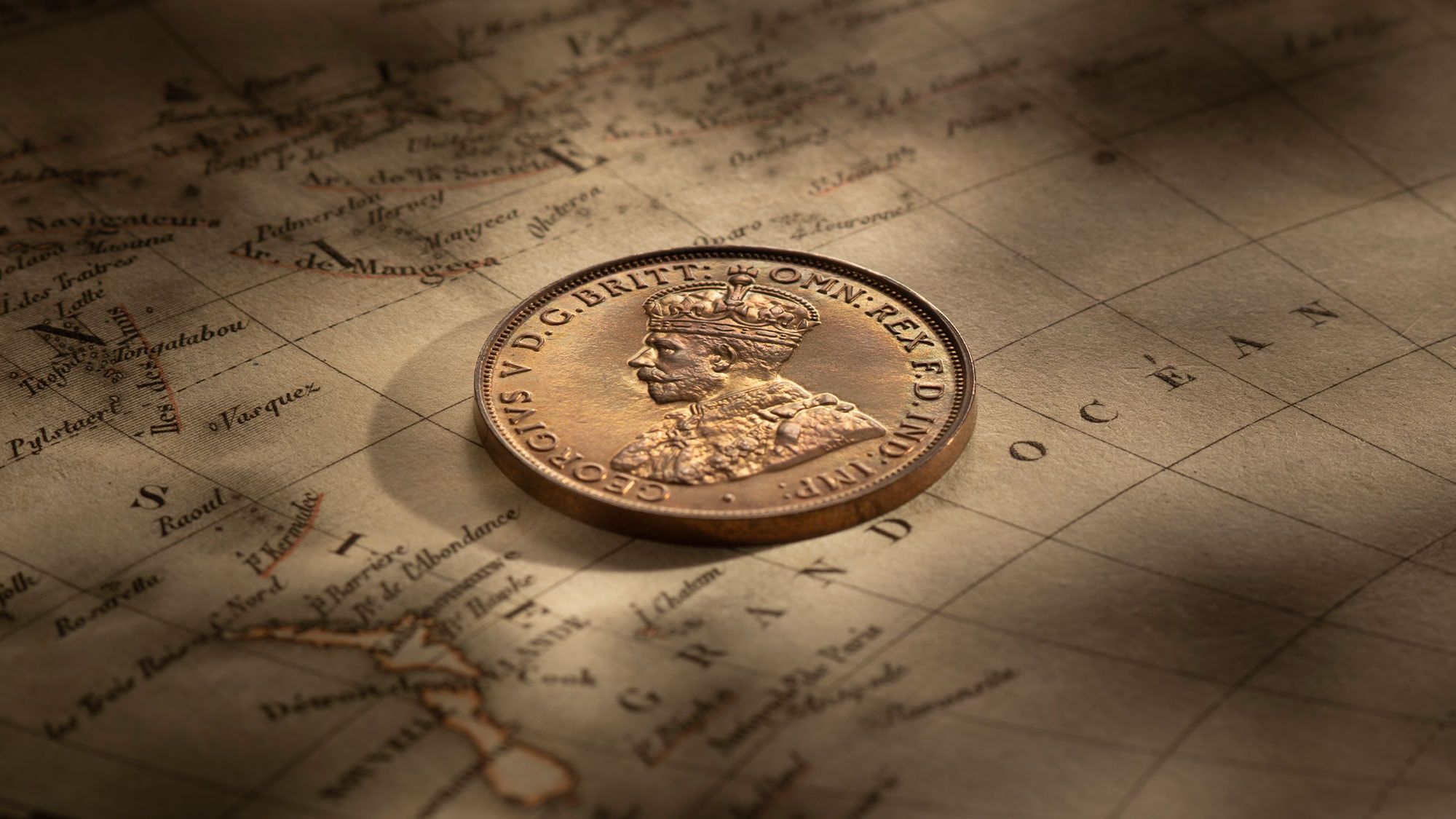 Proof 1931 Penny struck at the Melbourne Mint and one of only three known.
COIN
Proof 1931 Penny struck at the Melbourne Mint and one of only three known.
PRICE
$75,000
STATUS
Sold June 2022
QUALITY
Superb FDC with full brilliance on both obverse and reverse
PROVENANCE
Australian Coin Auctions 28 February 2002, Lot 1689
COMMENTS
A provenance says a lot about a coin. And in the case of this Proof 1931 Penny, it speaks volumes. The coin made its first public appearance at Australian Coin Auctions sale in February 2002. The auction was a water-shed moment for the numismatic industry offering proofs that had never been seen before. And realising prices that also had never been seen before. The quality was unprecedented. And twenty years down the track we still haven’t seen anything like it. The vendor indicated that he had bought the collection in the 1950s from renowned collector Roy Farman, who in turn was a close friend of Albert Le Souef, the Deputy Master of the Melbourne Mint. We attended the auction and the competition for acquisition was amazing, the coins selling for prices that trampled pre-auction estimates and catalogue values. This Proof 1931 Penny is a Brilliant FDC, simply a stunning coin. The year '1931' also is one of the scarce dates of the penny series. The combination of quality and rare date saw the coin sell for $26,000, thirty-six per cent over its then catalogue price. 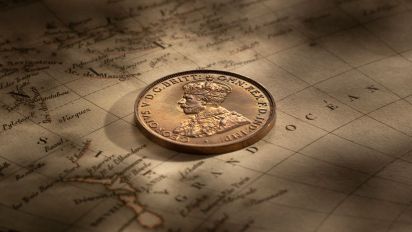 Aussies just love their pennies. And within the penny series, collector preference is for those coins that were struck in limited mintages, that are especially rare in today's market.

A rare date status has a huge impact on the desirability - and the value - of a proof striking. You only have to look at the $1.5 million dollar price tag on the Proof 1930 Penny to appreciate how key dates and high values go hand-in-hand.

The industry contends that the exceptional quality of the 1931 Proof Penny, and the other proofs offered at the auction, had to have been a consequence of Farman’s close relationship with Albert Le Souef.

Le Souef was, like Farman, a passionate collector, the former occupying a position of influence in the Melbourne Mint that would eventually see him become Deputy Master between 1921 and 1926.

In this era there was nothing untoward, or unethical, with ensuring that a collector friend received the very best proof collector striking. It was a simple matter of selecting the smoothest copper blanks. And polishing the dies to ensure a crisp and highly detailed striking.

This coin has had only three owners over the last one hundred years. That’s as rare as the coin itself. Its state of preservation reflects the minimal number of owners and the care that has been lavished on it along the way.

Australian Pre-decimal Coins that were struck as proofs - but not destined for collectors - are technically referred to as Coins of Record. The term, COIN OF RECORD, is to a large extent self-explanatory. It is a coin that has been minted to put on record a date. Or to record a design.

What is not self-explanatory is that Coins of Record were struck to PROOF quality as presentation pieces. And were struck in the most minute numbers satisfying the requirements of the mint rather than the wants of collectors. Forget the notion of striking ten thousand proofs as collectors are accustomed to today. Let's talk about striking a total of ten coins ... or maybe less!

A proof is an artistic interpretation of a coin that was intended for circulation. A proof coin is meant to be impactful, have the ‘wow’ factor and exhibit qualities that are clearly visible to the naked eye. A proof coin was never intended to be used in every-day use, tucked away in a purse. Or popped into a pocket. 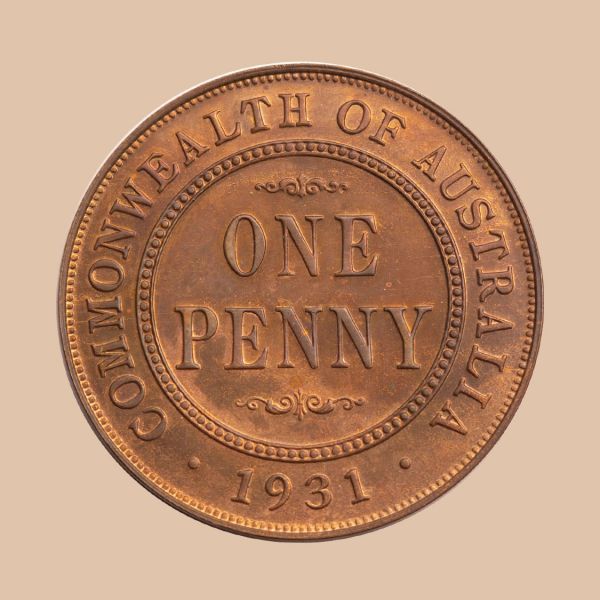 This Proof 1931 Penny is ascribed a technical grading of Brilliant FDC. Take the coin through the light and the degree of brilliance is breathtaking. The upper and lower scrolls are crisp and well defined. As is the inner beading and the edge denticles. 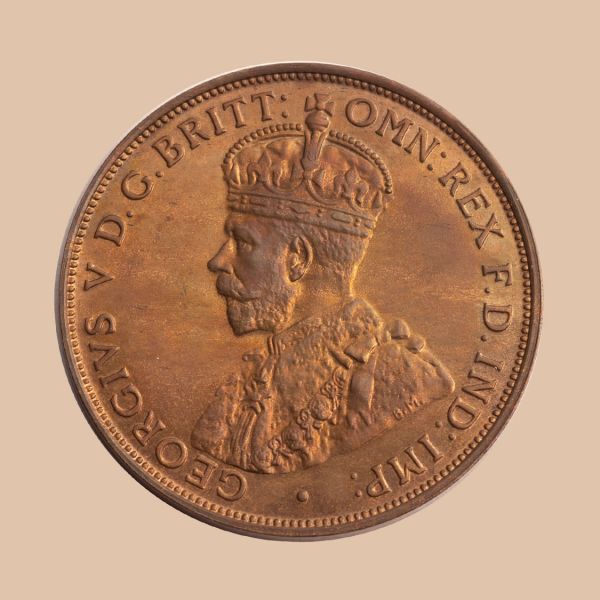 This Proof 1931 Penny - and the other coins offered at Australian Coin Auctions February 2002 sale - introduced the term 'super-proof' into Australia's numismatic dictionary.

It is noted that many of the overseas mints have over time sold off Coins of Record that they considered excess to their requirements allowing them to come into collector's hands. The Royal Mint South Africa sold off several Australian gold proofs in the 1990s