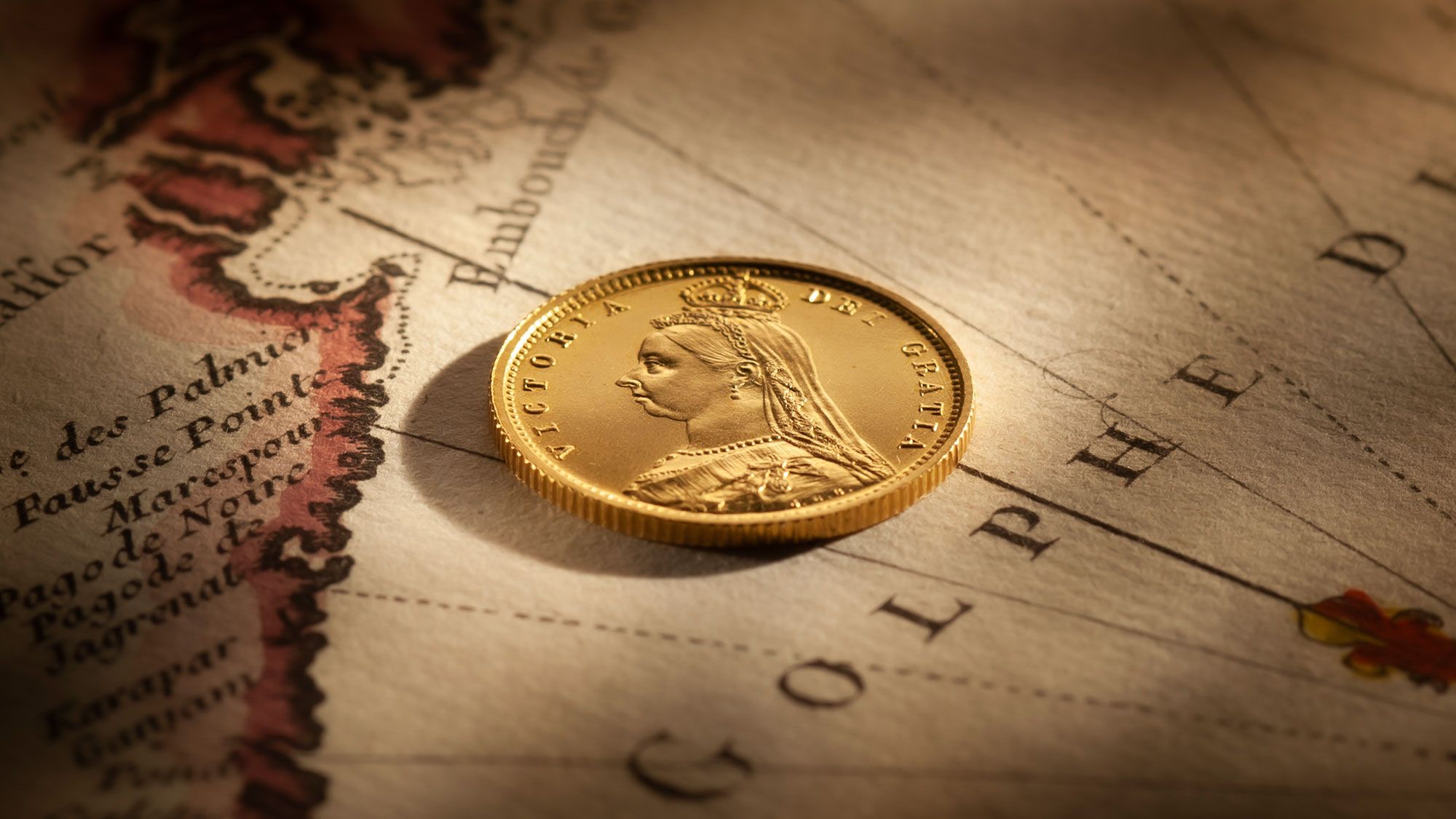 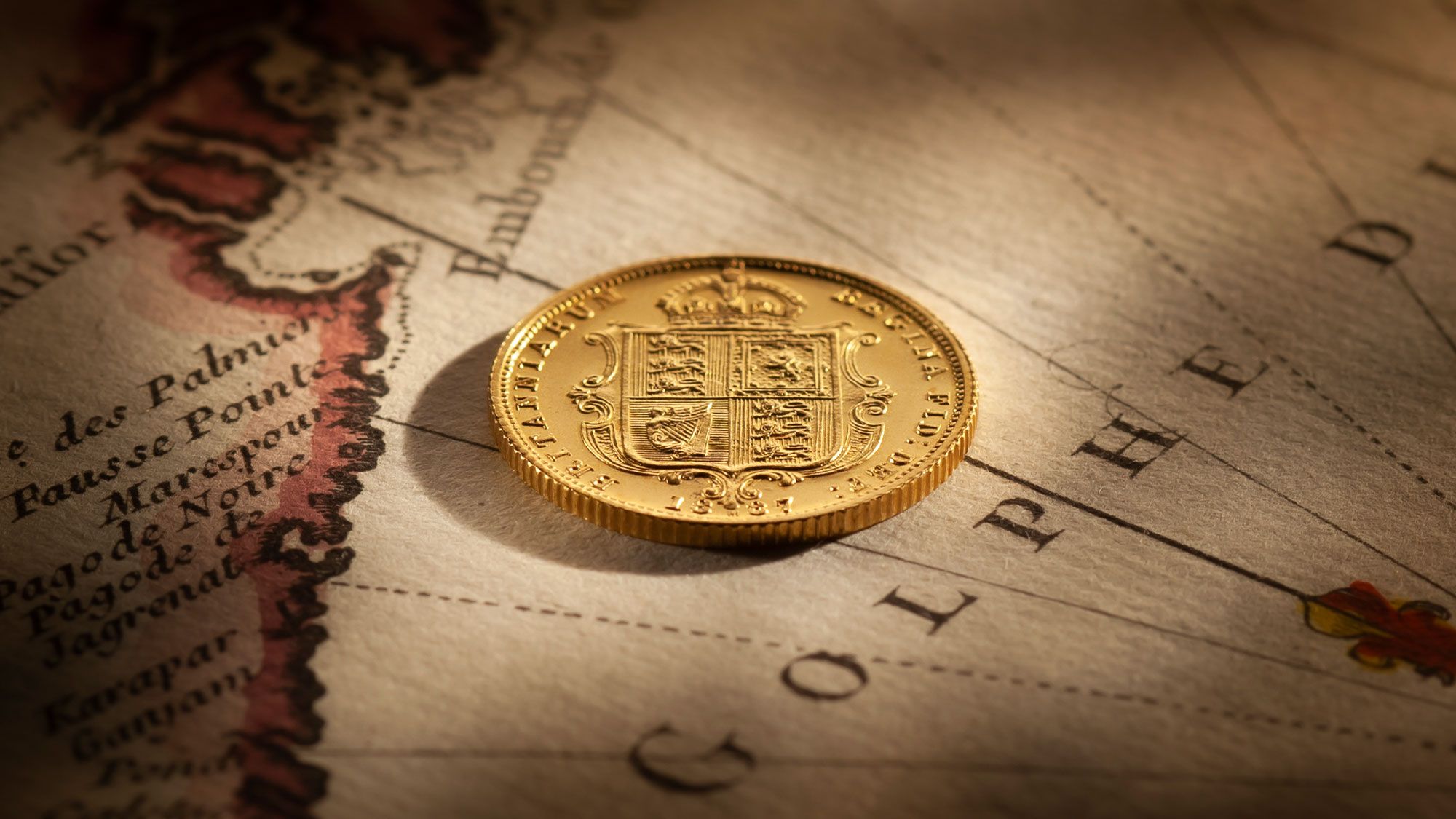 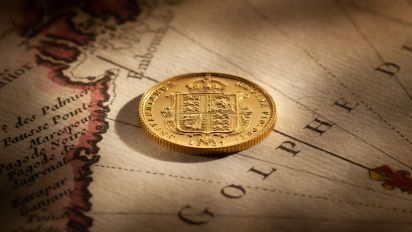 There is a 'wish-list' of key indicators that collectors look for in numismatic investment, they being rarity, an important date, widespread appeal and supreme proof quality. And this Proof 1887 Half Sovereign has the lot!

An important date. It is an acknowledged fact that collectors pursue the first year of a series over and above all other years out of an era. The first year is defining. The second is not.

And the year '1887' is the very first year of a new design. The 'Jubilee' portrait of Queen Victoria was introduced in 1887 to mark the monarch's Golden jubilee (1837 - 1887). The design lasted only six years and was replaced with the Veiled Head design, reflecting the monarch's mature years.

The coin is extremely rare. This coin was first sighted in 1903 in the liquidation of the famous John G Murdoch Collection, Lot 625.

No other example has ever been sighted.

Not only is the coin extremely rare, but this area of the market presents very few options for buyers. While sovereigns were produced at the Melbourne Mint each year and in mammoth numbers, half sovereign production was sporadic, the Mint producing half sovereigns for circulation in only two years, 1887 and 1893. And the mintages were minuscule.

The buyer seeking a proof striking of the Melbourne Mint’s circulating Jubilee Half Sovereigns therefore has only two date options, 1887 or 1893.

Widespread appeal. Proof coins are prestigious. They inspire respect and admiration. Ask collectors why they pursue proof coins over circulating currency and the prestige of owning a proof coin is most likely at the top of their list. It's the euphoria that comes with owning something that very few other people can ever possess.

The rarity of Australia's proof sovereigns and half sovereigns is acknowledged worldwide and has instigated a strong reaction from buyers at several recent overseas auctions.

The Sincona Auction held in Zurich, November 2021, was a watershed moment for collectors of Australian proof gold sovereigns and proof gold half sovereigns. Two veiled head proof sovereigns, 1898 and 1901, sold for an equivalent of $100,000 and $190,000, the latter a rarer Perth Mint striking. While some collectors shook their heads in disbelief, we were elated that the coins are now commanding the respect - and the prices - that they deserve.

The momentum continued at Heritage Auctions in April 2022 where two pairs of Australian proof sovereigns and half sovereigns, the first dated 1855 and the second, 1856, sold for record auction prices.

Supreme proof quality. In 1978 and again in 1981, Spink Auctions described this coin as brilliant and flawless. And so have we. This Proof 1887 Half Sovereign is a masterpiece of coining skills.

The coin on offer is one such presentation piece, a Proof 1887 Half Sovereign struck at the Melbourne Mint.

That proof coins were struck in the nineteenth century may surprise some readers. But it has to be said that the striking of proof coins in Australia is not a modern day phenomenon. Nor a product of the decimal era. The nation’s mints were striking proofs of our pre-decimal coinage in the nineteenth and twentieth centuries and the intention was then, as it is today, to create limited mintage coins struck to the highest standards of quality.

Rarity is the key word when discussing proof gold.

And it is a statement of fact that proof gold, irrespective of the sector, is extremely rare and buying opportunities will always be thin on the ground.

This Proof 1887 Half Sovereign is a golden opportunity and for just one buyer. No other proof half sovereigns of this date have appeared over the last century.