Prince Edward Island. Situated in the Gulf of St. Lawrence the Island was a former colony of France and then Britain. It became the seventh province of Canada in 1873. 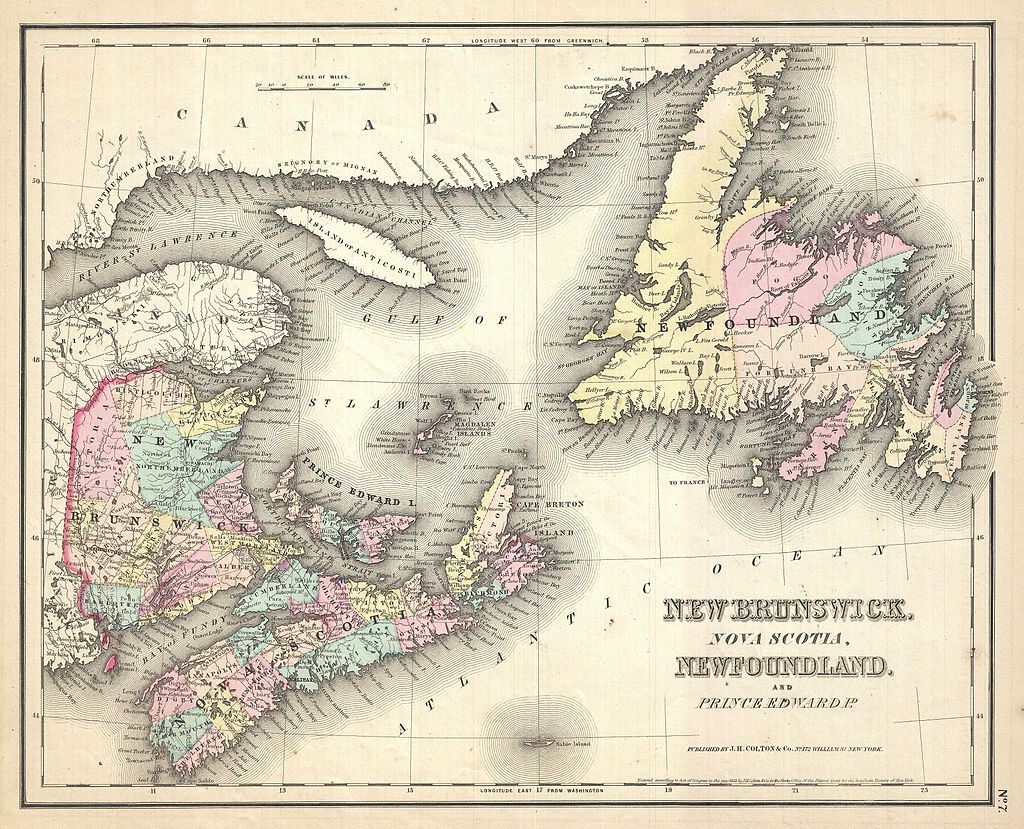 An Antique map of Prince Edward Island (PEI), cradled between New Brunswick and Nova Scotia, the mainland to which PEI was once attached.

Mi’kmaq Indians first arrived at Prince Edward Island 10,000 years ago when it was still attached to the New Brunswick and Nova Scotia mainland by a land mass. As hunters and gatherers, the Mi’kmaqs led a migratory life, dictated by the seasons and food supplies.

After 5000 years, the sea level rose, which removed the land bridge and created the island ‘Epekwitk’ meaning ‘resting on the waves’ and became the Mi’kmaq people’s home.

French explorer Jacques Cartier was the first European to discover the island in 1534, he described it as ‘the fairest land ‘tis possible to see’ and named it Île Saint-Jean.

The crescent shaped island, located on Canada’s east coast in the Gulf of St Lawrence and north of the Nova Scotia peninsular, was visited by French and Basque fisherman throughout the 17th century. However, the first continuous French settlement did not begin until 1720, and progress was slow.

Throughout the 1740s and 1750s, there was little need for roads, travel was mostly by canoe and settlement didn’t extend more than one farm deep from the shoreline. The population for the entire island ranged from about 300 to 450 during these years.

In August 1755, Acadian settlers were expelled from neighbouring ‘Bay of Fundy’ by the British, and saw the newly Anglicised ‘St John’s Island’ become as much a refugee camp as a colony. The population approached 5000.

In 1758, having taken the fortress of Louisbourg for the second and final time, the British rounded up French settlers on ‘St. John’s Island’ (PEI) and deported them, leaving only 300 Acadians remaining.

The island was formally awarded to Britain in 1763, and since the fall of Louisbourg in 1758, pressure was on the British Crown to award ‘St. John’s’ land to influential petitioners. 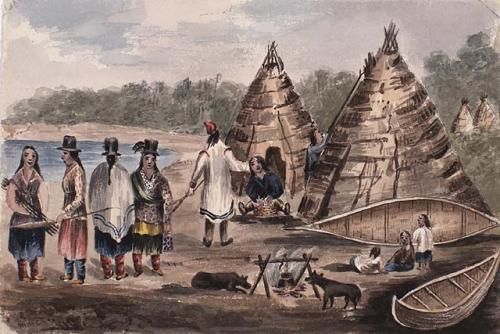 Captain Samuel Holland was commissioned to survey the Island, and divided it into 67 townships of 20,000 acres each. In a great lottery held in London, English merchants and military figures were granted large parcels of property in the colony, but speculation was common with most proprietors of the holdings.

Many lots of land quickly changed hands, conditions of tenure were rarely honoured, and rents went unpaid. Land ownership problems were created that would trouble the island until after Confederation, when the Island Government was able to purchase the last of the large estate lots for resale to tenants.

In 1799, Great Britain officially changed the colony’s name from St John’s Island to Prince Edward Island, to distinguish it from similar names in the Atlantic. The name change honoured the fourth son of King George III ‘Prince Edward Augustus’, the Duke of Kent (1767-1820).

In 1873 Prince Edward Island became the seventh province of Canada.