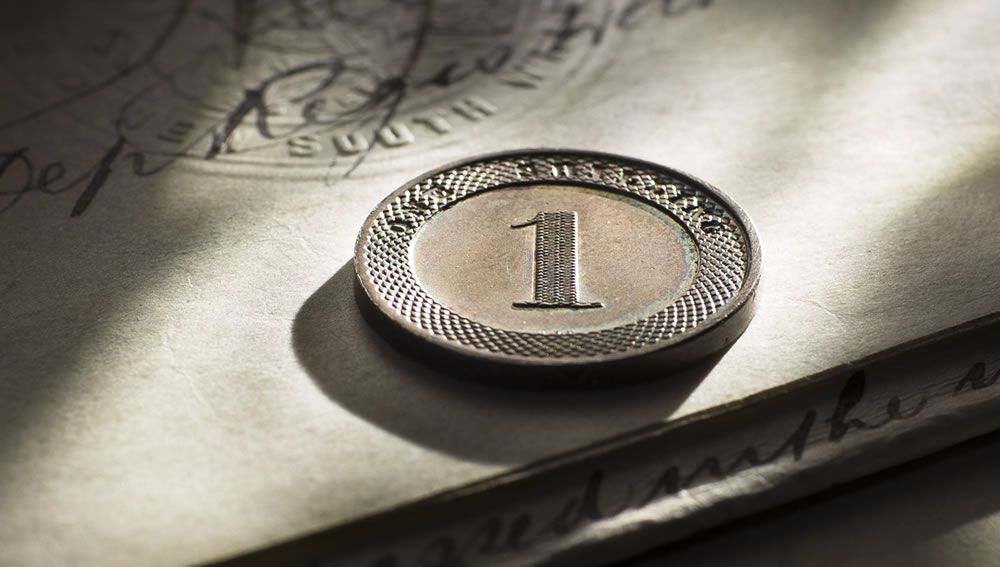 The obverse of this Port Phillip Kangaroo Office Shilling features Queen Victoria wearing a jewelled coronet. Toothed denticles form the border. The reverse features a broad raised engine-turned rim with the words ONE SHILLING embedded in the rim and the denomination, a large figure ‘1’ in the centre. The coin was struck with a plain edge.

The Port Phillip Kangaroo Office coins have been owned by some of the greatest collectors of our time: Montagu, King Farouk of Egypt, J J Pitman and Tom Hadley. They are revered by collectors and investors in Australia. And right across the globe.

That the bidding exceeded the estimates is a reflection on the rarity and demand for the coins struck by W J Taylor.