1813 Holey Dollar struck from a Charles IIII, 1798 Mexico Mint Spanish Silver Dollar.
COIN
1813 Holey Dollar struck from a Charles IIII, 1798 Mexico Mint Spanish Silver Dollar.
PRICE
$465,000
STATUS
Available now
QUALITY
Original Spanish Silver Dollar: Extremely Fine. Counter stamps: Extremely Fine.
PROVENANCE
Mira Noble Technical Reference: 1809/10
COMMENTS
The pride and joy of owning the nation’s first coin, the 1813 Holey Dollar, is indefinable. Its rarity with less than 200 available to private collectors. And its national significance as Australia’s very first local currency touches all its owners. We have seen it first-hand. The opportunity to own one of the very finest and the rarest Holey Dollars comes to very few collectors. And this Holey Dollar is absolutely, one of the very best and one of the rarest. The accolades with this Holey Dollar don’t stop there. It is the most recognised of its specie. This Holey Dollar was chosen to grace the front cover of the reference book, “The Holey Dollars of News South Wales, a Pictorial Record of Known Surviving Specimens”. Published in 1988 as part of Australia’s Bicentenary celebrations and authored by Messrs Mira and Noble, this 92-page book is the absolute authority when it comes to researching Holey Dollars. It is used worldwide by collectors and dealers alike. The authors confirmed the survival of 275 Holey Dollars. That they selected this Ferdinand VII Holey Dollar as the sole front cover item is a further affirmation of its worth. Family heirloom. Or an investment in history. This Holey Dollar is both.
Enquire Now 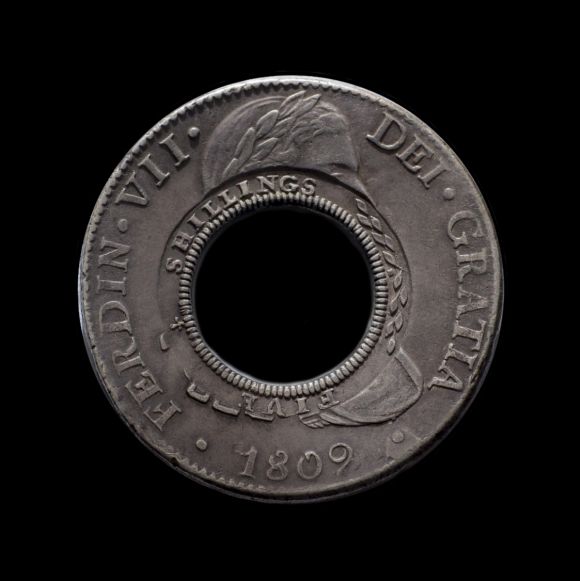 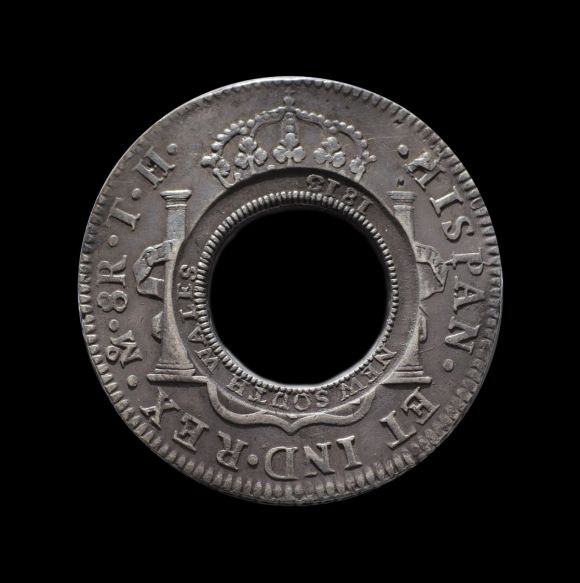 The counter stamps are a supreme quality Good Extremely Fine on both obverse and reverse and also have original silver lustre.

The fundamental of this Holey Dollar.

And that has been confirmed.

The chart attached clearly shows the spread of Holey Dollars based on quality. And the relative ready availability of low quality examples. The chart also confirms the extreme rarity of high quality specimens. 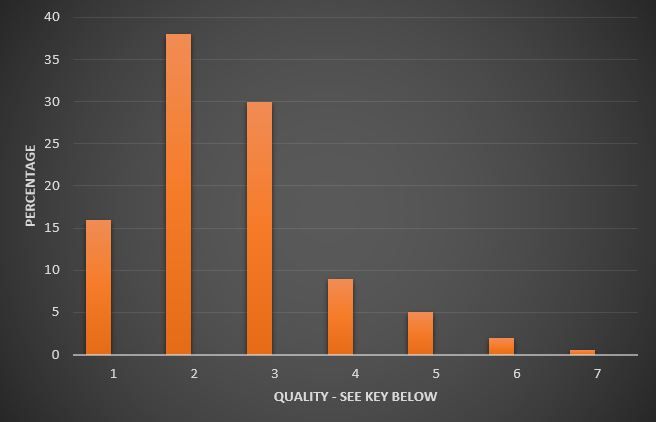 ***example chart - check with B

The current owners acquired the coin from Barrie Winsor in the late 1980s where it has been held ever since. 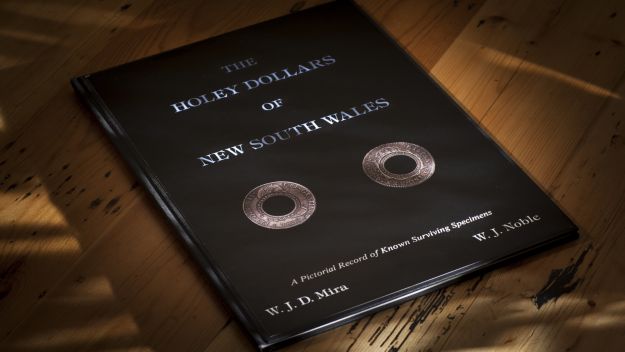