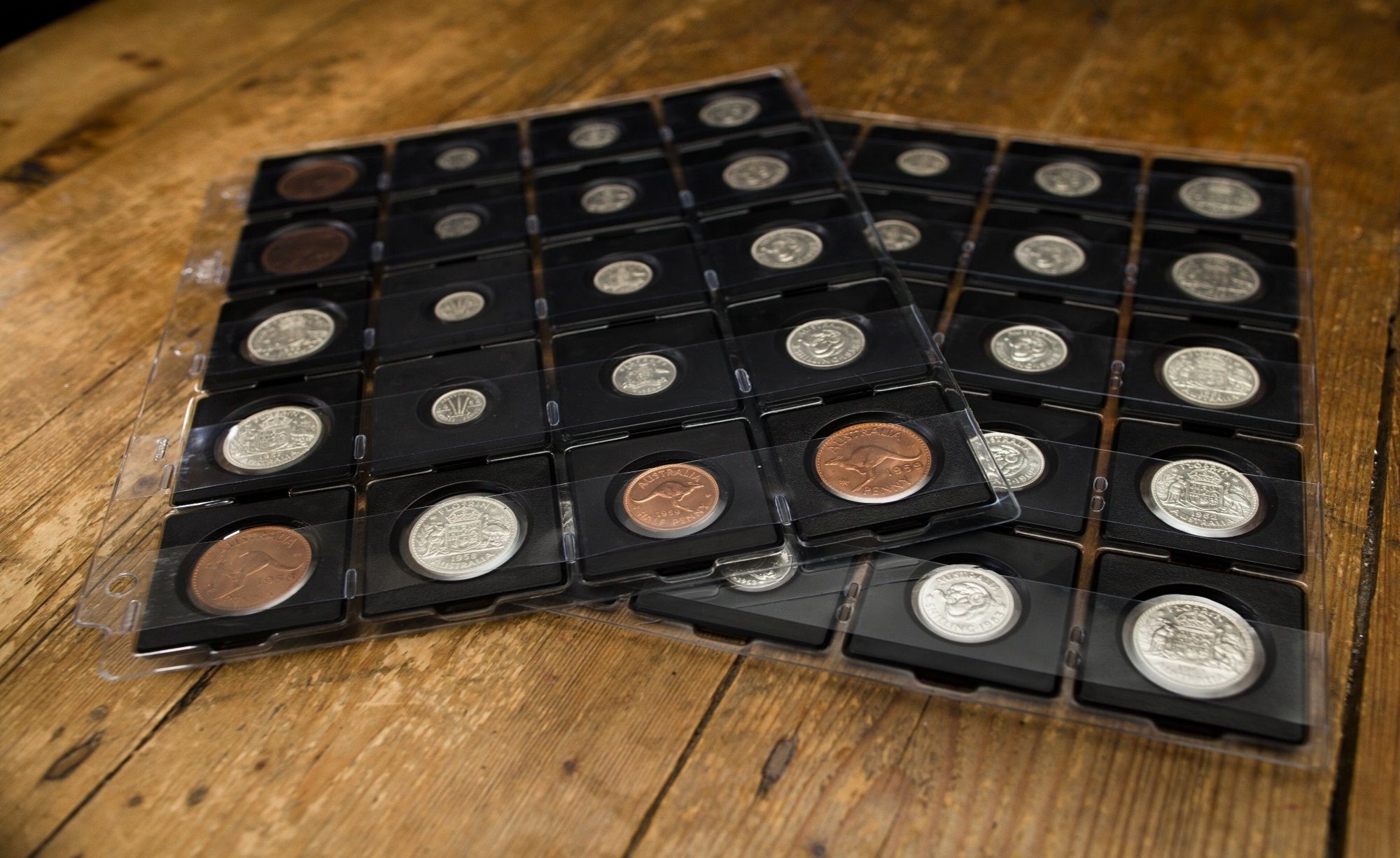 Complete Collection Melbourne 1955 – 1963 Proof Coins
COIN
Complete Collection Melbourne 1955 – 1963 Proof Coins
PRICE
$35,000
STATUS
Sold September 2017
QUALITY
Superb FDC
PROVENANCE
Private Collection Melbourne
COMMENTS
Over the years we have sourced some truly remarkable material, and at all dollar levels. And this collection of forty pre-decimal proof coins struck by the Melbourne Mint is genuinely remarkable. When it came across the counter last week our eyes lit up. We had sold the Collection several years before and we knew the minute we laid eyes on it that we could only have sourced it from one of two collectors. We checked and we were correct. The original owner was a Melbourne collector, an expert on Australian proof coinage and has authored many articles on the same. His coins are distinctively sensational.
Enquire Now

This collection of proofs had been put together over a twenty-year period to a consistently high standard. The silver proofs are brilliant. The coppers, which are the driving force for rarity and price growth, are simply sensational.

The collection is comprised of:

It comes at the top of our list of recommendations for clients looking to tuck something special away for their children or grandchildren. It is without doubt one of the most popular collecting series in the Australian coin market.

The Sydney Mint closed in 1926 and during its years of operation would NEVER strike proofs for collectors. The Melbourne Mint and the Perth Mint did not commence regular proof coining for collectors until 1955, and only after obtaining Government approval.

Each piece was minted to exacting standards – from the selection and polishing of blanks, the preparation of dies and ultimately the actual striking.   The result is a coin that is pleasing to the eye, well struck with strong designs and superb smooth background fields.

Launched in 1955, the programme ended in 1963 just prior to decimal currency changeover. The series was a catalyst for the introduction of a proof coining program for collectors by the Royal Australian Mint, Canberra.