Collection of cut and counter stamped Spanish Silver Dollars, the highlight a Holey Dollar issued by the British Colony of Trinidad. 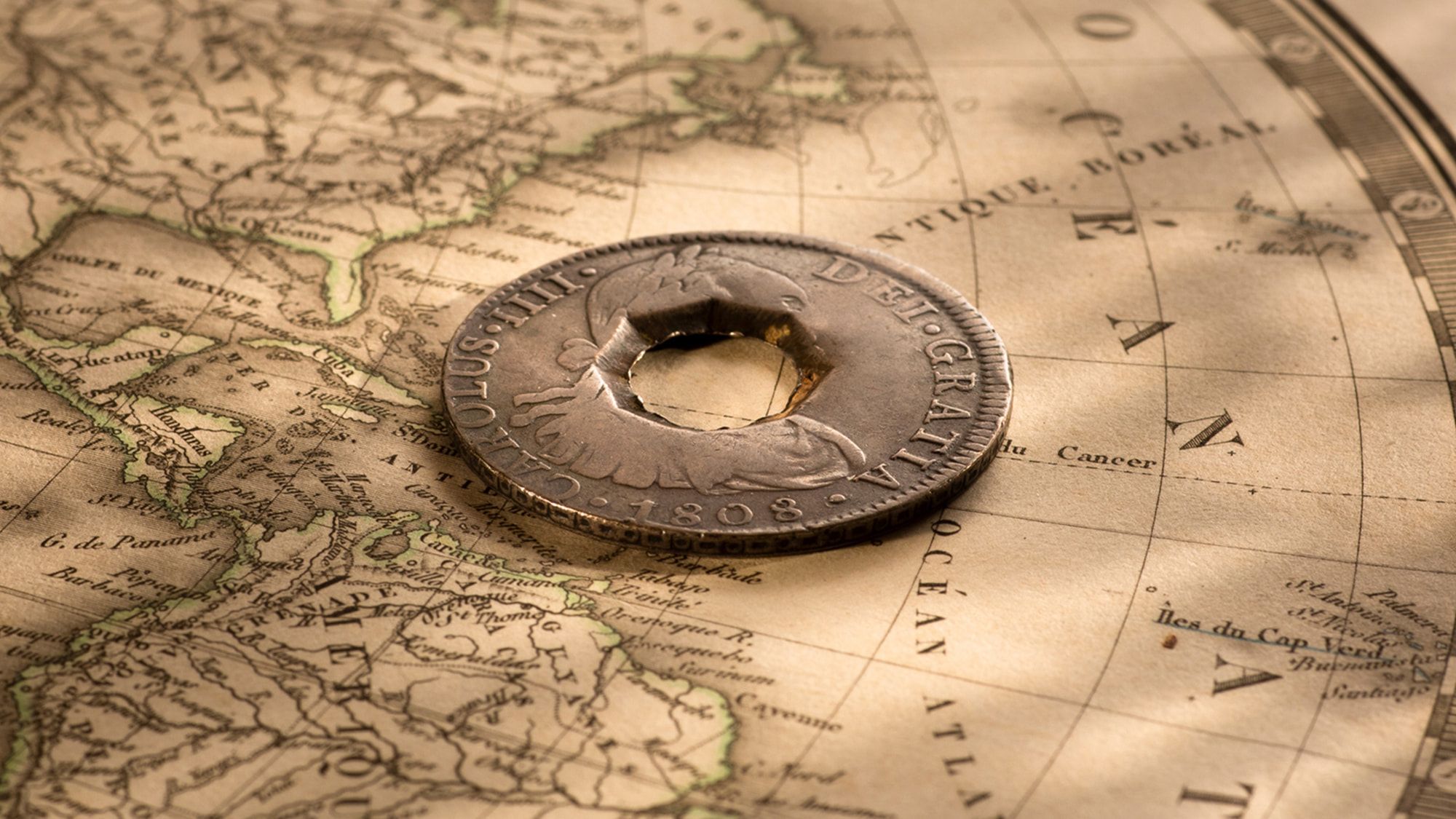 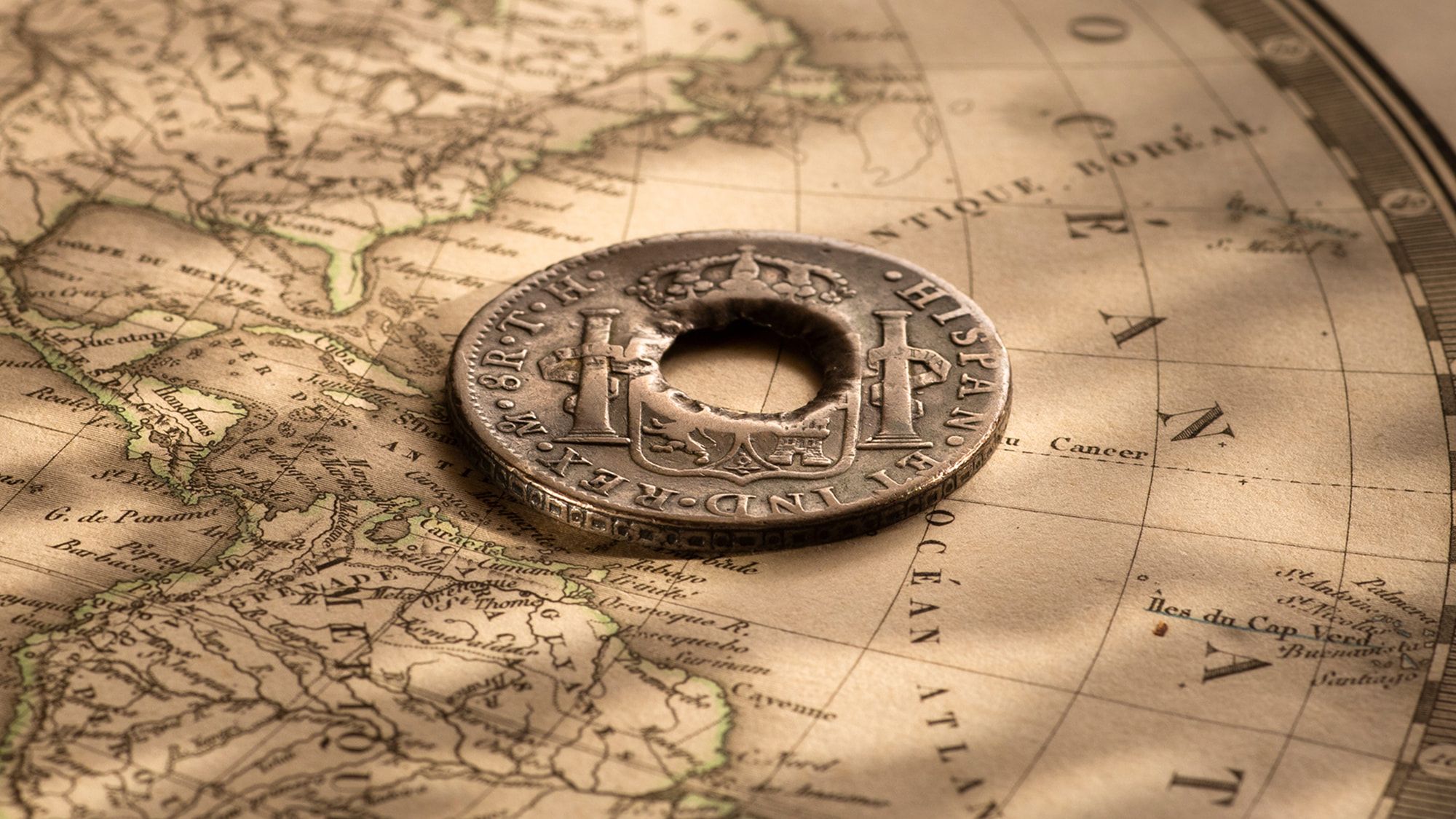 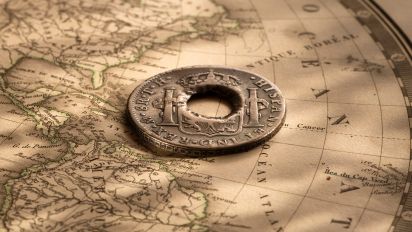 The Spanish Silver Dollar. The coin that ruled the world.

It was however, the silver rich continent of South America that became Spain’s treasure trove, bank rolling its ascendancy as a world power. In 1536, Spain established its first colonial mint in Mexico. It was by far the most lucrative of the Spanish mints, coining more than 2 billion dollars’ worth of silver pieces over a 300 year period (1536 – 1821). The Lima and Potosi Mint came on board in 1568 and 1573 respectively.

Not only were the Spanish mint’s prolific but the monarchy in 1537 introduced exacting standards of weight and purity into its coinage. (A diameter of 39mm and a weight of 27.70 grams of pure silver.) That clever move resulted in worldwide dominance of the Spanish Silver Dollar and its ultimate acceptance as an international currency and medium of exchange.

The Spanish Silver Dollar was used – and abused – the world over for centuries.

It was the coin that was holed and counter stamped by Governor Lachlan Macquarie to create his Holey Dollar and Dump, the very first coins struck in Australia.

When the Spanish Dollar was cut into quarters, half or three-quarter segments and stamped with the insignia of a colony, it served as small change for that dependency.

Such practises were widely used throughout the British colonies of the Caribbean and several African nation’s including Sierra Leone.

Even Great Britain succumbed to the lures of the Spanish Silver Dollar. In 1797 the Bank of England purchased for its own account well over two million dollars of Spanish Silver Dollars to supplement its own coinage. These were counter stamped with an oval bust of King George III.

Australia is not the only nation to lay claim to having a 'Holey Dollar' as its official currency.

This extremely rare Holey Dollar was issued in 1811 by the British Commonwealth Island of Trinidad and was created from an 1808 Mexico Mint Silver Dollar that was pierced to create a plain cut, octagonal edged hole.

Irrespective of the issuing authority - New South Wales, Trinidad, Dominica or Canada's Prince Edward Island - the Holey Dollar is an internationally respected colonial coin that began its life as a Spanish Silver Dollar and is extremely rare and highly sought after. 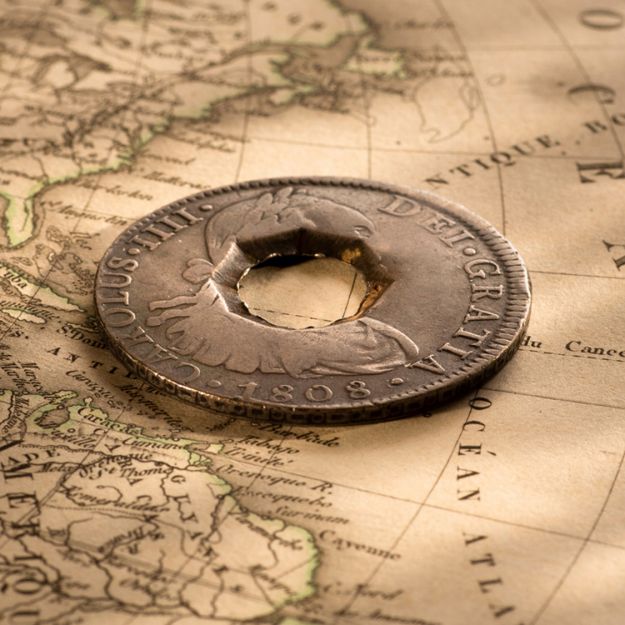 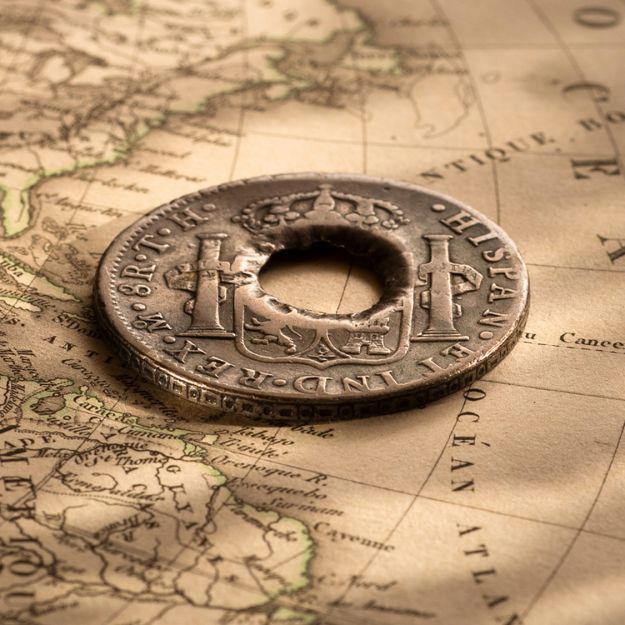 On 3 February 1801, the Assembly of the Virgin Islands passed an Act for stamping half dollars and quarter dollars. 'TORTOLA' was stamped in relief in a rectangular shaped indent.

Tortola is the largest island of the British Virgin Islands that lay in the Caribbean east of Puerto Rico and the US. 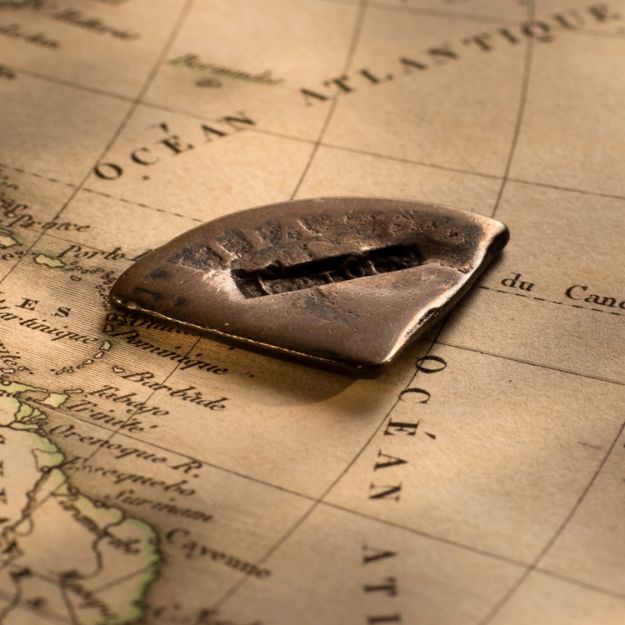 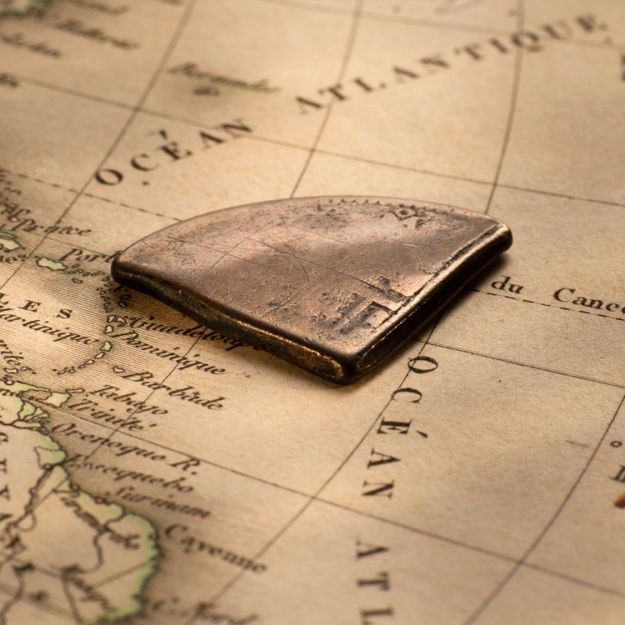 A Tortola issue of 1801, a cut half segment of a Charles IIII Mexico Mint Spanish Silver Dollar minted in 1794 counter stamped 'TORTOLA' in relief in a rectangular shaped indent.

From the Hopkins Hoard, sold with Spink London ticket. 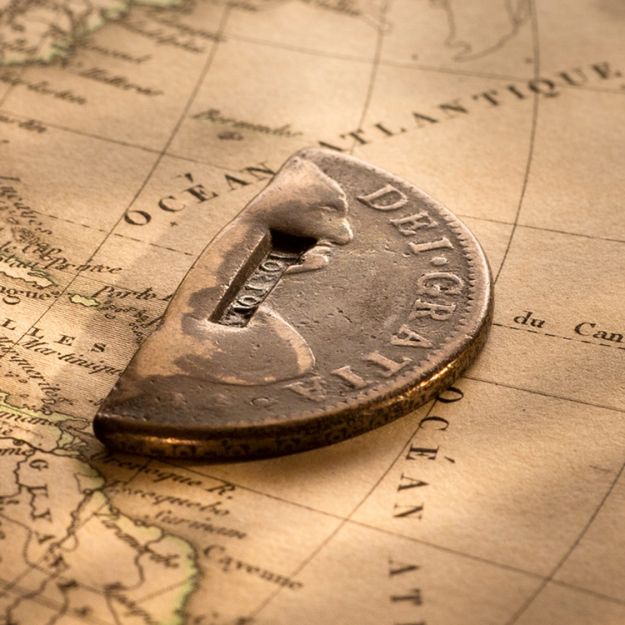 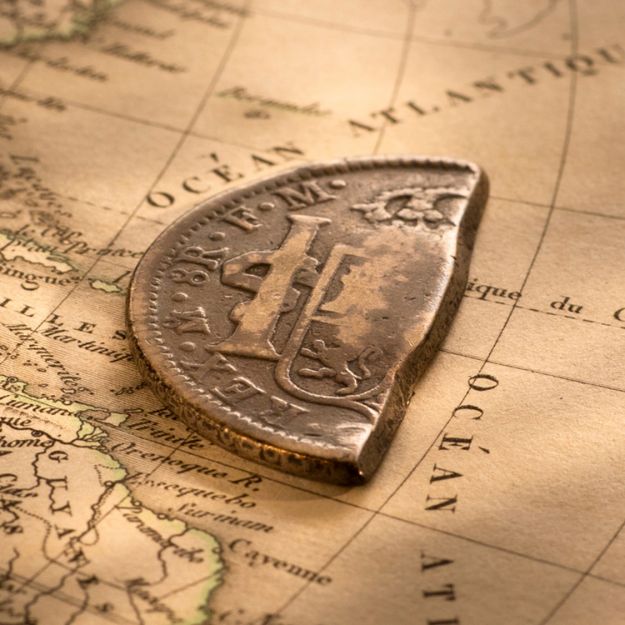 A Tortola issue of a cut half segment of a Charles IV Mexico Spanish Silver Dollar counter stamped 'TIRTILA' in relief in a rectangular shaped indent. 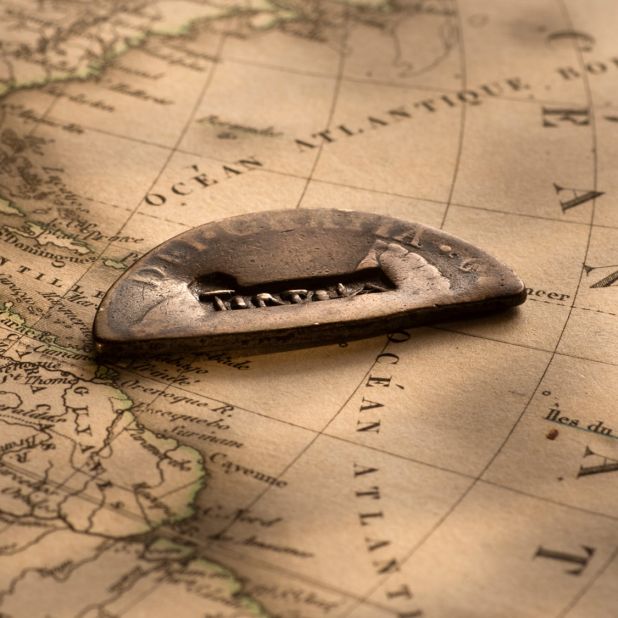 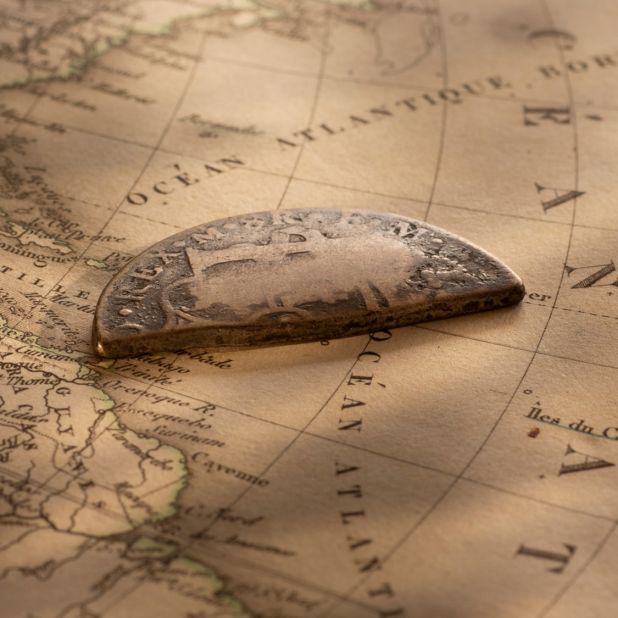 A cut square centre segment of a Spanish Silver Dollar, issued in 1811 in the British colony of Guadelope

The island of Guadelope is situated in the Leeward Islands in the Caribbean and came under British control on 4 February, 1810.

This square centre segment was cut out of a Spanish Silver Dollar and features crenellated edges and is counter stamped with a ‘G’ for Guadelope. 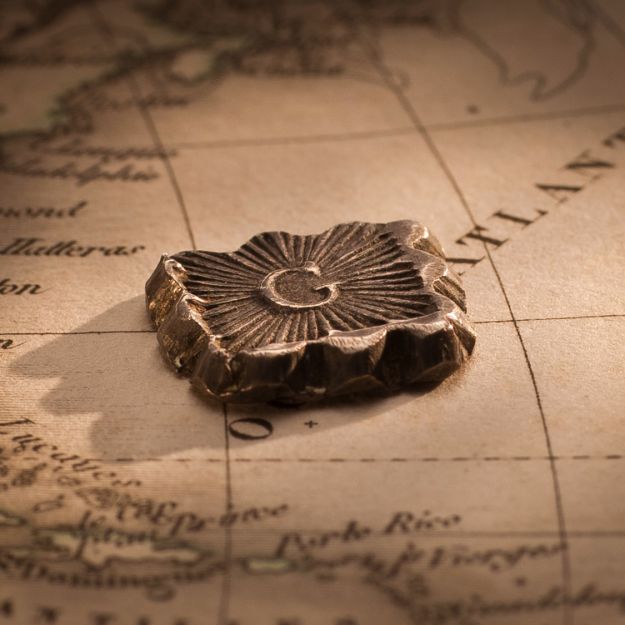 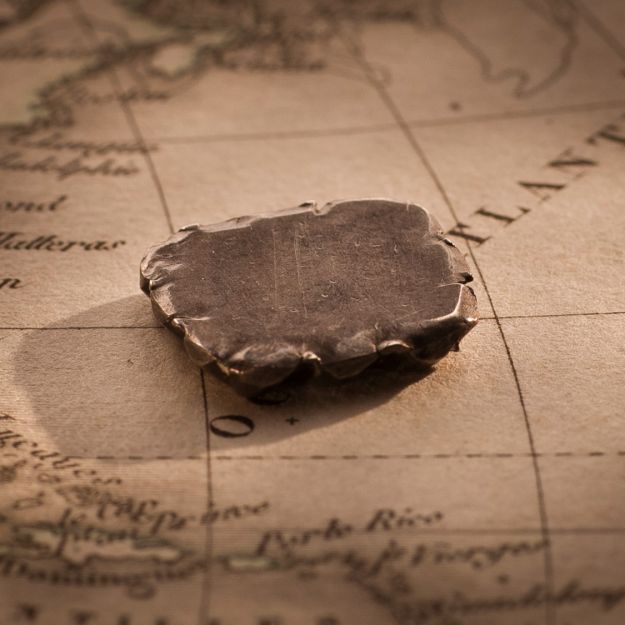