Coinworks will exhibit more than 2 million dollars of colonial treasures at the Brisbane Money Expo, May 13 & 14 at the Royal International Convention Centre, Bowen Hills. 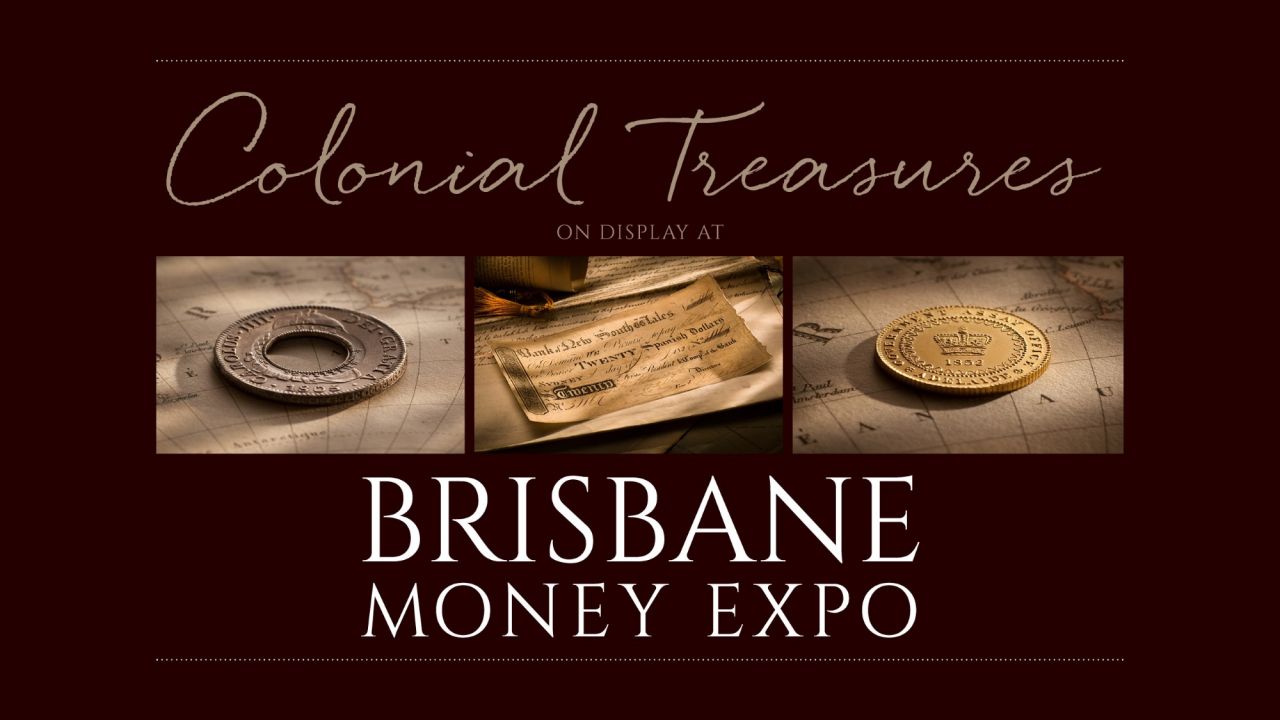 Visitors to the Brisbane Money Expo will be given the first opportunity to view the very best of the best of Australia’s colonial coin rarities at the Coinworks stand all of which will be offered for sale in 2017.

To pay tribute to the city of Brisbane, Coinworks will display an early colonial banknote that was issued during the time Sir Thomas Brisbane (Brisbane’s namesake) was Governor of the penal colony of New South Wales (1821 – 1825).

The banknote marks a turbulent, if not ground breaking time in Australia’s financial history. In 1822 Sir Thomas Brisbane took the colony onto a dollar currency standard, rejecting the protocols of the British sterling standard. The note was issued in Spanish Dollars. Our first decimal banknote as such.

It is the only privately held example to evidence that the nation embarked on, and used, a dollar standard between 1822 and 1825. It also is one of our earliest Australian banknotes, preceded in history by only one other note.

History is brought alive with this note for it is hand signed by Directors of the Bank of New South Wales, Edward Wollstonecraft and John Oxley.

John Oxley was born in England and joined the Royal Navy in 1799. He sailed to the colony as master’s mate arriving in Sydney in 1802. In 1823 Governor Brisbane ordered John Oxley to find a new penal site for convicts who were repeat offenders. The first settlement was established at Redcliffe in 1824, but several months later it was re-located to where the Brisbane CBD is today. Oxley suggested the river and the settlement be named after Governor Brisbane.

Edward Wollstonecraft arrived in Sydney in 1819 and was granted 2000 acres of land of which 500 acres were located on the north side of Sydney. He became a magistrate and a director of the Bank of New South Wales and later the Bank of Australia. Wollstonecraft was considered chiefly responsible for maintaining the general financial liquidity of the colony’s economy in the 1820s.

In keeping with the colonial theme for the Expo Coinworks is also exhibiting an 1813 Holey Dollar that is offered in Uncirculated quality. Less than 300 Holey Dollars exist today and this is the absolute finest.

The technical definition of this Holey Dollar was that it was struck from an 1805 Mexico Mint Silver Dollar. The only explanation as to its immaculate state of preservation is that very early during its life, it must have become a collectable for the coin has never circulated.

As such it is of monumental significance.

Consider that that the coin was struck in 1805, travelled to the colony as a silver dollar before it came into the clutches of William Henshall in 1813 to be converted into a Holey Dollar. Then it was delivered to the Commissariat as part of a 39,910 shipment of Holey Dollars and again shows no signs of circulation. Its survival in a pristine state is simply miraculous. 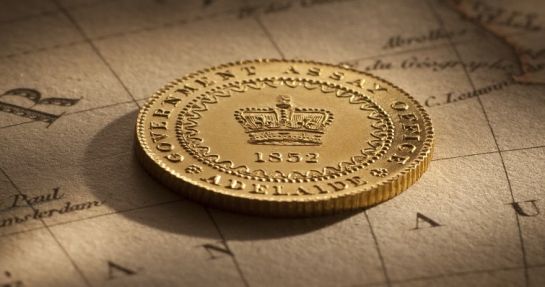 Minted in 1852 at the Government Assay Office Adelaide, using the crenelated inner circle reverse die it is presented as Gem Uncirculated and is the only Adelaide Pound at this quality level in existence. One - and one only collector - will have the opportunity to acquire this colonial gem.

Perfectly struck, sharp rims and brilliant satin fields this Adelaide Pound is the finest known. And again we can only give an explanation as to its magnificent state by suggesting that someone must have had a hand in the execution of the striking, for we have never sighted an Adelaide Pound so perfectly struck.

And the pristine satin state of the fields? As with the Holey Dollar, it may have been plucked off the production line immediately after it was issued to be preserved as a collectable.

The line-up of colonial rarities on display at the Coinworks Expo stand includes the 1860 Aborigine Threepence and the 1823 Macintosh & Degraves Shilling.

Culturally significant, the threepence is the only colonial piece to bear the design of an indigenous Australian. The Shilling also has a remarkable history with a connection that lives on today to Tasmania’s Cascade Brewery. 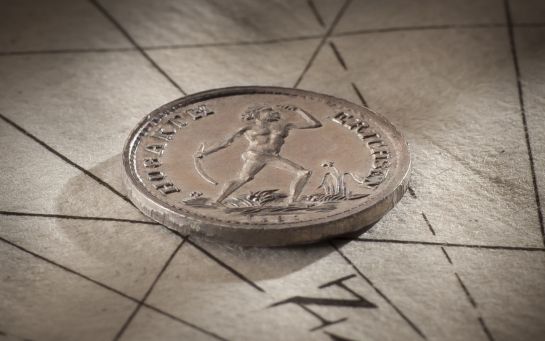 As Managing Director of Coinworks, and as President of the Australasian Numismatic Dealers Association (ANDA), Belinda and the Coinworks team look forward to welcoming you to the Brisbane Money Expo. Entry is by gold coin donation with all proceeds going to ANDA.