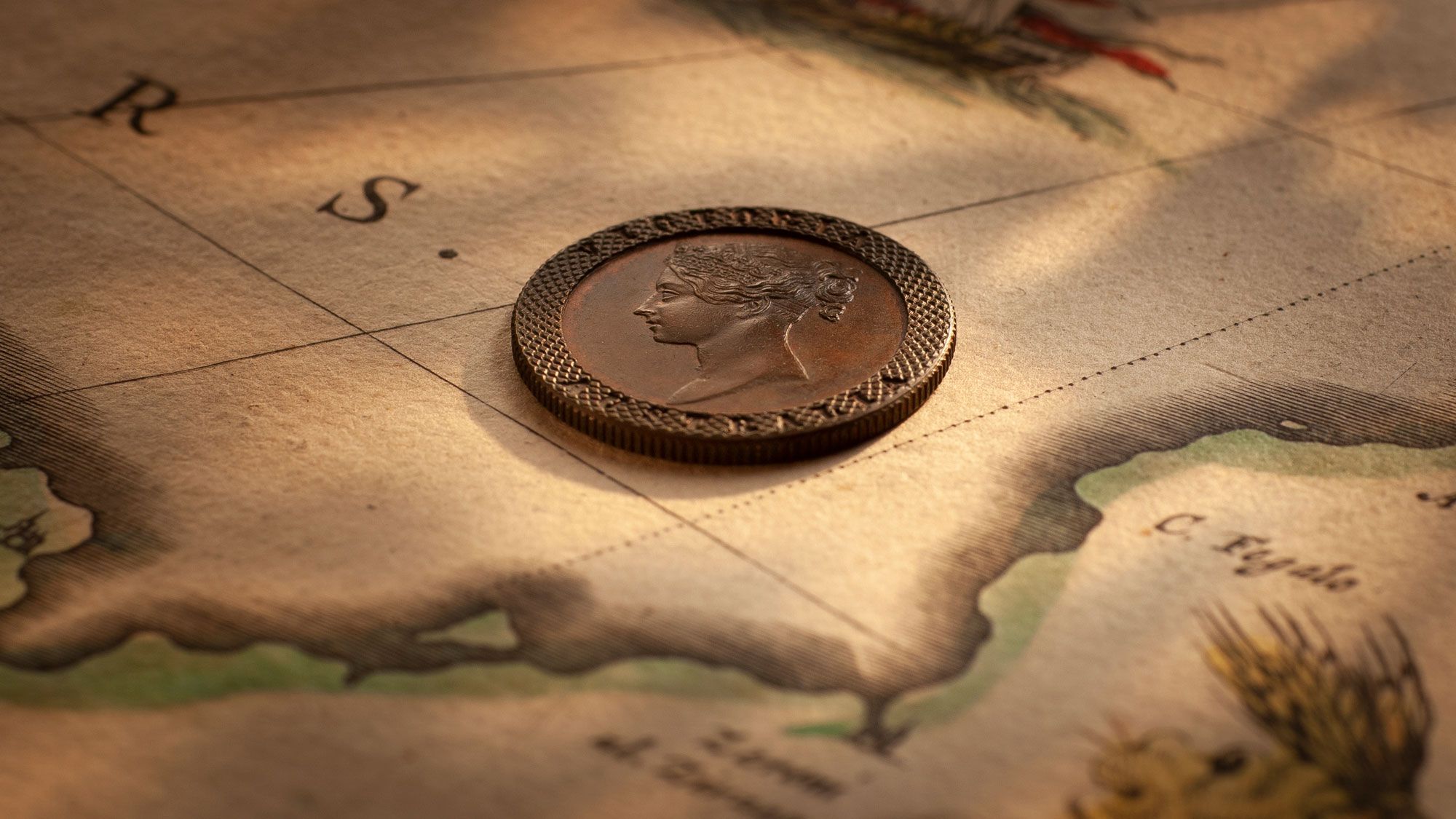 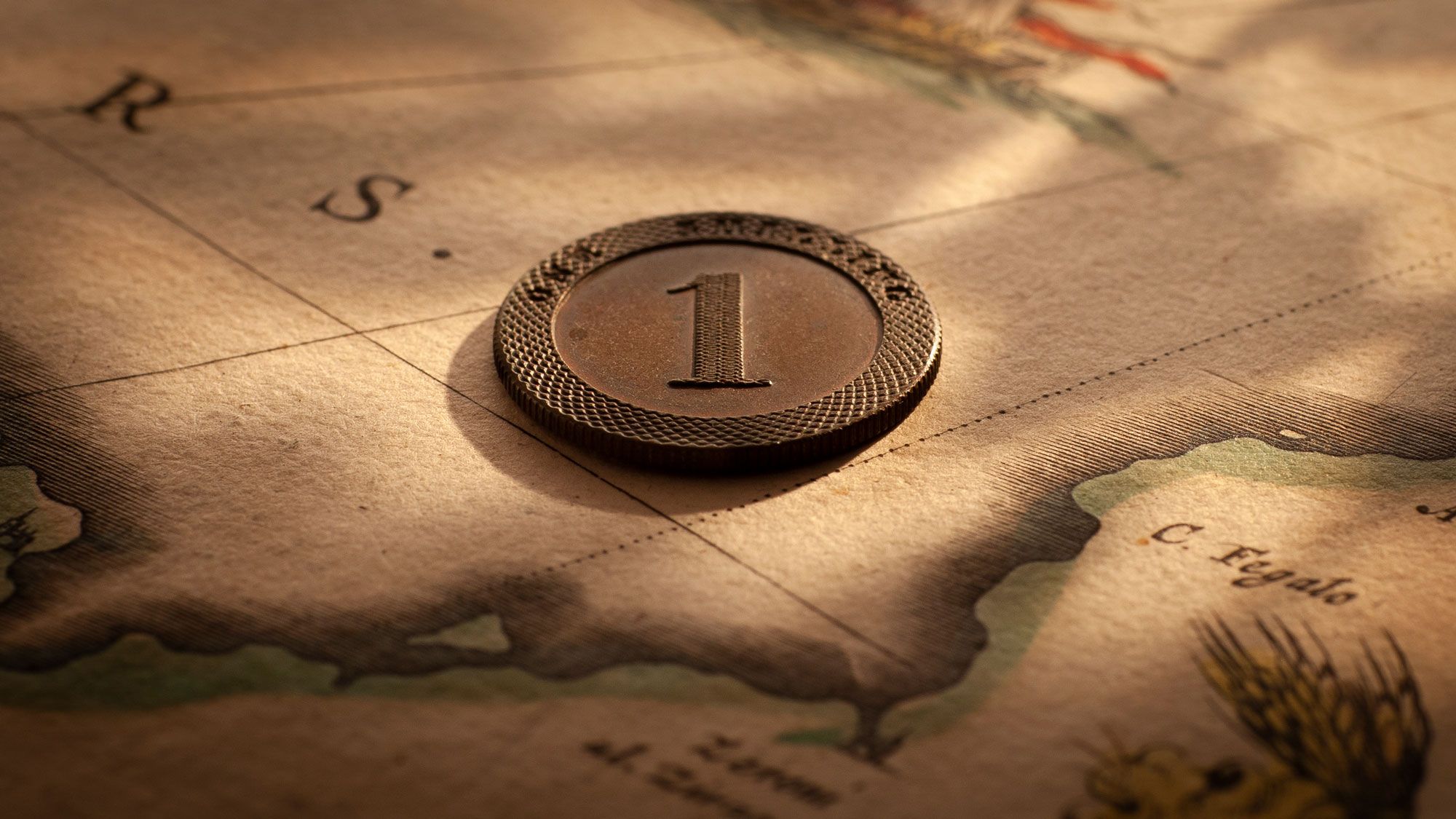 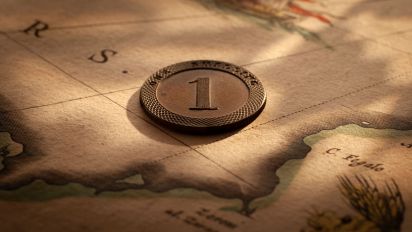 The ultimate in rarity. The milled edge particularly so.

This milled edge copper Shilling struck by William Taylor would have been Australia’s very first copper coin, had Taylor's plan for Melbourne's Kangaroo Office, a private mint, come to fruition.

A brilliant proof, glossy surfaces, with a ring of mint red the coin features a portrait of Queen Victoria wearing a jeweled crown on the obverse. And a large figure ‘1’ in the centre of the reverse on a broad raised engraved rim.

Milled edge. Adding to its importance.

This copper shilling features the milled edge. And that adds to its significance for the Kangaroo Office coins were also struck with a plain edge.

It is believed that the milled edge coins were struck in Australia. The plain edge varieties somewhat later (circa 1860) in London.

Now let’s be clear. Both styles are rare. But the milled edge is the rarer of the two.

Only one other milled edge copper shilling is believed to have survived. Four of the plain edge.

The coins struck at Melbourne’s Kangaroo Office have been owned by some of the greatest collectors of our time: Hyman Montague, King Farouk of Egypt, J. J. Pitman, John Ahbe, Syd Hagley, Philip Spalding and Tom Hadley to name but a few.

In our mind the names that have impacted the most on the market have been King Farouk of Egypt. And more recently, Queensland collector, Tom Hadley.

The attention was even grander when Tom Hadley's Quartermaster Collection was sold in 2009.

Tom Hadley was a passionate gold coin collector who achieved the ultimate in completing a collection of Australia’s gold sovereigns and half sovereigns. But his passion for collecting extended well beyond our first circulating gold coins. Hadley owned the largest collection of Kangaroo Office Patterns.

Records were smashed - and new price levels set - when seventeen of his Kangaroo Office coins sold at the Quartermaster Auction. (Total price realised was $1.678 million.)

A remarkable chapter in Australia’s history.

Taylor was an engraver and die sinker by trade, active in the numismatic industry producing both coins and medals. He was an entrepreneur. And a shrewd businessman.

Towards the end of 1852 Taylor became aware that gold could be bought from diggers on the Ballarat fields at greatly reduced prices.

His plan was to establish a private mint in Melbourne, strike gold coins and release them at their full value in London.

Taylor formed a syndicate with two colleagues, Messrs Hodgkin and Tyndall: the three investing £13,000 in the enterprise.

The vessel was aptly named ‘The Kangaroo’, then, as now, a symbol of Australia.

Taylor’s mint was known as the Kangaroo Office and was situated near Melbourne’s Flagstaff Gardens in what is now Franklin Street West.

‘The Kangaroo’ arrived at Hobsons Bay on 23rd October 1853, and the huge coining press was deposited on the wharf. And there it sat.

Unfortunately, it was too heavy to transport. The only option was to take it apart and move it, piece-by-piece, to the Kangaroo Office, where it was reassembled and put into working order.

The company was under financial pressure right from the outset. By the time the mint was operational gold, which had been £2/15/- per ounce when the plan was hatched, had moved up to £4/4/- an ounce. And there was a glut of English sovereigns in circulation.

Despite the financial challenges of the operation Taylor was unconvinced that his days as a coin designer and manufacturer were at an end.

In 1855 he produced dies for the striking of a sixpence and shilling in gold, silver and copper. This was his first attempt at producing a piece depicting a value rather than a weight.

Taylor operated his Kangaroo Office for three years during which time he sustained substantial losses.

With all hope of a profit gone, the dispirited promoters in London issued instructions for the Kangaroo Office to be closed.

Now while it is true that Taylor never achieved his ambitions, the Port Phillip Kangaroo Office coins are revered by collectors and investors in Australia. And right across the globe.