Buyer interest and buyer demand for Australian numismatic collectibles is genuinely strong. This statement is based on Coinworks sales for September and October. And the public's attendance at Sydney's major numismatic show, the October Money Expo. 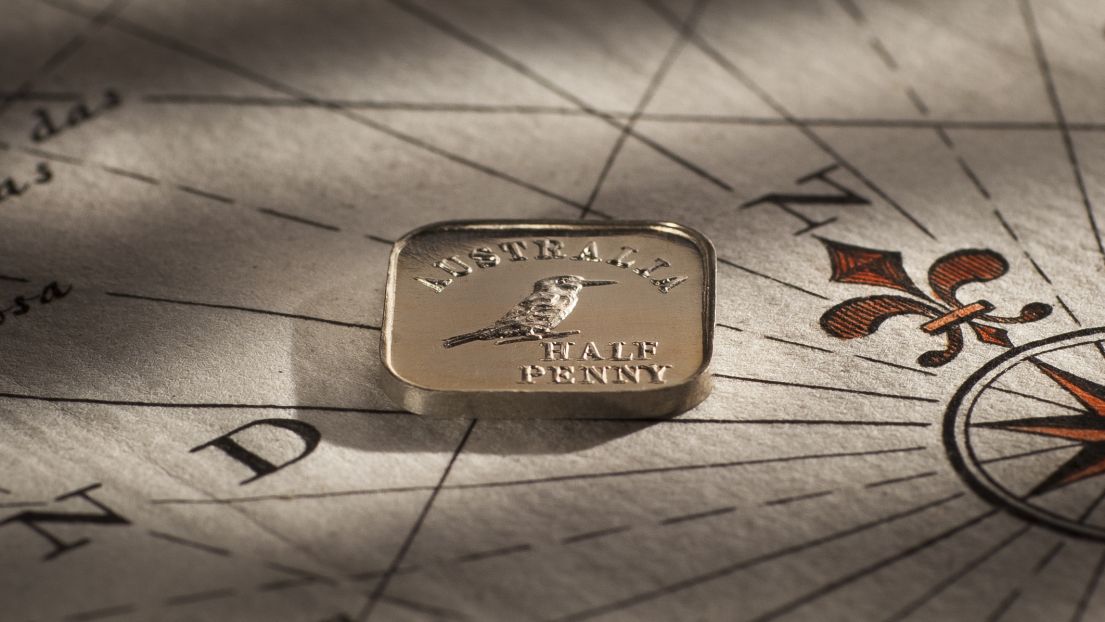 Our attendance at the Expo always takes on more of an industry support role whereby we display industry giants. Top quality rarities that (perhaps) every collector aspires to. Or might never, ever have seen.

While in some years we have worked on a specific theme, this year we decided to put on a stunning display of representative examples from four of the most popular areas of the rare coin market. What we referred to as the ‘Classics’. The Kookaburra Square coinage. Gold Proof and Specimen coinage. Silver Proof coinage.

Ten coins with a total value exceeding $1.5 million. Except this year we made the decision not to place price tags on the coins. We decided to let visitors simply enjoy the coins, and ask questions, without being overwhelmed by value.

The ‘Classic’ coins were represented by the 1813 Holey Dollar and Dump, the 1852 Adelaide Pound and the 1930 Penny.  Does it get any more classic than that? Australia’s first silver coins, Australia’s first gold coin and the copper rarity that every Australian collector seems to know about. And want.

The coin that drew the most attention in the ‘Classics’ was the Holey Dollar. And we didn’t have to point out what it was … visitors had instant recognition and were absolutely thrilled to see an original example of Australia’s very first coin on display. For us it was gratifying.

And we also heard parent’s telling their children that the Dump was the bit that came out of the centre. Bravo.

The point we took on board from these comments and reactions is the familiarity of visitors with the Holey Dollar and Dump. And that’s a plus. A plus for the future.

We have sold nearly thirty Holey Dollars over the past six years for a total value in excess of $6 million.

It was noted that we already had a waiting list for Holey Dollars before the Expo. Enquiries from the Show have only added to that list.

And for those that have been contemplating a Holey Dollar purchase we do have a Very Fine example coming in, early in November. Contact us for more details.

In the case of the 1930 Penny it was from those Expo visitors that already owned an example, checking out the value of their own coin. And those that are still keen to acquire one.

The Adelaide Pound simply drew comments because it is such a visually impactful coin.

Interest in 1930 Pennies just ‘keeps on keeping on’ as evidenced by our recent sales activity. We sold six over the past two months. We also note that we sold two Adelaide Pounds In October within the space of five days.

The Kookaburra Square coin sector of the Coinworks display was represented by the famous 1920 Type 10 Square Penny and the Square Halfpenny.

The Type 10 is famous for it is the only Square Penny to depict the monarch wearing a Crown and is fondly referred to as the Crowned Head Square Penny. It is an extremely rare Kookaburra Penny with perhaps eight held in private hands. The example on show was proof-like and particularly impressive.

The Square Halfpenny also drew attention, mainly because of its diminutive size. There is something about the square halfpenny that always engages its audience. The petite size of the halfpenny however re-affirms just how impractical this square coinage would have been had it been introduced in the 1920s.

These two coins alone, the Square Penny and Halfpenny were valued at more than half a million dollars in total. In fact, many visitors to the Expo took photographs of the pair: one particular gentlemen claiming that while he knew about the series he had never seen either coin.

It is noted that we have been selling a number of Square Pennies over the past few months. Anyone interested in acquiring a Square Penny or Halfpenny should be aware that, in our view, current price levels simply cannot hold much longer.

We recently sold a 1919 Type 3 Square Penny and a 1920 Type 7 Square Penny. Both coins were from different vendors but coincidentally, each had been acquired in the mid-nineties and had never seen the light of day since their purchase. They offered quality that is simply hard to find. We are scratching our heads as to how and where we can replace them and at what price we will have to pay to secure such quality.

Proof and specimen gold coins were represented by the 1910 Melbourne Mint Proof Sovereign and a 1926 Sydney Mint Specimen Sovereign.

It was the comments from the dealers that were probably the most rewarding … several dealers mentioning that they had never ever sighted a 1910 Proof Sovereign.

Silver proofs were represented by an absolutely stunning 1927 Proof Shilling and an equally stunning 1927 Proof Canberra Florin. Again both coins drew the attention of visitors, simply a recognition of their superb quality with one visitor, a very knowledgeable collector from one of the Queensland Coin Clubs, commenting that in his view the 1927 Proof Shilling was the finest proof he had ever seen. The Canberra was its equivalent. (We can only agree.)

Be advised that the 1927 Proof Canberra Florin is coming up for sale … so watch this space.

And in closing, a comment about the decimal banknote market. We have made mention in some of our recent E News about the frenetic activity occurring in the decimal note market with the introduction of the new polymer notes.

A Melbourne note dealer was to our left at the Expo and we noticed that he barely had time to sit down during the entire Expo with both decimal, and in particular polymer banknotes, selling like ‘hotcakes’.