Bank of Victoria Ltd One Pound Circa 1900 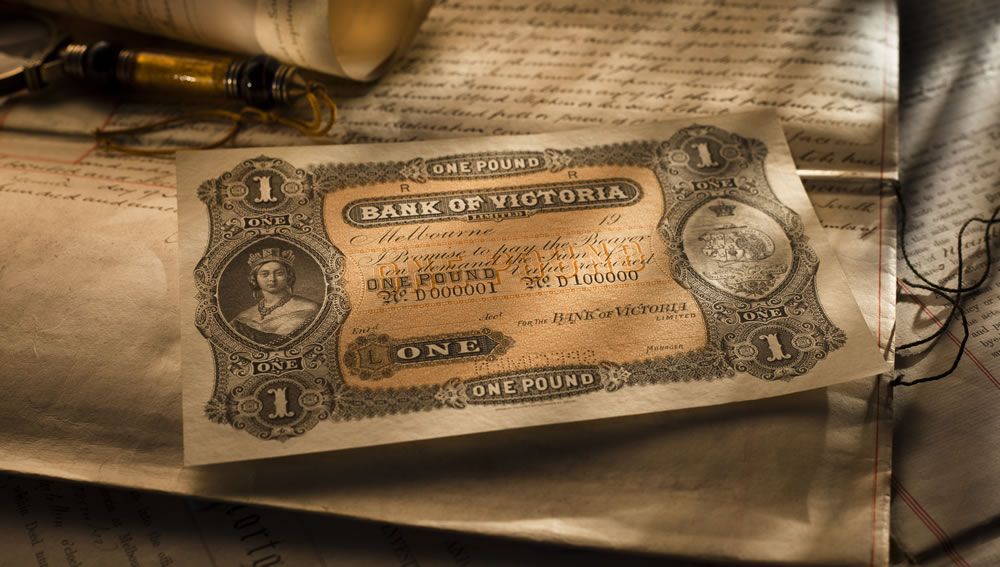 That we have just been asked to put together a set of early Pre-Federation specimen notes for a client’s superannuation fund reflects the price at which they are being offered and their perceived investment value. And we would encourage others to consider similarly for these notes have genuine potential.

Consider the merits of this Pre-Federation banknote. It is an original specimen note from The Bank of Victoria, one of Australia’s early colonial banks. Its offering today reflects our respect for quality. Archived for more than a century by London engravers and printers Bradbury & Wilkinson, the note still retains its original characteristics and original colour unaffected by the passing of time.

The offering of this note also reflects our respect for history. The Bank of Victoria was founded by Dr Thomas Black, a physician from the Richmond area of Melbourne. The bank was registered in Victoria in 1852 by an Act of the Legislative Council, commencing operations in January 1853 as the Bank of Victoria Limited. By 1887 the bank had 65 branches, all in Victoria.

The Bank of Victoria Ltd lives on through its subsequent mergers. The bank merged with the Commercial Banking Company of Sydney Limited in 1927 and eventually became part of the National Bank of Australia in 1981.