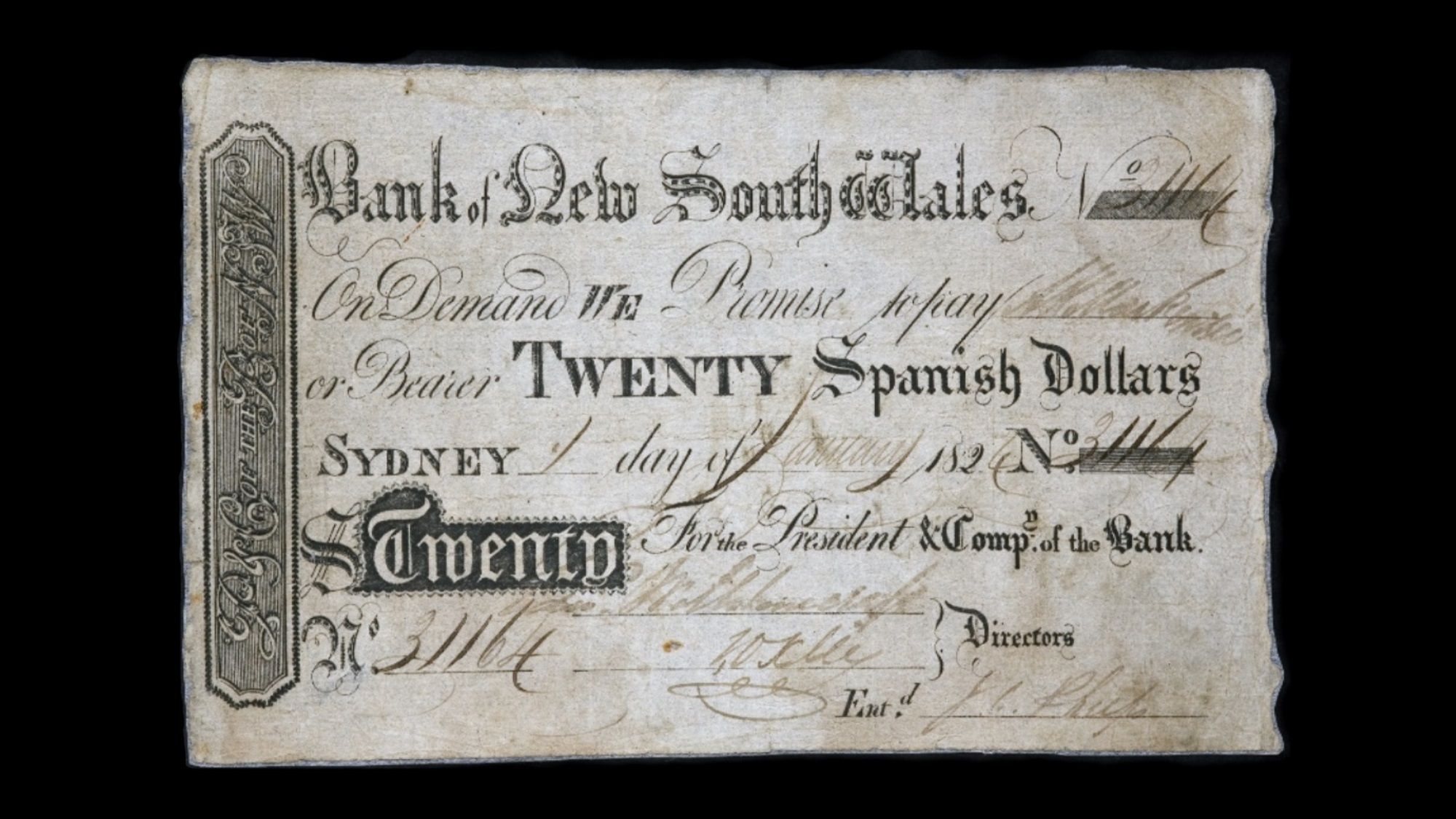 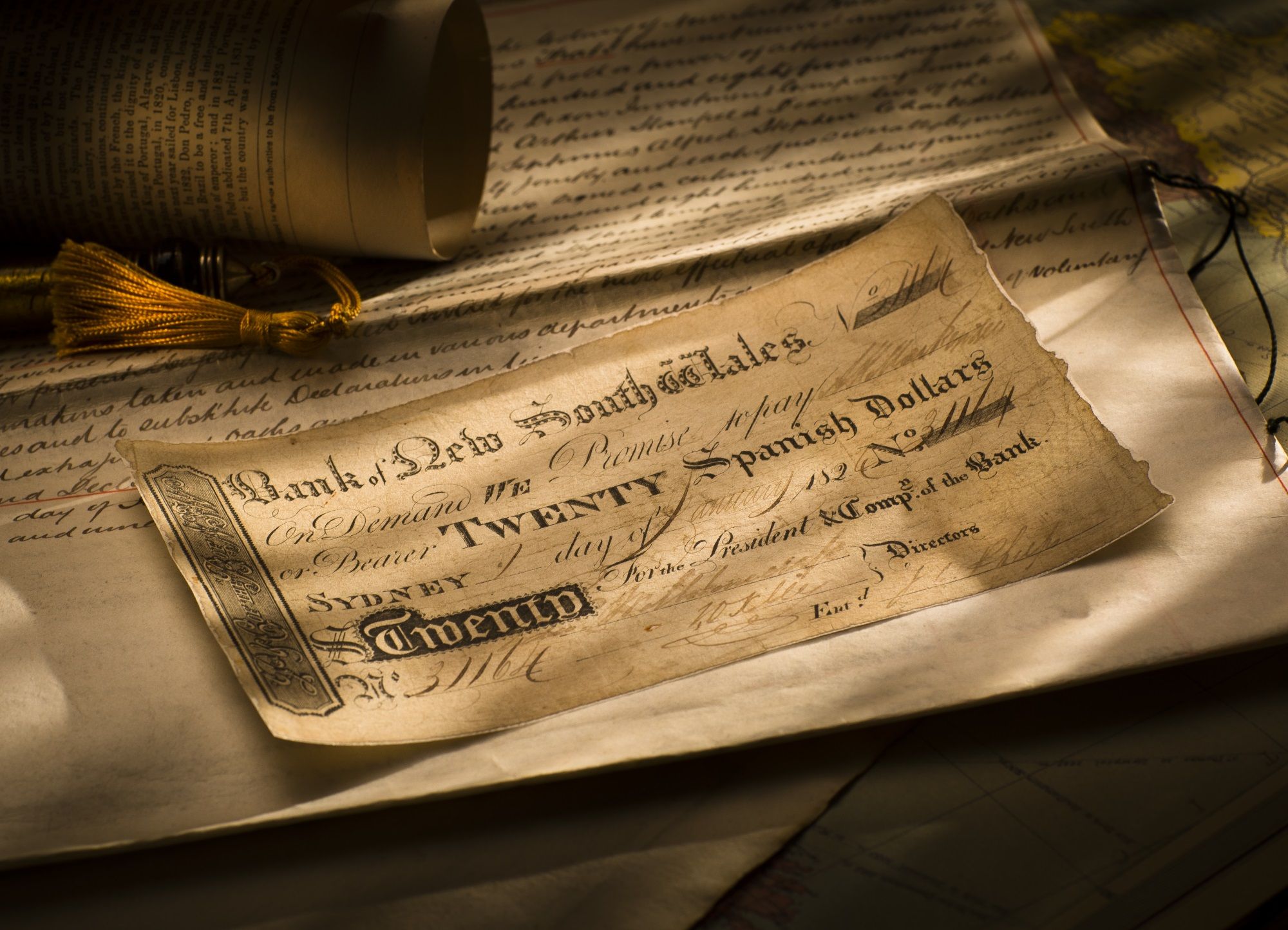 Bank of New South Wales, Twenty Spanish Dollars, issued 1 January 1824
NOTE
Bank of New South Wales, Twenty Spanish Dollars, issued 1 January 1824
PRICE
$350,000
STATUS
Sold November 2018.
QUALITY
Good Fine
PROVENANCE
The Ross Pratley Collection. The Madrid Collection of Australian Rare Coins.
COMMENTS
Retired numismatic dealer, Ross Pratley, was passionate about Australia’s history and the role that currency plays in defining and recording our past. He indulged his passion through the acquisition of pre-federation banknotes, including this spectacular colonial rarity. And by accumulating one of the finest collections of Australian half sovereigns the nation has ever seen for as a dealer, he had access to the very best. This 1824 Bank of New South Wales Twenty Spanish Dollars was issued on 1 January 1824 and entered in the bank’s ledger as note number 31164. It was Pratley’s prized possession. A profoundly important piece of colonial history. Tangible evidence of the brief window in Australia’s past when the influence of the Spanish Silver Dollar was at its zenith and the finances of the penal colony of New South Wales were expressed in Spanish Silver Dollars. Our first decimal banknote as such. Made even more important by the note’s rarity. While two examples are held as museum pieces in Westpac Archives, this is the only example privately held. Collectors and investors alike will appreciate the value that this wonderful piece of Australiana presents when you consider that 200 Holey Dollars are available to collectors. And only one of this banknote. 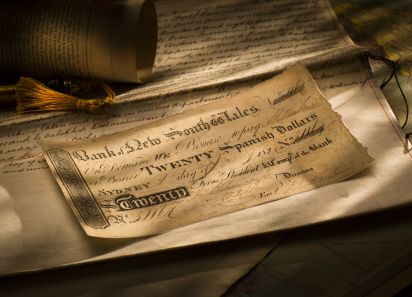 The Spanish Empire was one of the largest in history: rich in the arts and sciences, so powerful on land and sea that its empire spanned continents and oceans.

Its might was felt from 1492, when Columbus set off on his voyages of discovery and continued for nearly 350 years, during which time Spain conquered and settled most of South America, the Caribbean, and the south west of America.

It was the coin that ruled the world and its influence extended well into the penal colony of New South Wales.

The Spanish Silver Dollar was the coin Governor Lachlan Macquarie turned to in 1812 when he imported 40,000 silver dollars to convert into Holey Dollars and Dumps, the very first coins struck in Australia.

The Spanish Silver Dollar was also the coin that Governor Brisbane decided would become the basic unit of currency operating in the penal colony of New South Wales during the 1820s.

In 1822, the Governor of New South Wales, Major General Sir Thomas Brisbane made an important decision on monetary policy when he rejected the protocols of the British sterling standard of Pounds, Shillings and Pence and established the Spanish Silver Dollar as the legal unit of account and the basic circulating coin.

The Bank of New South Wales, the only private bank operating at the time, was forced to issue its banknotes in denominations of the Spanish Dollar to comply with Brisbane's regulations.

Australia's first dollar banknotes as such.

This banknote was issued on 1 January 1824 and is the $20 denomination.

There is conjecture that Colonial Secretary, Major Goulburn, was the prime motivator for the change rather than Brisbane. Nevertheless, Brisbane’s name is on the official orders that gave legal authority to convert the colony to a dollar standard.

Ever suspicious, the merchant community saw sinister motives behind the Government’s actions, a mixture of antagonism to the Bank of New South Wales and a suspicion of corruption between Goulburn and a supplier of Spanish Silver Dollars in India.

Brisbane’s supporters saw the commercial advantages of using an acceptable coinage that had a world-wide reputation.

For collectors it is the only tangible evidence that the Colony of New South Wales operated under a dollar currency standard.

The note sold at public auction in 1991 for $31,500; eight years later it was acquired by private treaty for $105,000 and became a part of the Madrid Collection of Australian Rare Coins. (Price movements that run parallel to that of a quality Holey Dollar.)

Offered at $350,000 today, this is an incomparable investment opportunity and a profound piece of colonial history.

History is brought to life with this note.

Hand signed by Directors of the Bank of New South Wales, Edward Wollstonecraft and John Oxley. 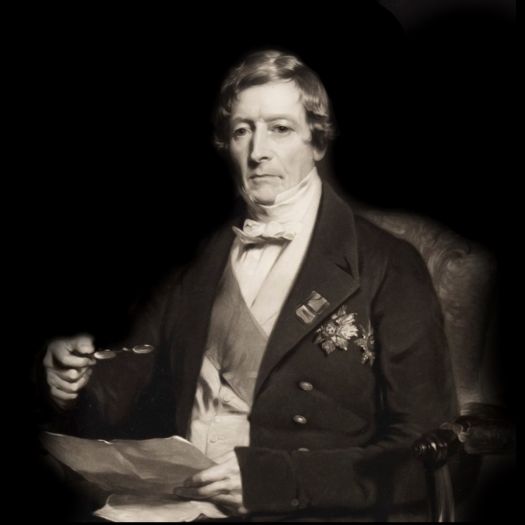 Sir Thomas Brisbane was preceded as Governor of the penal colony of New South Wales by Lachlan Macquarie and succeeded by Ralph Darling.

While Governor he tackled the problems associated with a rapidly growing colony, working to improve the land grants system and to reform currency. He set up the first Agricultural training college in NSW and was the first patron of the NSW Agricultural Society. He conducted experiments in growing tobacco, cotton, coffee and New Zealand flax in the colony.

He oversaw a time of increased prosperity in the colony through vigorous enterprise, pastoral expansion and capital imports. The population grew from 13,300 in 1815 to 33,500 in 1825 and land settlement spread out over wider areas of NSW, beyond Bathurst and Goulburn towards the Murrumbidgee and beyond the Hunter River to the North.

In 1823 Brisbane sent John Oxley to find a new site for convicts who were repeat offenders. The first settlement was established in 1824 at Redcliffe Point but several months later was re-located to where the Brisbane CBD is today. It was Oxley that suggested that the river and the settlement be named after Brisbane.

John Oxley was born in England and joined the Royal Navy in 1799. He sailed the colony as master’s mate arriving in Sydney in 1802.

Oxley returned to England where he was commissioned lieutenant in 1807. He sought retirement from the navy in 1811 and sailed again to Sydney to commence his new duties as Surveyor General.

He sailed south and north of Sydney and upon his recommendations, Moreton Bay in Queensland was settled.

Oxley had growing business interests in the colony and became a director of the Bank of New South Wales in 1817 and then in 1826 became a founder and director of the new rival bank, Bank of Australia.

He died bankrupt at the age of 42. While the British Government refused to sanction a pension to his widow, it agreed to a grant of 5000 acres to Oxley’s sons in recognition of their father’s services to the colony. 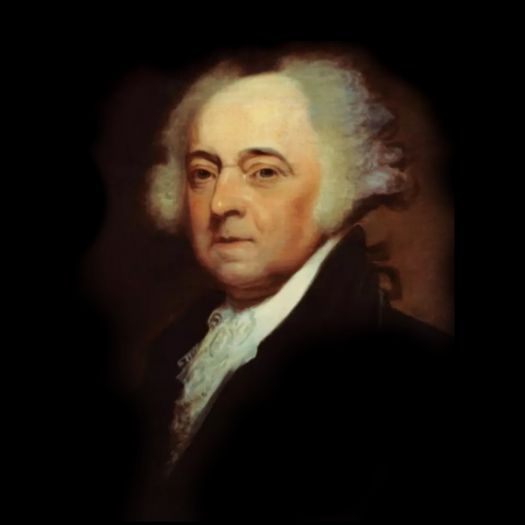 Edward Wollstonecraft arrived in Sydney in 1819 and was granted 2000 acres of land of which 500 acres were located on the north side of Sydney.

He became a magistrate and a director of the Bank of New South Wales and later the Bank of Australia.

Wollstonecraft was considered chiefly responsible for maintaining the general financial liquidity of the colony’s economy in the 1820s.

In 1821 he and his business partner, Alexander Berry were rewarded with a grant of a further 10,000 acres on the Shoalhaven River on their undertaking to maintain 100 convicts.