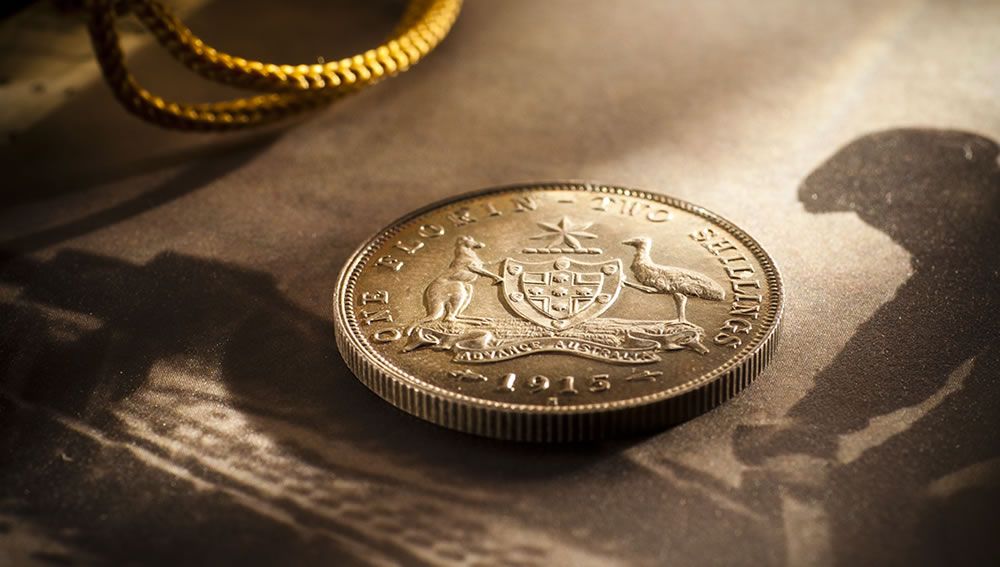 The Commonwealth coinage spans the reigns of four monarchs and covers the entire period from Federation to the introduction of decimal currency. The George V era, from 1919 to 1936, is particularly important, offering many gems in the form of rare and important dates, particularly in the upper quality levels.

On January 1st, 1901, the six self-governing colonies of Australia became a single country. But the world’s newest nation didn’t get its own single currency for another nine years. And even then, the currency wasn’t minted in Australia.

Permission to strike new silver and bronze coins at the Sydney and Melbourne Mints had been granted to as early as 1898, but the provision of a new currency was clearly a low priority with the politicians of the new Federation.

This last group is interesting, because most collectors assume that cupro-nickel coins were first thought of in 1919 with the testing of Square Pennies.

The first coins of the new Commonwealth were eventually struck in 1910, but only in silver. Unfortunately, none of Australia’s three mints were set up to strike the new denominations, so the coins were struck in London.

These first coins featured the portrait of Edward VII, the reigning monarch. The silver issue was repeated in 1911, with year changed and featuring a portrait of George V, the new monarch. They were again struck in London, as were the pennies and halfpennies that were issued for the first time that year.

Remarkable, the silver coins continued to be struck overseas up to and including 1915 and the bronze coins until 1918.

The only coin to have its reverse design changed after 1938 was the halfpenny. In 1939 it also took up the popular and instantly recognisable ‘bounding kangaroo’ design.