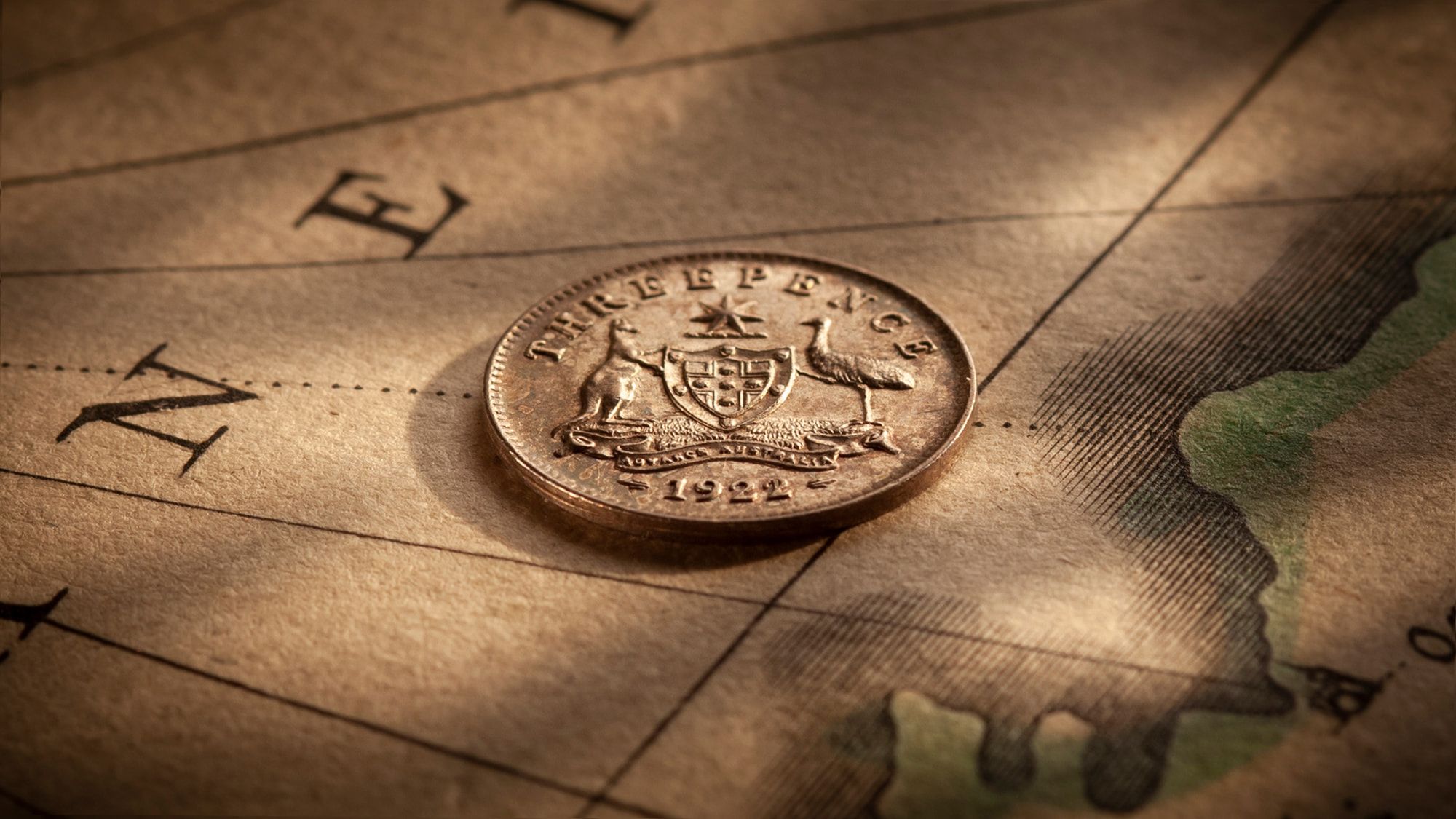 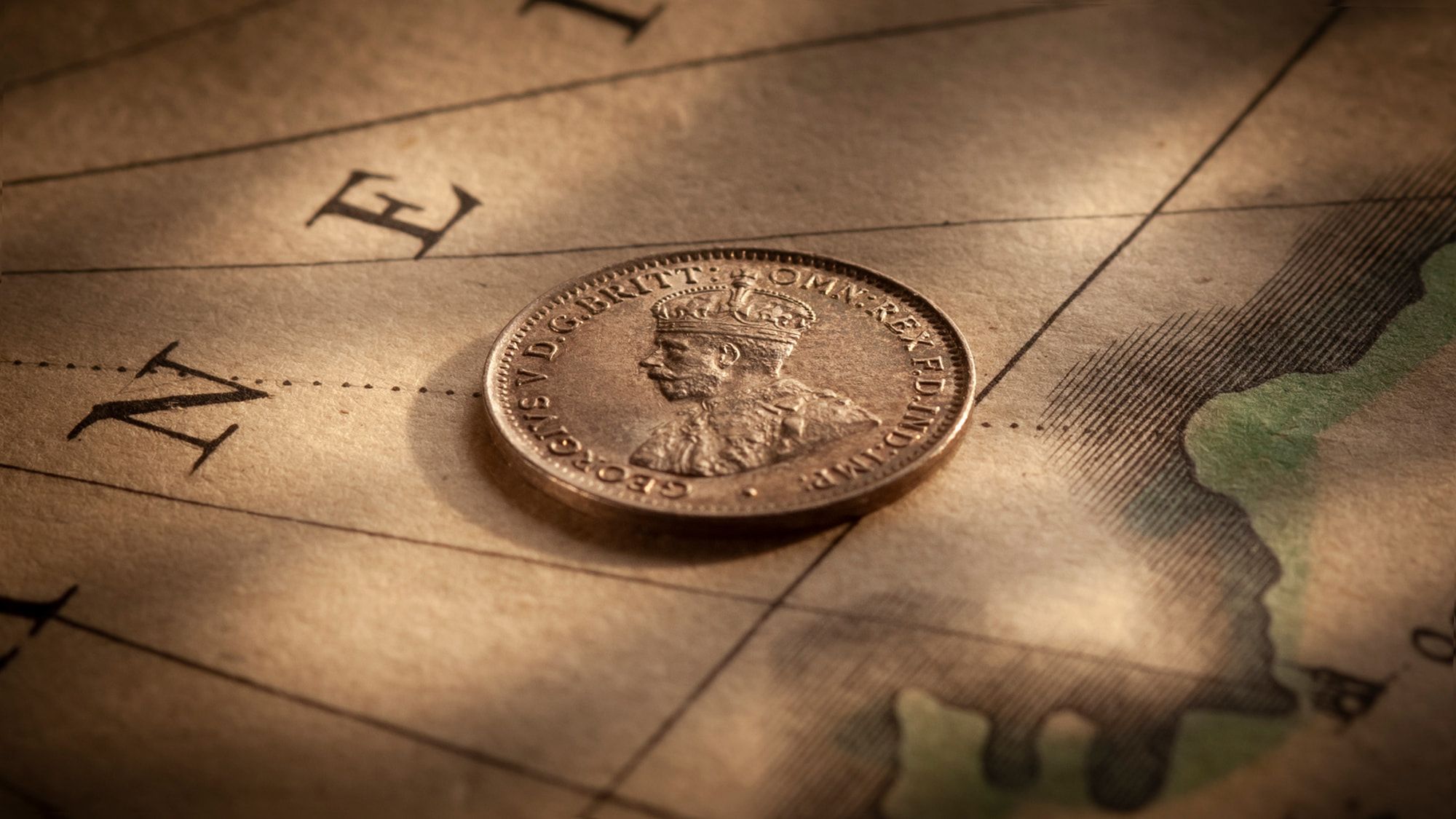 Australia's rarest circulation coin, the 1922/21 Threepence.
COIN
Australia's rarest circulation coin, the 1922/21 Threepence.
PRICE
$70,000
STATUS
Available now
QUALITY
Virtually Uncirculated with a full central diamond and eight pearls and the very finest example.
PROVENANCE
International Auction Galleries September 2010, Wright Collection Perth
COMMENTS
The 1922/21 Overdate Threepence is legendary. It is Australia’s rarest threepence. The coin's influence, however, extends beyond the threepence series for the mintage - believed 900 - is the smallest of any Australian circulation coin. Respected numismatist and author, Greg McDonald, declares the 1922/21 overdate threepence as “one of the true rarities of the Australian series.” And he confirmed this coin is the finest. Paul Hannaford, Director of IAG Auctions, declared this coin as “the most exciting coin I have seen for a while” and concurred with Greg McDonald regarding its quality, and its status as the finest. That this coin has generated such a euphoric response from industry leaders reflects its rarity. Its supreme quality and its standing as the best! Technical shots are provided including a snapshot of the band showing eight pearls. 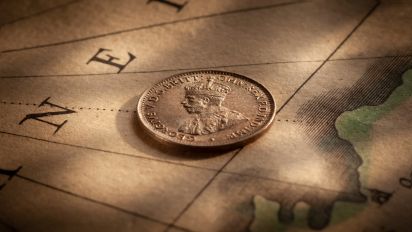 The 1922/21 overdate threepence is Australia’s rarest circulation coin with only 900 believed minted.

There is, however, one indisputable fact relating to the striking. Only one reverse die was used. All the known 1922/21 overdate threepences have the same diagnostic 'pimple' of metal at the juncture of the legs of the kangaroo!

It is also a fact that most of the overdate threepences that have come onto the market over the last century have been defined by their short comings, their extensive usage and the resultant obliteration of the design.

Only four examples are noted as being at the higher end of the grading scale, including this coin.

We have ranked the four from highest to lowest and they are:

1. This 1922/21 threepence at Virtually Uncirculated - a problem-free premium quality example that has been well struck and well preserved, underlying brilliance and strong edges.

2. The 'Fenton Collection' 1922/21 threepence. Also Virtually Uncirculated but sadly defined by a large and very obvious scratch on the obverse. It is noted that the Fenton overdate was sold at auction in November 2021 for $52,500.

We invited leading numismatist and author Greg McDonald to declare his views on the 1922/21 overdate threepence, knowing that the Australian overdate coin series is one of his passions.

His article is re-produced below with permission and our sincere thanks.

Despite its diminutive size, the 1922/21 overdate threepence  punches well above its weight in claiming its rightful place as part of numismatic folklore.

Even in very worn condition, the counter stamp “2” over “1” is obvious.

It’s the “how “ it exists and the “why” it exists, that has had collectors and mint officials at loggerheads, an argument that has raged for well over 80 years with the same futile result as trying to change someone’s opinion on religion, politics or tea versus coffee.

(Much like the discussions over the origins of the 1930 Penny,  where the controversy has only fueled interest and demand.)

The outcome of all the research – and speculation – on the overdate threepence has done little to unite the various factions.

Probably the closest we will ever get to forming a consensus is to borrow a quote from British wartime Prime Minister, Sir Winston Churchill.

In attempting to explain the machinations of the post war Soviet Government, the whimsical MP suggested it was akin to a “riddle, wrapped in a mystery, inside an enigma.”

This tiny lightweight has been the subject of countless club magazines and newsletter articles since the mid-1950’s. In 1971, the Royal Australian Mint tried to end the speculation by issuing a press release claiming the “overdate” was nothing more than a “filled die.”

Wizened dealers and collectors would have none of it!  To them it was a deliberate attempt for the government of the day to save money.

Probably not the most effective way to introduce a convincing argument; but the fact remains that as 1922 dawned, the Melbourne Mint had a number of unused 1921 dies but no fresh 1922 replacements available until January 29th.

Many numismatic enthusiasts, including myself, believe that one of these superseded dies was, literally, pressed into service by placing a punch with a numeral “2” over the last “1” of the date and giving it a good whack with a suitably blunt instrument. 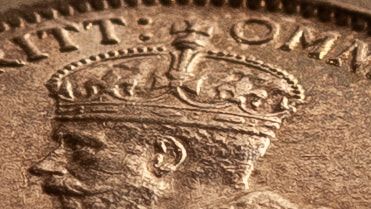 A close-up of the band in the crown showing a complete central diamond and eight pearls. 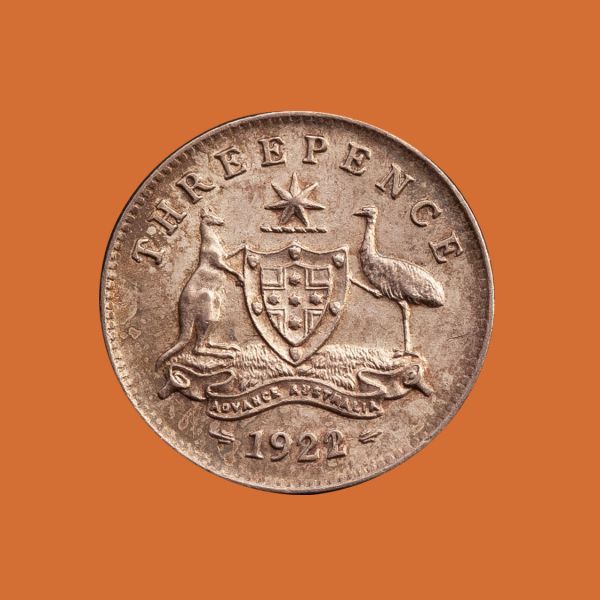 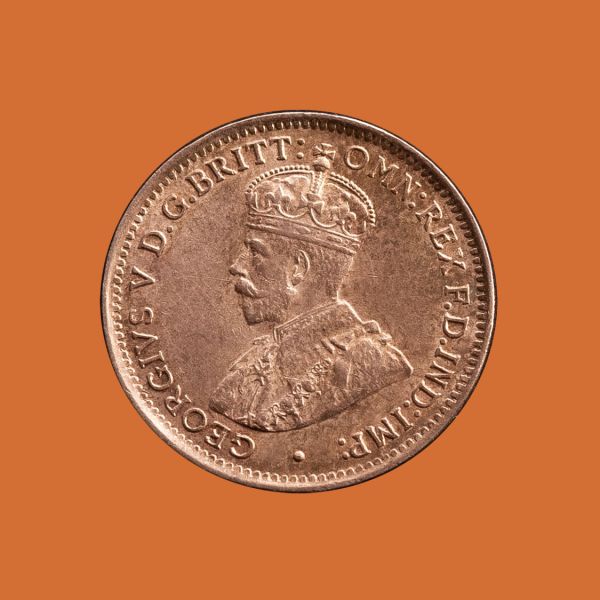 The obverse has underlying brilliance, the coin defined by a full central diamond and eight pearls in the crown.