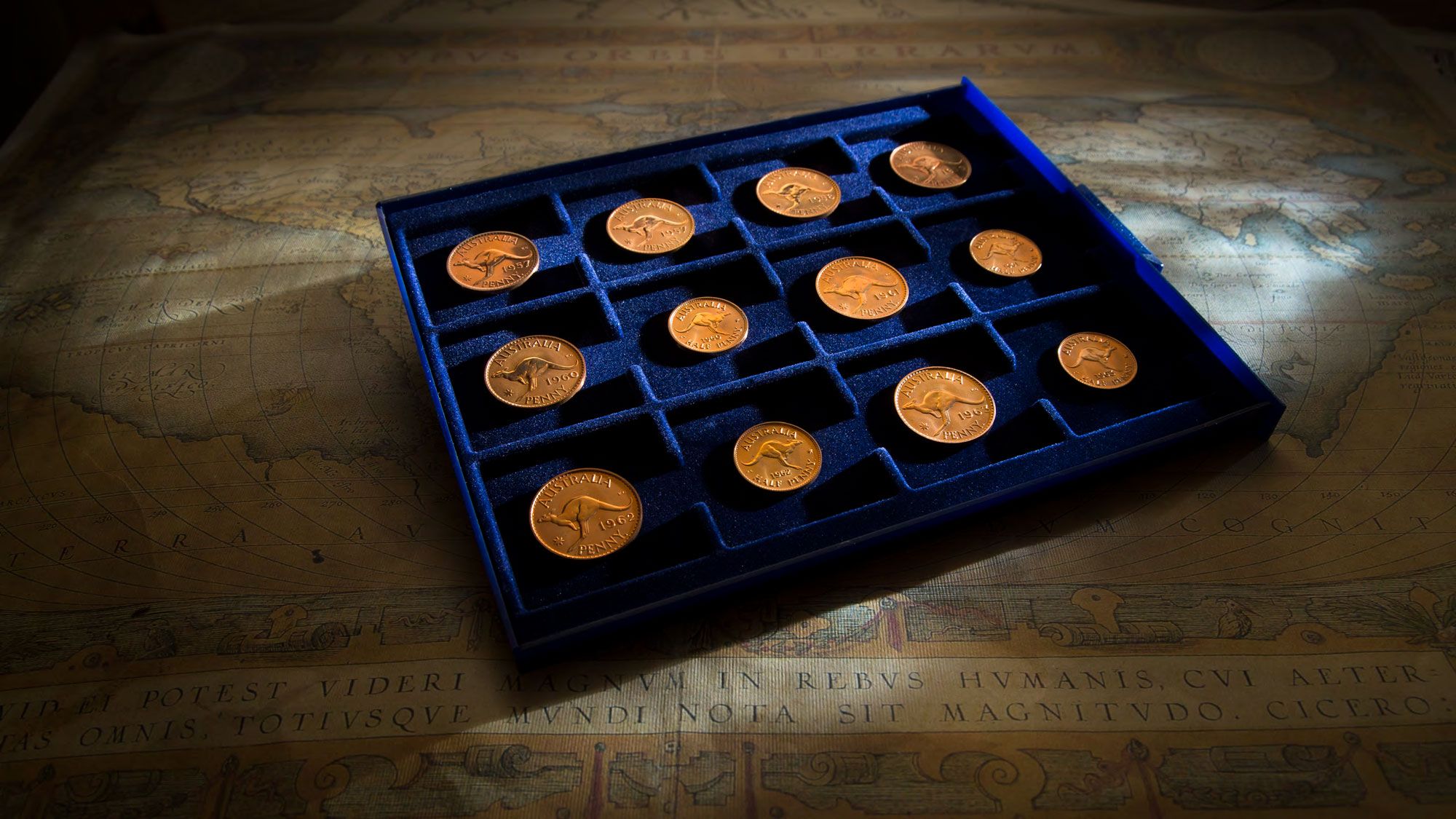 This collection is comprised of the following Perth Mint proof coppers.

We have always liked this area of the market and for the following reasons:

The fact that the Royal Australian Mint and Perth Mint are today such prolific producers of proof coins may have some collectors believing that proofs struck in the pre-decimal era (prior to 1966) were similarly available. This is simply not the case.

The collector proof program introduced in 1955 continued uninterrupted until 1963 just prior to decimal currency changeover. The coins featured the flying kangaroo design on the reverse. And Queen Elizabeth II on the obverse.

Government intervened in just one aspect of the program. Only those coins being struck for circulation were to be issued as proofs. As the Perth Mint was striking only copper circulating coins for Treasury, it could strike only copper proof pennies and halfpennies for collectors.

Each piece was struck to exacting standards – from the selection and polishing of blanks, the preparation of dies and ultimately the actual striking. The result is a coin that is pleasing to the eye, with strong designs and superb smooth mirror background fields.