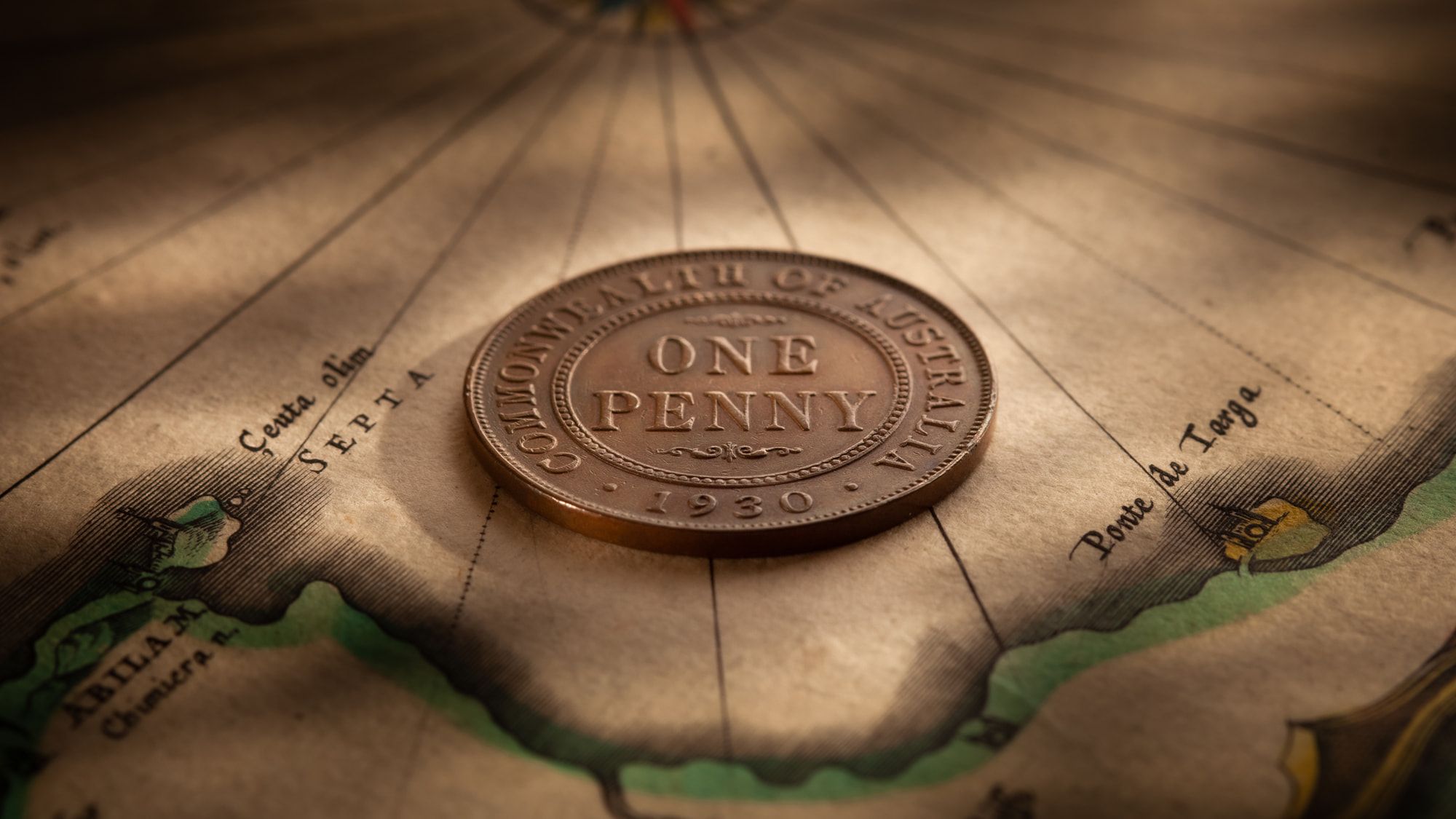 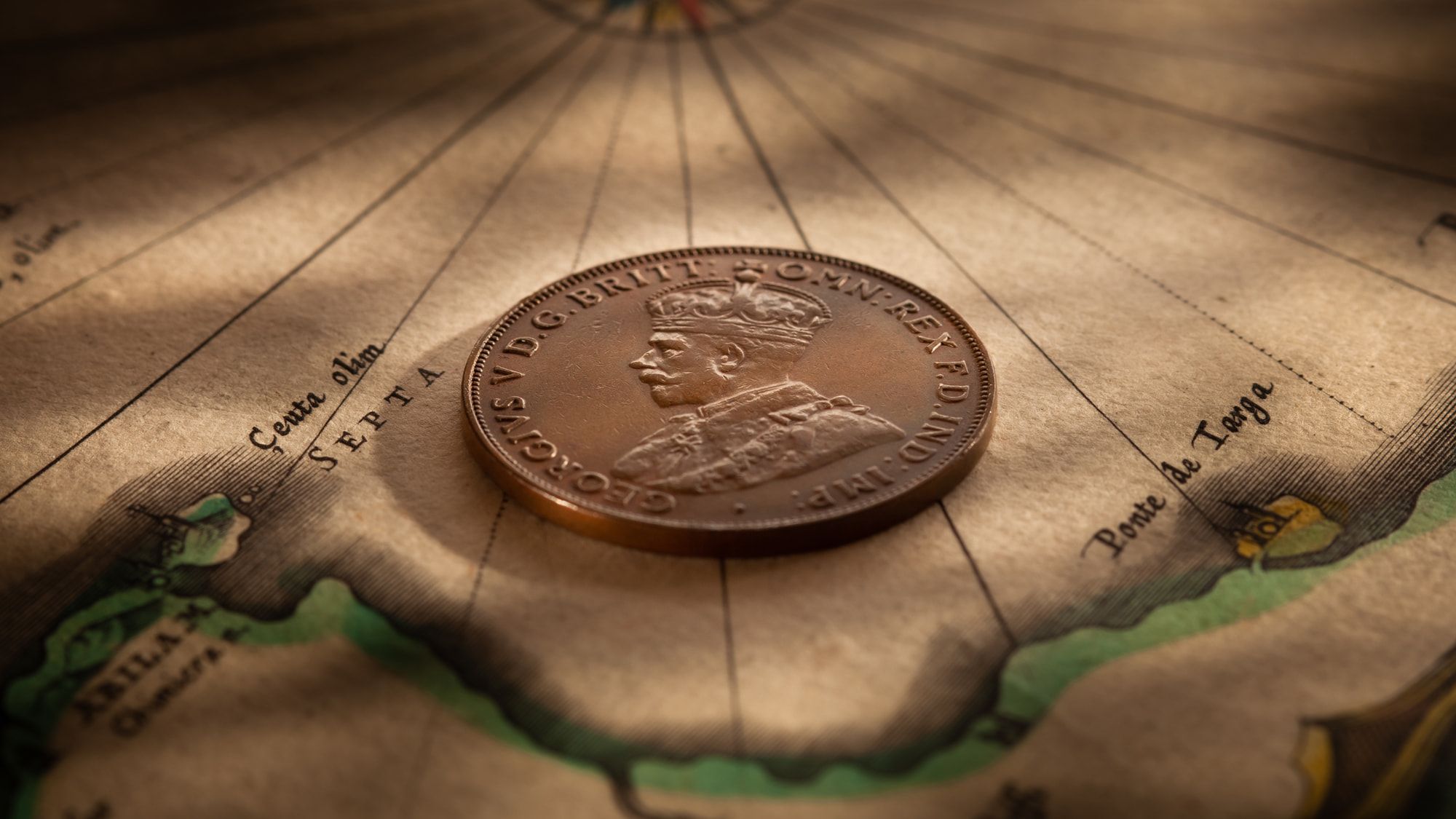 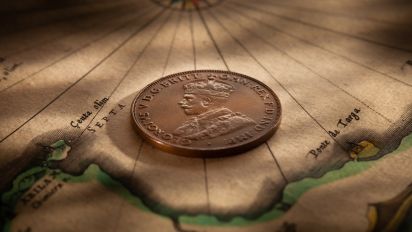 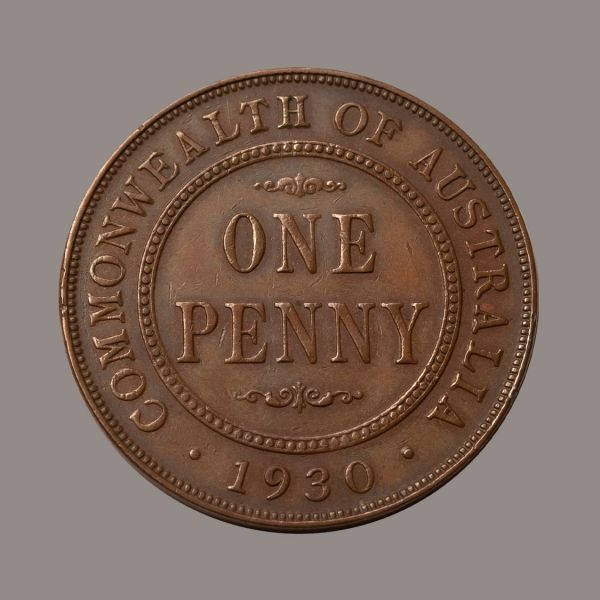 A 1930 Penny that presents well and that you would be proud to show your family and friends with a strong date, crisp upper and lower scrolls, uniform inner beading and handsome chestnut toning.

This coin has strong upper and lower scrolls. The obverse and reverse fields are reflective and very smooth with even, handsome brown toning.

Moving the obverse through the light you can clearly see the central diamond and a complete lower band of the crown.

This coin has a complete central diamond that leaps out and knocks you in the eye. The oval to the left of the central diamond is intact. With most 1930 Pennies the oval is only partially evident. 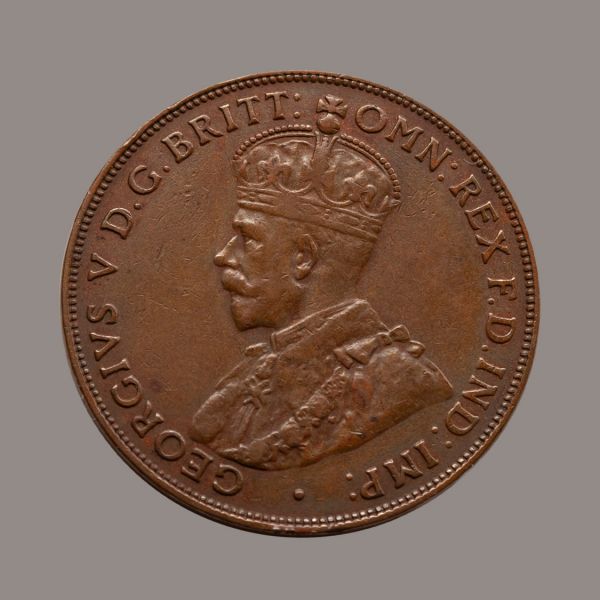 This 1930 Penny has a complete central diamond and six plump pearls. The lower band of the crown also is complete. To the naked eye, and under a glass, the coin has reflective fields with minimal marks in the fields.

One of the prime reasons for the popularity of the 1930 Penny is its financial reliability. It is a solid coin. In fact we would go one step further and say that over the long term the 1930 Penny has probably been one of our most consistent and trustworthy numismatic performers.

The chart below clearly shows the scarcity of 1930 Pennies graded Very Fine. We refer you to the grey area. 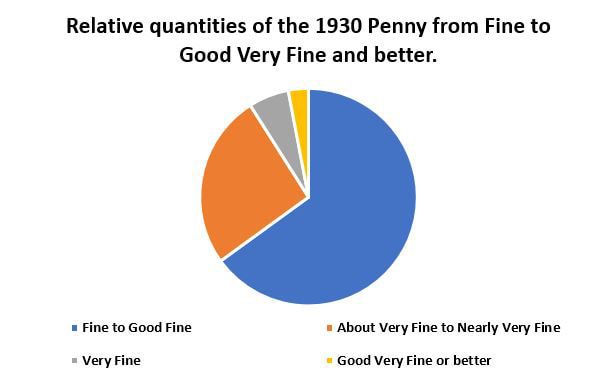