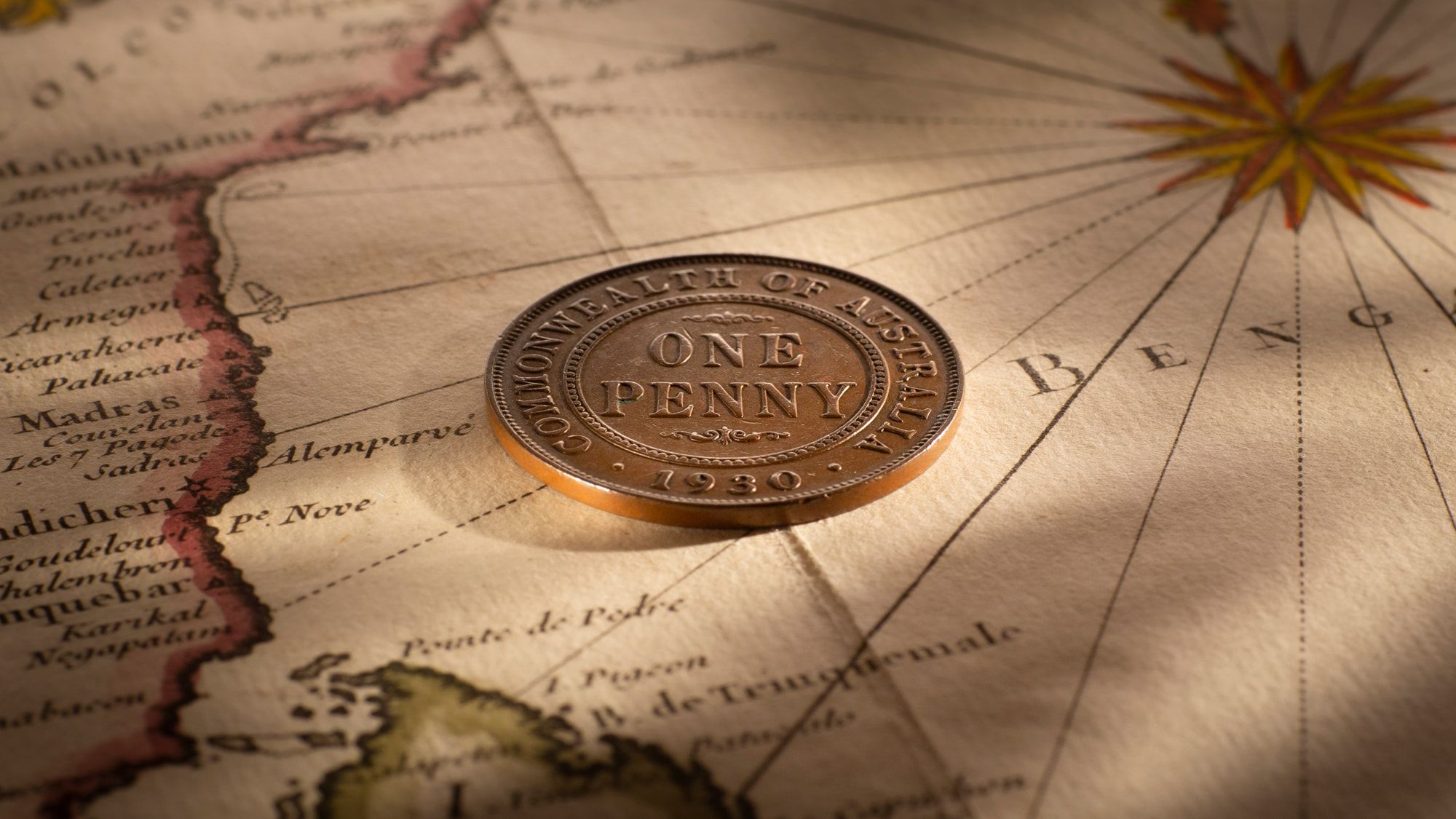 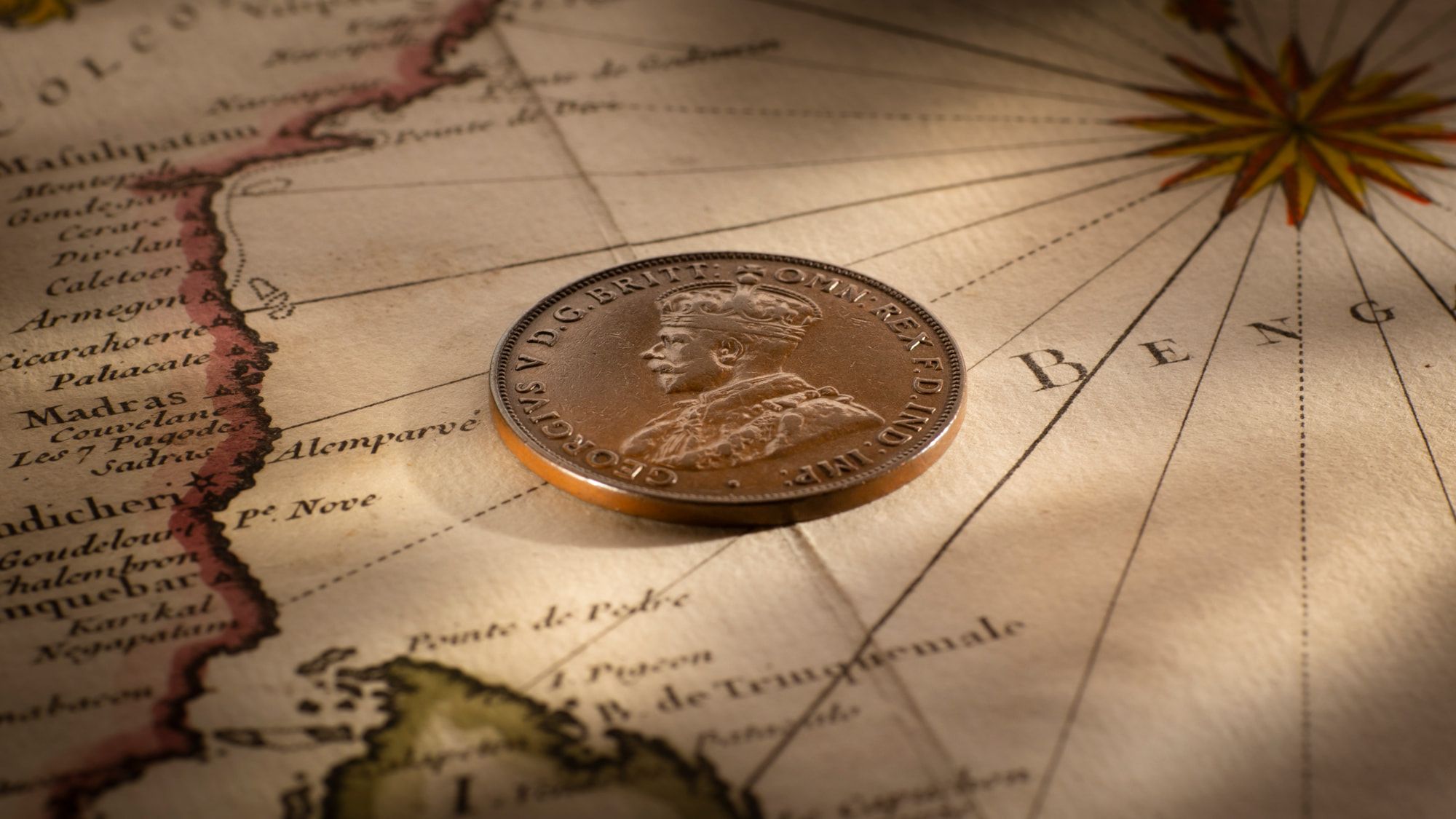 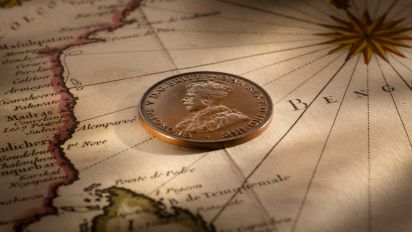 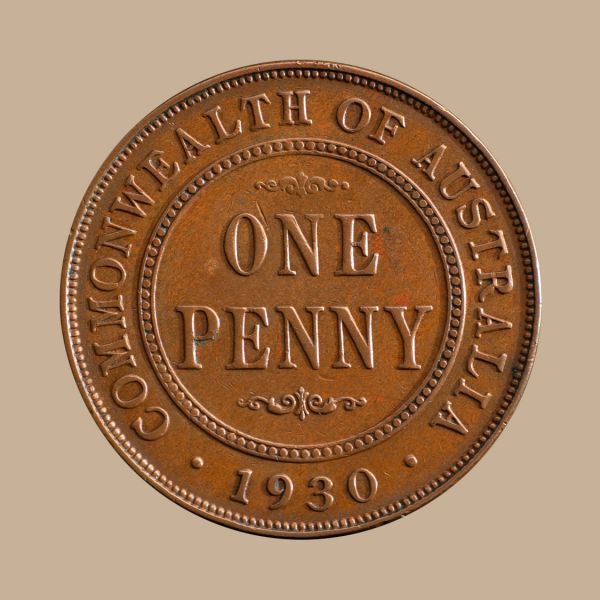 An impactful reverse with strength in the edges, upper and lower scrolls and the date '1930'.

In fact, we would go one step further and say that over the long term the 1930 Penny has probably been one of our most consistent and trustworthy numismatic performers.

What is most interesting about the 1930 Penny is that the coin  stumbled into fame. A review of records at the Melbourne Mint confirms that apart from the six 1930 Pennies struck to proof quality, no pennies were struck for circulation in that year.

Our insistence on the aesthetics when acquiring a 1930 Penny simply relates to the point that the coin was not discovered until the 1940s, a decade after they were released into circulation.

It is a fact that all 1930 Pennies have circulated, with the majority well used.

Our advice therefore is to reject a coin with a huge unsightly gouge. Or a massive edge knock. There will always be some signs of circulation with a 1930 Penny, but if they overwhelm the overall aesthetics of the coin, then in our view, do not buy it. 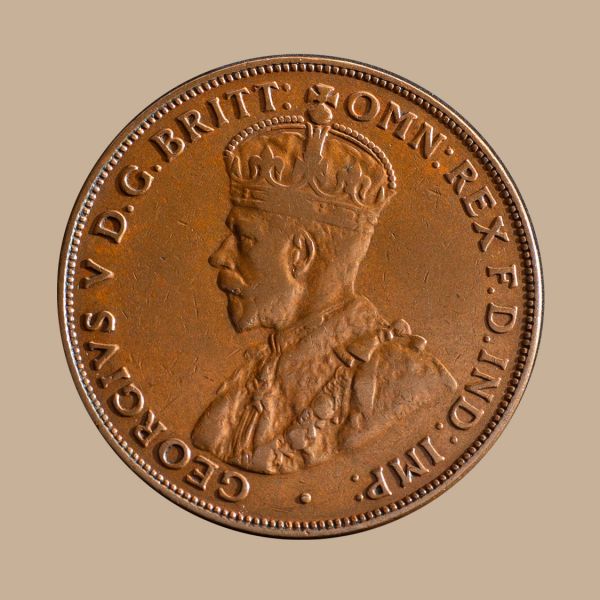 An impactful obverse with strength in the edges. A look at the crown area shows a complete lower band and three sides of the central diamond and six plump pearls.

Start off by scrutinising the coin in the flesh using just the naked eye. A truly great coin will always look good to the unaided eye.

This coin has strong edges, the upper and lower scrolls also are strong.

The obverse and reverse fields are reflective and smooth with handsome brown toning.

Move the obverse through the light you see the central diamond and a complete lower band of the crown.

Secondly, pick up a magnifying glass to examine the technical details, the diamond and the pearls, to re-confirm its technical grading.

This coin has a partial diamond with three out of the four sides showing. The oval to the left of the central diamond is almost intact.

The final step is to take another look with the naked eye just to make sure that you have taken everything in.

The price makes it even more attractive.