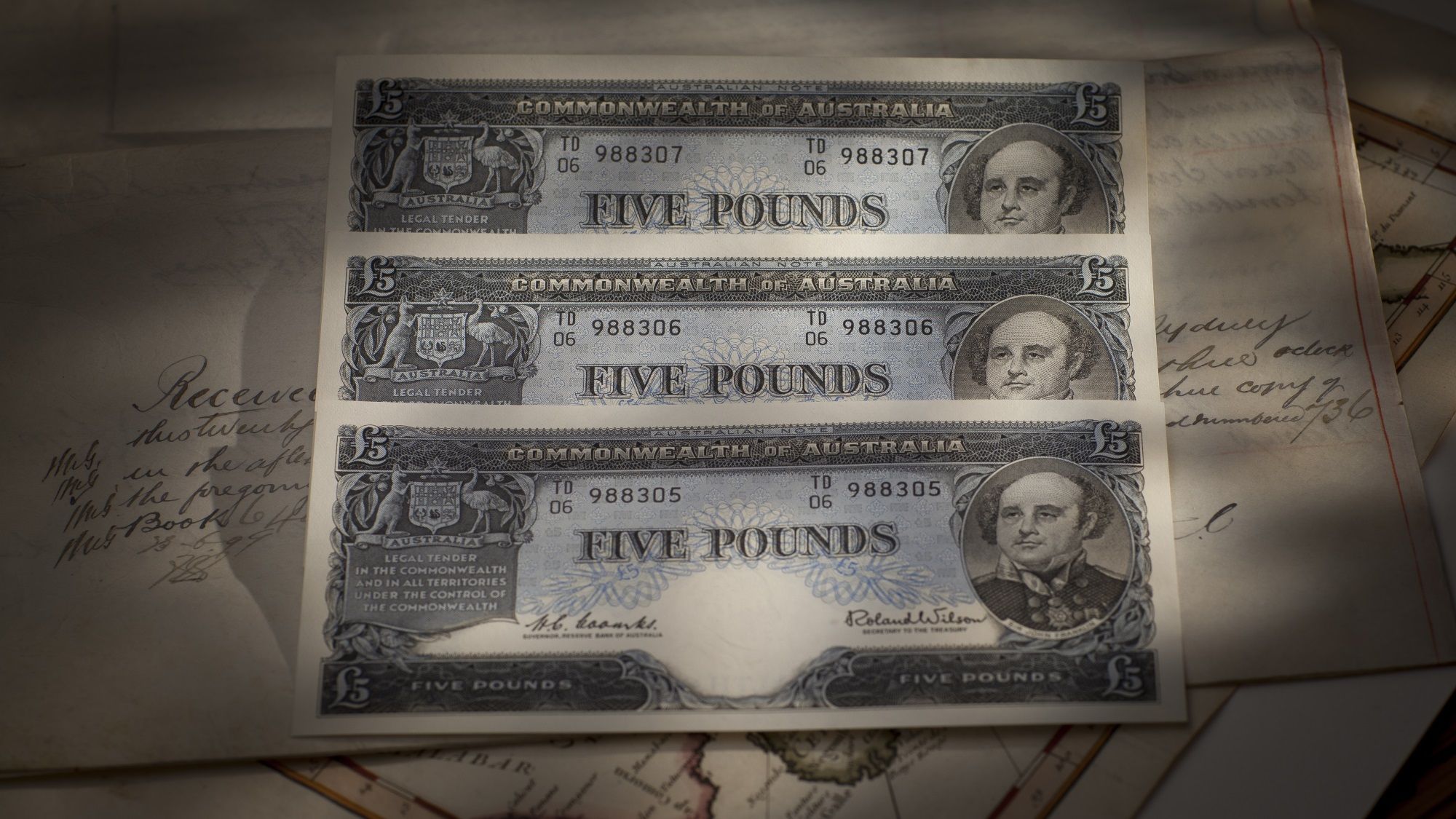 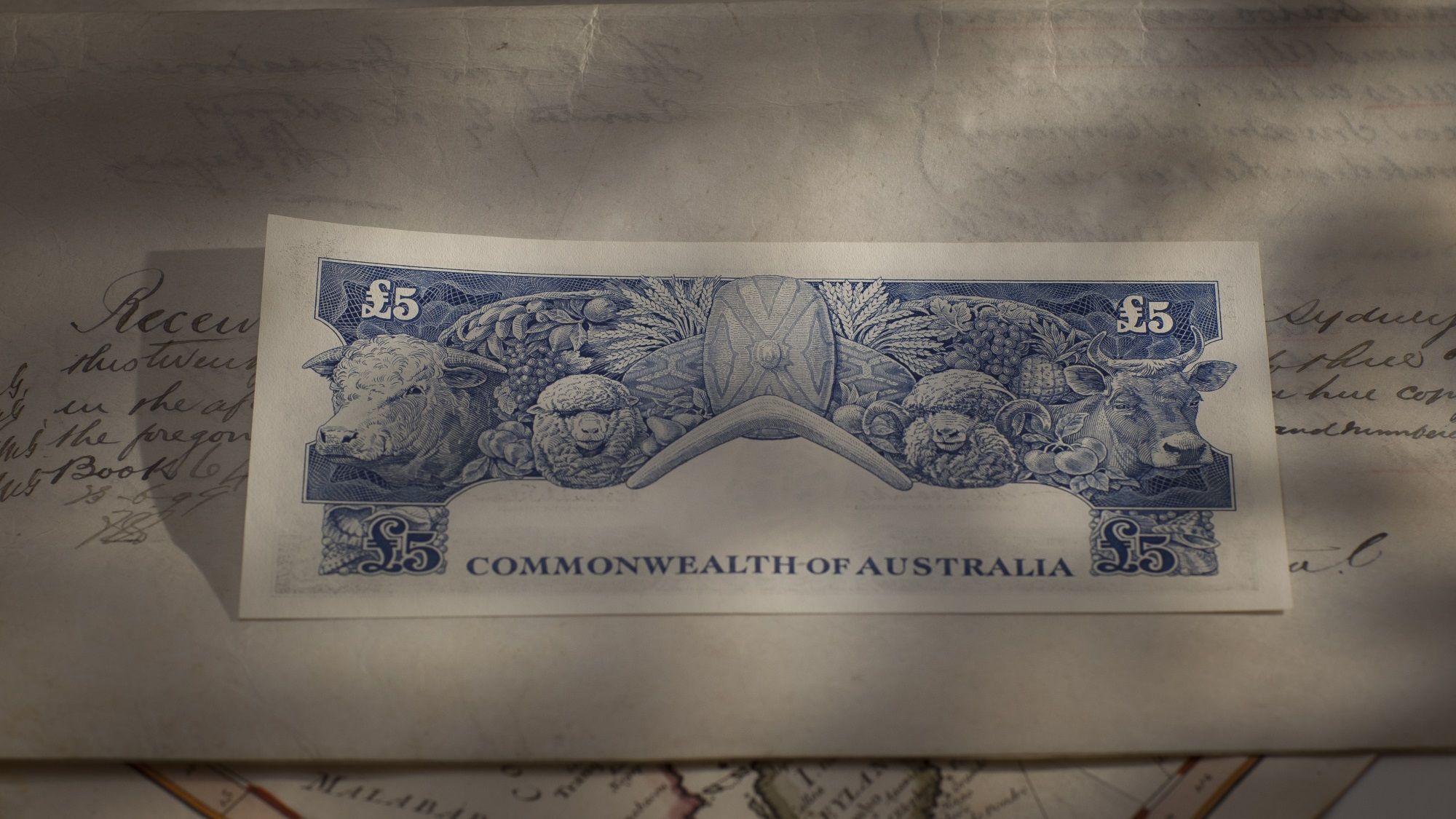 1960 £5 QEII Trio Unc
NOTE
1960 £5 QEII Trio Unc
QUALITY
Uncirculated
PROVENANCE
****
PRICE
****
COMMENTS
This 1888 London Chartered Bank of Australia Ten Pounds presents a financial snapshot of the colony exactly 100 years after settlement. It also is a high value note. And rare as such. A Ten Pounds note was well beyond the reach of most of the colony’s residents. In 1888, a farm hand in the colony was earning 13/- per week. This colonial Ten Pounds would have represented nearly four months wages.
STATUS
Available now 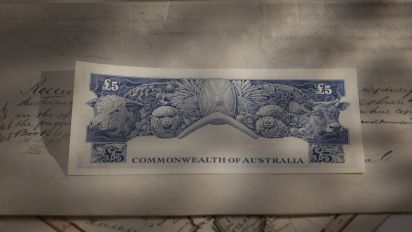 That it survives today retaining its original characteristics, crisp paper and vibrant colour unaffected by the passing of time is nothing short of a miracle.

Australia’s paper currency took on a sophisticated elegance with the establishment in 1817 of the Bank of New South Wales, the nation’s first private bank. And the issue of the bank’s circulating paper notes. The crude handwritten promissory notes that had proliferated throughout the colony soon after settlement forming an ad hoc unofficial paper currency had all but disappeared.

The private banking system flourished in Australia after the establishment of the Bank of New South Wales. By 1841 another 23 banks had been formed, including branches of some London banks. From the 1850s gold rush to 1888, a further 32 banks had opened their doors.

The London Chartered Bank was formed in London in 1852 and one year later established branches in both Melbourne and Sydney. In 1882, the bank opened a Brisbane branch.

During the financial crisis of 1893 this revered establishment was forced to suspend its payments but only for four months, later re-opening its doors.

The London Chartered Bank of Australia lives on through its subsequent mergers.  In 1921 the bank merged with the English, Scottish and Australian Bank (ES&A) which in turn amalgamated with the ANZ in 1970.

The specimen banknotes of our Colonial Banks have been attracting solid attention over the last few years.  The reasons are clear. The notes offer genuine quality. They offer scarcity. They have a glorious, rich history. And they are being offered at a price that makes them very affordable.