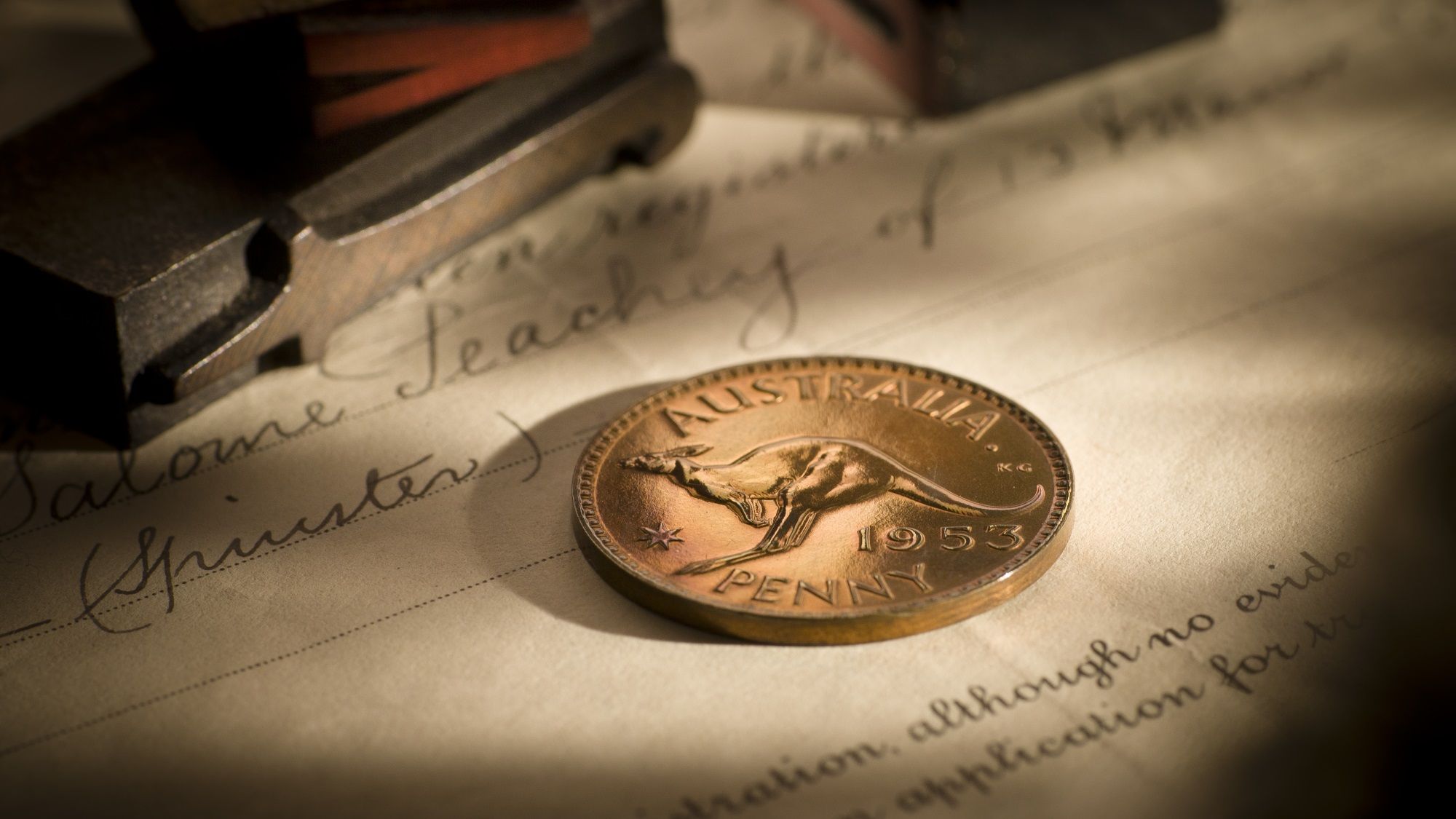 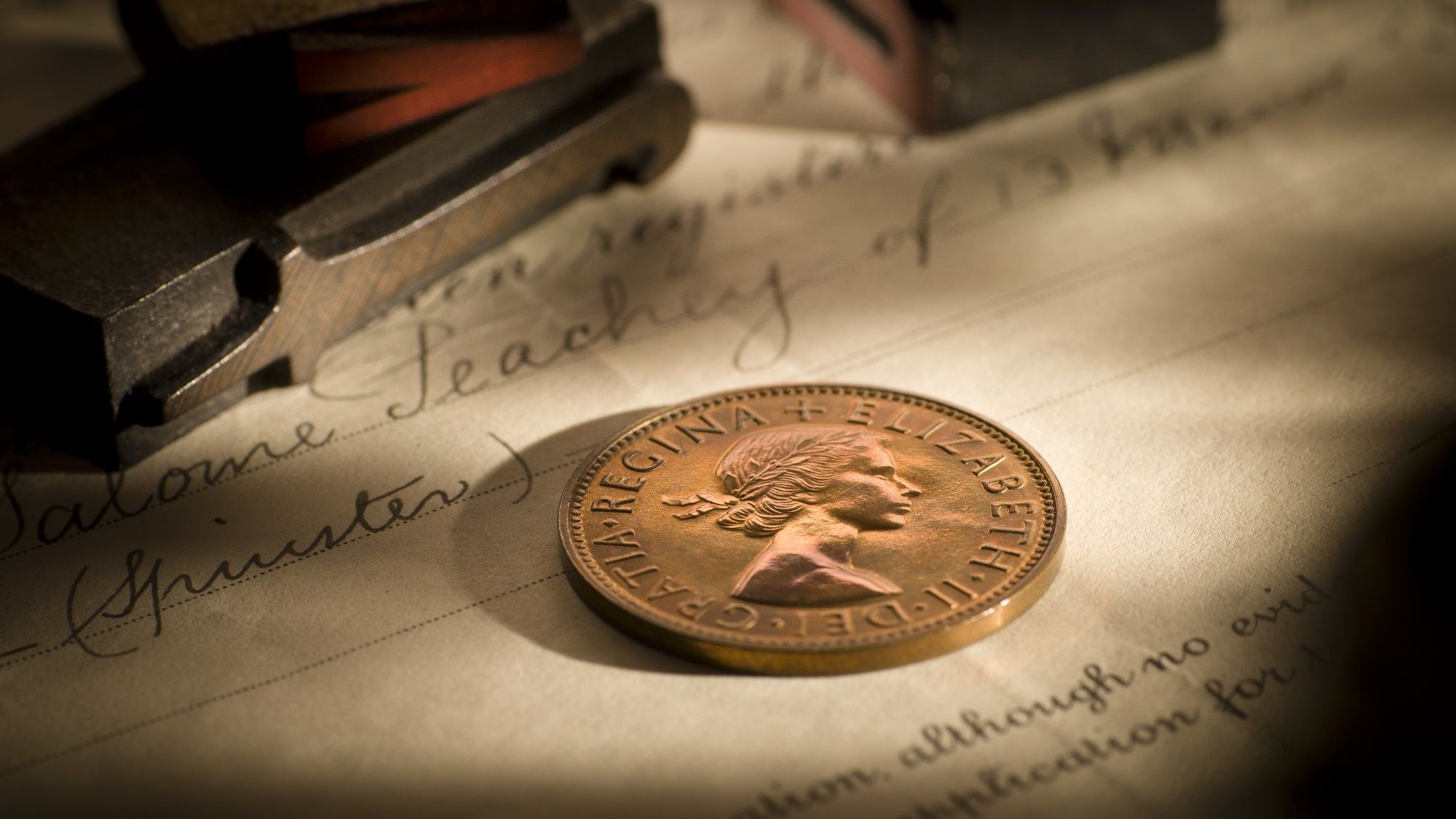 1953 Perth Mint Proof Penny
COIN
1953 Perth Mint Proof Penny
PRICE
$38,000
QUALITY
Superb FDC
PROVENANCE
Private Collection Melbourne
COMMENTS
It has been years since we last offered a spectacular Perth Mint Proof Penny such as this coin. Brilliantly struck and brilliantly preserved, this coin has unblemished glossy surfaces and magnificent iridescent toning. We are always on the look-out for top quality Perth Mint copper proofs, pre-1955. They are almost unobtainable, very rarely offered; the reason being that the mintages were tiny. And we are now more than seventy years down the track with natural attrition and poor handling taking its toll on the original mintage. Forty-five years in the industry and we have recorded the sale of only one other supreme quality 1953 Perth Mint Proof Penny. One of the prime reasons for our enthusiasm of Perth proofs is that the mint is still operating which makes their pre-decimal coins historical - but vibrantly current - so the ‘Perth Mint’ message remains strong, underpinning future interest. 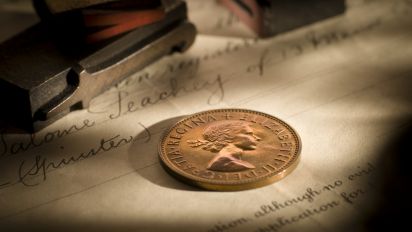 The Perth Mint was established in 1899 as a branch of the Royal Mint in London, producing sovereigns and half sovereigns from gold dug from the fields of Western Australia.

The prime role of the mint during the 1940s, 1950s and 1960s was to strike pennies and halfpennies for Treasury.

Throughout its history, the mint followed the protocols of the Royal Mint London in striking proof coins.

The Perth Mint crafted proofs as a representative example of those coins they were striking for circulation; struck to be preserved in government archives as a record of Australia’s coining history, time-capsuled for future generations.

Proof coins were struck at the discretion of the mint master so there was no hard-fast rule about the regularity of the issues. Or the mintages. Given that proof coining was also a very labour intensive process and time consuming, minimal numbers of proofs were struck. Believed less than twenty. (We compare this figure to today’s proof issues that are minted in the tens of thousands.)

That a trickle of the coins have come out into the collector market simply reflects a mint’s desire to sell off duplicate coins to fund their own agenda for acquisition.

In the striking of this 1953 Proof Penny, the Perth Mint’s intention was to create a single masterpiece, coining perfection.

This 1953 Proof Penny was meant to be impactful, have the ‘wow’ factor. And it does.