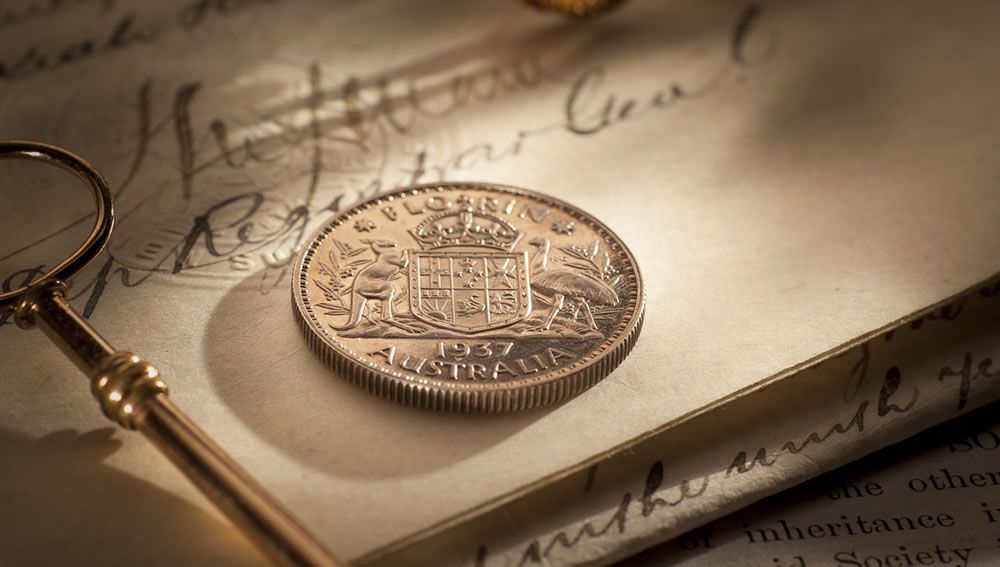 1937 Uniface Florin
COIN
1937 Uniface Florin
PRICE
$ 125,000
STATUS
Sold October 2016
QUALITY
FDC
PROVENANCE
Ray Jewell Collection, Private Collection Melbourne
COMMENTS
It is coins of the calibre of this 1937 Uniface florin that has cemented Coinworks reputation for handling the very best quality and the most significant of Australian coin rarities. The 1937 Pattern Florin is a coin of great historical importance. With five held in private hands it also is great rarity. Furthermore, the quality of this coin is superb. It is proof-like in appearance and has toned a magnificent pale pink/mauve hue. We have seen the five, and in our view it is the absolute finest. The former property of revered Australian collector Ray Jewell, it has been held by its current owner for more than twenty years. Now in a retirement phase the owner has decided to sell.
Enquire Now

The value of currency in recording great moments in time is clearly shown in this distinguished Australian coin rarity.

In 1937, the Australian Labor Government, under Prime Minister Joseph Lyons, planned to introduce new reverse designs to the nation’s coinage. It was timed to coincide with the coronation of King Edward VIII and the introduction of new obverse designs.

The new reverse designs were a radical departure from the traditional ‘British designs’ adopted after Federation and were prepared with a strong focus on Australia’s national identity. The florin in particular was revised to incorporate Australia’s new Coat of Arms that included emblems of the six states framed by branches of wattle blossom, surmounted by the Commonwealth star. The amended Coat of Arms also featured the motto ‘Advance Australia’.

As the Royal Mint London still prepared the master dies for the Melbourne Mint, the mint struck test pieces for the Australian Government of the revised obverse and reverse designs but only of the florin, shilling, threepence and penny.

The Government’s plans were thrown into disarray when Edward abdicated the throne on 11 December 1936 so that he could marry American divorcee Wallis Simpson.

The four new Australian coins never made it beyond the pattern stage. The test pieces were however preserved for posterity. And in each case, the obverse design depicting Edward VIII was removed by tooling off.

In the Australian coin series, the 1937 Penny, florin, shilling and threepence are the only vestiges of King Edward VIII’s brief and controversial time on the British throne.

The coins are excessively rare and have been owned by some of the greatest collectors of our time. They also are acclaimed worldwide. It was an international incident that impacted globally.