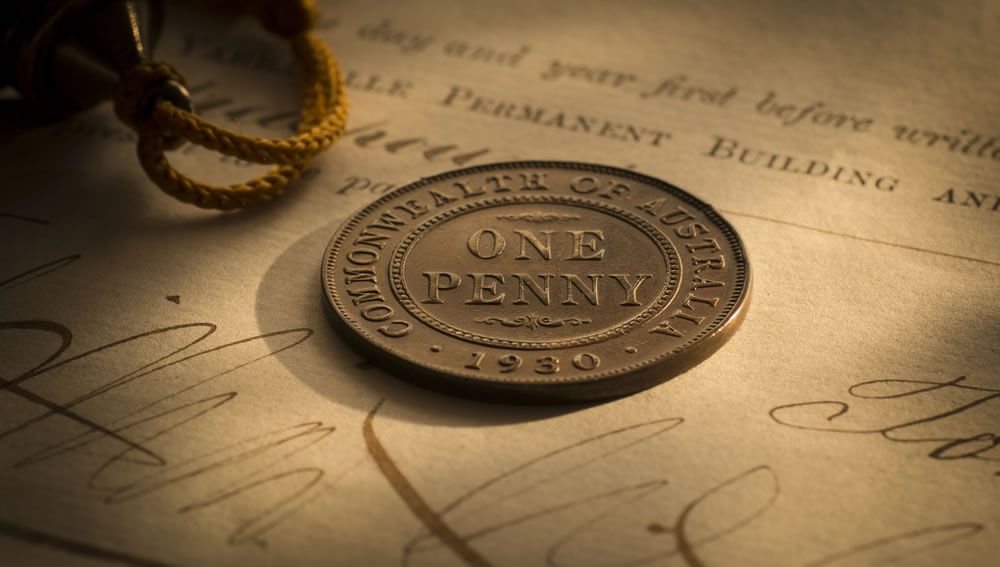 1930 Penny
COIN
1930 Penny
PRICE
$ 40,000
STATUS
Sold October 2016
QUALITY
nearly Very Fine
PROVENANCE
Private Collection Melbourne
COMMENTS
This 1930 Penny is all class. And at this quality level, a great rarity. The coin is graded nearly Very Fine with an almost complete central diamond and six strong pearls. The upper and lower scrolls are strong. The circular beading crisp. Even toning and smooth fields add further to its appeal. And web watchers will note the infrequent appearances on the Coinworks website of 1930 Pennies at this high quality level: a reflection of the scarcity of premium quality examples.
Enquire Now

The 1930 Penny is a national icon and its star status has made it one of Australia’s most valuable coins. What’s most interesting is that the 1930 Penny stumbled into fame.

The 1930 Penny is still to this day the glamour coin of the numismatics industry and is unrivalled for popularity, enjoying a constant stream of demand unmatched by any other numismatic rarity.