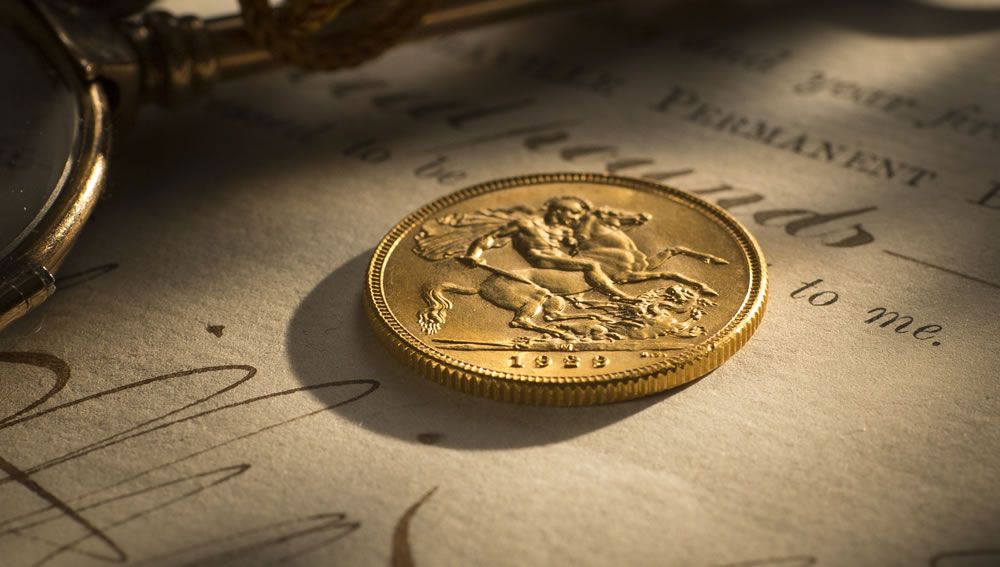 In 1929 a new portrait of George V appeared on Australia’s gold sovereigns. The portrait is referred to as the ‘small head’ design. The small head portrait ran for three years concluding in 1931 when Australia ceased sovereign production.

The reason for the extreme rarity of the 1929 Melbourne Mint sovereign is its low mintage. As a point of comparison, the Perth Mint records the striking of 1.67 million sovereigns in 1929. The Melbourne Mint however issued less than 1/10th of that figure, 137,000.

This 1929 Sovereign features the St George & Dragon design by Benedetto Pistrucci and the ‘small head’ portrait of George V designed by Sir E B Mackenal.

The availability of a 1929 Sovereign struck at the Melbourne Mint is an opportunity. If you happen to be offered one of exceptional quality, such as this coin, then the opportunity is even more profound.