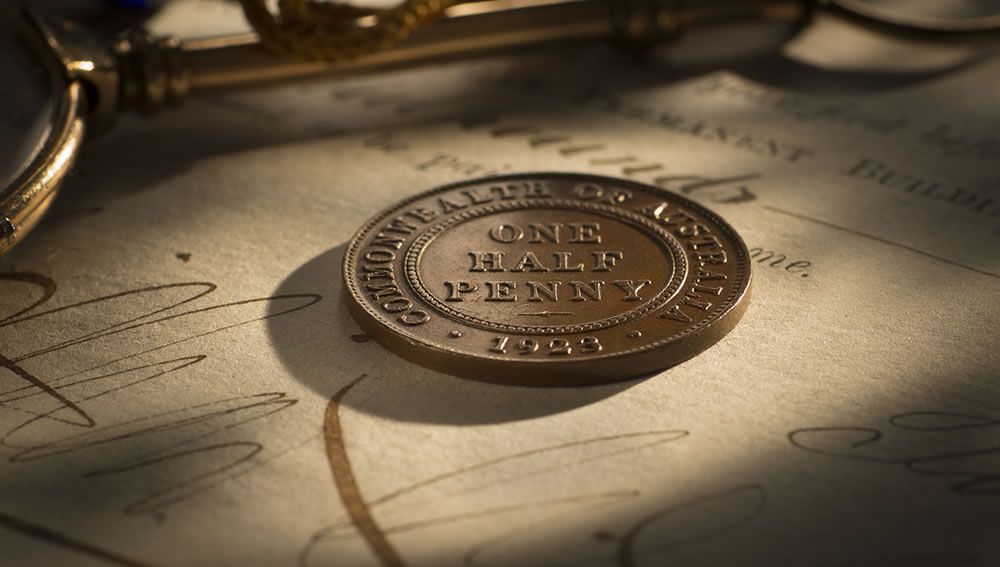 1923 Halfpenny
COIN
1923 Halfpenny
PRICE
$ 9,500
STATUS
Sold October 2016
QUALITY
about Extremely Fine
PROVENANCE
Private Collection Melbourne
COMMENTS
The 1923 Halfpenny is an Aussie icon. The coin is the nation’s scarcest halfpenny. While well circulated examples are reasonably readily available, in the quality level of this coin, the 1923 Halfpenny is a genuine Australian coin rarity. This coin is in a remarkable state of preservation with glossy smooth surfaces and just a hint of circulation and is the exception to those most commonly seen. You would be lucky to sight one, perhaps two examples of the 1923 Halfpenny at this quality level on the open market annually.
Enquire Now

Australians love their coppers. While not everyone could hold onto (or even gain access to) a gold coin, Australia’s coppers were accessible to the man in the street. And while there is no doubt that Australia’s 1923 Halfpenny has benefited from the emotional feelings stirred up by the 1930 Penny, the ’23 stands on its own merits as Australia’s rarest halfpenny and an Aussie icon.

That the Sydney Mint in its Annual Report recorded the striking of 1,113,600 halfpennies in 1923 would suggest that it was a common date coin.

For decades collectors challenged this point, drawing on their experience that the 1923 Halfpenny was the least available coin in the halfpenny series.

John Sharples, at the time Curator of Australia’s National Coin Archives, set the record straight when he undertook an analysis of die production and die usage at both the Sydney and Melbourne Mints.

And that the 1923 Halfpenny was in fact struck at the Melbourne Mint in a mintage of approximately 15,000 thereby confirming its status as Australia’s rarest circulating halfpenny.