One of the Commonwealth's greatest coin rarities, the 1920 Kookaburra Square Halfpenny design type 1 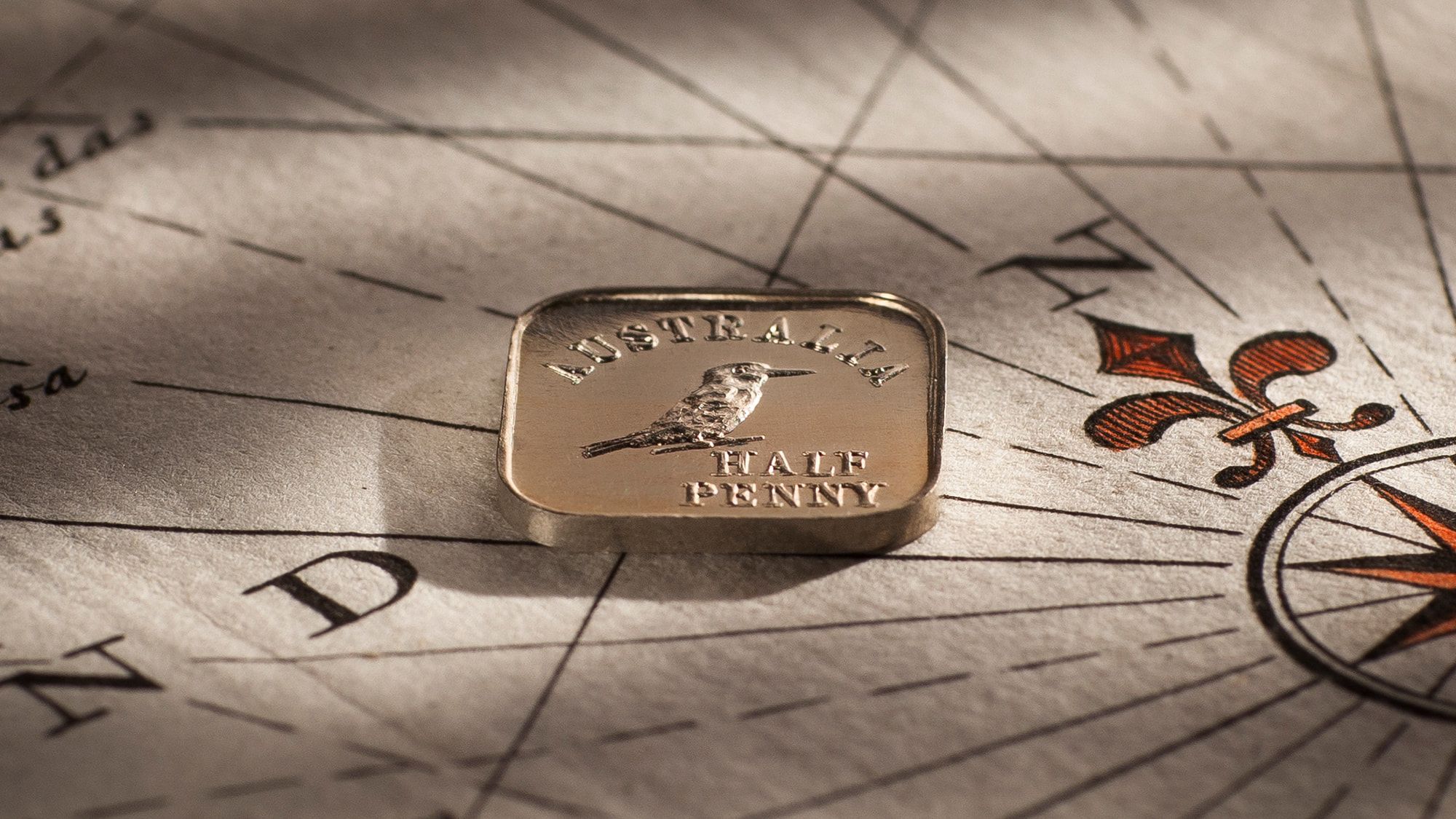 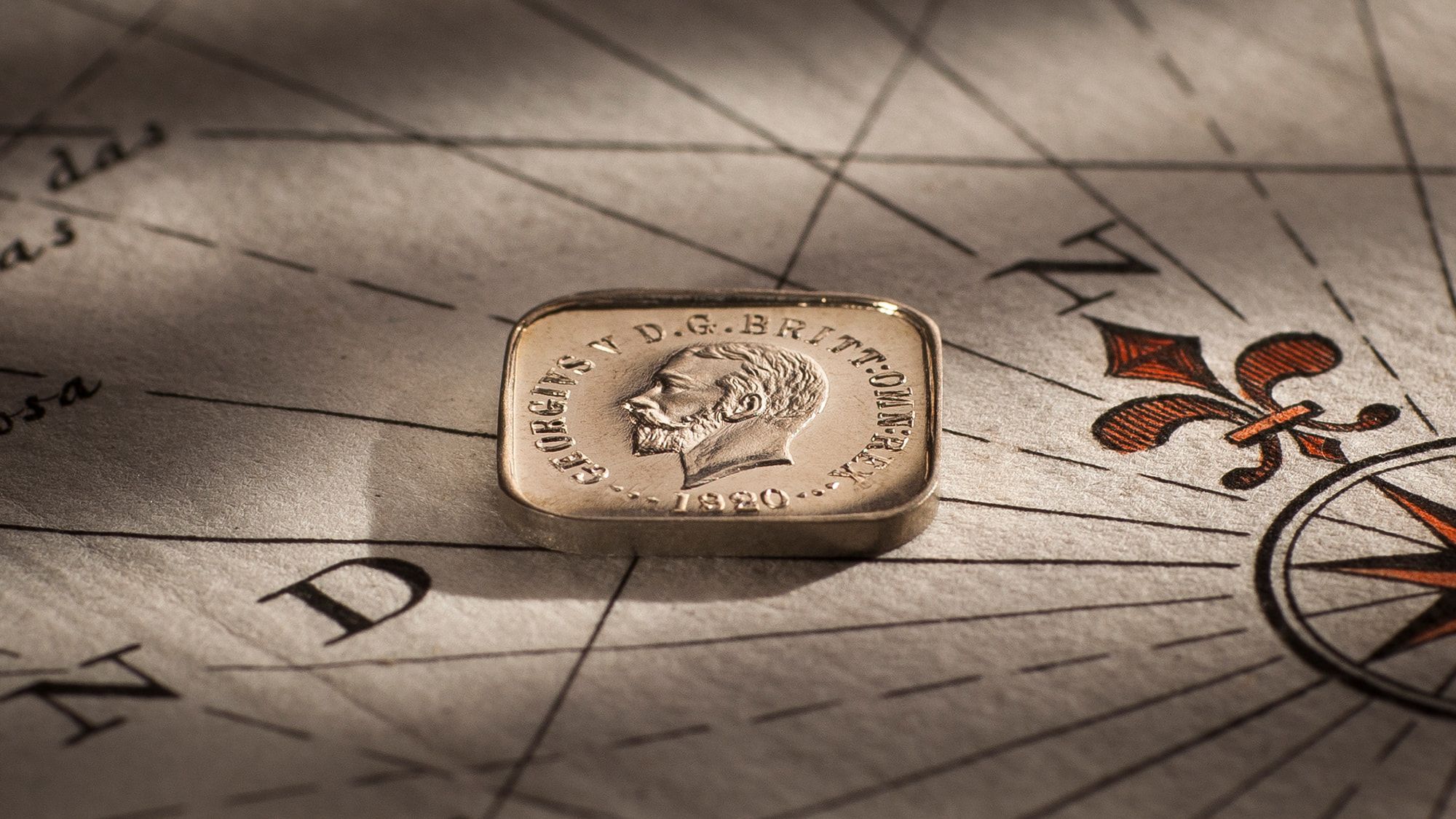 One of the Commonwealth's greatest coin rarities, the 1920 Kookaburra Square Halfpenny design type 1
COIN
One of the Commonwealth's greatest coin rarities, the 1920 Kookaburra Square Halfpenny design type 1
QUALITY
Choice Uncirculated with a sculpted three dimensional design on both obverse and reverse. And stunning mirror fields.
PROVENANCE
Noble Auctions July 1986. Noble Auctions July 2007. The Madrid Collection of Australian Rare Coins.
PRICE
$355,000
COMMENTS
If there is one coin that represents the aspirations of all collectors it is this 1920 Kookaburra Halfpenny. It is the ultimate Australian numismatic rarity. For as long as auction records have been kept, the coin has been referred to as ‘one of the Commonwealth's greatest coin rarities’. A kookaburra halfpenny was trialed at the Melbourne Mint in 1920 and 1921. This example was struck in the former and as it so happens, '1920' is regarded as the glamour year of the Australian numismatic industry. Furthermore, it is extremely rare, known by three examples only. And the quality is simply stunning. You would be forgiven for thinking that this coin was struck to proof quality. As a point of note it is the finest (by far) of the three known examples. The coin's last appearance at auction - in July 2007 - was as exciting as it was momentous. Frenetic bidding saw the coin rapidly move beyond its original pre-auction estimate of $150,000, leaving an exhausted bidding audience to absorb the final sales result of $380,000. 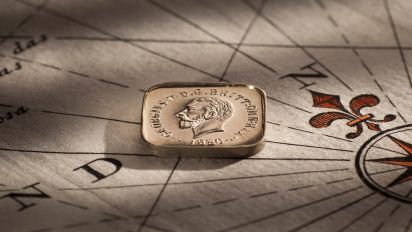 The year '1920' is indeed a glamorous one for the industry for it hosts some of the rarest and most famous coins of the Australian numismatic industry, a stunning line-up that includes:

When the Kookaburra Square Penny and halfpennies were created, Australians were recovering from the war and determined to lessen the ties with Great Britain. The mood even filtered through to our coinage! The Government planned to introduce a square penny and halfpenny with our native bird on the reverse. And the monarch minus his crown on the obverse! Provocative and contentious but uniquely Australian.

New technology was being created, like toasters and cars, things that today we take for granted. The fashion world was exploding, great changes were being embraced in styles of dress. Australians were identifying with their own culture, keen to lessen the emotional and cultural ties with Great Britain.

Creating a new, totally Australian coinage was a part of the deal which is why the Government floated the idea of the Kookaburra Penny and Halfpenny envisaging a coin that would be unique to Australia.

The best thing for collectors is that the 200 kookaburra coins do not bear the same design. The Melbourne Mint tested thirteen different styles introducing enormous interest, personal choice and procurement challenges into the series, for some designs are far rarer than others. 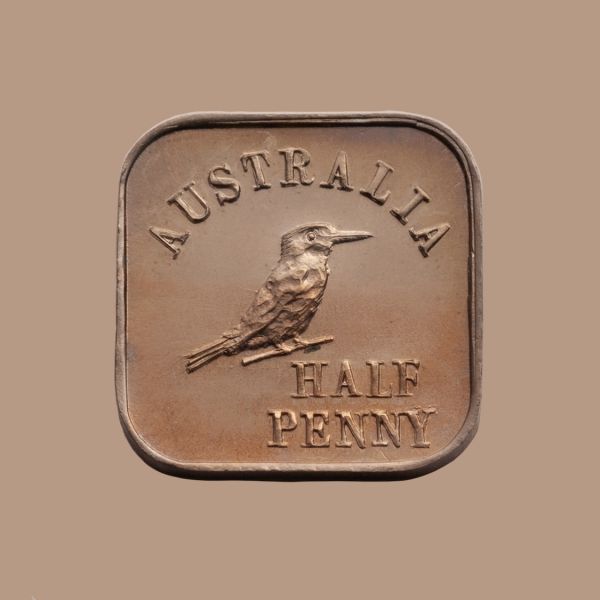 Aside from the concept of adapting every vending machine to accommodate a new square shape, the impracticalities of the kookaburra coinage is demonstrated with the size of the halfpenny. The bird is sculpted and three dimensional. The fields stunning. 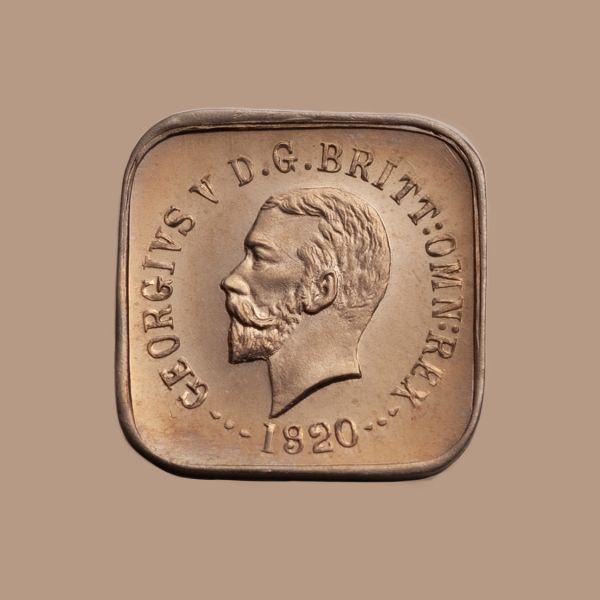 Even without the crown, this portrait of George V is commanding and regal. It could almost be a proof striking, the details and fields are so good.