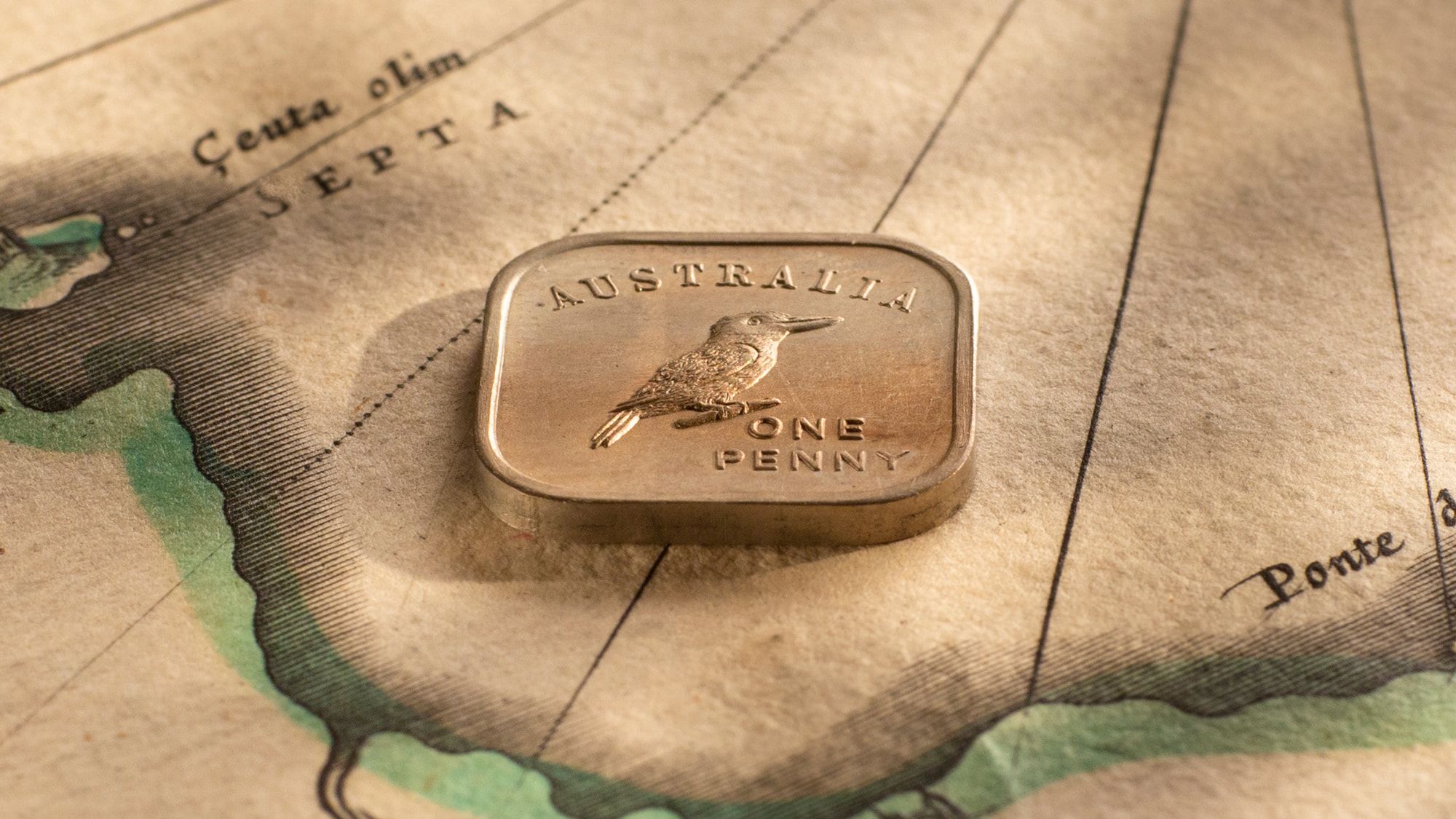 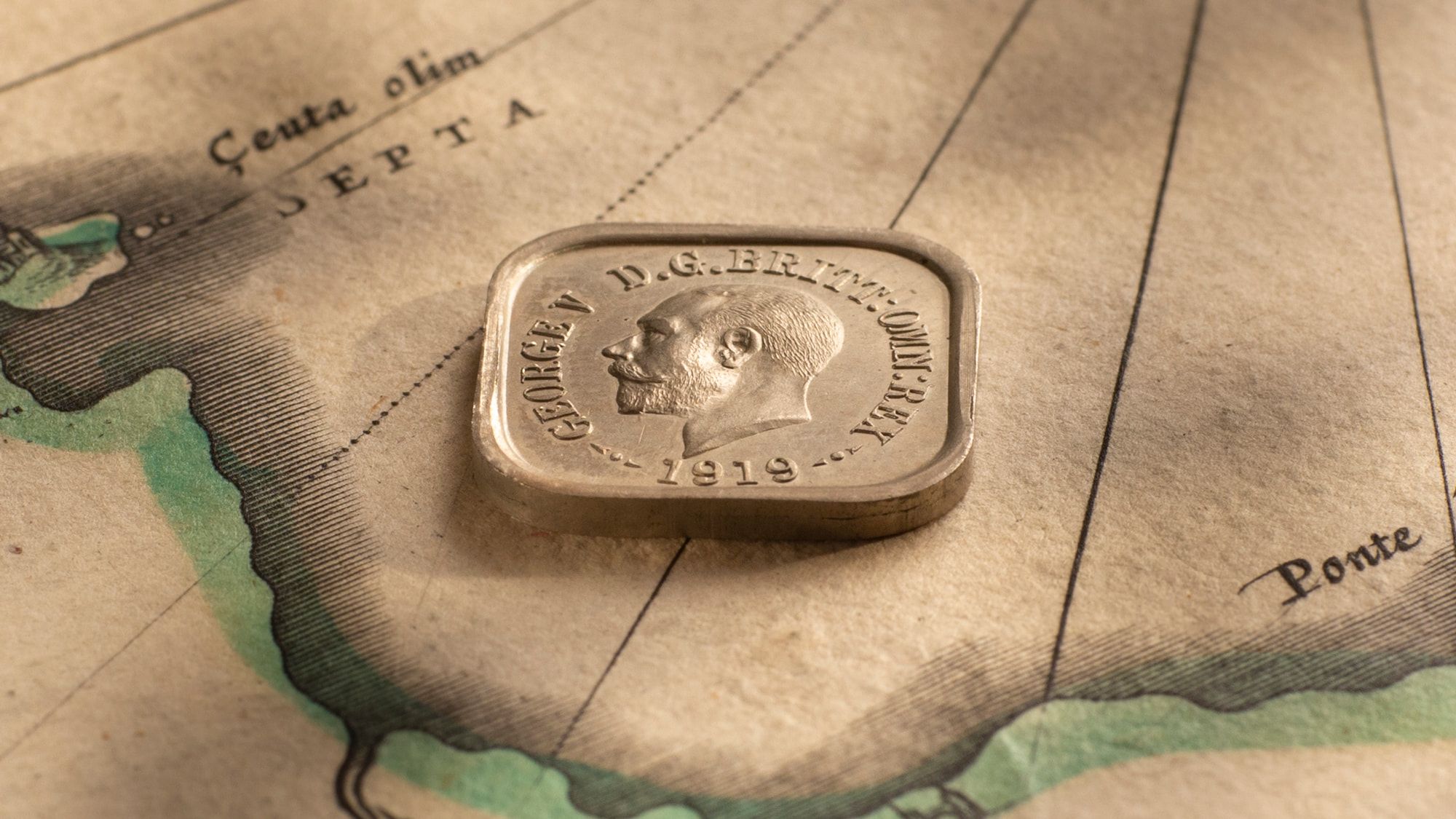 1919 Kookaburra Square Penny, Type 3
COIN
1919 Kookaburra Square Penny, Type 3
QUALITY
Choice Uncirculated, with proof-like surfaces
PROVENANCE
Private Collection Melbourne
PRICE
$60,000
COMMENTS
Uniform edges, impeccable proof-like surfaces enhanced by handsome subtle toning. And a deeply etched kookaburra design. This is a superb quality 1919 Square Penny featuring the unique Type 3 design. Our records indicate that we sold a Type 3 Square Penny in mid-2017 for $50,000. Eight months later, a second example was sold for $55,000. Today this coin, the third Type 3 Square Penny we have handled in four years, is offered at $60,000. The increase in price is noted as is the infrequent appearances of the Type 3 on the market. This coin is an indisputable rarity.
STATUS
Available now 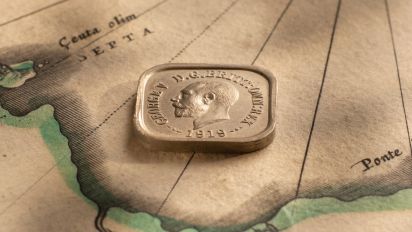 The Kookaburra Square Penny captures a great moment in time in Australia's history and is a ‘classic' Australian coin rarity. That's a title that is used sparingly, but glowingly, on pieces such as our first silver coins, the Holey Dollar and Dump. And our first gold coins, the Adelaide Pounds.

The Square Pennies that remain today are relics of our past, and the sentiment that they stir up in the current market is collector sentiment, driven by their novel shape and their extreme rarity.

Key points to note about the Type 3 Square Penny.

A unique design. The Type 3 Square Penny, with its modern lettering and sleek-style kookaburra, has a design that is unique to its type. No other square penny type bears that design.

It is rarely offered. Our opening comments confirm the scarcity of the Type 3. One coin sold in 2017, another in 2018 and a third offered in 2020. That's three examples over a four year period. Compare that to the availability of the 1930 Penny, where three examples could be offered in just one month.

We estimate that fifteen 1919 Type 3 Square Pennies are available to collectors. This is a minuscule number when you consider that the fifteen coins are never going to be slapped onto a table in one hit and offered for sale at the one time.

Our research, and our experience, confirms that you might expect to be offered a Type 3 Square Penny perhaps once every year. Now that's rare!

The Type 3 is popular. In 2019, the Royal Australian Mint Canberra, released a modern coin issue acknowledging the historical importance of Australia's Kookaburra coinage.

Three coins, each square shaped and having a 25 cent denomination commemorating the years the Square Penny was issued, 1919, 1920 and 1921.

And what design did the Royal Australian Mint choose to commemorate the 1919 Square Penny?

The Type 3 Square Penny of course.

The Square Pennies were test pieces struck to assess public reaction. So, they were not struck to exacting minting standards, a tell-tale sign the lack of uniformity in the width of the edges.

Given to dignitaries to assess their reaction, there was no packaging and we know that not every dignitary was a collector and would have handled them with care. Some of the coins must have been tucked into a fob pocket for they have circulated. Others could have rattled around a top desk drawer. Or passed around to colleagues ... introducing multi possibilities of mishandling.

It is noted that the Kookaburra Square Pennies tone, some more strongly than others, a reflection on their storage in the intervening years.

A Square Penny with minimal, attractive toning and beautiful surfaces is a joy to behold. And a prized classic Australian coin rarity.