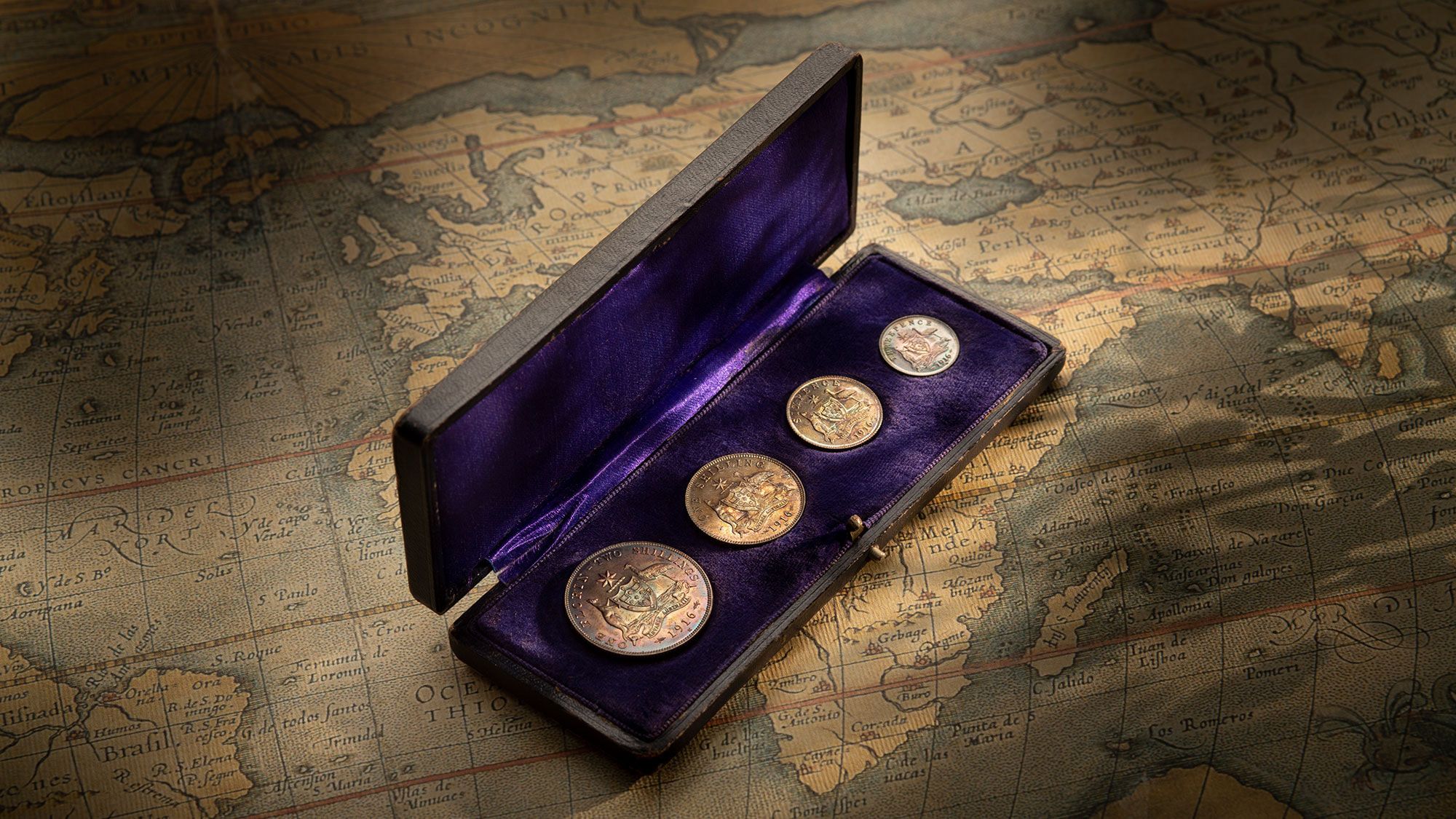 Early in November 1915 the Melbourne Mint was formally instructed to commence preparations for the striking of the Commonwealth's silver coinage. The silver was sourced locally from the Broken Hill mines. (Prior to 1915, the nation's silver coinage had been minted overseas at the Royal Mint London and the Heaton Mint in Birmingham.)

Towards the end of November 1915, dies for the set of four denominations were sent from London.

Six weeks after the dies were shipped, the Governor of Victoria Sir Arthur Stanley K.C.M.G, struck the first circulating 1916 shilling. It was logical that the Melbourne Mint would begin striking silver coinage with the shilling denomination given its similar physical size to their familiar sovereign.

The florin was struck almost immediately after, sixpences by the middle of 1916 with the threepences finally in December. More than 11.5 million silver coins were released into circulation that year.

Each presentation set was comprised of the four silver coins of florin, shilling, sixpence and threepence struck to specimen quality and featured the Melbourne mint mark ‘M’ below the date 1916.

The four coins were housed in a handsome, velvet-lined royal blue case that had been locally sourced.

The availability of the four-coin specimen presentation set was confirmed in November 1916 when Le Souëf recorded an entry of sixty specimen sets in the Mint Museums’ cash accounts with a face value of £11 5/-.

While records show that 60 sets were produced, sixteen were sold, collectors charged 6/- for a cased set. A further 25 sets out of the original mintage were presented to dignitaries and politicians with the precise fate of the remaining sets unknown.

What we do know is that many of the cases have been lost and many of the sets have been broken up and sold as individual coins. We also know that others were accidentally used as circulating coins, their value irreparably reduced through wear.

Over the past 50 years we have sighted only seven sets housed in their original case of issue. The case is a stamp of authority indicating that the coins are presented today as they were originally intended more than a century ago. 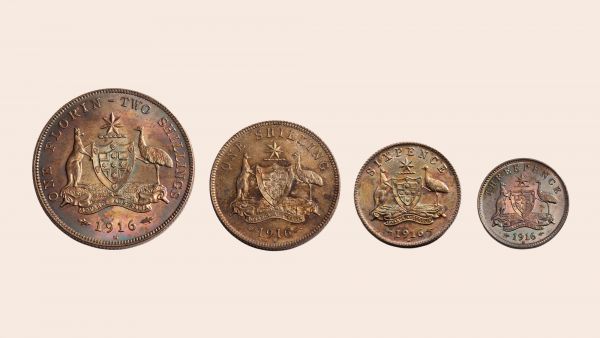 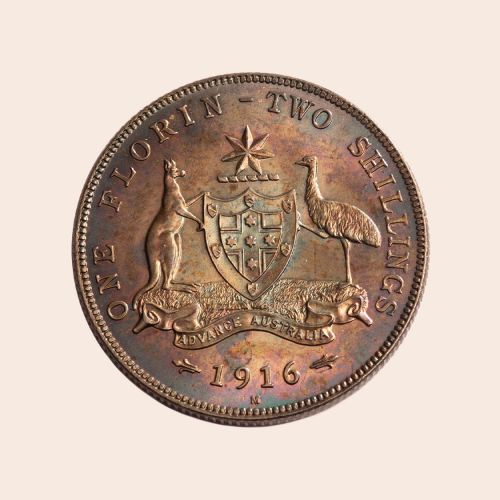 1916 Specimen Florin Reverse
Beautifully struck, with superb detail in all design elements. Smooth surfaces and highly reflective with stunning colours on both obverse and reverse. 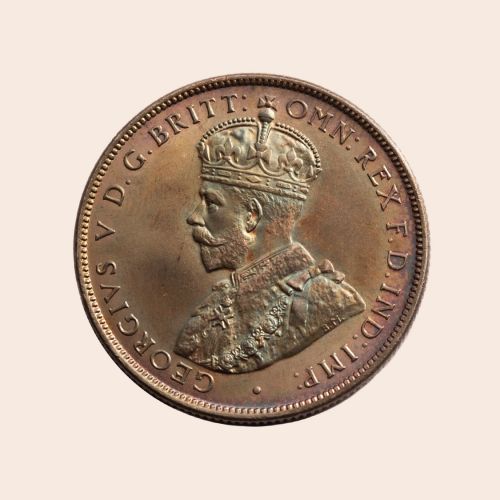 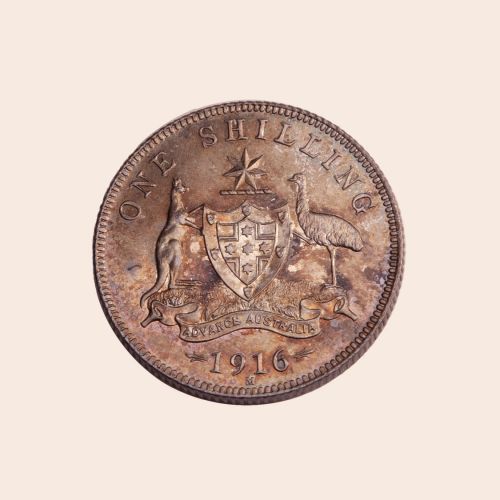 1916 Specimen Shilling Reverse
Highly reflective, superbly struck and beautifully toned. The reverse reveals multiple striations (raised parallel lines) across the fields; with those between the scroll and date and behind the emu strongly evident. 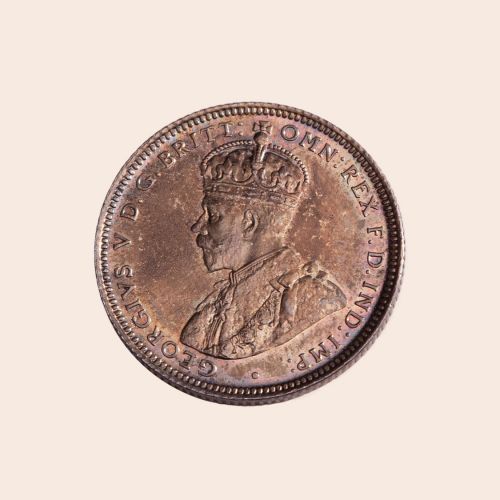 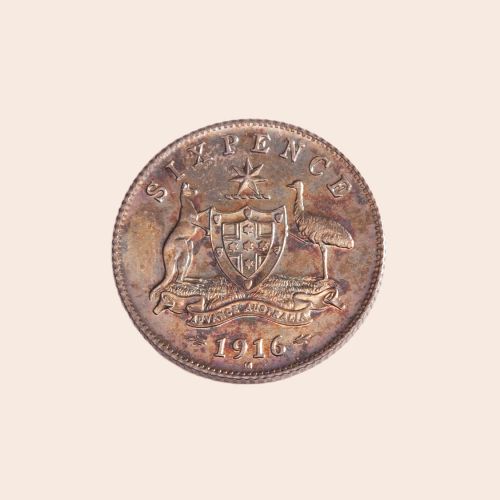 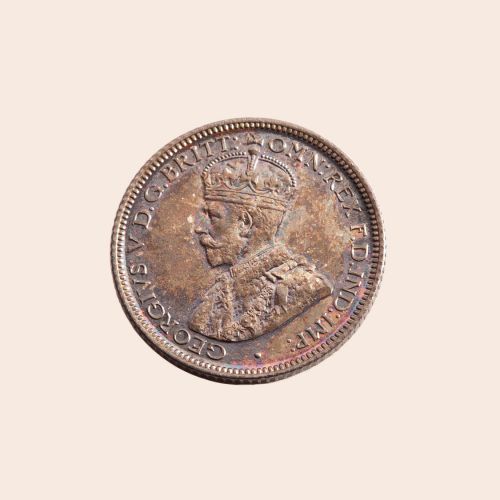 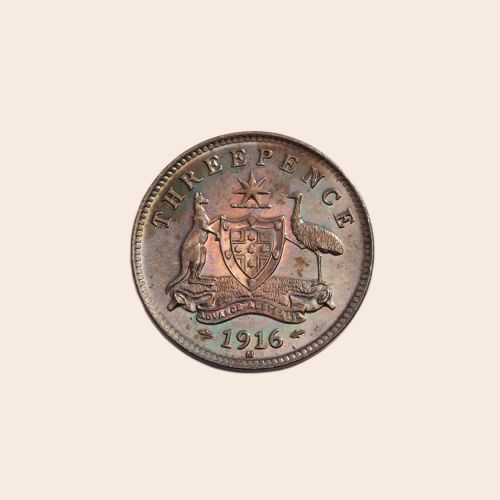 1916 Specimen Threepence Reverse
A full brilliant mirror finish with handsome blue and pink toning. The coin is extremely well struck, noticeable in the strength of strike in the star, shield and scroll. 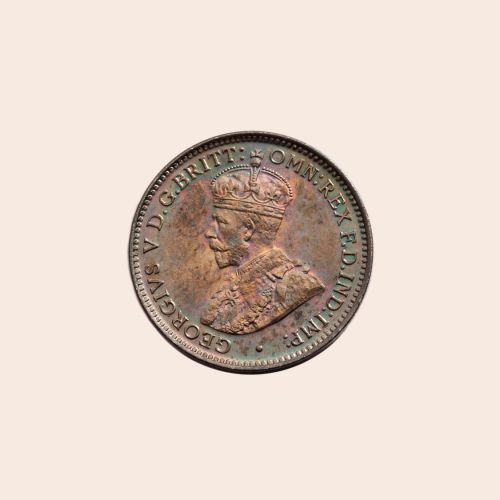 1916 Specimen Threepence Obverse
A brilliant strike with blue and pink toning. Strong striations confirm careful preparation of the dies at the Melbourne Mint.