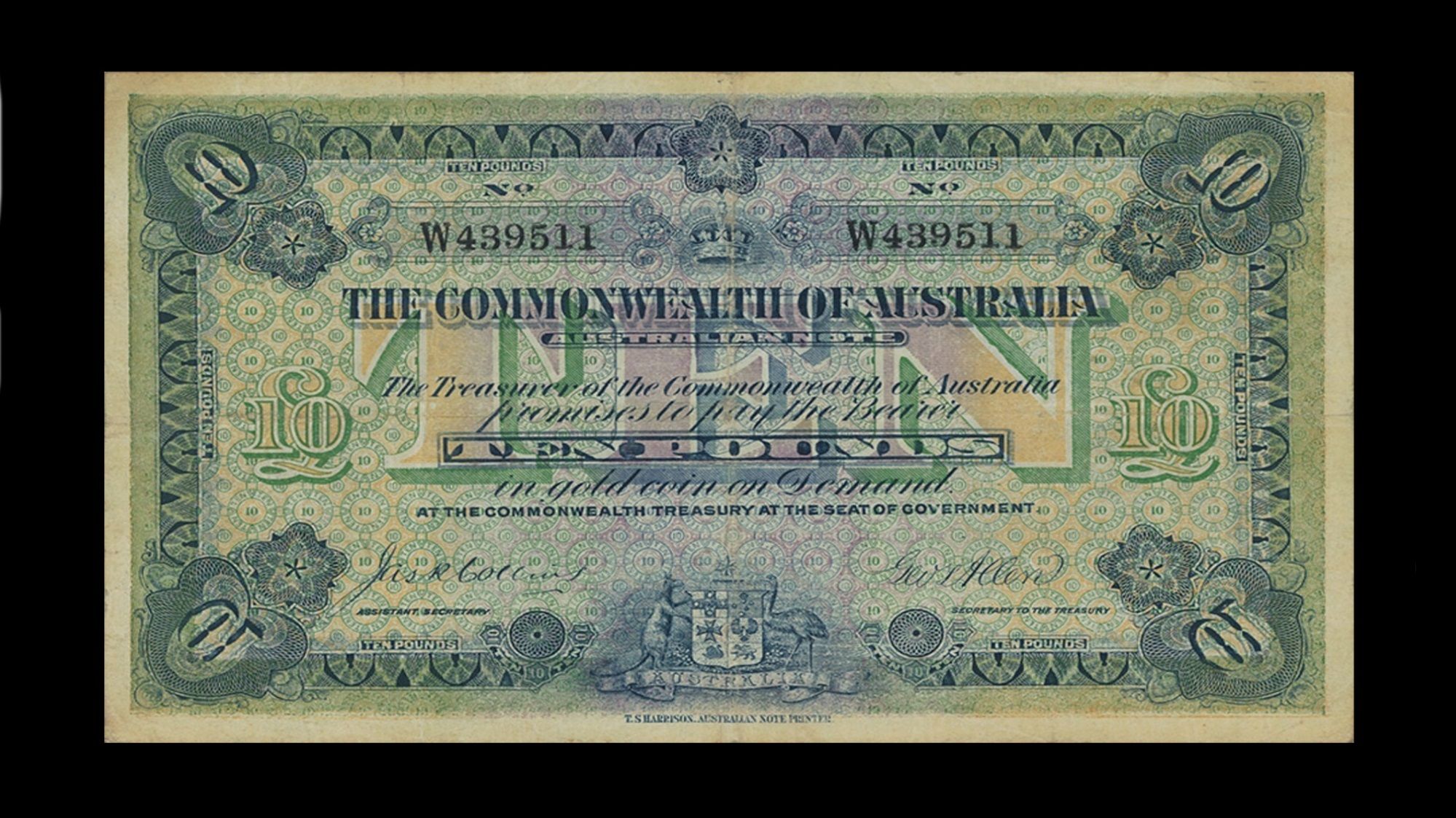 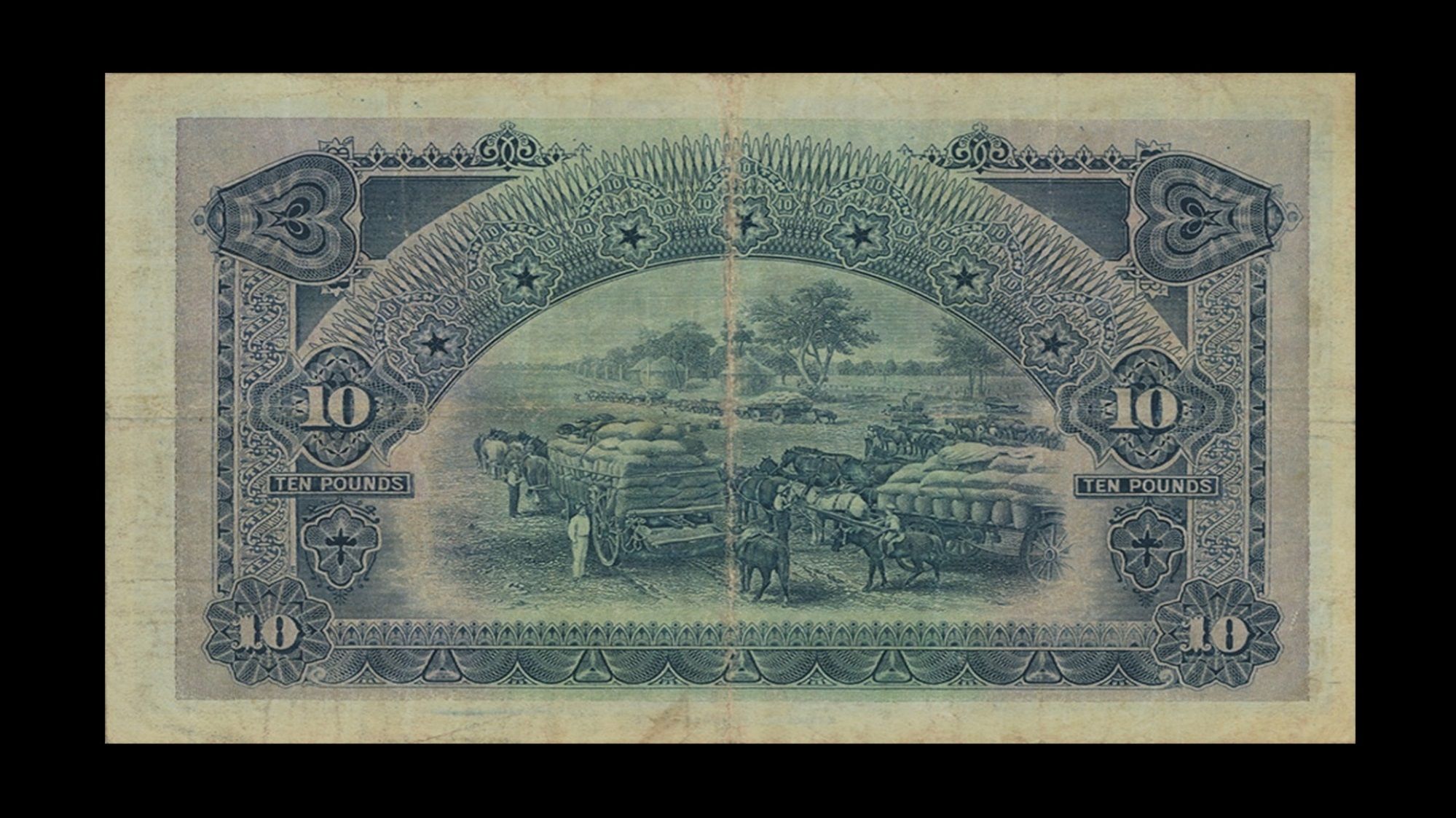 1913 Collins Allen Ten Pounds (R51)
NOTE
1913 Collins Allen Ten Pounds (R51)
PRICE
$15,000
STATUS
Sold May 2018.
QUALITY
About Fine, with three minor pinholes
PROVENANCE
Evan Mackley Collection, Private Collection Perth
COMMENTS
Prime Minister Andrew Fisher fulfilled his promise to the nation when he introduced Australia’s very first Commonwealth of Australia banknotes in 1913. The Ten Shillings was introduced in May 1913, the One Pound in June, the Five Pounds in September and the Ten Pounds in October of the same year and all featured the Collins Allen signature combination. 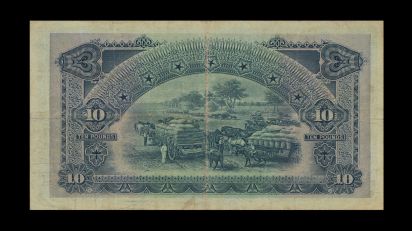 As Fisher intended, the banknote designs were unapologetically Australian and featured the new Commonwealth Coat of Arms and on the reverse an Aussie scene that promoted Australia’s proud infrastructure achievements and our primary industries.

It is a statement of fact that the two high denomination notes, the Five and the Ten Pounds, are the rarest out of all these issues.

Historical records note that a minuscule seventeen Collins Allen Ten Pounds have survived out of the original mintage.

It is also noted that all the surviving Ten Pounds examples are well circulated.

Ask any serious collector of Australian pre-decimal banknotes what is at the very top of their ‘wish list’ and they will tell you, banknotes from the George V era.

If you ask them to be more specific, they will indicate the very first examples out of the George V era.

Those notes that feature the signature combination of James R. Collins and George Thomas Allen.

This Collins Allen Ten Pounds is an investment in history.

The note will take its owner on a nostalgic journey through time, back more than a century ago.

To an era when Australia's banknotes were printed and issued as paper notes. And wages were paid in hard cash, pinned to a pay slip. (The very reason why so many of the early notes have pin holes.)

Back to a time when George V was the ruling monarch. And the average Australian weekly wage was less than three pounds, this note therefore representing a gargantuan amount. More than three weeks wages.