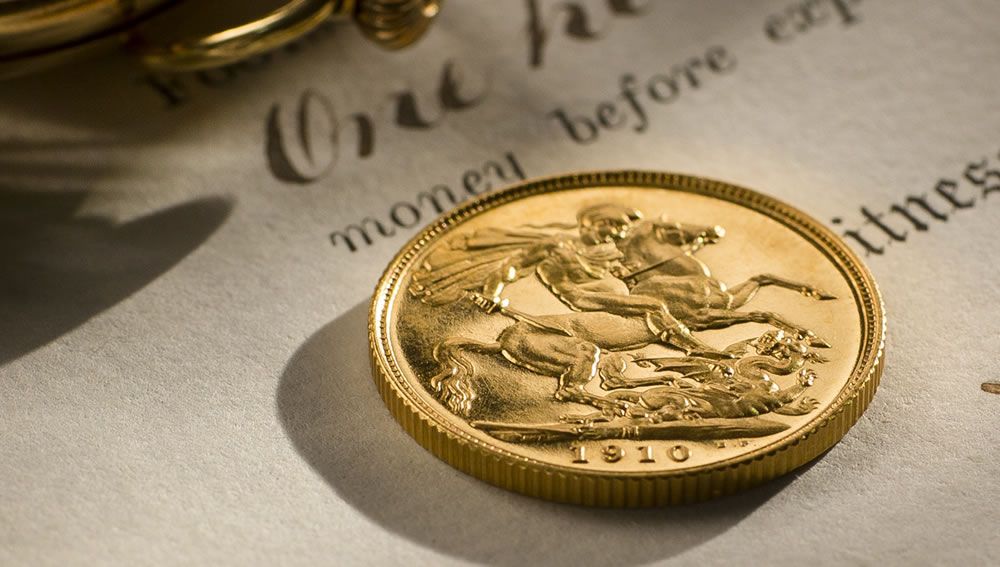 The Proof Gold Sovereigns of King Edward VII are incredibly scarce. Our experiences attest to their scarcity. This is the second only King Edward VII Proof Sovereign that we have handled in a career that spans forty-plus years.

The infrequent sightings of King Edward VII proofs are explained by the facts detailed below:

The 1904 Proof Sovereign has never been sighted. Retired gold coin specialist Barrie Winsor has cast doubt as to its existence and believes that ‘the 1904’ may have never been struck.

From a purely financial perspective, the most potent investment coins are those that are quite obviously rare in themselves. BUT (and this is the clincher) they belong to a sector of the market that is so limited in numbers that it doesn’t give the buyer easy alternatives. It is the notion that if you pass on this coin, you will more than likely never be given the opportunity of securing another date out of the same era. We have often referred to this type of coin as being the ‘trump card’.

This statement may well have been written for this unique 1910 Proof Sovereign of King Edward VII.