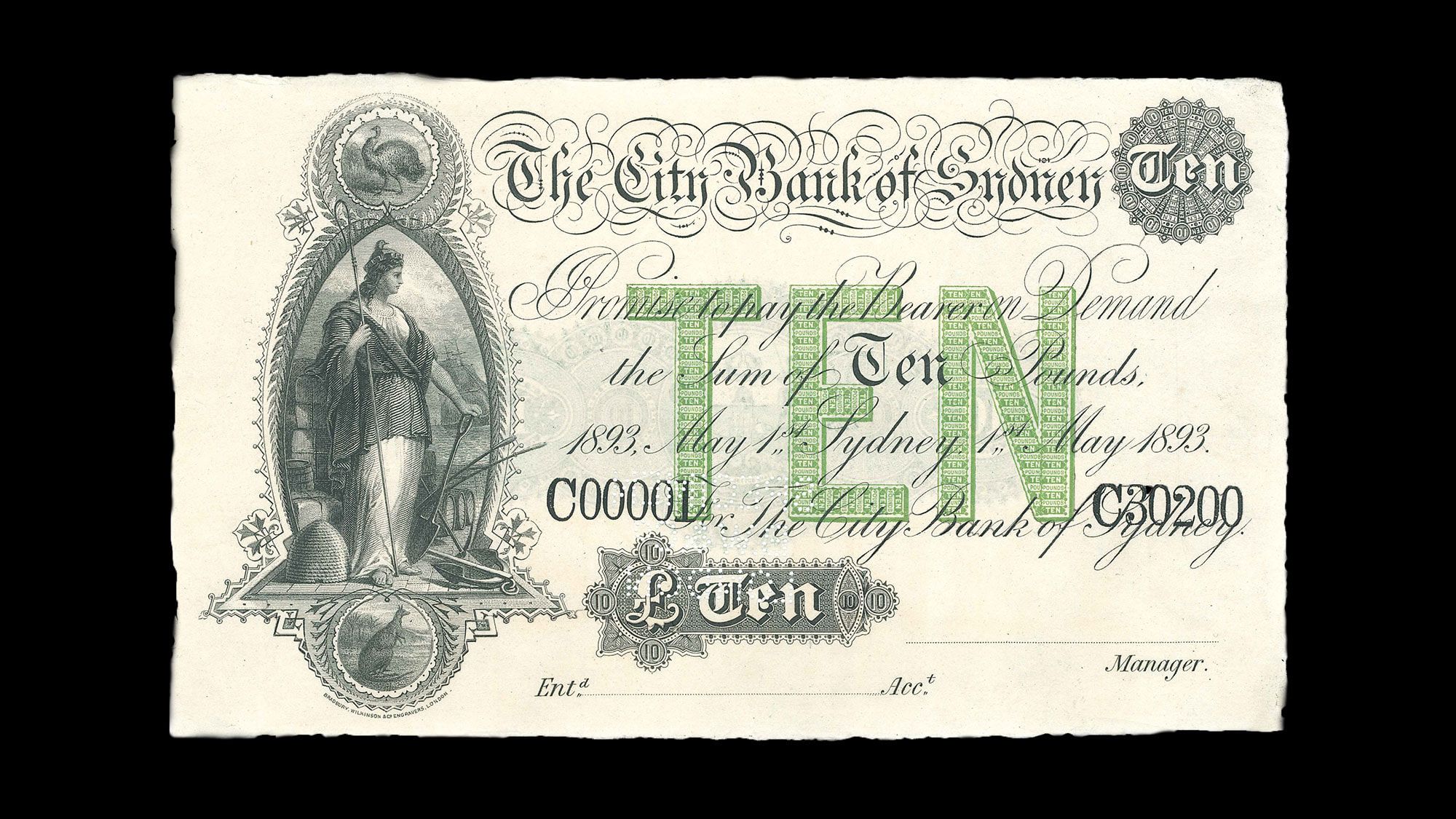 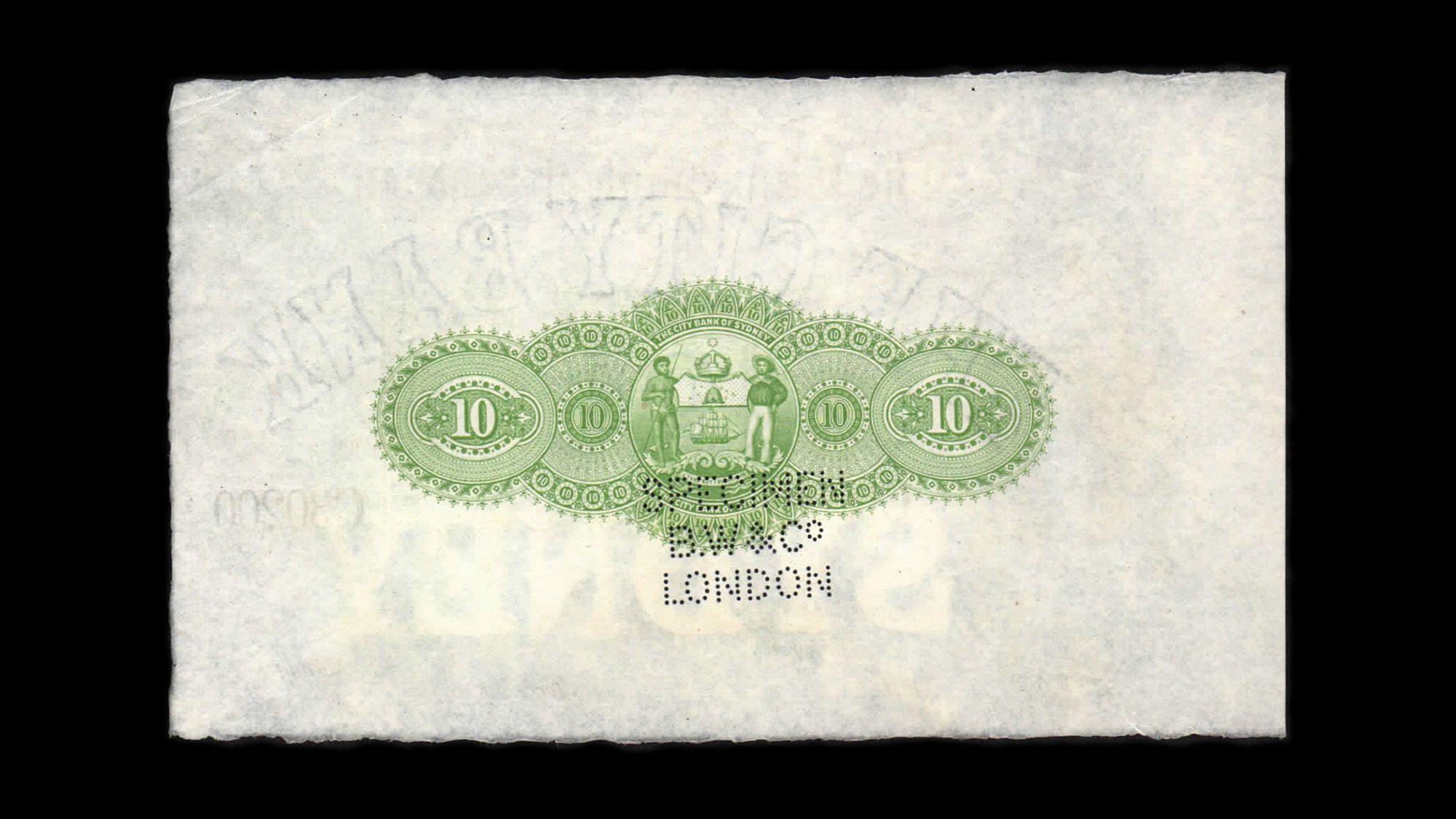 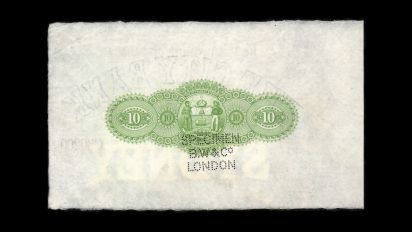 This 1893 City Bank of Sydney Ten Pounds is an original specimen note from one of Australia’s early colonial banks.

It is a superb piece of history at a truly reasonable price.

The City Bank of Sydney was formed in 1863 in New South Wales. The bank subsequently opened for business on 1 February 1864.

The notes of the Bank were prepared by London engravers and printers Bradbury Wilkinson.

Archived for more than a century before being offered for sale in 2010 at London Auction House Spink, this pre federation gem reflects its British design origins while at the same time it screams out “Colonial Australia” with the inclusion of a kangaroo and emu and an indigenous Australian.

Sir William Dixson was Chairman of Directors of the City Bank of Sydney.

You only need to visit Sydney’s Mitchell Library or ‘google’ William Dixson’s name to appreciate his contribution to banking circles and the Australian numismatic industry.

He was a prominent collector, accumulating a superb collection of coins, banknotes and tokens that were later donated to the Mitchell Library.

The City Bank of Sydney lives on through its subsequent mergers.

The bank merged with the Australian Bank of Commerce Ltd in 1916 and was eventually absorbed by The Bank of New South Wales in 1931, now known as The Westpac Banking Group Limited.