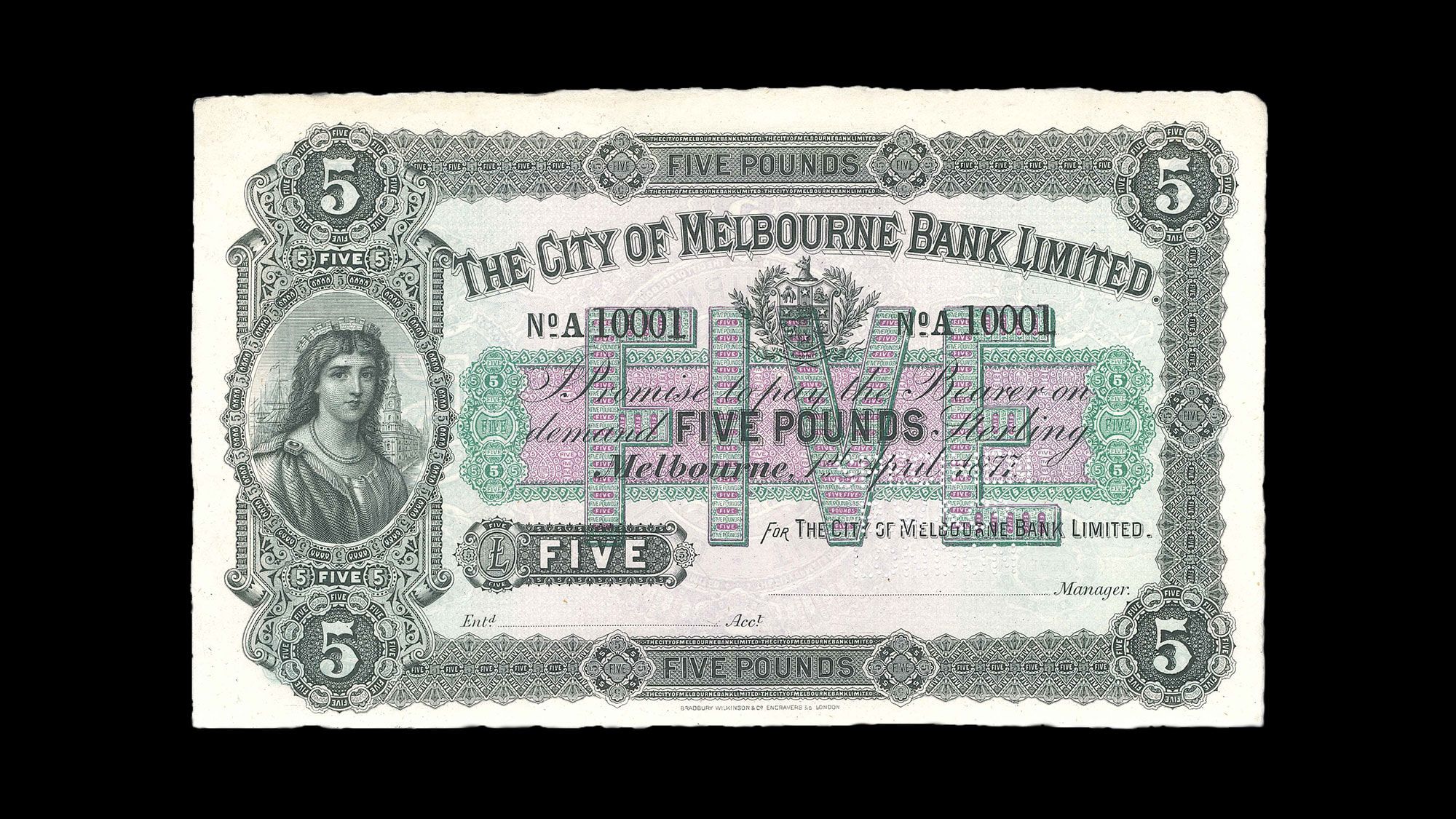 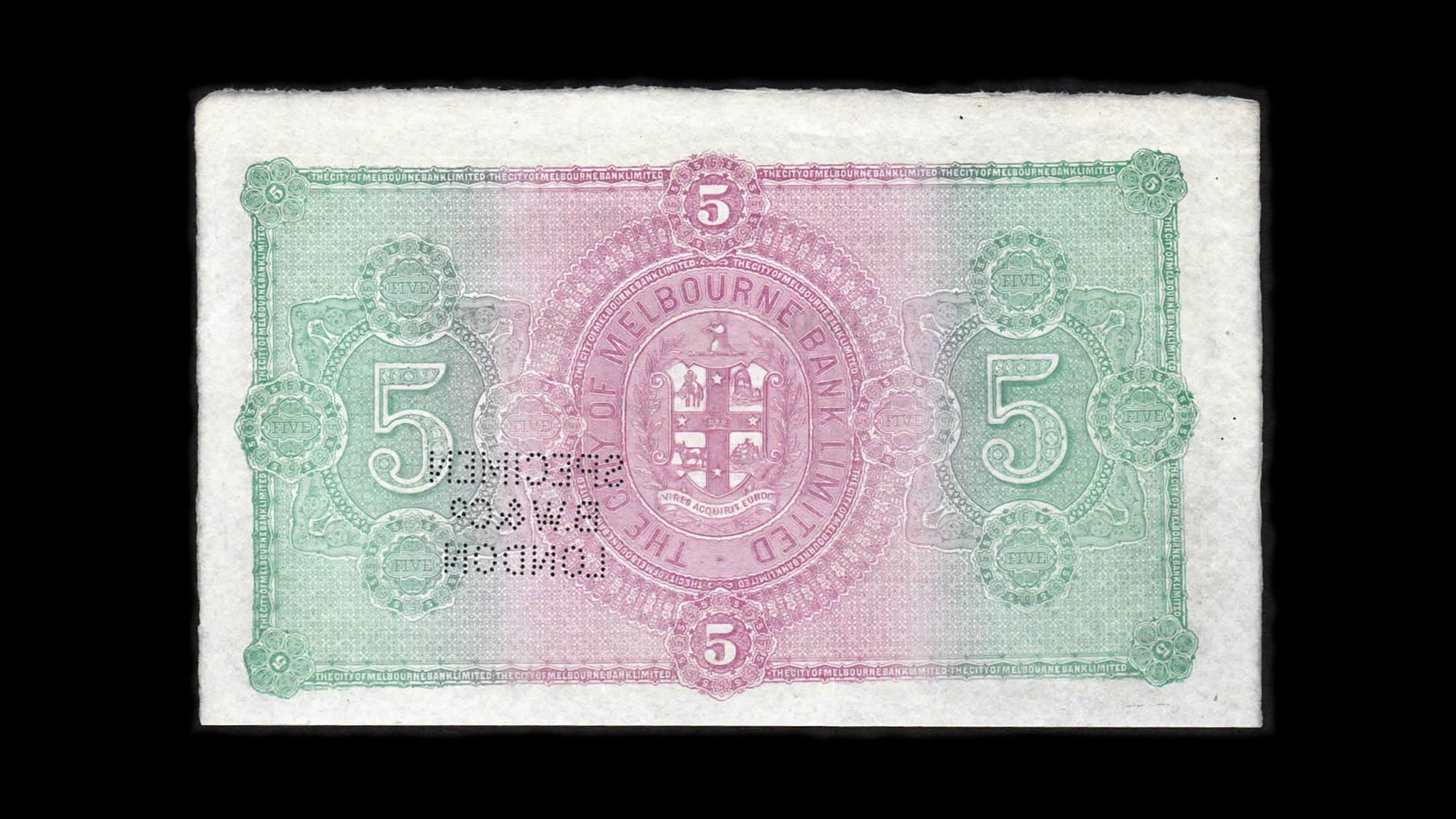 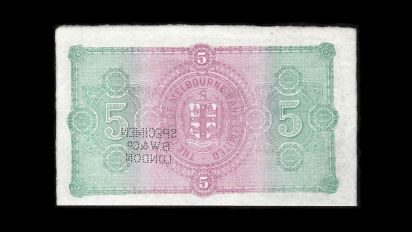 Archived for more than a century by London engravers and printers Bradbury & Wilkinson, this City of Melbourne Bank Ltd Five Pounds has retained its original characteristics and original colour unaffected by the passing of time.

The Pre-federation specimen banknotes attract solid interest because they offer genuine quality. They also offer scarcity and have a glorious, rich history.

And they are being offered at a price that makes them very affordable.

The City of Melbourne Bank commenced business in Melbourne, Victoria in 1873 with a head office situated at Collins Street West.

Submitting its first ‘banking returns’ in 1874 the bank quickly prospered and was considered a pillar of the Melbourne establishment, eventually opening a branch in London in 1886. However, the bank eventually fell victim to unsustainable land speculation by some of its largest depositors, one of many factors that ultimately led to the banks demise.

The bank finally closed its doors on 7 August 1895.