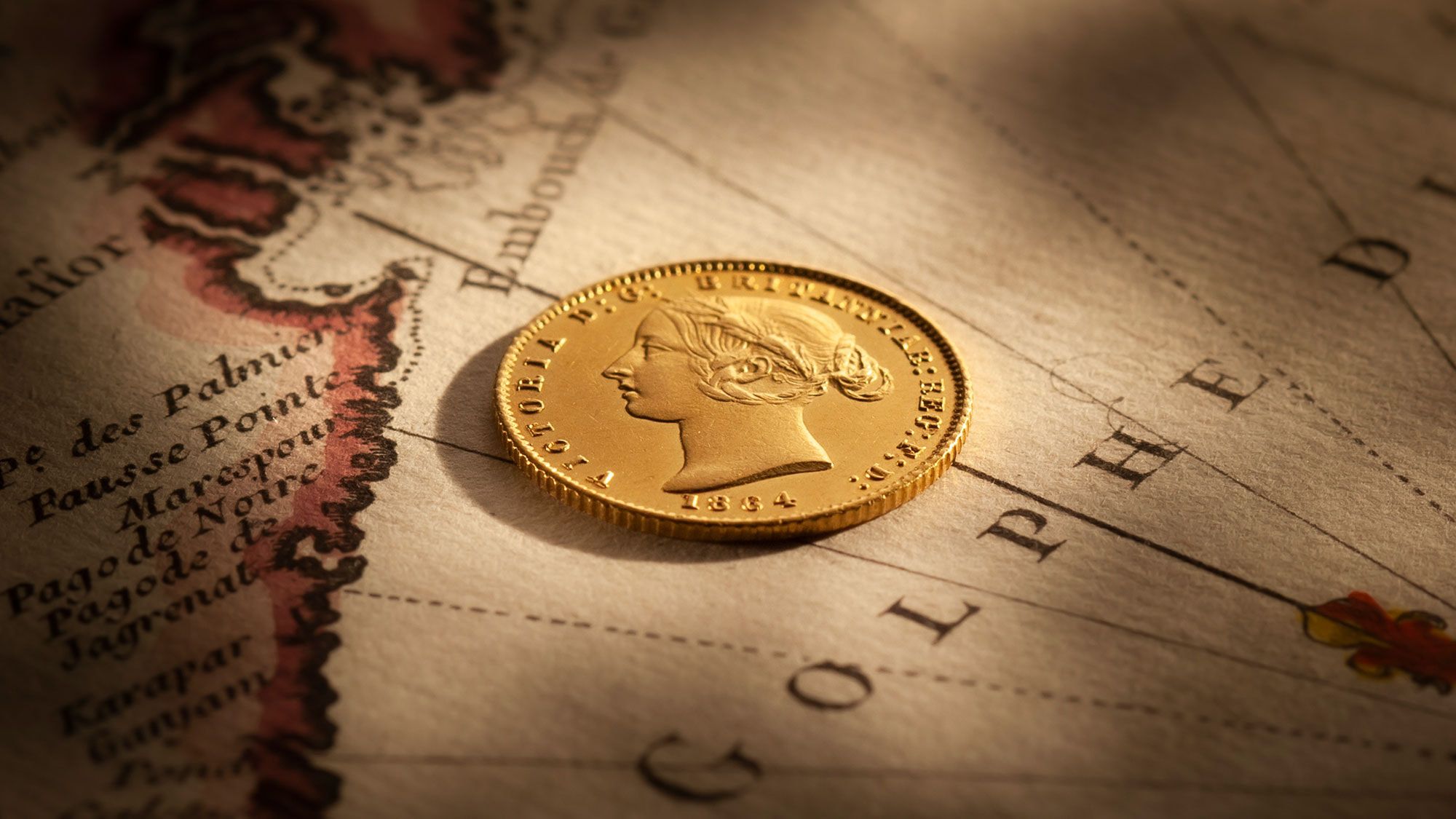 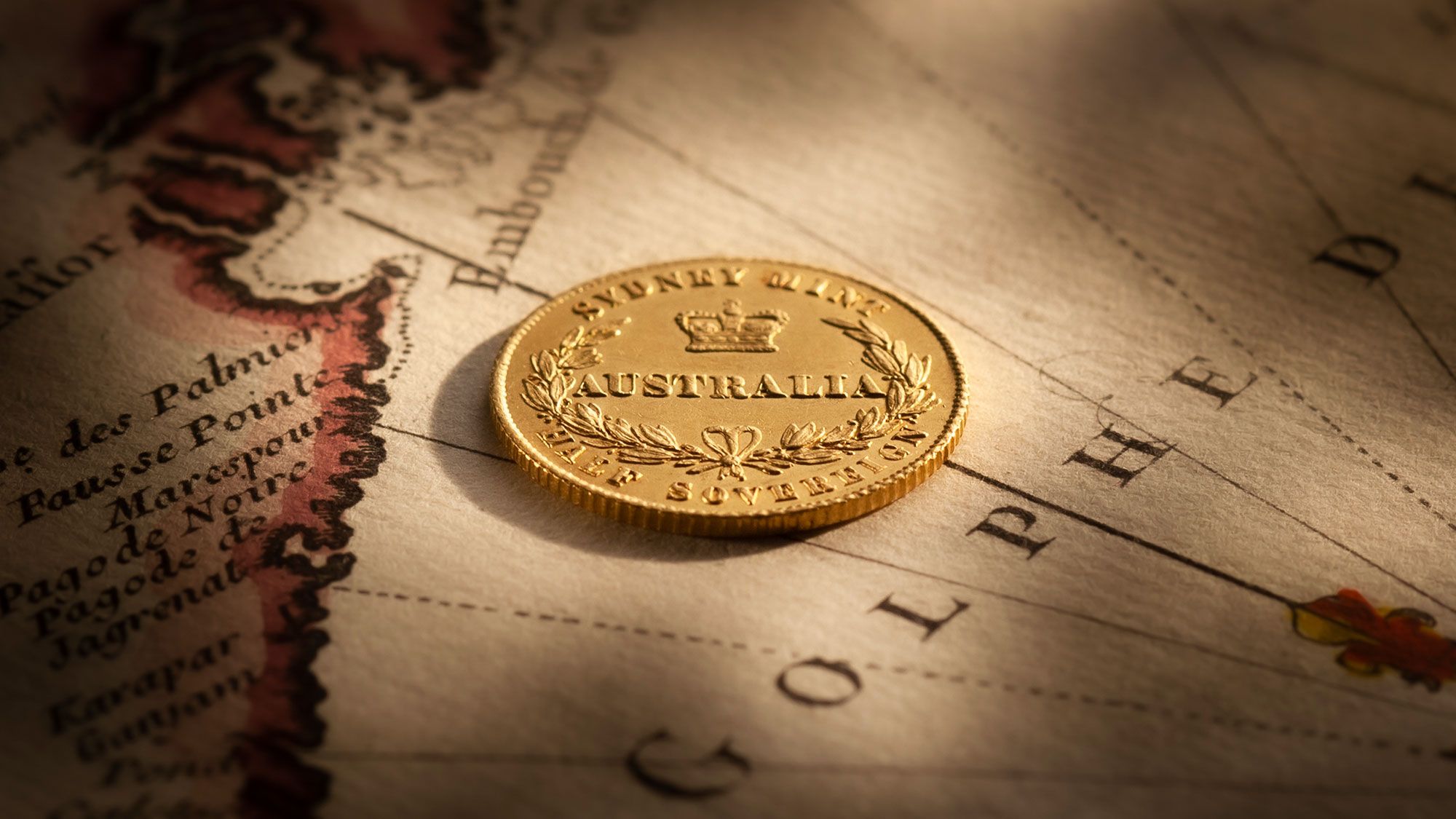 1864 Sydney Mint Half Sovereign, and one of the smallest mintages of the Sydney Mint Half Sovereign Series
COIN
1864 Sydney Mint Half Sovereign, and one of the smallest mintages of the Sydney Mint Half Sovereign Series
PRICE
$35,000
STATUS
Available now
QUALITY
Uncirculated, with proof-like surfaces and very rare in this condition
PROVENANCE
Quartermaster Collection sold by Monetarium 4 June 2009, lot 243
COMMENTS
The name, Barrie Winsor, is legendary. And so is the collection he formed, the Quartermaster Collection. Winsor, had an eye for detail. He could spot a great coin 'a mile away'. And he had the experience and knowledge built up over fifty-plus years in the industry to make a relative assessment on each coin. Which coin was better. Which coin was, in his opinion, the best. And he used both his eye and his experience to assemble the Quartermaster Collection for Queensland collector, Tom Hadley. It took twenty years to complete the task! There is no greater endorsement of this 1864 Half Sovereign than it was acquired to become part of the Quartermaster Collection. The coin is highly lustrous, a cameo-perfect example with strong, unblemished edges that frame the coin. Given the limitations in size, the design is well-executed and the fields are super smooth. Quite amazing when you consider that the Half Sovereign was the lifeblood of the colony, manufactured for use in every-day commerce. Even more amazing that it survived the production process at the Sydney Mint unscathed where it would have hurtled down a chute and into a barrel. And this superb colonial gem is available now. The technical shots re-affirm its glorious state. 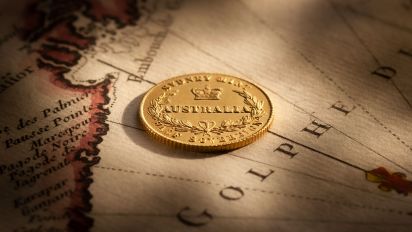 In 1864, nine years after it opened, the Sydney Mint was in full-swing and struck close to 3 million Sovereigns. Half Sovereign production was modest ... a tiny 140,000 coins. And this coin was one out of the original mintage.

Given that eastern colonies (Queensland, Victoria and New South Wales) recorded one million inhabitants, that equates to one half sovereign for every seven citizens.

The very reason why most half sovereigns out of this era come well used.

An investigation of auction records re-affirms the scarcity of the 1864 Half Sovereign, and in particular top quality examples. Over the past thirty years just over one hundred 1864 Sydney Mint Half Sovereigns have come onto the market. Of those only three were Uncirculated. And this coin is one of the three.

This 1864 Half Sovereign is a stand-out piece. Well struck and obviously cherished in the one hundred and fifty eight years since its striking. Its state of preservation verges on the miraculous. 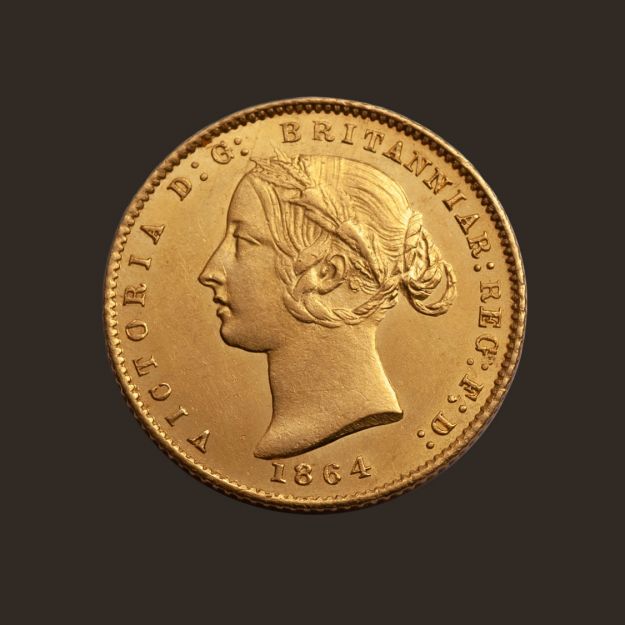 Designed by Leonard Charles Wyon, the obverse depicts Queen Victoria with a sprig of banksia in her hair.  Note the edges and the surfaces. 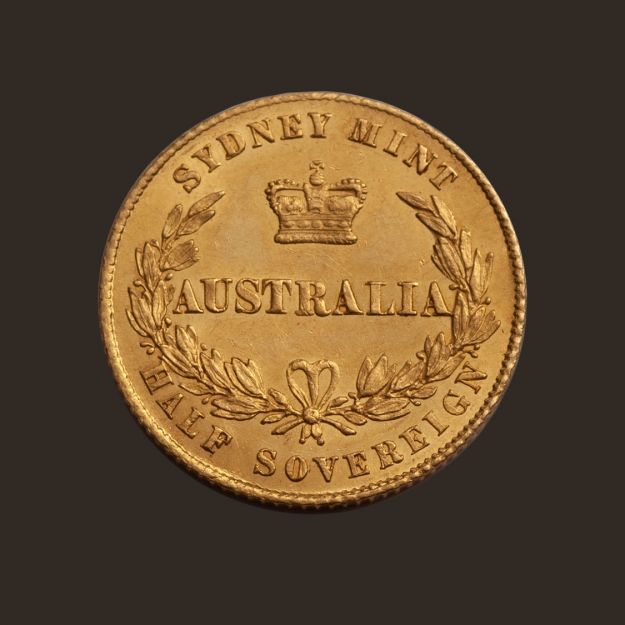 Designed by Leonard Charles Wyon, the reverse incorporates the Sydney Mint, the issuing authority, and the word 'AUSTRALIA'.

In 1851, the Sydney Morning Herald published an editorial championing the establishment of a branch of the Royal Mint in Sydney to buy gold at full price and strike it into sovereigns.

The plan for a branch of the Royal Mint received great support from the diggers. Solid opposition came from the banks and a prominent group of private individuals both of whom had become major buyers of gold on the fields at prices discounted well below the full London price. Profits were at stake! Both factions had earlier joined forces to quash a proposal for a Sydney Assay Office that would have also impacted negatively on their commercial interests.

While it is true that New South Wales had in 1851 formally petitioned the home office in London for a branch of the Royal Mint, the decision had already been made in the British Parliament to give the colonies greater autonomy and establish a branch mint to allow them to strike coins of the realm, the sovereign and the half sovereign.

The Sydney Mint would strike sovereigns and half sovereigns to exactly the weight and fineness levels at the Royal Mint but they would have their own design. This was to protect the international reputation of the imperial sovereign in the event that Sydney was unable to meet the exacting standards demanded of the coin.

On the 19 August 1853 Queen Victoria gave formal approval to establish Australia’s very first mint at or near Sydney in New South Wales. In the same year, the Royal Mint London prepared designs of Australia’s first gold coinage and manufactured the dies.

The sovereign (and half sovereign) obverse design was a filleted bust of Victoria, only slightly different to that used on British sovereigns. The obverse quickly fell out of favour and James Wyon was ordered to engrave a new obverse that would be uniquely Australian to easily distinguish the colonial sovereigns from their British counterparts.

To this end, a new portrait was introduced in 1857 that featured Queen Victoria with a banksia wreath in her hair instead of the band.

The reverse design was based loosely around contemporary reverse designs of the British sixpence and shilling. Its strong point of difference to the British sovereigns was the inclusion of the words 'Australia' and 'Sydney Mint'.

The use of the word Australia, a fascination with historians. At the time the nation was operating as separate colonies. Australia did not operate under a single Government until Federation in 1901.

The first Deputy Master of the Sydney Mint was Captain Edward Wolstenholme Ward, a trained member of the Royal Engineers. Ward arrived in the colony in October 1854 on the ship Calcutta, along with other members of the Royal Engineers, a sergeant, three corporals and twelve privates. The group was deposited on Circular Quay with the bales and boxes of Sydney's new mint, along with the dies.

The Sydney Mint was established in a wing of the 'Rum Hospital' in Macquarie Street, Sydney. The mint began receiving gold on 14 May 1855 and issued its first gold sovereign soon after on June 23. Half sovereigns were minted some months later.