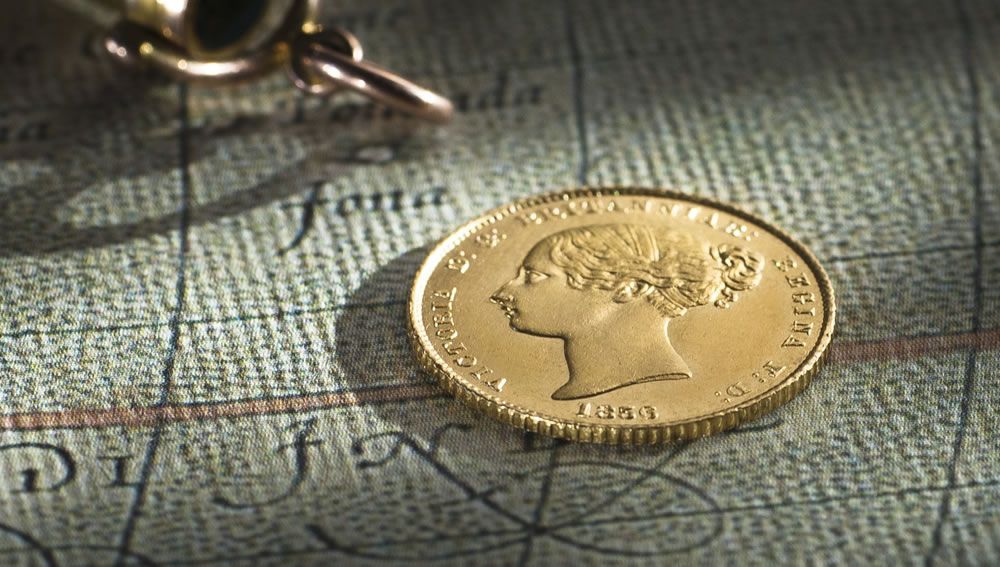 The nation’s inaugural half sovereign design only lasted two years, 1855 and 1856, making both years critically important. The design is referred to as the Type I design.

An exceptional quality, extremely rare half sovereign: well struck with sharp edges this 1856 half sovereign is one of the finest known and presents a genuine once-in-a-lifetime opportunity.

That it was formerly owned by Queensland collector, Tom Hadley, comes as no surprise. He loved gold coins and he only ever wanted the very best quality. And this coin is one of the very best.

It took (now-retired) dealer Barrie Winsor more than 22 years to accumulate Hadley’s gold coin collection to a quality level that satisfied both Winsor’s – and Hadley’s - collector aspirations. The journey saw Winsor tap into other noted collections formed by Robert Jaggard and the late Paul Terry. Hadley sold his collection in 2009: his quest to acquire the very best gold coin collection satisfied.

Australia’s first half sovereign design has fascinated historians and collectors alike. The full name of the mint, Sydney Mint, was incorporated into the legend: going against all known protocols at the time.

Furthermore the coins were inscribed with the national name, Australia, even though the country was at that stage operating as separate colonies. Australia did not operate under a single Government until Federation in 1901.

The obverse design was far less controversial and was similar to that used on British coins at the time.