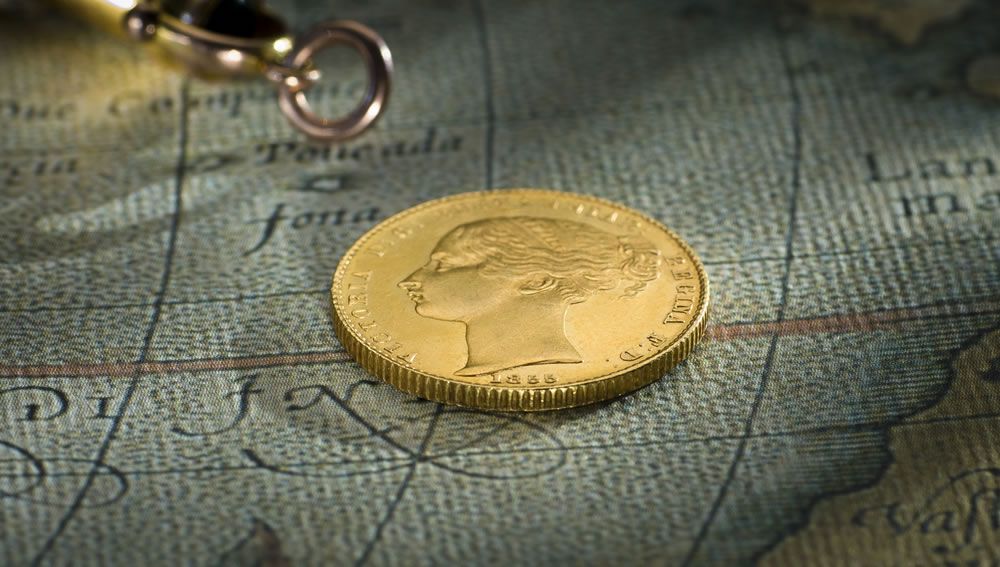 The striking is sharp and highly detailed, as though the coin was struck individually in a controlled environment. And we know that this is simply not the case. While the Sydney Mint pulls at our numismatic heart strings as the nation’s first mint, and the very first overseas branch of the Royal Mint London, it was none other than a coining factory.

Miraculously this coin has gone through the minting process and has avoided the contact marks that we typically see in most gold coins.

How do you explain the extraordinary condition in which it is presented? The coin is proof-like. It is as though the coin was hand-picked off the production line the instant it was struck. And quite obviously cherished in the intervening years.

The chain of ownership is a re-affirmation of its quality. This coin has been formerly owned by A H Baldwin, Robert Jaggard and Tom Hadley.

A H Baldwin was a collector and professional dealer based in London. His acumen for selecting the very best coins is still to this day recognised worldwide.

Robert Jaggard is a leading gold coin specialist. (His name has been prominent in the media as having sold all four of the known 1920 Sydney Sovereigns: million dollar-plus items.) A professional of his calibre, with access to vast quantities of gold coins, would only ever acquire the very best for his personal use.

And Tom Hadley? He used the services of Barrie Winsor to accumulate the very best gold coin collection over a period of more than twenty years.