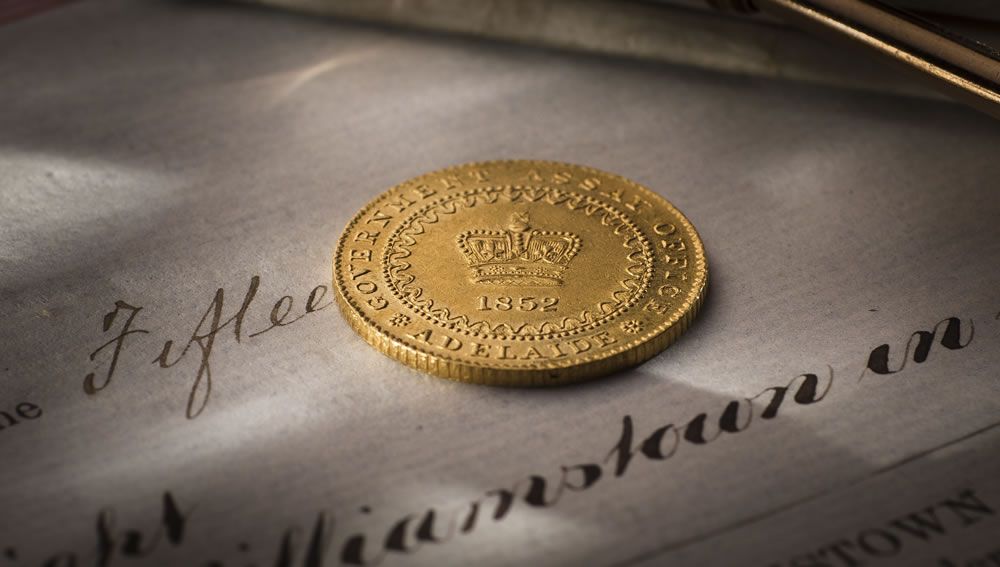 1852 Adelaide Pound
COIN
1852 Adelaide Pound
PRICE
$ 55,000
STATUS
Sold March 2017
QUALITY
good Extremely Fine / about Uncirculated
PROVENANCE
Private Collection Melbourne
COMMENTS
We openly state that we are tough when it comes to selecting Adelaide Pounds. But it is the rigour of our selection process that ultimately delivers a coin that is the exception to those most frequently seen. And a “quality bonus” therefore for our clients. The Adelaide Pound is a coin to enjoy. To enhance the experience we will provide, with our compliments, Thomas Gill’s historical book, Coinage & Currency of South Australia. Published in 1912, it is still to this day the major reference on the 1852 Adelaide Pound.
Enquire Now

Owning an 1852 Adelaide Pound is for many Australians a lifetime’s ambition. It is the nation’s very first gold coin, struck at the Government Assay Office Adelaide and is extremely rare and highly valued. And this Adelaide Pound is impressive. It is a coin that you would be proud to show your family and friends.

Over and above the rigours of circulation, we have certain protocols that we invoke when it comes to selecting Adelaide Pounds struck using the second die.

We closely scrutinise the surfaces and edges. Gold is a soft metal and the majority of circulated gold coins show obvious blemishes: defects that are clearly visible to the naked eye and that we reject.

We also scrutinise the striking. History records that the minting of the Adelaide Pound was plagued with problems, issues that ultimately impacted on the strength of the striking.

So while our protocols are tough they ultimately deliver a coin that is the exception to those most frequently seen.

A coin such as this piece.

The outstanding quality attributes of this piece and the unique historical status of the Adelaide Pound ensure that this coin will always be sought after.