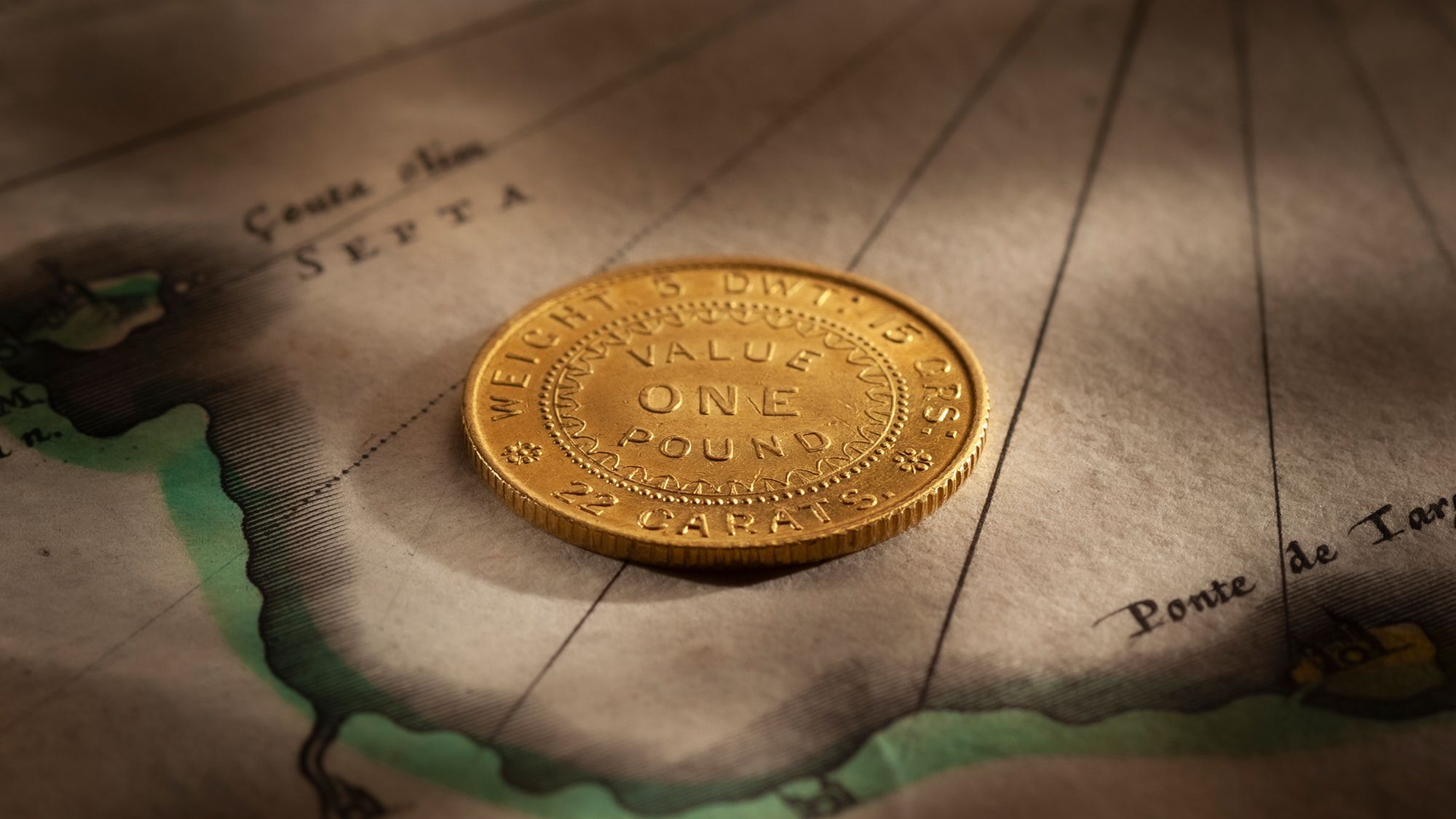 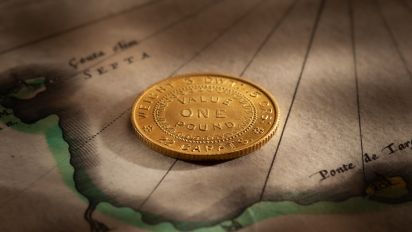 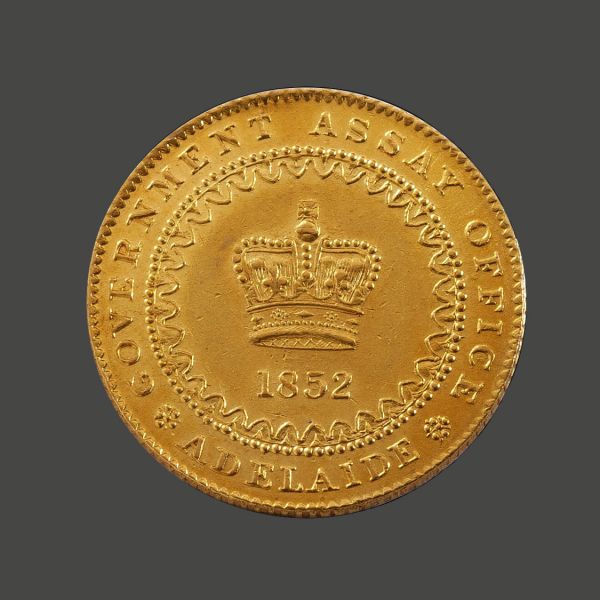 Complete edge denticles all the way round. And strength in the legend Government Assay Office. This 1852 Adelaide Pound is a stand-out piece.

The coin is a classic Australian numismatic rarity, as is the 1813 Holey Dollar and 1813 Dump.

Its status as Australia’s first gold coin ensures that it will always be sought after and strengthens its investment value. Its investment value is also enhanced by its rarity for we estimate that perhaps 250 examples are available to collectors, across all quality levels, from the worst to the very best.

The Adelaide Assay Office was opened one hundred and sixty-nine years ago as a refinery to strike gold ingots.

Except for ensuring the accuracy of the weight and purity of gold in the Adelaide Pound, there was minimal care regarding the overall striking and its eye appeal.

The coins were hammered out and hurled down an assembly line, more than likely into a barrel or bucket.

We also know from historical records, the striking of the Adelaide Pound was fraught with problems. During the first run of coins, the reverse die cracked.

A second die was used, with a different design, and to minimise the risk of further cracking, the pressure was reduced.

While the reduced pressure extended the life of the dies, it created its own set of problems in the execution of the design detail. The very reason why we always consider the strength of the strike as well as the grading level and aesthetics of the 1852 Adelaide Pound when making our assessment.

Knowing the rough and ready way in which the Adelaide Pounds were struck.

And the problems that occurred within the Assay Office during the minting process, we always consider three aspects whenever we are checking out a second die Adelaide Pound.

This 1852 Adelaide Pound has a crenellated inner border abutting a beaded inner circle indicating it came from the second production run of Adelaide Pounds.

Once a buyer moves up the quality scale however, the pool of available examples rapidly diminishes.

The second aspect we consider is the Adelaide Pound's eye appeal.

For us, irrespective of the quality, the coin has to look good. We don't like heavy knocks. And we don't like gouges.

Thirdly, we look at the strength of the strike.

Disaster struck during the early stages of the minting of the 1852 Adelaide Pound. Joshua Payne confirmed as much in an interview in the 1870s indicating that staff had struggled to find the correct pressure levels to exert on the dies to execute a strong design.

When production commenced, the pressure was applied to the edges (to ensure that the denticles and legend were perfect) and it cracked the reverse die in the DWT section of the legend. (The very reason why the coin is often referred to as the Cracked Die Adelaide Pound.)

When the mishap was discovered, minting was temporarily halted. The cracked reverse die was replaced. The critical point being that the new reverse die had a different design. More intricate, it featured a scalloped inner border abutting a beaded inner circle. (The second die Adelaide Pound.)

Relaxing the pressure in the production of the second run of Adelaide Pounds lengthened the die usage but created its own shortcomings. For once the pressure was reduced, the perfection that was achieved in the edges of the Cracked Die was simply not achievable. Most Type II Adelaide Pounds will have weakness in their edge denticles in the Government Assay Office area. And the legend Government Assay Office will be poorly executed. But nearly always, the crown design is sharp and if there are flattened areas in the crown, it is simply due to wear.

The challenge for collectors is to find an Adelaide Pound Type II that shows maximum strength in the edge denticles and the legend 'GOVERNMENT ASSAY OFFICE ADELAIDE'.

And they do exist! This 1852 Adelaide Pound is evidence of such.