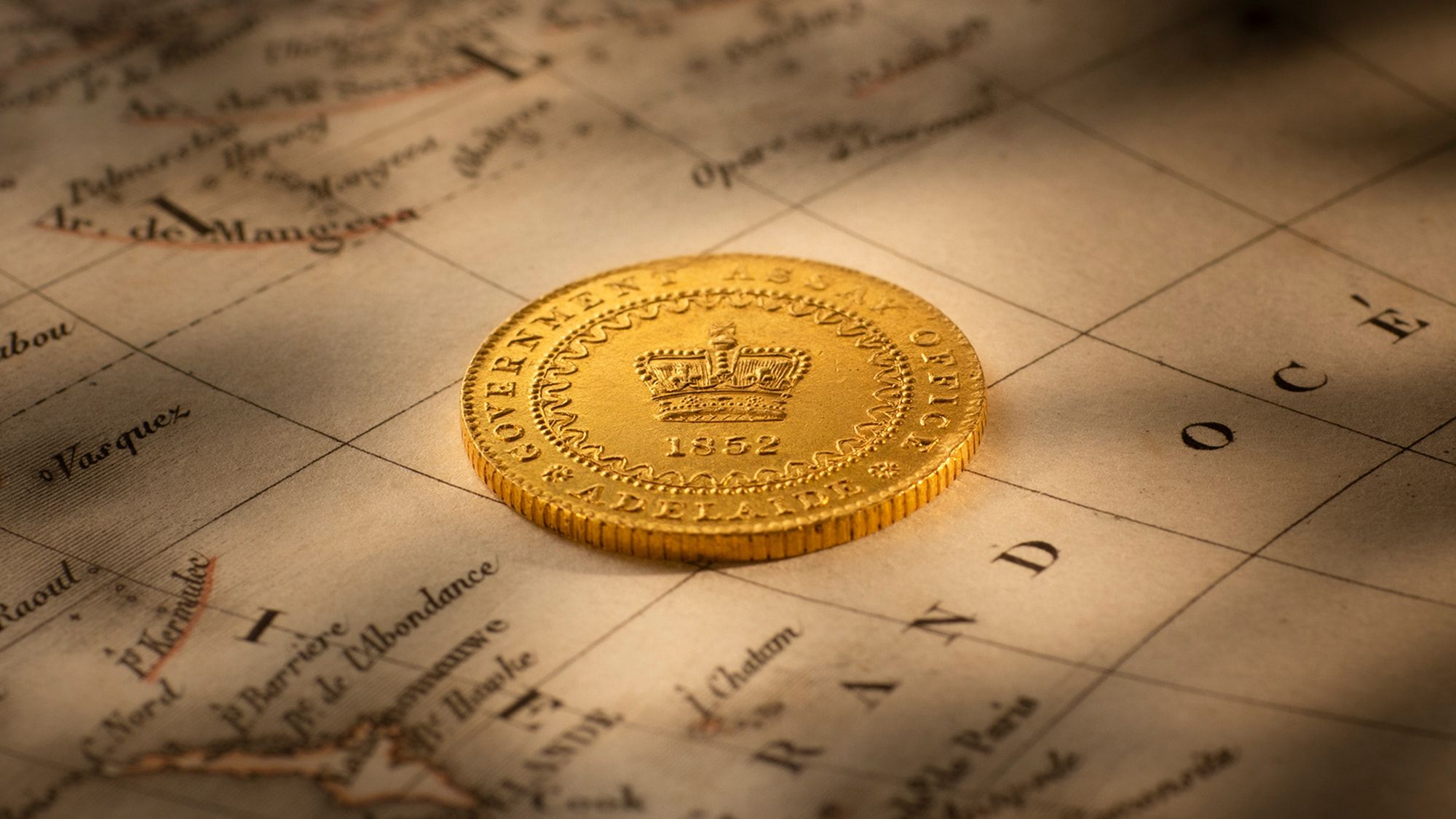 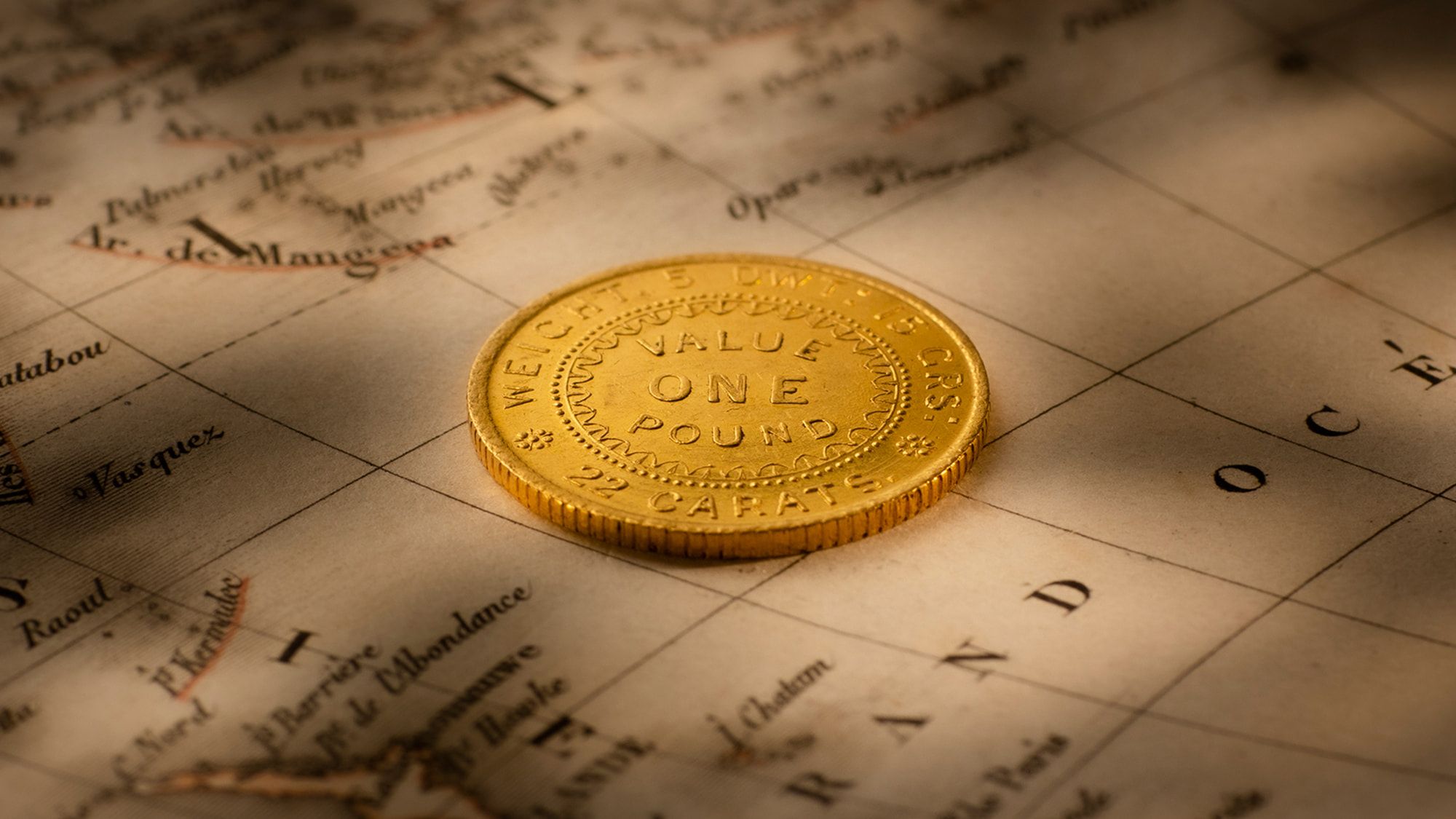 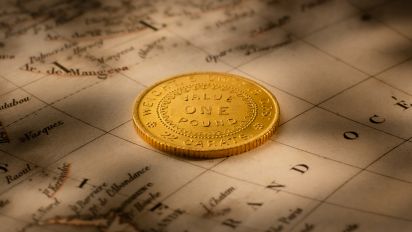 The 1852 Adelaide Pound holds a very special place in Australia's history as the nation's first gold coin. It is a classic Australian numismatic rarity, as is the 1813 Holey Dollar and 1813 Dump, the Square Penny and the 1930 Penny.

The Adelaide Assay Office was opened one hundred and sixty-eight years ago as a refinery to strike gold ingots. Except for ensuring the accuracy of the weight and purity of gold in the Adelaide Pound, there was minimal care regarding the overall striking and its eye appeal. The coins were hammered out and hurled down an assembly line, more than likely into a barrel or bucket.

We also know from historical records, the striking of the Adelaide Pound was fraught with problems. During the first run of coins, the reverse die cracked. A second die was used, with a different design, and to minimise the risk of further cracking, the pressure was reduced.

Knowing the rough and ready way in which the Adelaide Pounds were struck. And the problems that occurred within the Assay Office during the minting process, we always consider three aspects whenever we are checking out an Adelaide Pound that has been struck with the second die.

Well circulated Adelaide Pounds are reasonably available, with expectations that a collector would sight a few examples each year. Once a buyer moves up the quality scale however, the pool of available examples rapidly diminishes.

The second aspect we note is the Adelaide Pound's eye appeal. For us, irrespective of the quality, the coin has to look good. We don't like heavy knocks. And we don't like gouges.

Thirdly, we look at the strength of the strike. Given the difficulties that occurred during the minting of the nation's first coin, we examine just how well the design was executed.

There is strength in the legend in the ASSAY area which is not always seen. The ermine in the lower band of the crown is visible. The pleats in the fabric in the crown also are highly detailed. 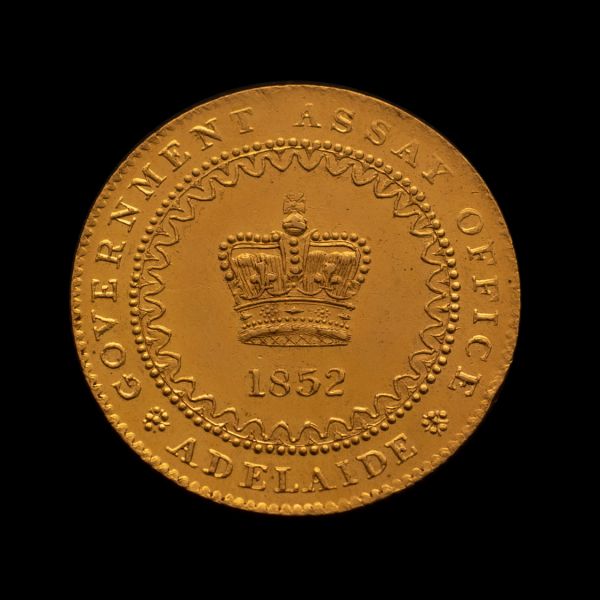 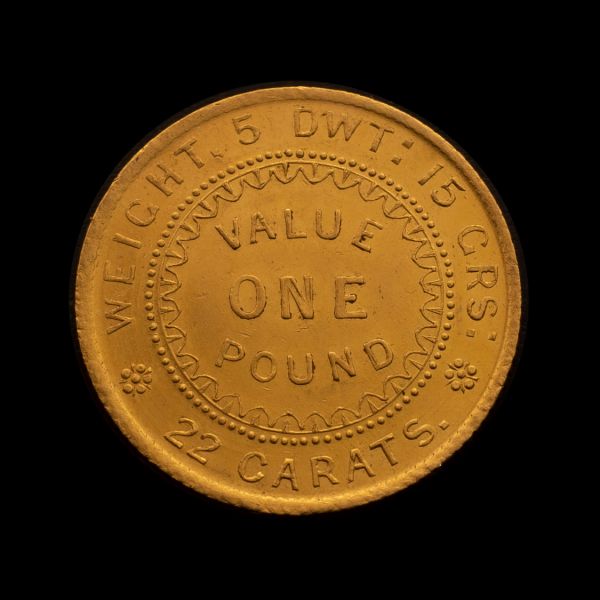